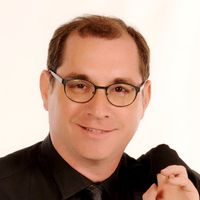 Chromecast Audio is a small device that attaches to your traditional speakers. It enables the speakers to stream music and audio programming wirelessly from different devices and different online-based sources.

Some speakers are "smart," and connect to the internet directly and wirelessly in order to stream audio and music content. Older speakers, of course, aren't so smart and need some help. That's where the Chromecast Audio comes into play.

So, if you have traditional (older) speakers, but want to be able to wirelessly play audio programming and music that's streamed from your Internet-connected smartphone, tablet, or computer, simply connect a Chromecast Audio device to the speaker(s). The device is then controlled using the Google Home app that gets installed on your mobile device.

Audio speakers have evolved a lot in recent years. While the sound quality they offer has typically improved, the cost of high-quality speakers has dropped significantly. More recently, the ability to stream audio from a computer or mobile device wirelessly (via Bluetooth or Apple AirPlay) has been added to many newer speakers. Meanwhile, a new category of Internet-connected "smart speakers," such as Google Home, Amazon Echo, and Apple HomePod, have also become popular.

It's important to understand that the Google Chromecast device and the Google Chromecast Audio device (sold separately) look very similar in appearance, but their purpose is different. While the Chromecast device is designed to stream video and/or audio to your HD television set (or the home theater system connected to it) from the internet (via your mobile device), the Chromecast Audio device can only stream audio content from the internet, via your mobile device (or computer), to traditional speaker(s).

Connect a Chromecast Audio Device to Your Speakers

For the Chromecast Audio device to work, it's necessary to first install the free Google Home mobile app onto your smartphone or tablet, and then complete the one-time Set-Up procedure by following these steps:

When using any app with the Cast feature, to stream the audio from your mobile device to the speaker with the Chromecast Audio device connected to it, tap on the Cast icon that's displayed on the player screen, and then tap on the listing for the speaker appropriate speaker name, such as Living Room.

Installing Chromecast Audio to Work With an Internet-Connected Computer

Music you stream from the internet to your computer can be played wirelessly through speakers with a Chromecast Audio device plugged in.

To accomplish this, install and run the Chrome web browser on your PC or Mac computer. Visit the website for the streaming music service of your choice, and then click on the Cast option within the web browser. The Cast menu option can be found by clicking on the menu icon (which looks like three vertical dots) located in the top-right corner of the browser window.

In addition to the Play Music app that comes preinstalled on all Android smartphones and tablets, Chromecast Audio currently works with the Pandora, Spotify, iHeartRadio, YouTube Music, and SoundCloud mobile apps, along with dozens of other audio apps currently available from the App Store (iPhone/iPad), or Google Play App Store (Android). These apps are free, but most require you to set up a free or paid (subscription-based) account.

You must have an account with a compatible music or audio streaming service.

While Chromecast Audio works with the iPhone/iPad in conjunction with many third-party audio streaming apps, the Apple Music service (and Music app that comes preinstalled on iPhones and iPads) is not supported.

Depending on the audio streaming service you use (which depends on the compatible mobile app you install onto your smartphone or tablet, or the website for the streaming music service you visit from your computer running the Chrome web browser), it's typically possible to:

If you have multiple (compatible) speakers throughout your home, and connect a separate Chromecast Audio device to each speaker, from within the Google Home mobile app, it's possible to stream audio content to all of the speakers simultaneously. Set this up by selecting Devices from the Google Home mobile app's menu, and then choosing two or more connected speakers. Create a speaker group to link multiple speakers together.

Chromecast Audio is Useful, But Not for Everyone

If you already own speakers that are Bluetooth or Apple Airplay compatible, or that are considered "smart speakers," which utilize their own internet connection, the Google Chromecast Audio device is not required. This device is used simply to make traditional (low-tech) speakers able to stream audio programming from the internet via your mobile device or computer.