Take on the undead in these Xbox One zombie games 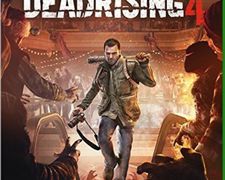 Best for Wildness
Capcom Dead Rising 4
You play as Frank West, a former photojournalist, who investigates a zombie-filled mall, only to find himself needing to escape.
Buy on Amazon 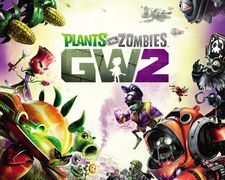 Best Open World
Undead Labs State of Decay 2
In State of Decay 2, you'll set up bases as you rescue, cure, train, supply, and even betray individual characters.
Buy on Amazon

Best for Non-Stop Action
Saber Interactive Killing Floor 2
The first-person shooter can be played alone or with six players via online co-op.
Buy on Amazon 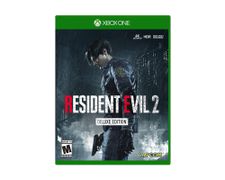 Best Upcoming Release
Capcom Resident Evil 2
In Resident Evil 2, you follow the story of a police officer and college student as they battle their way through the chaotic, zombie-filled Raccoon City.
Buy on Amazon

You know you own one of the best Xbox One zombie games when it inspires you to make your own real-life apocalypse plan. These games were designed to portray different end-of-the-world scenarios, with each franchise having its own aesthetic and gameplay style that can entertain everyone.

Almost everyone can play a version like EA Plants vs Zombies: Garden Warfare 2 at Amazon. This E 10+ game is great for kids, who are 10 and older, and adults alike. This third-person shooter has many modes to choose from, so you can create a different gameplay experience each time you log on. If you want the first-person shooter experience to fully immerse yourself into a dystopian world, and can handle an M rating, Saber Interactive Killing Floor 2 at Amazon is perfect for you. The gameplay is fast-paced, flooded with both zombies and action, and can be played by up to 6 people in multiplayer mode, making it a perfect contender for our list of best Xbox One zombie games. 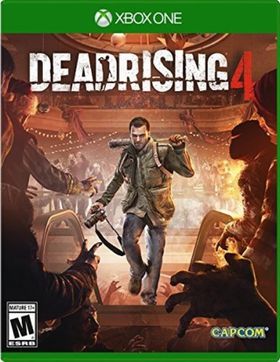 Dead Rising 4 is an action-adventure open-world zombie game that doesn't shy away from absurdity. The game takes place in a giant megamall full of thousands of zombies where you'll have to use anything and everything as a weapon to mow down hordes of the undead.

You play as Frank West, a former photojournalist, who investigates a zombie-filled mall, only to find himself needing to escape. The game doesn’t take itself too seriously, offering a goofy story and the ability to invent a wide array of insane combo weapons, like sledgehammers with grenades on them or a slicecycle (a motorcycle with two chainsaws). RPG elements are packed in Dead Rising 4, and you’ll gather experience points by doing everything from rescuing survivors to taking down maniac clown armies, so you can upgrade your health and attack damage. Once you finish the story, you can play it again with all your saved progress in its “New Game +” mode. 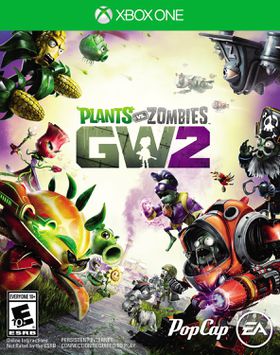 Plants vs. Zombies: Garden Warfare 2 is a kid-friendly approach to a zombie game for Xbox One. Made for ages 10 and up, the zany, action-packed, third-person shooter includes a split-screen offline mode, so you can battle with a friend as various plants or zombies in the fight for suburbia.

Plants vs. Zombies: Garden Warfare 2 is packed with a ton of maps and modes that give players a variety of gameplay options. You can battle waves of different zombies or try the “Graveyard Ops” and play as the zombies yourself. Each of the 100 playable characters includes 14 character classes that change up tactics and play styles. Be a tank citrus with a laser shield or a jetpack-equipped, dual blaster wielding imp in a battle for the garden. If you are up for a fun with a cartoony zombie game that can be played alone, together offline, or with 24 other players online competitively, this one is for you.

Buy on Amazon Buy on gamestop.com Buy on Target

If you remember the zombie mode in Call of Duty: World at War, you will fall in love again with Call of Duty Black Ops III Zombie Chronicles. The best first-person shooter zombie game brings back and remasters all the classic zombie maps from the previous Call of Duty games up to Black Ops II.

The addictive Call of Duty Black Ops III Zombie Chronicles features simple yet fun gameplay, involving you bunkering down in a location, hammering wooden boards over windows, and fending off round after round of zombie waves. Included are eight fully remastered maps that not only get a boost in graphics over the originals but add audio enhancements that make the guttural snarls of the undead even more unnerving. The game features online co-op multiplayer that allows you and three others to battle waves of zombies as you collect weapons, unlock areas, and gain special perks like enhanced abilities.

The game puts you in the midst of a giant zombie attack on a beautiful tropical island full of lush trees, bright parties, and hotel resorts. You'll use a diverse set of weaponry, like modifiable melee combat weapons and firearms, that you'll level up by killing tons of zombies and completing missions. Three upgradeable skill trees—“Fury”, “Combat”, and “Survival”—can be unlocked that give you special abilities like boosting your damage with blunt weapons, increasing inventory space, or raising your luck to find new weapons. The Dead Island Definitive Collection also includes a 2D 16-bit beat ‘em up game called Dead Island Retro Revenge where you place carefully timed attacks on zombies.

State of Decay 2 takes place in an open world marred by a zombie outbreak where you must survive by exploring, managing resources, and building a community. It attempts to be a realistic approach to what would happen in a zombie apocalypse and includes gameplay dynamics like skill development and far-reaching consequences for your actions.

In State of Decay 2, you'll set up bases as you rescue, cure, train, supply, and even betray individual characters, each with their own personality and upgradeable stats similar to an RPG. You’ll need to survive by going out on risky supply runs where you’ll raid houses and grocery stores, while carefully judging the risk of engaging or sneaking around zombies. The game features cooperative gameplay with three other players, so you can fight with friends together and save humanity.

When you absolutely want to be terrified in a zombie game, Resident Evil 7 Biohazard will get under your skin. The first-person survival horror game is considered a return to form for the franchise that pioneered the genre.

In Resident Evil 7 Biohazard, you're dropped into a decrepit plantation mansion on the hunt for your wife. Inside, you'll find a hostile, cannibalistic family and mold monsters as you solve grotesque puzzles, look for clues, and arm yourself with a variety of weapons. You'll feel the tension build as you walk down a dimly lit corridor, hoping nothing jumps out in front of you in this instant horror classic.

Resident Evil Origins Collections gives you a piece of zombie gaming history with updated versions of the games that started one of the defining franchises in the genre. The game includes both the original Resident Evil 1 and Resident Evil 0 with 1080p support and high-resolution graphics.

In the original Resident Evil series, you investigate ominous locations by solving puzzles and unraveling clues along the way. Take in the detailed designs of the grim environments in research labs and graveyards with the game's fixed camera angles. With no control of the camera, the offscreen rushing pitter patter and huffing of an aggressive reanimated corpse builds up the tension. If you're familiar with the originals or not, you'll find joy in thinking outside the box to reserve storage space and ammo as they take carefully timed and placed magnum shots at your worst nightmares.

Killing Floor 2 is an exciting mess of non-stop action that’ll get your heart pounding as you fight through waves of zombies. The first-person shooter can be played alone or with six players via online co-op.

When you first start out in Killing Floor 2, you’ll pick one of nine classes that fit to your preferred play style. Do you like blowing stuff up as a Demolitionist? Maybe you’re a dual wielding Gunslinger or a Medic who likes to heal others? The more you play your part with the appropriate weapons and tools, the more you’ll level up your character with access to new abilities and skills. You'll battle creepy crawlers, invisible banshees, and chainsaw-wielding buff zombies across stages ranging from an arctic outpost to literal hell. The action doesn't stop until you run into the boss battle at the end. 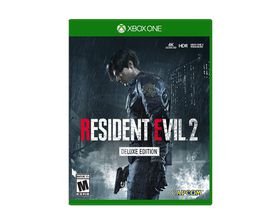 Resident Evil 2 is one of the most celebrated zombie games ever made and it's getting a fully reimagined and remastered re-release on Xbox One. The sequel that popularized the whole survival horror genre will come in 4K HDR detail with modernized graphics, physics, and effects that enhance its gory and grim presentation.

In Resident Evil 2, you follow the story of a police officer and college student as they battle their way through the chaotic, zombie-filled Raccoon City. Like Resident Evil 4, it opts out the franchise’s traditional fixed shots for an over the shoulder camera angle. It keeps up the same intensity as the original by building up moments with bloody footprints and groans in dark hallways. The game seeks to recapture the same magic that horrified everyone back in 1998, retaining the elements of investigation, solving puzzles, and edge-of-your-seat action as you discover the horrible secrets of how and why the undead virus broke out.