The 9 Best Xbox One X Games

The best games to purchase for the latest Xbox 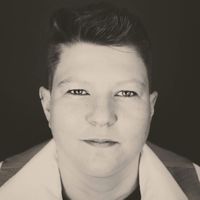 Even if you’ve only had a passing interest in console games these past 15 years, chances are you’ve heard of the Halo series. The first installment, Combat Evolved, defined and elevated the first-person shooter genre as well as local and online multiplayer. The Master Chief Collection brings together the 4 core games as well as a new, 5-episode digital series, entitled Nightfall, to create a definitive selection of Halo lore.

The collection boasts four single-player (or split-screen multiplayer) campaigns that are unlocked from the start so you customize your gaming experience. It also features over 100 multiplayer maps, including the original set from both Combat Evolved and Halo 2. The second game in the core series, Halo 2, has been remastered in the Halo 5 engine for its 10-year anniversary and contains teaser easter eggs for Halo 5.

The Master Chief Collection has been optimized for the Xbox One X to deliver 4K video capabilities and bring the Halo franchise into the current gaming generation.

With the Madden game franchise entering its third decade, Madden NFL 19: Hall of Fame Edition is a breath of fresh air. You can choose from one of five Hall of Fame players (Dan Marino, Brian Urlacher, Terrell Owens, Rod Woodson or Terrell Davis) and customize your teams with access to elite players, DLC packs, and customizable uniforms.

Madden 19 features what its developer calls “Real Player Movement,” which is enhanced, context-sensitive, animation for more realistic and varied play. It also has interactive touchdown animations so players can celebrate in their own way. In addition to the traditional Dynasty and Franchise modes, Madden 19 features a story mode that is the conclusion of the previous installment’s Longshot narrative.

Online multiplayer introduces 3-versus-3 matches to its usual line up of playstyles, and the game provides daily challenges for players to earn XP for upgrading players, teams, and coaches.

Forza Horizon 4 isn’t your typical racing game. Taking place in a fictional British setting, it includes condensed versions of Edinburgh, the Lake District, and the Cotswolds and features dynamic seasons. Each week, the in-game seasons and weather change to provide a myriad of conditions for an added challenge; everything from rain and mud to snow and ice.

The 72-player servers experience these changes simultaneously so everyone takes on the same challenges. You pick from a roster of 450 drivable, customizable cars to curate the perfect garage. Gameplay modes include online and offline single-player, cooperative team play and competitive ranked team racing with a plethora of weekly challenges, unique game modes, and rewards to keep players coming back for more.

Forza Horizon 4 also features a route creator for custom races and a story mode for players looking for more substantial single-player content. The game has the popular Lego mode that was introduced in Horizon 3 as well as a treasure hunting DLC pack for earning in-game credits.

Tom Clancy’s Rainbow Six: Siege is a 4-versus-4 online first-person shooter game developed by Ubisoft. The Advanced Edition includes the full base game, 600 in-game credits, and 10 Outbreak event collection packs, all containing various cosmetics. Siege focuses on environmental destruction and team cooperation to win matches. Players can tactically destroy parts of each map to gain an advantage over the other team or simply slow the other team’s progress.

It also encourages players to utilize vertical space, such as destroying ceilings and rappelling through windows to ambush or avoid the other team. Along with its seven multiplayer modes is a series of single-player missions. Its loose narrative centers around a fictional terrorist group, the White Masks. Before each match, you can choose a character from the FPI SWAT, British SAS, German GSG-9, Russian Spetsnaz, or French GIGN counter-terrorist units. Each has a unique set of customizable weapons and special gadgets you can use.

Monster Hunter World takes full advantage of the hardware and capabilities of the Xbox One X. The greatest advantage World has over previous installments in the series is that its elimination of loading screens for seamless transitions between zones. The game also features drop-in online multiplayer so folks can recruit up to three other players to help take down difficult monsters.

Its rich single-player campaign involves researching dragon migrations and other monster species and habits, bridging the gap between low- and high-rank quests. Quests carry over from single-player to multiplayer, so you don't have to worry about losing progress when switching game modes. Monster Hunter World retains the series’ core gameplay loop of hunting monsters for resources to create better gear and weapons while refining the user interface to make the game more accessible to series newcomers.

Resident Evil 7: Biohazard is a return to form for the fans of the longtime zombie-killing survival horror franchise. With a first-person perspective, refreshed mechanics and photorealistic graphics, calling it a truly terrifying experience is an understatement.

Taking place in a single location, a rural farmhouse in Louisiana, Spanish Moss and dull colors heighten its renewed focus on psychological horror and tension building. Its photorealistic textures were modeled, by hand, after pictures of real meat and character renditions from talented make-up artists. Unlike previous installments, Resident Evil 7 focuses less on action-packed firefights and relies instead on exploration and puzzles for the bulk of its gameplay.

The main character has little in the way to defend himself, so he can choose stealth tactics to avoid enemies or improvise weapons for a brief combat segment. Though optional, it does have two DLC expansions. The first, Not a Hero revolves around series veteran character Chris Redfield while End of Zoe is a direct continuation of the main story.

From the makers of classic mascot platformers Spyro the Dragon and Ratchet & Clank, as well as the more recent Spider-Man game for PS4, Sunset Overdrive doesn’t take itself too seriously, and that makes for a bonkers good time. Set in the fictional Sunset City, where a zombie apocalypse has been caused by energy drinks, of all things, the bright, colorful environment helps players build momentum for aggressive attacks rather than running from cover to cover in order to take out enemies.

Weapons in Sunset Overdrive range from run-of-the-mill assault rifles to truly ridiculous contraptions — like a grenade launcher that shoots explosive teddy bears. In addition to the single-player campaign, Sunset Overdrive has an online 8-player cooperative mode designed like a tower defense game: Players set up barriers and boobytraps to defend a location from mutants and human enemies. All in all, its frenetic gameplay and neon colors set Sunset Overdrive apart from other games in the same vein, making it a refreshing action-adventure option.

Speaking of Spyro, the Reignited Trilogy introduces the classic action-platformer series to a new generation of players. By the power of Unreal Engine 4, the graphics have been updating to suit modern consoles, and the controls and mechanics are now smoother while accommodating modern gamepads.

The bright, colorful world of Spyro holds plenty of collectibles, secrets, and bosses to battle to keep kids (and nostalgic adults) coming back for more. The collection also won the Australian Game Awards’ Family/Kids Title of the Year.

Slime Rancher is either a farming simulator or a life simulator, depending on who you ask. Players control a character who has been sent to an Earth space colony known as the Far Far Range to become a slime rancher.

Gameplay consists of exploration and farming tiny, adorable slime creatures for resources to sell. A "vacpack" comes in handy for sucking up or shooting out objects, food, and slimes. It can also be used as a jetpack for traveling the terrain. There are 16 farmable slime types and 4 non-farmable types, which you can only find in mini-games or by exploring the world. Slimes can be combined to create larger ones who produce more resources but can become feral "Tarrs" if fed too much.

Tarrs can only be eliminated with fresh water from your ranch. Slime Rancher taps into the addictive quality of farming and life simulators for a cathartic and relaxing experience.

The 8 Best Xbox Controllers
Was this page helpful?
Thanks for letting us know!
Tell us why!
More from Lifewire