The 8 Best Xbox One First-Person Shooters of 2020

The Rundown
Best Overall:
Treyarch Call of Duty: Black Ops 4 at Amazon
"Full of non-stop action and outstanding game modes."
Best Characters:
Blizzard Entertainment Overwatch at Amazon
"It is unlikely you will grow bored with this fun and diverse cast of characters anytime soon."
Best Cooperative:
343 Industries Halo: Master Chief Collection at Amazon
"A living, breathing canon to the best shooters in Xbox history."
Best Action:
Ubisoft Montreal Far Cry 5 at Amazon
"There are so many different things to do, it’s easy to get distracted from the main campaign."
Best Story:
MachineGames Wolfenstein II: The New Colossus at Amazon
"Few shooters deliver raw visceral thrills as well as an engaging narrative."
Best RPG:
Bungie Destiny 2 at Amazon
"Vastly improves on the mechanics and gameplay of the original."
Best Graphics:
EA DICE Star Wars Battlefront 2 at Amazon
"Beautiful cinematic gameplay, lots of action, and a heavy dose of Star Wars nostalgia."
Best Open World:
Bethesda Fallout 4 at Amazon
"A huge map with endless collectibles and secrets will last you seemingly forever."

The best Xbox One first-person shooters are games that immerse you into the storyline of the gameplay. These games have out-of-this-world graphics (even if the game takes place on earth), to help you feel like you are inside the game. The upscale designs are matched with intense, non-stop action to keep you on your toes. Remember, there are more Xbox One shooter games that aren't limited to first-person that you can expand your library with along with these games.

Our best overall pick is Treyarch Call of Duty: Black Ops 4 at Amazon. This videogame is a multi-player heaven. Play with friends and fellow gamers to complete fast-paced missions that will keep your adrenaline going the entire time. With two modes to choose from, the possibilities are endless! Finding the best Xbox One first-person shooters for you may take time, but the hours of fun it will give you in return makes it worth it.

If you want a game that’s full of non-stop action and outstanding graphics, look no further than Call of Duty Black Ops 4. For the first time in the Call of Duty series, there is no single player campaign — for some, that might be a deal breaker. But for others, the three available game modes will definitely be enough. Multiplayer is the game’s strongest mode and it's exactly what you’d expect. Game options like “Team Deathmatch” require you to pick a class of player (specialist, gunner, sniper, etc.) and then it’s run-and-gun to your heart's content. You control the speed of the action and develop your own winning strategy.

The remaining two modes, “Zombies” and the new “Blackout” mode, will also keep your heart pumping. “Zombies” is exactly what it sounds like, several maps where you navigate traps, puzzles, and the undead. And “Blackout” is very much like Fortnite’s “Battle Royale” mode, where it’s every player (or team) for themselves, fighting to stay alive in an ever enclosing circle of death until one winner emerges from the ashes. 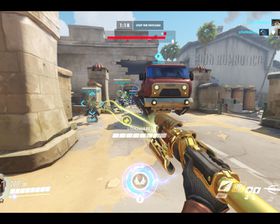 4
Buy on Amazon Buy on Walmart

Unique characters are far from rare in first-person shooters. Since the days of Goldeneye, they've been a mainstay of the multiplayer format. But few shooters go as far with their fun-to-play characters as Overwatch. With over 30 unique, playable "heroes" to chose from, it would be one thing if the characters were thinly veiled cosmetic skins. But, of course, Blizzard — no stranger to class-based combat — took things a step further.

Though the heroes of Overwatch fit into three general categories (Tank, Damage, and Support), each one goes about their role in wildly different ways, with various abilities, weapons, and powers at their disposal. Being a team-based shooter, the real key to victory in Overwatch is combining your abilities for the most powerful outcome. The possibilities, however, are endless, and it is unlikely you will grow bored with this fun and diverse cast of characters anytime soon. 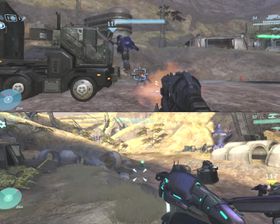 The Halo Master Chief Collection is a great title to have in your Xbox One collection for a number of reasons: It is four separate games with complete single-player campaigns and four distinct versions of multiplayer all in one package, and they all look awesome and play great. But we’re singling it out for its best-in-class co-op play.

Being able to experience Master Chief’s story all the way from landing on the first mysterious alien Halo ring through the events back on Earth in Halo 4 in one seamless experience alongside your friends is simply amazing. All four of the story campaigns are playable cooperatively with at least two players in local split-screen or online, and Halo 3 and Halo 4 offer four-player online co-op. And soon, MCC will be updated with Halo Reach as a free download, so you'll never run out of Halo to play by yourself, with friends, or millions across the world. 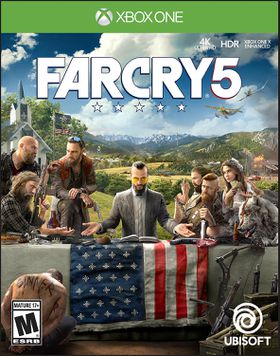 There’s no shortage of open world games on the Xbox One, but few can compete with Far Cry 5’s outstanding combination of beautiful graphics and endlessly varied gameplay. As an open world game set in the Montana wilderness, you’re free to explore to your heart’s content. You play as a sheriff’s deputy out to investigate some weird cult activity in the woods. Beware the outdoors, as you have to deal with not only evil cult members in helicopters but also wild animals like bears and mountain lions. There are so many different things to do, from exploring the immersive natural environment, finding collectibles, completing side quests, racing in ATVs and boats, fishing, hang gliding, it’s easy to get distracted from the main campaign. And it takes more than 25 hours to complete if you don’t get sidetracked, which is quite the lengthy campaign. 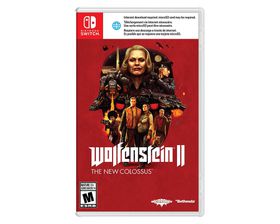 Buy on Amazon Buy on Best Buy Buy on Gamestop.com

Few shooters deliver raw visceral thrills as well as an engaging narrative as Wolfenstein II: The New Colussus. Taking place in an alternate history 1960s Europe where Germany won World War II, you take on Nazi enemies with some of the loudest and meanest sounding shotguns and machine guns in all of gaming. You play as BJ Blazkowicz, an American soldier who was born to kill Nazis. This game takes place after The New Order and sees BJ and his crew of rebels infiltrate bases, towns, and blimps in a number of stealth missions.

Well, they start off as stealth missions, but then quickly turn into extravagant blood baths. Going through the streets of New Orleans you find new allies and attempt to uplift the occupied USA into a full-blown rebellion. Despite the ultra-violence, robot mounts, mature themes, and futuristic weapons, there is a very touching story about surviving the worst life has to offer. A small community of strangers becomes a de-facto family in a submarine, and it's up to you to unite them all and take back all 50 states.

4.2
Buy on Amazon Buy on Walmart

Fans of the original Destiny had to wait a little longer than anticipated for a sequel, but the wait was worth it. Destiny 2 vastly improves on the mechanics and gameplay of the original, which was no easy task. Gameplay once again takes place in the distant future, where an alien army is intent on invading the solar system and wiping out humanity. It isn’t exactly a steep departure from the original storyline, but that really doesn’t matter.

Destiny 2 has a cinematic storyline and unique missions, but your minute-to-minute mission is shooting alien invaders. Like most shooting games, things get more intense as you advance farther into the campaign and encounter new bosses and storylines to follow. This game demands strategy and patience, and its reward is a whole lot of fun.

Star Wars Battlefront 2 has something for everyone: beautiful cinematic gameplay, lots of action, and a heavy dose of Star Wars nostalgia. Completely revamped from the first-generation game, it introduces a fan favorite single player campaign. Dropped into gorgeous landscapes on both familiar and unfamiliar worlds in Star Wars lore, players fight for both the empire and the resistance. Whether you’re lost in forests of Endor or making strafing runs on a Star Destroyer, everything looks and feels like a movie. Plus, you’re playing as some of the galaxy’s greatest heroes.

Running at 1080p at 60fps on the Xbox One, the framerate holds stead during even the most intense battle scenes. For Xbox One X owners, the graphics are even better with maxed-out Full 4K resolution. Wielding a lightsaber as Luke Skywalker at that level of resolution may actually feel like you’re in the movies. And that’s part of what makes Battlefront 2 a cinematic video game masterpiece.

Fallout has been around for decades and has become one of gaming's most beloved franchises. It's a post-modern take on the post-apocalypse, set in the not too distant future where China and America have gone to war and dropped atomic bombs on each other. The resulting nuclear fallout has changed the country quite a bit, and as a vault dweller, it's up to you to create a character, explore the wasteland, complete side quests, collect all the junk you find, upgrade your perks and core stats, and search for your kidnapped child.

The narrative of Fallout 4 is only the tip of the iceberg since most of the time you'll be roaming Boston and running into all sorts of mutated animals, packs of irradiated raiders, aliens, killer robots, and the occasional Deathclaw. Fallout games will last you seemingly forever, with so many locations to discover, people to talk to, secrets, guns, camps, hideouts, radio stations to jam to, and more. The added downloadable expansion packs also bring their own areas and memorable stories, and there's no better feeling in games than coming across a dynamic situation only you got to experience and then sharing that tale with others about your journey.

What to Look for in Xbox One First-Person Shooters

Online multiplayer - Most single-player campaigns in Xbox One shooter games are pretty short. To get the most out of your money, look for a game with a thriving online player base. If not enough people are playing, you’ll spend more time waiting than shooting.

Couch co-op - There was a time when most shooters included couch co-op, but you can’t take that for granted anymore. If you want to play throughout the campaign or go head to head in a deathmatch with a certain buddy, look for an Xbox One shooter that includes couch co-op.

HDR (High Dynamic Range) and 4K - Look for shooters that are enhanced for Xbox One X if you have both an Xbox One X and a television that supports 4K and HDR. You’ll appreciate the higher resolution and better textures in single-player campaigns, and you might be able to get a little performance edge in multiplayer mode if you turn the enhanced graphics off.