Get behind the wheel of one of these racing games 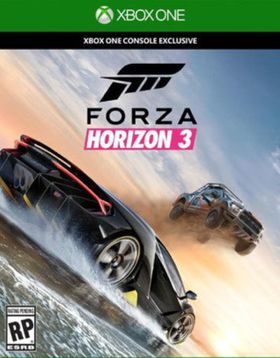 Forza Horizon 3 showcases the best of what the Xbox One has to offer with 4K HDR resolution capability (via the Xbox One X), modernized dynamic open world gameplay, and endless customizations. This Xbox One exclusive shows off over 350 licensed vehicles from Fords to Teslas.

Forza Horizon 3 gives you the chance to jump into multiple activities seamlessly whether you’re cruising in the Australian Outback, discovering unlockable vehicles hidden across rainforests and sandy beaches, or jumping in the middle of a street race. Almost everything is customizable: the visual details and mechanics of your car, the library of music you can stream in your car, and even your own special racing events. You can play with three other players online to tackle the game’s co-operative campaign mode and complete multiple challenges together.

The upcoming Forza Horizon 4 is set to push the boundaries of modern gaming with stunning lifelike graphics and an open world environment affected by dynamic seasons. Upon its release, every week will have new content with rewards and challenges, so there’s always something to do as soon as you get behind the wheel.

Forza Horizon 4 improves on its predecessors with a diverse set of changing locations like lakes, valleys, castles, forests, and other spectacular sights that take place all over Britain. Choose from 450 licensed cars from Ferraris to Audis, each with their own set of upgradable perk trees. Instantly jump into activities like off-road rally races or create your own race. If you ever wanted to take on a bomber jet in an Ashton Martin, Forza Horizon 4 will let you do it.

For DiRT 4, it’s all in the name: an exciting Xbox One racing game that best exemplifies the excitement and challenge of off-road racing down to all the gritty details. Players race across various locations, not only competing against other racers but also taking on the challenge of the weather and environments of the courses, making for one of the deepest racing game experiences.

DiRT 4 focuses on rally racing, putting players in five different locations—Australia, Spain, Michigan, Sweden, and Wales—where they’ll race in cars with a variety of competition classes and time periods from Group B cars of the 1980s to the current Group R cars. The game packs in 50 off-road cards from Fords to Audis that will fit any player's preference. DiRT 4 is accessible for anyone at first, but you'll develop your own distinctive racing style as you learn more skills and techniques. The game includes rally route creation tools where you can build your dream racing courses, as well as compete in daily, weekly, and monthly challenges while racing against other players around the world in cross-platform leadership boards. 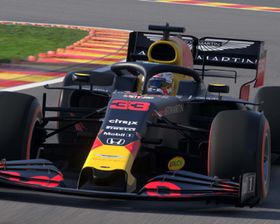 Buy on Amazon Buy on gamestop.com

The officially licensed game of Formula One racing, F1 2019 delivers the most accurate and detailed Formula One experience on Xbox One. It includes a full roster of official drivers and teams as well as the complete calendar of 21 circuits for the 2019 season.

F1 2019 features an extensive campaign mode with RPG elements where you create a character and build your own F1 career over ten seasons, doing everything from upgrading your car to making dialogue decisions in interviews. The game’s detailed R&D system has you spending hard earned resource points on your vehicle, giving it more reliable crankshafts, pistons, and other components that must be considered when adjusting to mid-season rule changes. Your strategy in races isn’t just properly timed turns and speeding up, but ERS management within the car that changes front brake biases, fuel mixes, and more that can alter the handling of your vehicle and force you to adapt to real-time variables. If that doesn't make sense to you, there's multiple options, strategies, and modes are available for players to help them get familiarized behind the wheel in order to become the champ.

Trials Fusion offers one of the most challenging (yet rewarding) Xbox One racing games on the list. The arcade-style platform racing game is developed with motor-cross physics and unique levels that give an outrageous racing game experience that’ll test both your nerves and skills.

In Trials Fusion, players control a motorcycle or ATV and must overcome various obstacles like long stairs, cliff ledges, and ramps to get from one end of the track to the other. Players must control how their ride shifts weight to keep momentum, pull off cool tricks and most importantly, land safely. The game’s multiplayer option and leaderboard challenges allow players to race against each other or with other players’ ghosts in a time trial mode.

Redout is a lightning fast and vibrant futuristic racing game that will leave just about anyone on the edge of their seat. Its style draws inspiration from past popular space racers including Nintendo’s F-Zero games and Sony’s Wipeout series.

Packed with catchy techno tracks, Redout lets you pilot 24 customizable anti-gravity vehicles across 100 events with 25 courses ranging from a post-apocalyptic Earth to a mind-boggling fractal cubic world. You’ll compete with six other vehicles as you twist, turn, and bend around tracks while strategically using boosts with your rechargeable energy meter. Redout is one of the fastest racing games around and you'll need quick hand-eye coordination to beat your friends in either online or offline multiplayer.

Cars 3: Driven to Win is an easy to play racing game that's perfect for the whole family. With simple controls and adjustable difficulty settings, you don't need much experience with video games to get behind the wheel and start driving.

Cars 3: Driven to Win features all your favorite Cars characters from the hit Disney film, including Lightning McQueen, Jackson Storm, Mater, Cruz Ramirez and more. The game has six different modes, including a sandbox option to get used to the controls to a Stunt Showcase where you can go flying off jumps and perform various tricks in order to score points. The offline multiplayer mode allows for up to four players to partake in split-screen so everyone can get in on the fun as they compete in different races.

If you're experiencing road rage, then get some aggression out with Burnout Paradise Remastered, the game where you're rewarded for crashing.

Burnout Paradise Remastered offers an open world environment with dynamic gameplay that allows you to explore around its city and jump into multiple scenarios. You'll find conventional modes like street racing challenges, but with a Burnout twist of being rewarded for dangerous maneuvering like weaving in and out of incoming traffic. In Showtime Mode you'll try to cause as much destruction and mayhem as possible by crashing your car. Burnout Paradise Remastered is a faithful remaster of the original Burnout Paradise game for the Xbox 360 and includes all the original downloadable content with more cars, cops and robbers mode, bicycles, and a couch co-op multiplayer mode.

TrackMania Turbo is a fast and fun arcade-style racing game for the Xbox One that delivers crazy, over-the-top action. The pick-up and play stunt racing game has you compete in over 200 courses that last around 30 to 60 seconds each.

TrackMania Turbo is all about careful execution as you get airdropped from a helicopter and hit the ground running. Powerslide through tight turns, turbo boost through tunnels, and fly over halfpipes in this physics-based racer with multiple modes including a single player campaign, four player split screen option, or in an online multiplayer match with up to 100 players. The instant-access racer is easy to learn but hard to master with a high replay value that’ll keep you coming back for more.