For the best gaming experience ever

by
Jay Alba
Writer
Jay Alba has been writing about tech since 2017. Before Lifewire, her work appeared in print in Gadgets Magazine. She has also worked in entertainment.
our editorial process
Jay Alba
Xbox Buyer's Guide
Xbox Buyer's Guide
Introduction 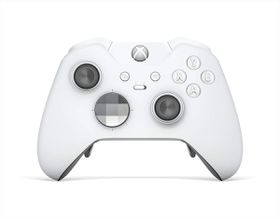 Within the gaming community, the Xbox Elite Wireless is almost considered a necessary purchase. It comes with a hefty price tag but delivers top-notch performance to match it. The Elite’s controls showcase remarkable precision and accuracy, especially when applied to shooting games. The improved hair trigger locks are particularly noteworthy, offering faster firing speeds than the standard controller.

For long gaming sessions, it’s equally important to find a controller that fits like a glove. The thumb-sticks glide smoothly under your fingers, with just enough resistance to provide a satisfying tactile response. Additionally, as with any Microsoft-licensed controller, the Elite Wireless comes with a variety of customizable parts, allowing you to swap through different paddles and analog sticks until you find a combination that fits perfectly. The controls are also made with metal, not plastic, which speaks to a higher level of durability. For professionals, or even semi-pro gamers, the Elite is a worthy investment for an Xbox One controller. 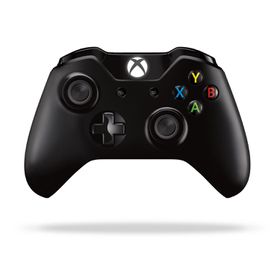 The good news is that you probably already own one of Xbox’s best controllers. The standard device included with every Xbox console is quite powerful, setting the standard for Xbox controllers everywhere. Improving on past renditions, this latest model has streamlined its design for a sleek, lightweight feel and a textured grip, as well as tactile buttons with accurate response times. The controller has also made improvements in terms of wireless connection, doubling its Bluetooth range from its predecessor (40 feet/12 meters). Additionally, it offers the standard Xbox customization users expect; button-remapping is available through the Xbox Accessories app.

The Xbox Wireless Controller is compatible with Windows 10 systems, as well as the Xbox One X, Xbox One S, and Xbox One consoles.

The AmazonBasics Xbox controller is a Microsoft-licensed product, ensuring seamless compatibility when syncing with your Xbox One console. Its layout is very similar to the standard wireless controller, it’s just a no-nonsense, bare-essentials version of it. The device is also wired, which contributes to the lowered price tag. In regards to gameplay, the controller provides a high-speed, reliable connection, comparable to its wireless counterparts. The buttons are also durable and springy, with just the perfect amount of resistance.

However, with every budget-friendly option, compromises must be made. The AmazonBasics controller contains a dual-rumble motor that syncs vibrations to match the action on-screen. When it works, the effect adds to the visual realism of your gaming experience, but ultimately, it’s a faulty feature. Over time, the motor stops working properly, becoming a bit of a distraction. However, once you disable it, you can resume gameplay as usual, without any other issues. It’s an ideal purchase for amateur gamers, and it’s useful to have as a spare when friends come to visit.

The AmazonBasics controller also features a 3.5-millimeter audio jack and is compatible with certain PC games on Windows 8 software.

Modeled after the first-ever Xbox controller, the Hyperkin Duke’s design plays heavily into the early 2000s nostalgia. The controller even uses the original Xbox start-up animation, which truly feels like traveling back in time. Appearances aside, the Hyperkin Duke is a powerhouse of a device, delivering on speed, accuracy, and durability. It features the classic X, B, A, Y, LT, RT, button layout, along with precision analog triggers and bumpers. The controller may look old, but it performs just as well as Xbox’s newest releases. Also, since it’s a wired device, you’re getting the same quality as other semi-pro controllers at a lower cost.

Admittedly, the Duke is a hefty device, weighing 1.65 pounds and measuring 8 x 4 x 7 inches in length. Some users have complained about the extra bulk, but again, if you are familiar with the original design for the 2001 Xbox controller, there shouldn’t be any surprises. Ultimately, the Hyperkin Duke sits in a sweet spot between quality and price: it’s a reliable option for avid gamers, but not strong enough to compete professionally.

The standard Xbox controllers are equipped to handle many things, but their designs are not well-suited for 2D fighting games. That’s where the Hori Fighting Commander comes in. The Hori’s design harkens back to Sega controllers from the early '90s, which serves as an aesthetic choice, as well as a functional one. The controller features a six-button layout and opts for a single directional pad instead of analog sticks, which fits better for 2D games anyway. The controller is also wired, providing faster response times during gameplay.

The Hori Fighting Commander is not a bank-breaking purchase, either. This recent model costs less than $50, making it a handy accessory to complement your Xbox console, especially for games like Mortal Kombat or Street Fighter. The device is officially licensed by Microsoft, so it’s compatible with the Xbox One and 360 consoles, as well as some PC games. 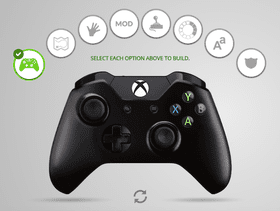 The Evil Shift Controller deviates slightly from the standard Xbox controller layout, tailoring its design to be more responsive to your actions. The paddles are mounted directly over the activator buttons, for faster and easier access. The controls are also more sensitive; even if you fumble for, or almost miss, pressing a button, the paddle with still respond to your touch. Additionally, the gamepad’s lightweight hairpin triggers are 50 percent more responsive than what you’d find on the standard controller.

Once you become accustomed to that reduced tension, you’ll be able to appreciate the increased reaction-time that the Evil Shift offers. The last major draw with this controller is its user-friendly customization. Remapping the paddle is a simple two-step process. Just hold down the View button and the paddle you want to remap, then assign it to the button of your choice. It’s that simple; no additional apps or accessories required. 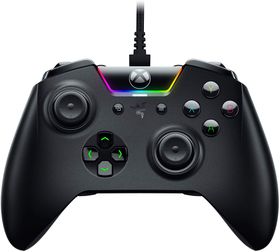 Buy on Amazon Buy on Microsoft

Razer is often regarded as the final say in third-party gaming controllers, and the Wolverine Tournament Edition emphasizes this reputation. Its controls can go toe-to-toe with the Xbox Elite, in both performance and comfort. The Razer Wolverine comes with four remappable multi-function buttons for advanced customizable gaming. The hair-trigger mode is its best feature by far, as it allows for shorter traveling distances between the main triggers. Overall, the controls are durable and springy, for that tactile 'clicking’ feeling.

The Razer Wolverine is surprisingly light because unlike most Xbox brand controllers, this device is wired. The upside is that the lack of battery pack shaves off some extra weight; the obvious downside is that now you have a tangled wire to contend with. This isn’t the biggest deal-breaker, but it is a bit of a shame to spend this much money, just to get a wired device. However, it ultimately comes down to hardware, which is where the Wolverine undoubtedly shines.

Buy on Amazon Buy on Walmart Buy on Microsoft

The Adaptive Controller is one of the more exciting new releases from Xbox. With support from the AbleGamers Foundation, Cerebral Palsy Foundation, Warfighter Engaged, SpecialEffect, and other community members, this particular controller was created to make gaming a more accessible hobby. To accommodate users with limited mobility, the Xbox Adaptive Controller contains large buttons, along with a range of inputs that connect to other external controls: switches, mounts, joysticks, etc. For more customizable options, you can also access the button remapping function on the Xbox Accessories app, which allows you to save up to three user profiles on the device.

The Adaptive Controller is, essentially, the epitome of customizable gaming experiences. While the device doesn’t have a traditional “mass-market” appeal, but it’s worth noting the care and attention involved in the design.

The 9 Best Xbox One Games of 2020
More from Lifewire