The Rundown
Best Overall:
Bethesda Oblivion Game of the Year Edition at Amazon
"The complementing soundtrack and lore to multiple ways to play makes it the best Xbox RPG experience all around."
Best for Sci-Fi:
Square Enix Deus Ex Human Revolution - Augmented Edition at Amazon
"Its engrossing story and multiple endings will leave you with an unforgettable RPG experience."
Best for Challenge:
Bandai Dark Souls II: Scholar of the First Sin at Amazon
"One of the most difficult RPG games you’ll ever experience."
Best Xbox 360 RPG For Offline Multiplayer:
Activision Marvel: Ultimate Alliance at Amazon
"For when you have a group of friends over that want to get in on some action."
Best for Fantasy:
Electronic Arts Dragon Age: Origins at Amazon
"Thrilling story and engaging gameplay."
Best Action/Shooter:
Bethesda Fallout: New Vegas - Ultimate Edition at Amazon
"An action role-playing video game with first-person shooter elements set in a post-apocalyptic open world."
Best for Kids:
Microsoft Blue Dragon at Amazon
"Its simplistic style, massive open world environment and charming characters make it a delightful RPG that’s suitable for kids." 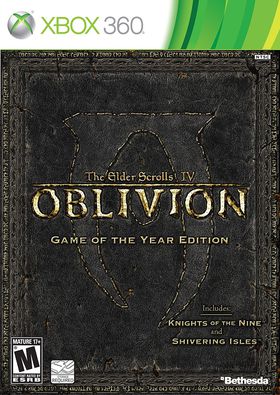 Buy on Amazon Buy on Best Buy Buy on Gamestop.com

While Skyrim is the most hyped game in the Elder Scrolls series, its predecessor, Oblivion, revolutionized the RPG genre on the Xbox 360 with a huge open and living world full of adventure. Everything from the complementing soundtrack and lore to multiple ways to play makes it the best Xbox RPG experience all around.

In Oblivion, you can do just about everything you could possibly want to in an RPG. You'll get to place a poison apple on a guard’s table to just watch him eat it, join a terrifying assassin’s cult via murder, steal valuables from a store, lockpick doors, bribe, coerce lizard people and so much more. You’ll start off by creating a character from scratch and pick a class (such as knight, mage or even your own custom build) that will give you different attributes towards you speechcraft, sneaking, spell power, strength and more. The Game of the Year Edition includes all of the game's expansion packs giving you over 200 different quests and over 100 hours of gameplay that will make you never want to leave Cyrodiil.

Deus Ex: Human Revolution is the best sci-fi RPG on the Xbox 360 due to its blend of role-playing elements and action gameplay that combines a first-person shooter with stealth. Cinematic-like scenes help unfold a story surrounding a conspiracy involving human augmentation in the year 2027.

Deus Ex: Human Revolution rewards your efforts with experience points which can be used to upgrade abilities like seeing through walls or resisting bullets. Open-ended level designs and intriguing characters give a customized gameplay experience where objectives can be done on your own terms. Stuck? Try hacking open gates to get to locations or saying the right things in dialogue. There's no one way to do anything. Its engrossing story and multiple endings will leave you with an unforgettable RPG experience.

Dark Souls II for the Xbox 360 is one of the most difficult RPG games you’ll ever experience, earning the tagline "Prepare to Die". The Scholar of the First Sin comes with the original Dark Souls II game plus all of its DLC expansions totaling over 65 hours of gameplay that will challenge and delight.

Before the wrath of Dark Souls II begins, you’ll first start off by creating a human, detailing their physical makeup, and selecting a class like a sorcerer or a knight. Then you get to pick a gift such as a ring that raises your health. The third person action RPG will have you traversing through majestic yet unforgiving levels filled with traps and crawling with nightmarish, aggressive enemies. You'll collect items, spells and souls to level up, and equipment to help strengthen you. Dark Souls II is recommended for players with both patience and persistence who’ll appreciate hard-earned rewards in a game that tests your nerves and willpower. 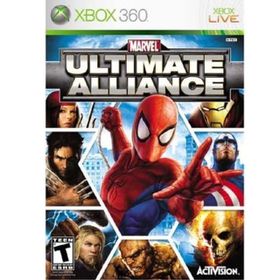 While most of the games on this list are solely single-player adventures, Marvel: Ultimate Alliance is the perfect Xbox 360 RPG choice for when you have a group of friends over that want to get in on some action. The topdown beat ‘em up style game has you compose a group of four Marvel superheroes as you make decisions and take on missions to battle against Dr. Doom and his army.

Easy to control and fun to play, Marvel: Ultimate Alliance lets you and three other friends pick up to 20 different playable Marvel superheroes like Black Panther, Captain America, Deadpool, Spider-Man, Thor, Wolverine and many more. Each character has their own set of attacks and can be leveled up with experience points which give them special unique powers, abilities and upgrades. It’s one of the most accessible games on the list too, with a simplicity that makes it easy for anyone to just pick up and start playing immediately.

Buy on Amazon Buy on Gamestop.com

Dragon Age: Origins' thrilling story and engaging gameplay make it one of the best fantasy games on the Xbox 360. Inspired by both The Lord of the Rings and a Song of Ice & Fire, the game features 144 voice-actors, an original score and a plot involving an ancient order striving to thwart an archdemon’s invading forces who are hellbent on destroying the world.

Dragon Age: Origins’ character generation offers a vast amount of customization like choosing your race (human, elf, or dwarf), three classes (including a warrior, rogue, and mage) and investing points in attributes like strength and magic. The story can change drastically depending on which choices you make. Relationships with your party are incredibly important. On one hand, they can give you abilities and open up quests, but they may also start fights and or abandon you.

Gameplay is varied with both a heightened focus on action in its combat system and an option to where you can micromanage and issue tactical commands to your party against challenging foes. 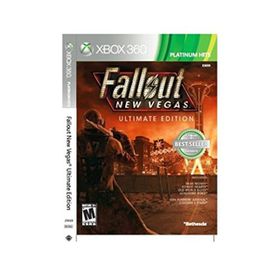 Fallout: New Vegas combines an action role-playing video game with first-person shooter elements set in a post-apocalyptic open world. The real-time combat gameplay thrills with the ability to pause the action, target, and take aim at specific body parts of your enemies with the probability of inhibiting them.

The year is 2281, there’s been a nuclear war, and one of the last remaining cities in the US is Las Vegas. The city is filled with all the sights, sounds, and attractions. You'll come across a collection of interactive characters like super mutants, ghouls, and robots. You play as a courier, and your simple delivery job goes awry as you’re robbed and shot, only to awaken with a mission to find out who tried to kill you. Customize your characters looks, skills and traits while you level up and face defining moral dilemmas. Battle through a world filled with monstrosities trying to eat you and ultimately decide the fate of the Mojave Wasteland with three possible endings.

Blue Dragon is a best selling Xbox 360 game in Japan, with traditional turn-based style gameplay and a nostalgic feel that evokes Japanese RPG games of the past. Its simplistic style, massive open world environment and charming characters make it a delightful RPG that’s suitable for kids.

The presentation in Blue Dragon is phenomenal, filled with beautiful graphics that showcase bright and colorful characters and amazing spells, plus voice acting options in Japanese, English, and French. The game’s skill system lets you mix and match classes to create a party to your own liking so you can customize your tactics and battle the way that best suits you. All the usual mechanics of a role-playing game are there: mixes of ways to encounter enemies like getting the jump on them, charge attacks and even occasionally running into monsters that rival and fight each other.