The Rundown
Best Third-Person Shooter:
Xbox Game Studios Gears of War 3 at Amazon
"The ​two-player, offline multiplayer game lets and you a friend play through the entire main story mode."
Best for Creativity:
Microsoft Minecraft at Amazon
"Minecraft becomes challenging as you race against the clock, crafting useful tools such as pickaxes and swords."
Best for Families:
Electronic Arts Monopoly at Amazon
"You can change up the house rules and adjust everything including starting cash amount to max turns in jail."
Best Sports Crossover:
2K Nicktoons MLB at Amazon
"The game allows for local multiplayer in every one of its game modes."
Best First-Person Shooter:
Activision Call of Duty Black Ops Collection at Amazon
"Each game brings a fresh and bold experience with new characters, driving narratives and secret missions."
Best for Spies:
Ubisoft Tom Clancy's Splinter Cell Blacklist at Amazon
"There are so many open-ended opportunities in the game that allows for its completion."
Best for Sega Genesis Fans:
SEGA Sonic's Ultimate Genesis Collection (Platinum Hits) at Amazon
"The variety of games switch up the genres for players."
Best for Fighting:
Capcom Ultimate Marvel Vs. Capcom 3 at Amazon
"The arcade-style fighter includes a bunch of beautiful character animations, moves, and superpowers." 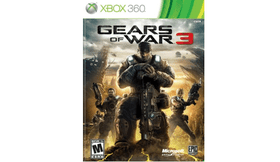 In Gears of War 3, invading alien brutes are looking for lunch and you and your friend are on the menu. You’ll both have to take cover behind a rock and straddle up for the most exciting third-person shooter on the Xbox 360.

Gears of War 3 is a military, sci-fi, third-person shooter game that has the same elements of films such as Aliens and Independence Day, where humankind is broken in remnants and must rebuild civilization. The ​two-player, offline multiplayer game lets and you a friend play through the entire main story mode where you’ll both face off against forces both big and small. There’s never a dull moment in Gears of War 3, and you’ll find appreciation in its superb voice acting, beautiful graphics and visuals and musical build up that gives the game a movie-like feel.

Minecraft sparks the endless wonders of your imagination with friends, allowing up to four players in its local multiplayer mode. The best Xbox 360 game for creativity on the list is perfect for anyone who wants to make anything and is suitable for all ages.

The real fun of Minecraft shines when you go into its survival mode: You and your friends will gather resources during the day and then fend off enemies that appear when the sun goes down and you enter the night. Minecraft becomes challenging as you race against the clock, crafting useful tools such as pickaxes and swords, and then building fortresses to hide in while fending off enemies who are trying to ruin your creations. You can slow it down with game’s creative mode, allowing you to fly around and take as much time as needed to build whatever without the worry.

Perfect for families, Monopoly on the Xbox 360 is straightforward and easy to jump into without ever having to worry about another tedious setup or cleanup again. The local multiplayer game only requires one controller to play because it has a pass-and-play setup. You can change up the house rules and adjust everything including starting cash amount to max turns in jail, difficulty settings and different themed boards. Monopoly for the Xbox 360 doesn’t change up anything from the original game​ but does add fluid animations and easy-to-read popup screens that give the game great pacing.

It may be odd playing as Sponge Bob in Dodger Stadium against actual MLB players, but Nicktoons MLB has a charm to it. The best local multiplayer Xbox 360 for a sports crossover brings together a well-made entertaining baseball simulator that has all your favorite baseball teams and Nickelodeon cartoons.

Nicktoons MLB has over 300 MLB players and 25 Nickelodeon cartoon characters from series such as Ren & Stimpy, Invader Zim, SpongeBob Squarepants and Avatar: The Last Airbender. The game allows for local multiplayer in every one of its game modes, from quick play skirmishes to tournaments and can be played with both a standard controller and Kinect Sensor. Nicktoons MLB is great for kids and anyone who enjoys a touch of comedic effect to an otherwise simple and fun baseball video game.

Not only is the Call of Duty Black Ops Collection for the Xbox 360 the best local multiplayer game for a first-person shooter, it also provides the best value. The bundle includes all three games from the Black Ops series on the Xbox 360.

The Call of Duty Black Ops series is like experiencing an action-packed war movie with a friend: You’ll both embark on missions, including swarming the cabanas of Cuba looking for Fidel Castro and treading the rivers in the jungles of Vietnam. Each game brings a fresh and bold experience with new characters, driving narratives and secret missions where you’ll operate behind enemy lines. All three games come with a zombie mode, too, allowing you and your friend to fend off hordes of invading undead forces as you collect points to open up pathways and unlock new weapons.

The best Xbox 360 local multiplayer game for being a spy rewards the patient in exciting espionage action where stealth is emphasized but completely optional. Tom Clancy’s Splinter Cell Blacklist is set in a third-person perspective with gameplay surrounding aggressive stealth techniques that allow players to take down enemies in multiple ways. There are so many open-ended opportunities in the game that allows for its completion, including sneaking past enemies without ever firing a bullet or taking them down one by one. You’ll also have access to an array of tools and strategies such as taking out all of the lights in a warehouse, equipping your night vision goggles and then shocking enemies with tripwires. 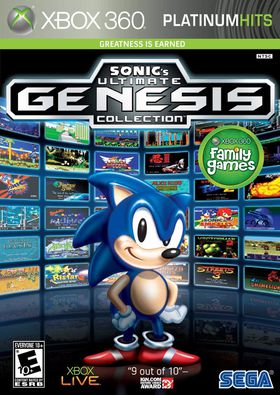 Sonic’s Ultimate Genesis Collection is the largest Sega Genesis game library (there are 49 titles!) for the Xbox 360 and includes local multiplayer games such as Altered Beast, Columns, Dr. Robotnik’s Mean Bean Machine, Sonic the Hedgehog 2, as well as all three Streets of Rage and Golden Axe titles. The variety of games switch up the genres for players, whether they’re in the mood for a beat-‘em-up, a stimulating puzzle game or want to go fast in Sega’s flagship platformer, they'll find it here. Though the other games in the collection are single player, you can still pull off that classic 90s custom of handing off the controller after losing a life or completing a level.

The ultimate local player fighting game for the Xbox 360 easily goes to Ultimate Marvel Vs. Capcom 3. With more than 50 characters, players will get to choose all of their favorite Marvel superheroes and villains and Capcom video game characters, including Wolverine, Ryu, Spider-Man or Viewtiful Joe.

Ultimate Marvel Vs. Capcom 3 opens the door for you and your friends to fight against one another in tag teams of three versus three with characters such as Rocket Raccoon or Doctor Strange. The arcade-style fighter includes a bunch of beautiful character animations, moves and superpowers with stunning graphics that pop out like a comic book. Ultimate Marvel Vs. Capcom 3 is intense and addictive and will hook you and your friend in practicing each character’s unique sets of moves and specials with endless combinations of play style mechanics.