Not sure which titles to play first? Let us help you decide

Fact checked by Stephen Slaybaugh
Stephen Slaybaugh is a fact checker and music writer with with more than 20 years experience writing about internet retail and consumer tech. He has been featured in Digital Trends, DealNews, and TechRadar. He is a content designer at Bose Corporation and is completing his Master of Arts in Digital Media.
lifewire's fact checking process
Games & Consoles

Before the Xbox Series X, Series S, or even Xbox One, there was the Xbox 360. Released way back in 2005, the Xbox 360 is still going, with games still available in stores to this day. A good Xbox 360 game provides a modern gaming experience in spite of the console’s age. Whether you’re into RPGs, sports, crime, or even dancing, we’ve rounded up the best Xbox 360 games still available in 2021. 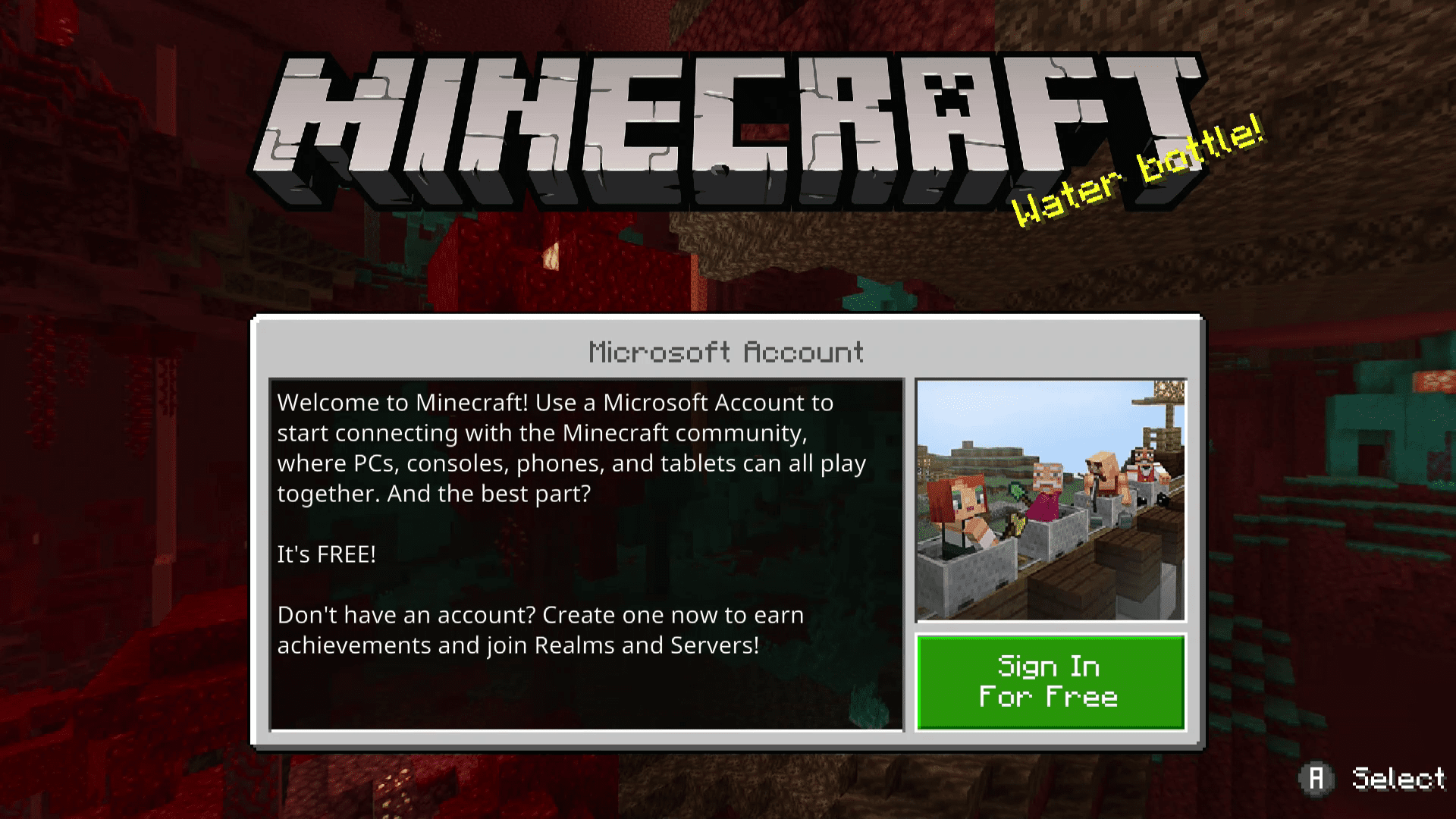 Minecraft has come a long way over the last several years, but it’s still one of the most relaxing games to play on the Xbox 360. Players are placed in randomly generated worlds and can build anything. Have a dream house in mind that you can’t wait to create? Now you can.

If you want, you can spice up the gameplay by jumping into Minecraft’s Survival Mode, where you’ll survive days by mining resources and building structures while fending off hunger and hordes during the night. Creative Mode allows you to fly and build anything at your own pace, and if you need help, the game’s Tutorial Mode will walk you through everything there is to know. Minecraft comes with an up to four-player, split-screen offline mode, so it’s an excellent game to play with family or friends. 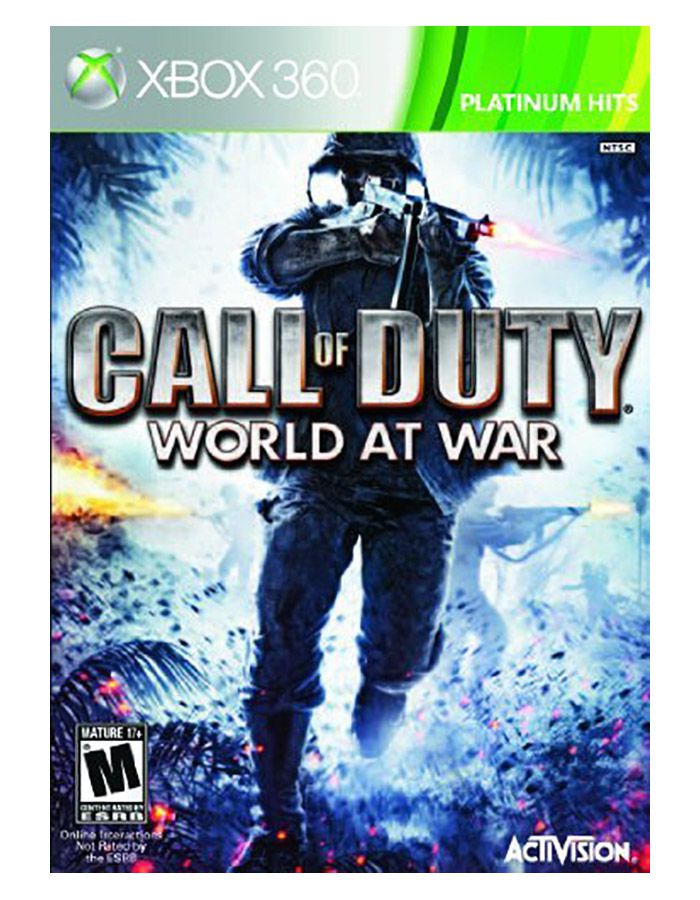 Considered to be one of the best in the series, Call of Duty: World at War is an action-packed, first-person shooter game with a thrilling campaign mode. You and a pal can even team up in split-screen mode offline and play as American and Soviet Union soldiers as you battle in the Pacific Theater and Eastern Fronts of World War II.

Call of Duty: World at War is built with an enhanced game engine that brings to life a symphony of realistic audio and visual effects that make gameplay more gritty and impactful. Its open-ended world gives players the opportunity to complete missions in a variety of ways as environments ​envelop them in climatic battles and life-like warfare. Call of Duty: World at War was also the first game in the Call of Duty game series to introduce the Nazi Zombies mode, where you and a friend can both play offline and battle against waves of the undead while gathering points and unlocking new areas and weapons. 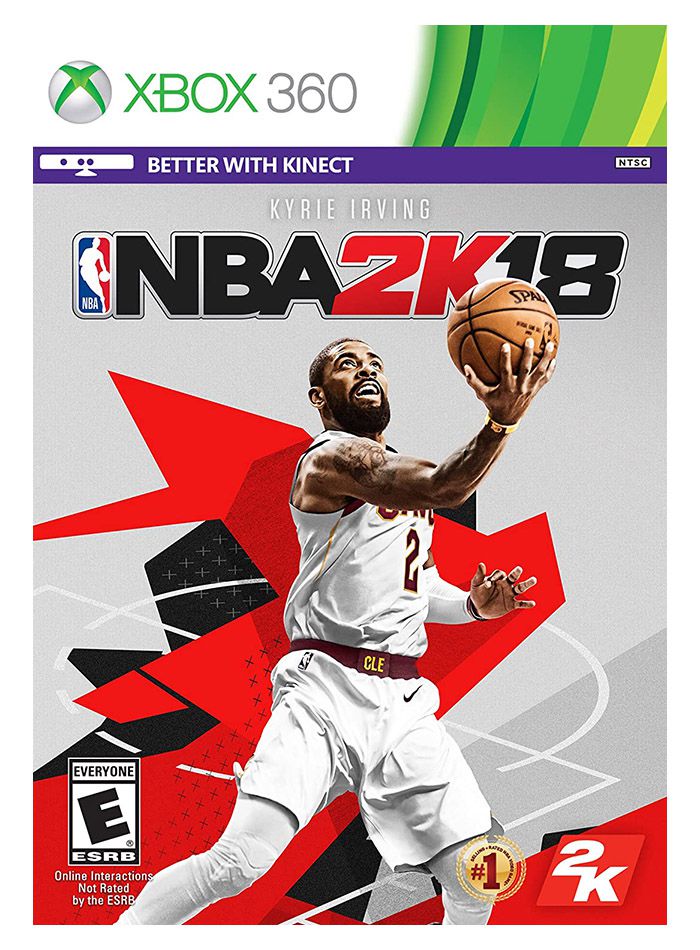 It looks real, it feels real—the 2K series has always held itself to a high standard in producing the most realistic sports games, and NBA 2K18 is no exception. The basketball simulator puts together a presentation that strives to replicate real-life NBA basketball with detailed character models, animations, and physics.

With commentary congruent to your gameplay, NBA 2K18 introduces the entire NBA roster of 30 teams as well as NBA teams from past eras like the 1995-1996 Chicago Bulls and the 1985-1986 Boston Celtics. NBA 2K18’s MyCareer Mode even allows players to create their own customizable basketball player to compete in a career, a League Mode where they can manage their own specific teams, as well as a MyTeam Mode where they can build their ultimate basketball team. Players can even go head-to-head against one another or against all teams with the game’s offline multiplayer. 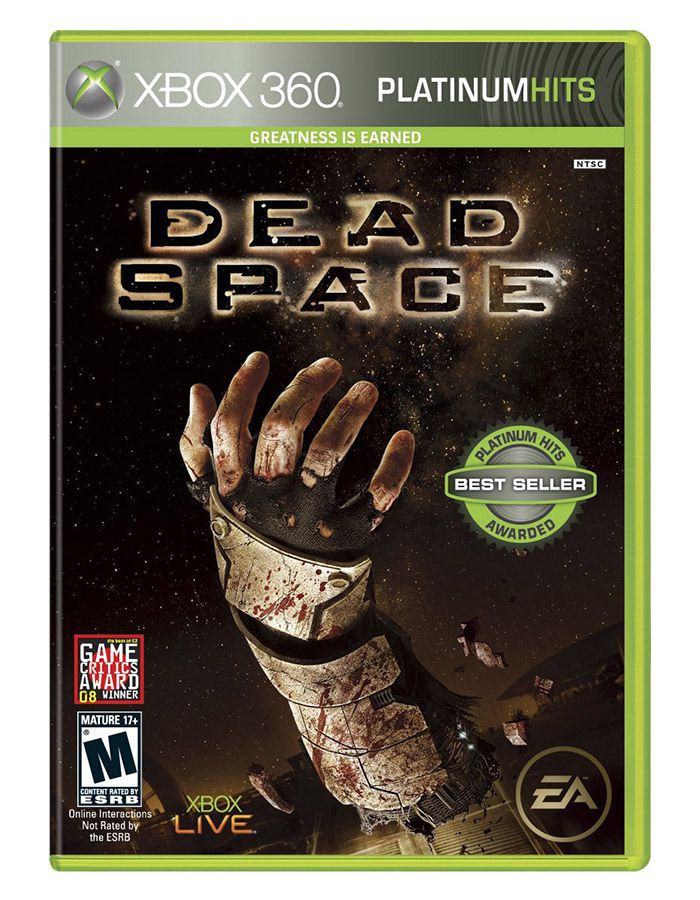 Like a black hole, Dead Space will draw you into a chilling realm as you explore an abandoned mining starship full of monstrous reanimated human corpses. The best Xbox 360 survival horror game will keep you on your toes as you uncover the mystery behind the evil infestation and hold your breath at every turn.

Dead Space features an over-the-shoulder, third-person camera perspective without a heads-up display, incorporating the game’s main character with tools and holographic projections that symbolize wellness, ammo count, and energy to provide a more immersive experience. The game has its own unique individualism; instead of traditional weapons, you use improvised mining tools such as a plasma cutter or rotary saw, and enemies aren’t affected by headshots, but by “strategic dismemberment” of their limbs. You’ll even get the power of kinesis to slow down enemies and objects temporarily, as well as solve puzzles and get past deadly chomping and grinding obstacles. 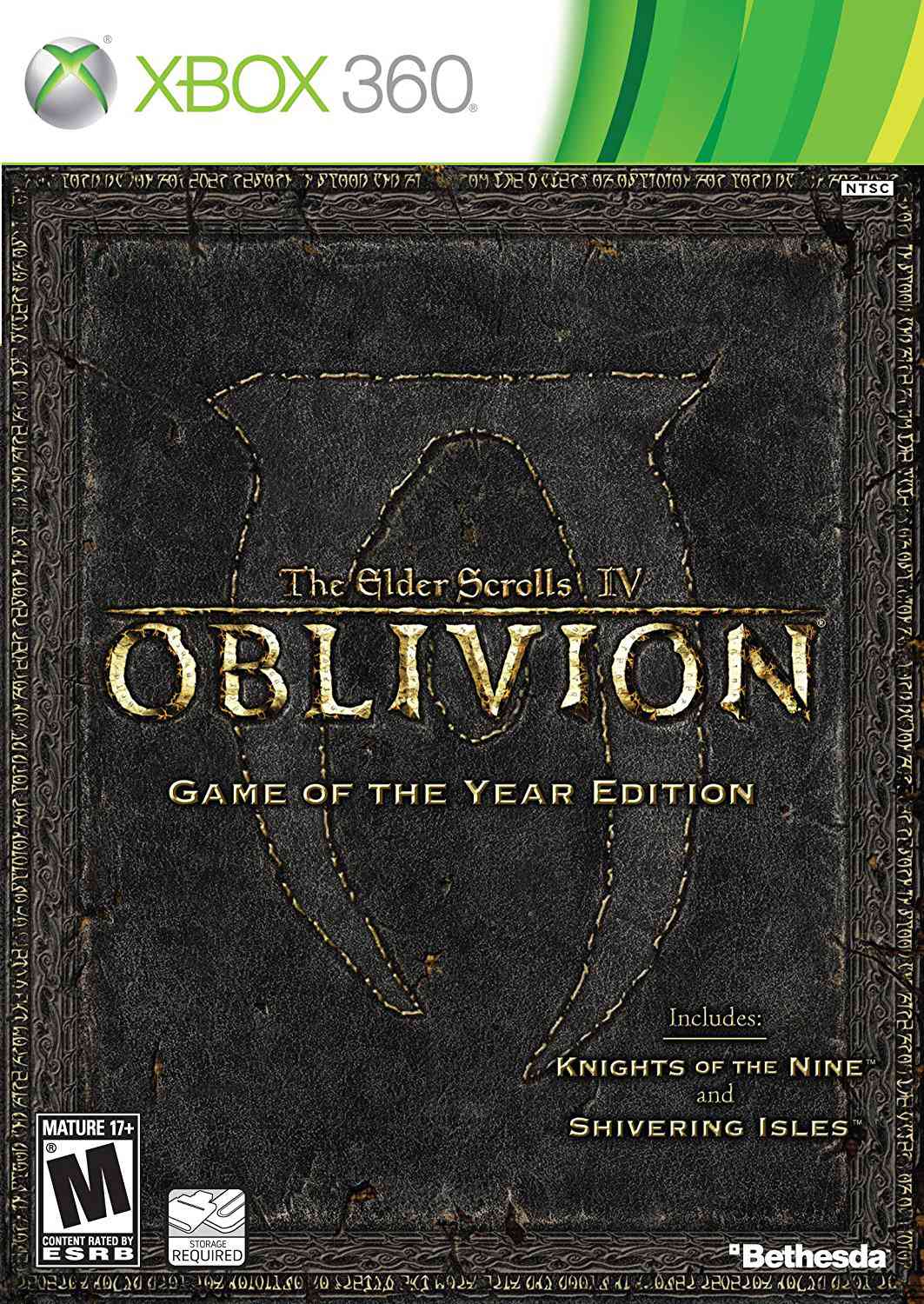 There would be no Skyrim without Oblivion, the Xbox 360’s best RPG game that blew everyone out of the water by showcasing just how immersive a game can be. Oblivion shines with its addictive gameplay, wide range of decision making, and a captivating story about a hero (you) thwarting a cult that is opening portals to an evil realm of horrors invading the world.

Oblivion starts you off by creating your personal hero, where you’ll get to select one of many human or anthropomorphic races, alter appearances, and distribute attribute points toward skills such as endurance, personality, and luck.

The game’s open-world leaves you with an endless choice of over 200 quests and possibilities, including fighting in a gladiator arena, joining a group of assassins, giving to the poor, and talking your way out of anything. You’ll clash your sword against demons, ride horses, throw fireballs at rats, and because it’s the Game of the Year Edition, you’ll get extra DLC with a total of 100 hours of gameplay. 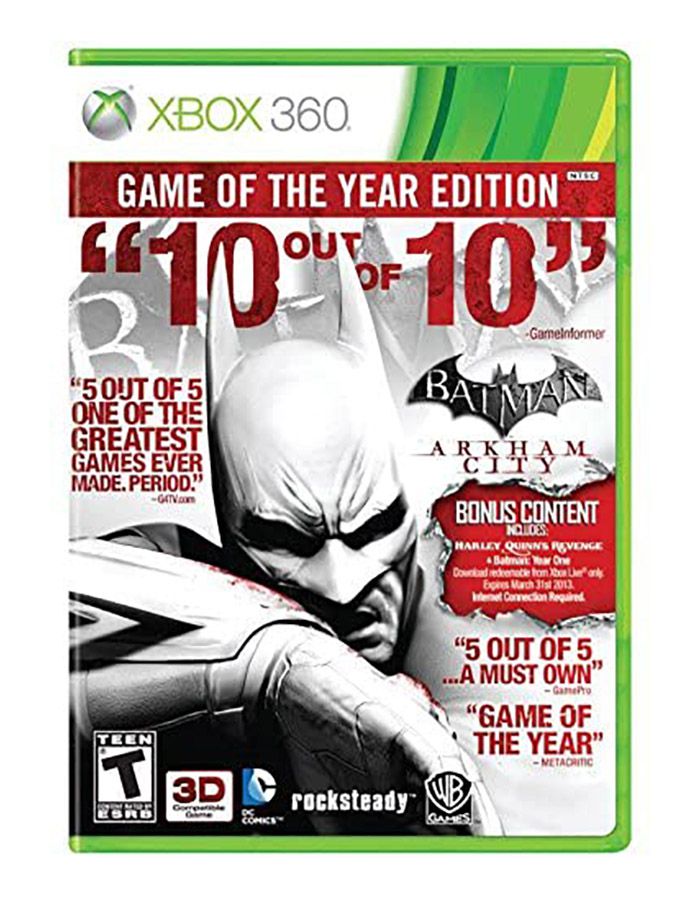 Batman: Arkham City captures the essence of Batman with everything from its draped crime noir elements of suspense to its stylized action-packed fighting. Even "Batman: The Animated Series" voice actors Kevin Conroy and Mark Hamill reprise their roles. The best Xbox 360 Batman game is also one of the best action-adventure experiences you’ll easily pick up, and find hard to put down.

Played from a third-person perspective, Batman: Arkham City is an open-world experience fixed on a variety of gameplay that includes Batman’s combat and stealth skills, detective work, and gadgets that can be used in tactful takedowns and puzzle-solving. The narrative-driven game features both main and side missions, setting you in Arkham City where Dr. Hugo Strange is hatching an evil scheme and villains such as The Joker, Poison Ivy, and Mr. Freeze show up causing trouble.

The game’s free-flow-style combat will have you facing off with multiple enemies, dishing out well-timed kicks, dodges, rolls, and other aerobatic sequences, all while throwing Batarangs, swinging from ledges, and gliding over beautiful cityscapes. You're even able to play as Catwoman, Robin, and other characters. 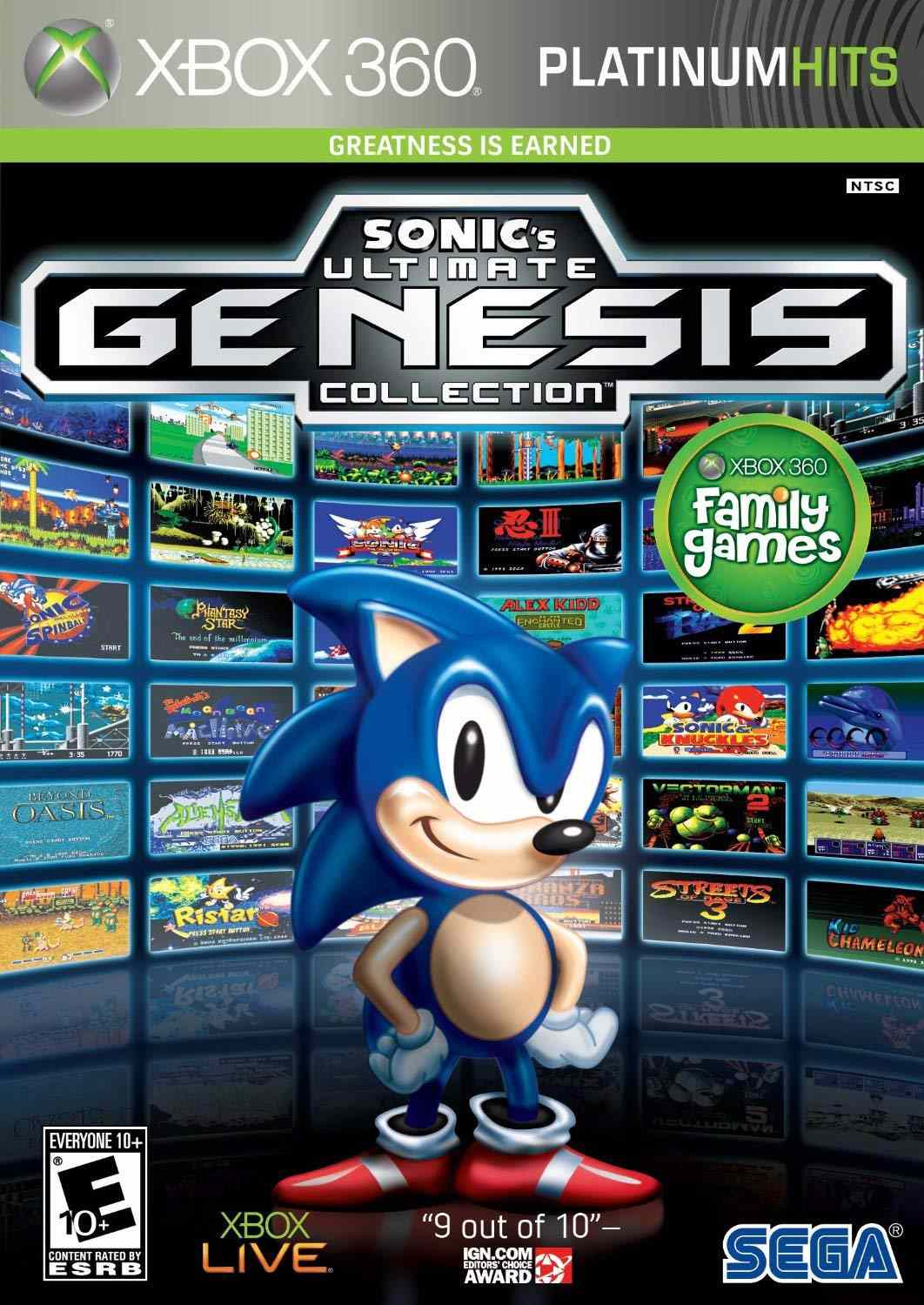 Want to relive the dream of the Sega Genesis of the 1990s? Now you can. The Sonic Ultimate Genesis Collection on the Xbox 360 comes with 48 different Sega Genesis titles, including Sonic the Hedgehog, Altered Beast, Streets of Rage 2, and Vectorman.

Every title on the Sonic Ultimate Genesis Collection has been upgraded to hi-def, giving the classic 2D-style a converted 720p output with a combined intuitive control scheme on the Xbox 360 controller that’ll feel familiar to the classic way you used to play. Best of all, the collection comes with several two-player titles such as Alien Storm, Columns, Golden Axe II, and Gain Ground.

How Sonic the Hedgehog Saved Sega 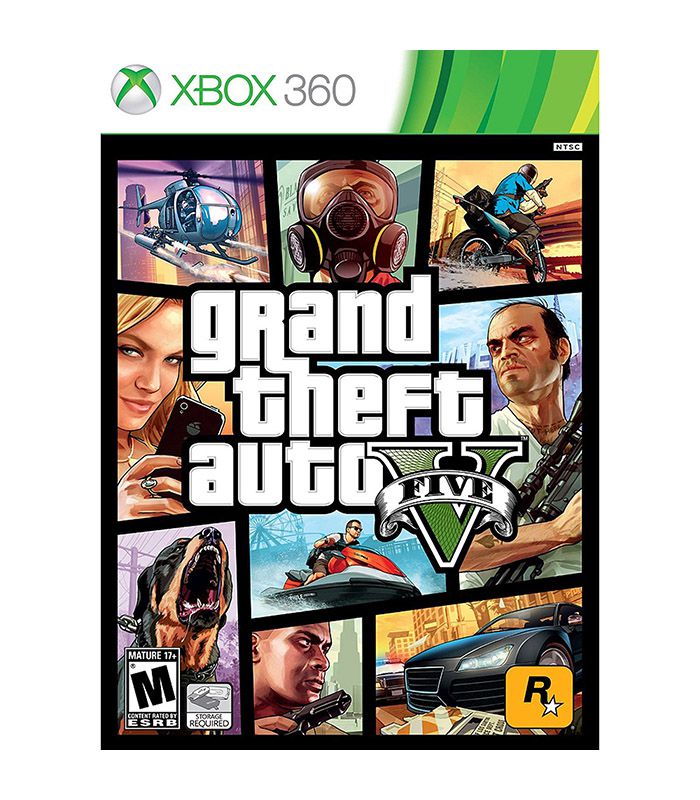 Grand Theft Auto V (GTA V) is all about crime and being a bad guy who’s just trying to make a living. The huge, open-world experience lets you roam free while doing everything from hijacking helicopters to trying on new clothes to fighting in turf wars.

GTA V follows the story of three criminals, all of whom you play as and switch between, with stories that intertwine with one another. The criminals aim to commit heists while facing opposition from a government agency.

You’ll take on exciting missions or just cause chaos while cruising in one of over 500 different vehicles in a fictional representation of Los Angeles. The city has highly detailed graphics, physics, and a population where no one acts the same. GTA V even includes RPG elements where you can improve your skills of driving and shooting. 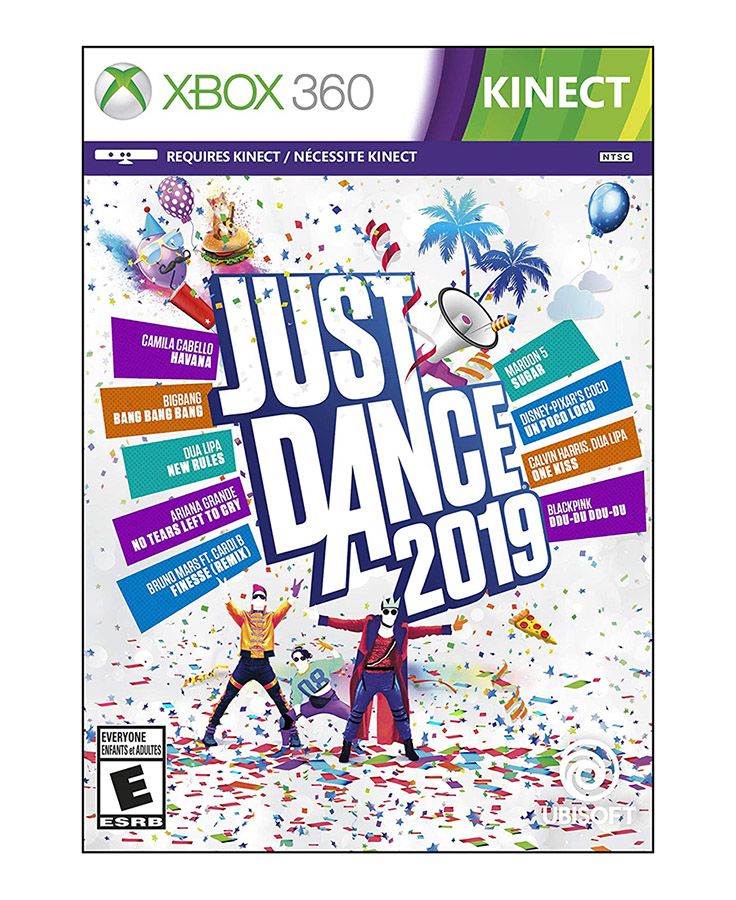 Just Dance 2019 provides the perfect opportunity for anyone who wants to get in a little exercise or learn how to dance in private or with friends. The Xbox 360 dancing game will teach you a few moves, but it does require the Kinect sensor so the game can read and interpret your movements.

Just Dance 2019 is a rhythm-based style game where players mimic an on-screen dancer’s choreography to a chosen song. The game’s soundtrack has songs from artists including Ariana Grande, Flo Rida, Black Pink, and Maroon 5. There’s also a Kids Mode designed for ages 4 to 6, where kids and their friends can develop motor skills while keeping active. 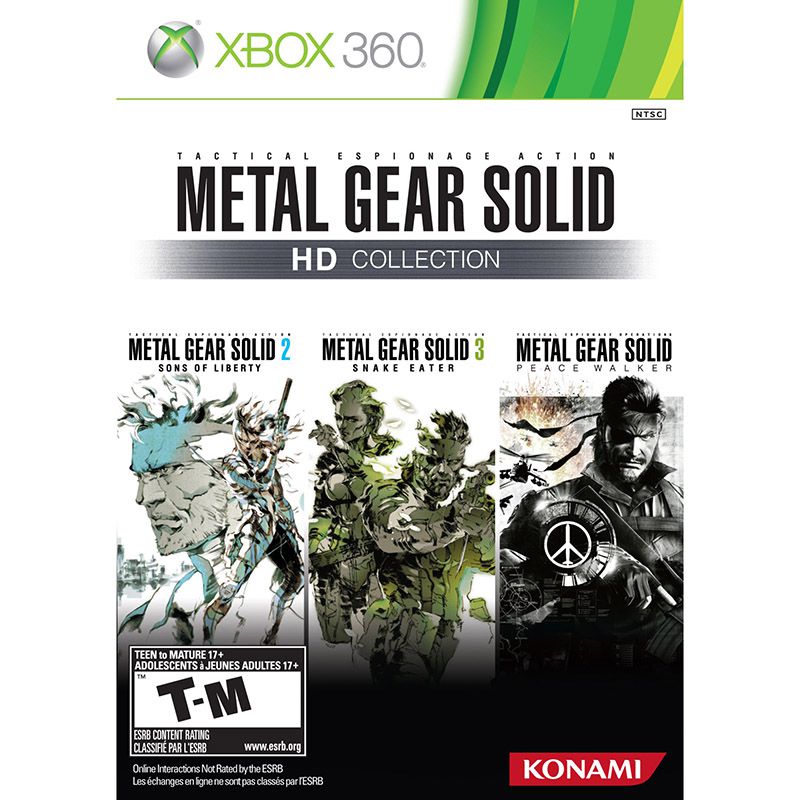 It’s hard to describe in a few sentences just how impressive the Metal Gear Solid series is, but for many, it’s considered one of the most profound works of all time. Gameplay has always focused on elements of stealth infiltration and problem-solving, but the game draws you in with its movie-like presentation of real-world history involving geopolitics, society’s function, and even prophetic revelations. Finish any one of these Metal Gear Solid titles and you’ll be left wondering about yourself and the world around you.

With a split-screen mode and family-friendly gameplay, Minecraft is an ideal Xbox 360 title for those who want to play together and express their creativity.

If you’re looking for a first-person shooter game with a local co-op, look no further than Call of Duty: World of War Platinum Hits.

Alex Williams has been writing professionally for the past five years. He covers a range of tech topics and has reviewed everything from video games to wearable technologies.

Gameplay - Gameplay describes how players interact with the game, from the environment to its challenges and other players. In competitive games, players are pit against each other, whether that’s on a racetrack, a basketball court, or in an open world. In collaborative games, on the other hand, players work together to solve challenges and defeat common enemies.

Franchise - If you’re already a fan of a franchise, you may be keen to stick with it. The most popular franchises include Mario, Call of Duty, Grand Theft Auto, and Minecraft. Some franchises have even expanded into other game genres, covering racing, sports, puzzles, and more. However, if you’re on the hunt for something different, choose a game that will let you discover totally new characters and worlds.

Rating - All video games have an Entertainment Software Rating Board (ESRB) rating, which helps you pick something that will be both fun and age-appropriate for the player. The rating consists of three parts: rating categories (“E” for everyone, “E10+” for ages 10 and up, “T” for teens, “M” for mature 17+, and “A” for adults only); content descriptors (comic mischief, mild language, etc.); and interactive elements (in-game purchases, users interact, shares location, unrestricted internet, etc.).