Windows phones for every user 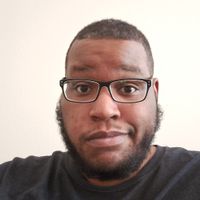 The Rundown
Best Overall:
Alcatel Idol 4S at Amazon
"Alcatel brought its newly developed design language to the Windows world with a banger of a smartphone."
Runner-Up, Best Overall:
Lumia 950 XL at Amazon
"The Microsoft Lumia 950 XL is among the last examples of great Windows Phones."
Best Windows Phone Alternative:
Samsung Galaxy S10 at Amazon
"The Samsung Galaxy S10 is the best choice for Windows Phone refugees."
Best for Business Users:
HP Elite X3 at Amazon
"Running Windows 10 Mobile, the HP Elite x3 is compatible with a desktop dock that emulates a traditional PC experience."
Best Small:
Lumia 950 at Amazon
"The Lumia 950 is a small Windows phone that packs a sizable punch." 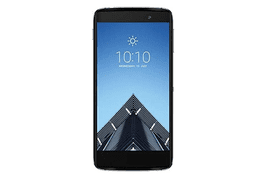 The Alcatel Idol 4S was a quality Windows phone for its time. Alcatel brought its newly developed design language to the Windows world with a banger of a smartphone. One of the most recent Windows 10 phones available, the Alcatel Idol 4S features a Snapdragon 820. The 820 remains an efficient beast for smooth Windows 10 Mobile operation.

While incredibly vivid, the 5.5-inch AMOLED display only pushes a 1080p resolution, but it’s plenty sharp if apps are your bread-and-butter. For optics, you get a 21MP camera with phase detection autofocus and an 8MP sensor for selfies and video calls. Memory tops out at 4GB of RAM and 64GB of storage, but you can add up to 1TB to the latter with a microSD card. The 3,000mAh battery inside will last about a day. And while it does feature a USB-C port, charging speeds are on the slower side at just 10W. Still, the Alcatel Idol 4S is a reliable Windows phone that can handle anything you need.

The Microsoft Lumia 950 XL is among the last examples of great Windows Phones and is one of the few with a 5.7-inch AMOLED Quad HD display. It also has Qualcomm’s Snapdragon 810 chipset with 3GB of RAM, which was once a flagship configuration. Successors have eclipsed that power half a dozen times, but it does an excellent job handling the highly optimized Windows 10 Mobile OS.

True to the Lumia namesake, its 20MP Zeiss camera produces respectable results with features like optical image stabilization. A 5MP sensor joins it on the front. The Lumia 950 XL uses USB Type-C 3.0 for charging and data, a rare trait for a Windows phone, which offers considerably faster data transfer speeds. That distinction is worth pointing out as many manufacturers tend to skip out on handy piece of tech. Rounding out the list of positives, you’ll get 32GB of expandable storage (microSD), a 3,340mAh battery, and a gaggle of LTE bands for use on virtually any modern wireless network of the world. 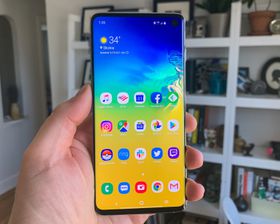 4.8
Buy on Amazon Buy on Best Buy Buy on B&H Photo Video
What We Like
What We Don't Like

You’re likely asking yourself how an Android phone can top the list of the best Windows phones. That’s because Microsoft has phased out the Windows Phone, and we feel it’s better to go with an Android phone, just as Microsoft recommended when they shuttered the OS. The Samsung Galaxy S10 is an ideal device for the task.

The S10 is an all-around beast that sits at or near the top of every relevant category of the modern smartphone. It also helps that these two companies once worked together to make special Windows Edition Galaxy phones. You can expect a harmonious relationship between Samsung’s phone and Microsoft’s apps, all of which are available at Google Play.

With Microsoft’s push to get Windows Phone into the enterprise sector, HP took that opportunity to revive its smartphone-making efforts with the HP Elite x3. If its muted design didn’t already tip you off to its place in the business world, then the added biometric security options and desktop computing capabilities surely will.

HP included both a fingerprint and retina scanner for added convenience and security. It’s also fully equipped with a Snapdragon 820 to handle all your apps with keen efficiency, 4GB of RAM for multitasking ability, a massive 5.96-inch Quad HD AMOLED display, a 16MP rear camera, and an 8MP front camera. Bang & Olufson lends its expertise for the powerful speakers at the bottom for excellent sound quality.

Running Windows 10 Mobile, the HP Elite x3 is compatible with a desktop dock that emulates a traditional PC experience when used with a mouse and keyboard. Other Windows phones can claim similar tricks, but the HP Elite x3 is the only model bundling the accessory with your purchase.

If the Lumia 950 XL is a bit too large for your liking, Lumia 950 might be more your style. Microsoft uses the hexa-core Snapdragon 808 instead of the octa-core Snapdragon 810 here, but otherwise matches wits with 3GB of RAM, a 20MP f/1.9 rear Zeiss camera with OIS and 4K video recording, a 5MP front camera sitting next to an iris scanner, and 32GB of storage expandable with a microSD card slot.

It also has a removable 3,000mAh battery with Qi wireless charging. Microsoft says you can get up to 50% battery life in 30 minutes of charging if you opt to use the included USB Type-C fast charger, though. The biggest difference of all is the 5.2-inch AMOLED display. It’s extremely sharp with its Quad HD resolution of 2560 x 1440. That gives us a pixel density of 564 ppi, well beyond the average human eye’s reading distance limit. Sprinkle in some niche features like NFC and FM Radio, and the Lumia 950 is a small Windows phone that packs a sizable punch.

The 10 Best Smartphones of 2020
More from Lifewire