Transport yourself to a whole new dimension 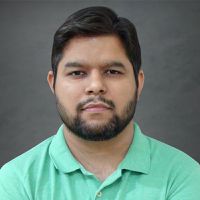 Rajat Sharma
Writer
Rajat Sharma is a tech writer whose writing has appeared on sites like I Love Free Software andBeebom and he's written for, ZEE Media Enterprises Limited and The Times Group.
our editorial process
Rajat Sharma
Games & Consoles

Having just the right mix of features and a fairly reasonable asking price, HP's VR1000-127il is arguably one of the most affordable Windows Mixed Reality headsets.

Like a majority of the other WMR headsets out there, the VR1000-127il has two 2.89-inch displays, with a per eye resolution of 1440 x 1440 pixels and a 95-degree field of view. It features two front-facing cameras for inside-out motion tracking, complete with six degrees of freedom (DOF).

The headset's front-hinged display and double-padded headband make it ideal for extended hours of use, while a knob lets you adjust the headset for a snug fit. Using the built-in, 3.5mm audio port, you can connect your favorite pair of headphones/earphones and enjoy great audio. For hooking up with Windows 10 PCs, HP VR1000-127il uses the standard HDMI and USB ports and comes with a 4m long cable for the same.​

The VR1000-127il is ideal for playing games (such as SteamVR titles), and can also be used with a multitude of other mixed reality apps.

Considering the fact that VR headsets always have to be worn over the head, it's imperative that they are comfortable enough to be used for an extended amount of time. If you want a snug Windows Mixed Reality headset, look no further than Asus HC102.

The HC102 is made from premium soft materials, chosen specially to maximize the comfort of the user(s). Having a cool-touch, fabric-like finish, the quick-drying materials come with antibacterial properties. For further enhancing the users' comfort, Asus HC102 features a unique strap and adjustment mechanism, which makes it easy to adjust the headset with one hand. Its "balanced-crown" design puts ​the majority of the weight on the forehead and back of the skull, relieving the pressure on the wearer's nose and face.

The HC102 features two 2.89-inch displays, each having a resolution of 1440 x 1440 pixels. The combined display has a brightness of 100 nits and a 95-degree field of view. The HC102 uses two cameras for inside-out tracking, and the included wireless controllers (x2) come with six degrees-of-freedom (DOF) support. A 3.5mm audio port lets you connect your favorite pair of headphones (or earphones) to the headset.

Asus HC102 uses HDMI 2.0 (display) and USB 3.0 (data) to interface with (compatible) Windows 10 PCs. Its integrated sensors include an accelerometer, a gyroscope, a magnetometer, and a P-sensor.

In order to truly enjoy the VR experience, you need a Windows Mixed Reality headset that lets you see the most of those immersive worlds, always. One such headset is the Dell Visor.

Thanks to its wide 110-degree field of view, Dell Visor allows you to visualize and interact with an expanded Virtual Reality space (and all of its elements), at all times. Its dual display is comprised of two 2.89-inch LCD (RGB subpixel) panels, each with a resolution of 1440 x 1440 pixels and a pixel density of 706ppi. Having a refresh rate of 90Hz, the panels are comprised of Fresnel lenses that deliver sharp focus and enhanced focal depth. Dell Visor features inside-out tracking, and the bundled controllers come with six degrees-of-freedom (DOF) support, allowing for seamless movements in VR environments.

The controllers also have Haptic feedback, and the headset comes with software-based IPD adjustment. The Visor has dual B+W VGA cameras for mapping, and uses standard ports (USB 3.0 and HDMI 2.0) to connect with Windows 10 PCs. And of course, there's a 3.5mm audio port that you can use to hook up external headphones or earphones to the headset.

Given that most of them look like chunky contraptions, "stylish" isn't exactly a term that one would associate with VR headsets. However, Acer's AH101-D8EY happens to be an exception.

There's no denying the fact that Acer AH101-D8EY is the best-looking Windows Mixed Reality headset that you can buy. It features a two-tone paint job, with the visor done in a glossy shade of blue and the rest of the headset having a matte black color. The headband adjustment dial and the thick bar housing the tracking cameras further accentuate the headset's design.

As far as the other features are concerned, Acer AH101-D8EY features two 2.89-inch displays, with a per eye resolution of 1440 x 1440 pixels and a refresh rate of 90Hz. The device features inside-out tracking using B+W VGA cameras and is quite easy and straightforward to set up.

The visor can be flipped up easily, allowing you to transition between the real and virtual worlds quickly, and the headband can be adjusted for a perfect fit. The AH101-D8EY is fully compatible with all the Mixed Reality applications available from the Microsoft Store, including everything from games to productivity apps. It has a 100-degree field of view, and a maximum IPD of 63mm.

Since VR headsets always need to be worn over the head, using them for long hours can (and does) get a little tiring. But with Lenovo Explorer, it doesn't have to be that way.

Weighing just 380 grams (0.84 pounds), Lenovo Explorer is arguably the lightest Windows Mixed Reality headset around. It's also quite easy to use, and can be set up in minutes. It has two 2.89-inch LCD panels, each with a resolution of 1440 x 1440 pixels. The display has a refresh rate of 90Hz and a 110-degree field of view. Lenovo Explorer sports a premium iron gray finish and has two cameras for inside-out motion tracking.

Other sensors include a magnetometer, an accelerometer, a gyroscope, and a proximity sensor. The headset's front-hinged design makes it easy to lift up the visor and interact with the real world, and it uses the bundled Y-cable (with HDMI and USB ports) to connect with Windows 10 PCs. A 3.5mm port lets you connect any pair of headphones or earphones to the headset. Lenovo Explorer comes with two wireless controllers having six degrees of freedom support. Apart from that, it can be handled via Xbox controllers, and even keyboard and mouse.

Lenovo Explorer includes Cortana support, allowing you to do everything from setting reminders to launching apps using voice commands.

Microsoft's HoloLens is essentially synonymous with Windows 10's mixed reality platform. If money is no object, it's not only the best Windows Mixed Reality headset out there but also the most powerful and feature-rich.

The primary way HoloLens is different from other WMR headsets in that it's a completely self-contained computer, so you don't need to connect it to a PC or any other device. Based on holographic technology, it allows you to engage with digital content and interact with holograms in mixed reality environments. HoloLens is made up of specialized components that work in tandem to enable holographic computing.

The optical system works in lock-step with advanced sensors, and a dedicated Holographic Processing Unit (HPU) processes a large amount of data at very fast rates. Using advanced sensors, Microsoft HoloLens can see, map, and understand places, spaces, and things around the user(s). Its high-definition lenses use an optical projection system to generate multidimensional full-color images with very low latency.

The headset features built-in speakers for spatial audio, as well as an Inertial Measurement Unit (IMU). Powered by an Intel CPU, it has 2GB of RAM (1GB for HPU) and 64GB of storage. Visual data is projected on a 2.3MP widescreen stereoscopic head-mounted display.

For wireless connectivity, Microsoft HoloLens has Wi-Fi 802.11ac and Bluetooth 4.1. Its rechargeable battery can go up to two to three hours on a full charge.