Most smartphones have pretty decent cameras, but you may be left wanting more due to their physical limitations. There are now many powerful cameras with highly developed Wi-Fi connectivity that can significantly enhance the quality of the images you capture. Connect them to your smartphone or tablet and you can quickly and easily share images that stand out.

While many cameras have Wi-Fi, we selected options that give you a reason to carry or use them rather than just sticking with your phone. Whether you want to create and share professional-looking images or you're a video blogger, here are our recommendations for the best Wi-Fi cameras. 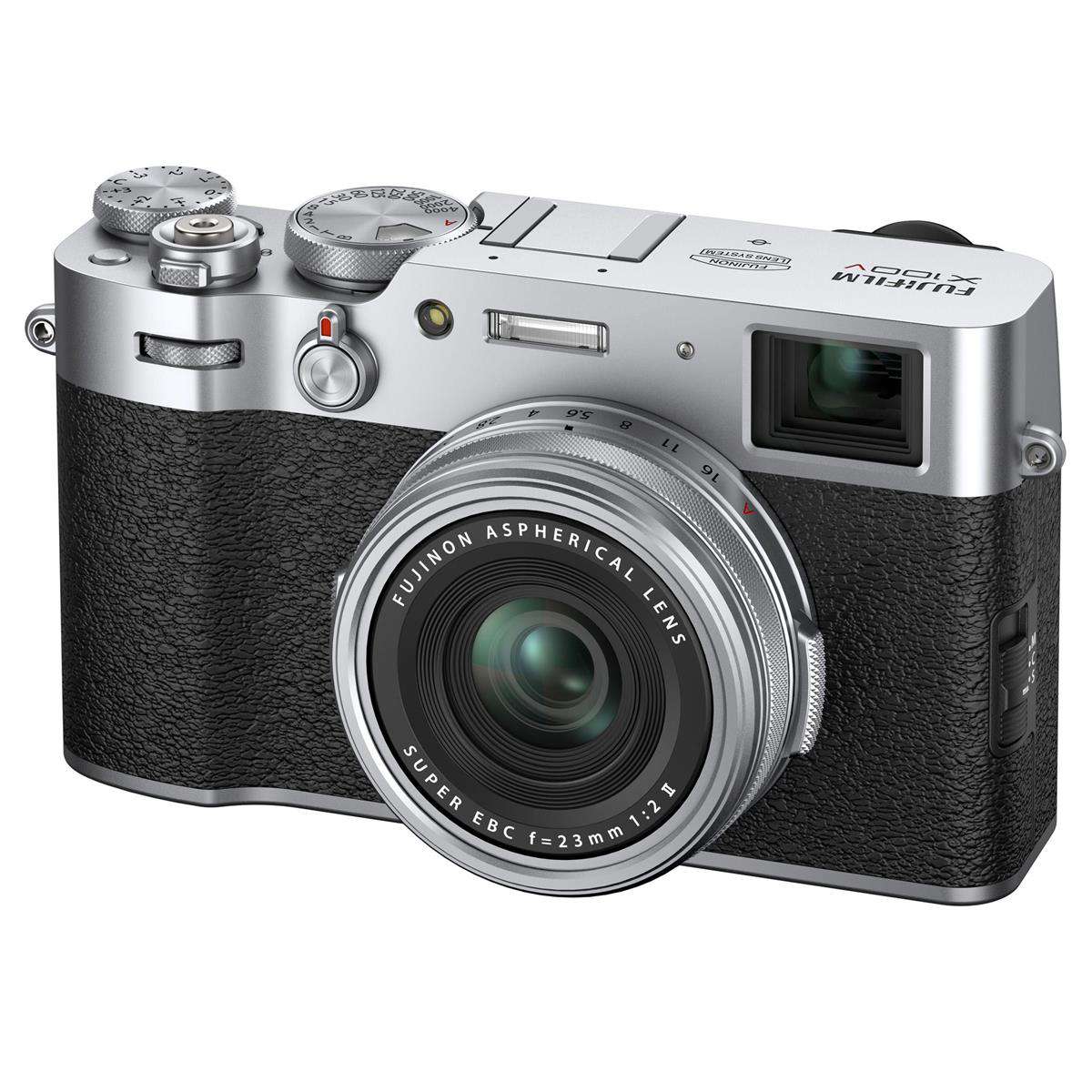 Having a camera as a companion to your smartphone means you want something special—something that makes you want to pick it up and shoot with it. The X100V has that pick-up-and-shoot appeal, as well as the beautiful images to back up its unique and engaging vintage design.

At its core, an enormous sensor powers the X100V. This sensor can deliver pro-grade images captured through its 35mm equivalent lens (a common and versatile size). The lens features a bright aperture (the amount of light it lets in) that provides creamy out-of-focus bokeh effect areas as well as crisp images in dimly lit conditions.

We've spent some hands-on time with the X100V and find the retro-inspired controls a joy to use. We also appreciate its unique hybrid optical/digital range finder-style viewfinder, which lets you look through the viewfinder or the display.

With the X100V, you’ll be as excited to take pictures as you will be to transfer them to your phone and share them with your friends. 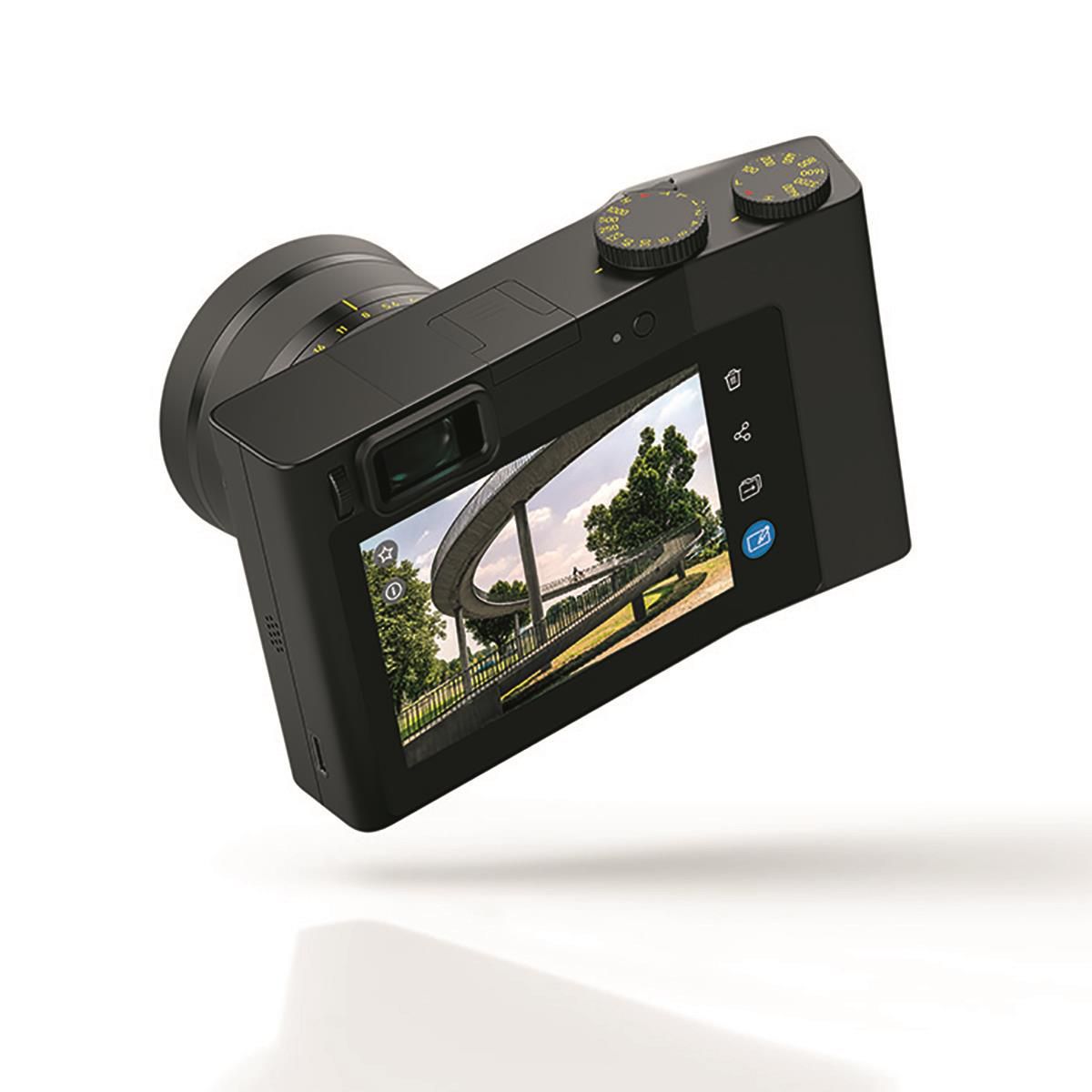 The truth is the ZEISS ZX1 would be our top pick for the best Wi-Fi camera if not for the extravagant price tag. You could buy a professional DSLR or mirrorless camera and a high-end lens and maybe have some change left over for the same cost. However, the ZX1 puts all others to shame in terms of connectivity.

With this camera, you don’t need to connect to a smartphone or computer to share your photos; you can do so directly from the camera by connecting directly to an internet-enabled Wi-Fi connection. It’s got Adobe Lightroom editing software built in and is one of the most complete all-in-one photography solutions around. Even better, it features a full-frame image sensor and a premium quality ZEISS lens.

If you can justify dropping some serious cash on an extremely expensive camera, the ZEISS ZX1 is an awesome and unique photography experience. 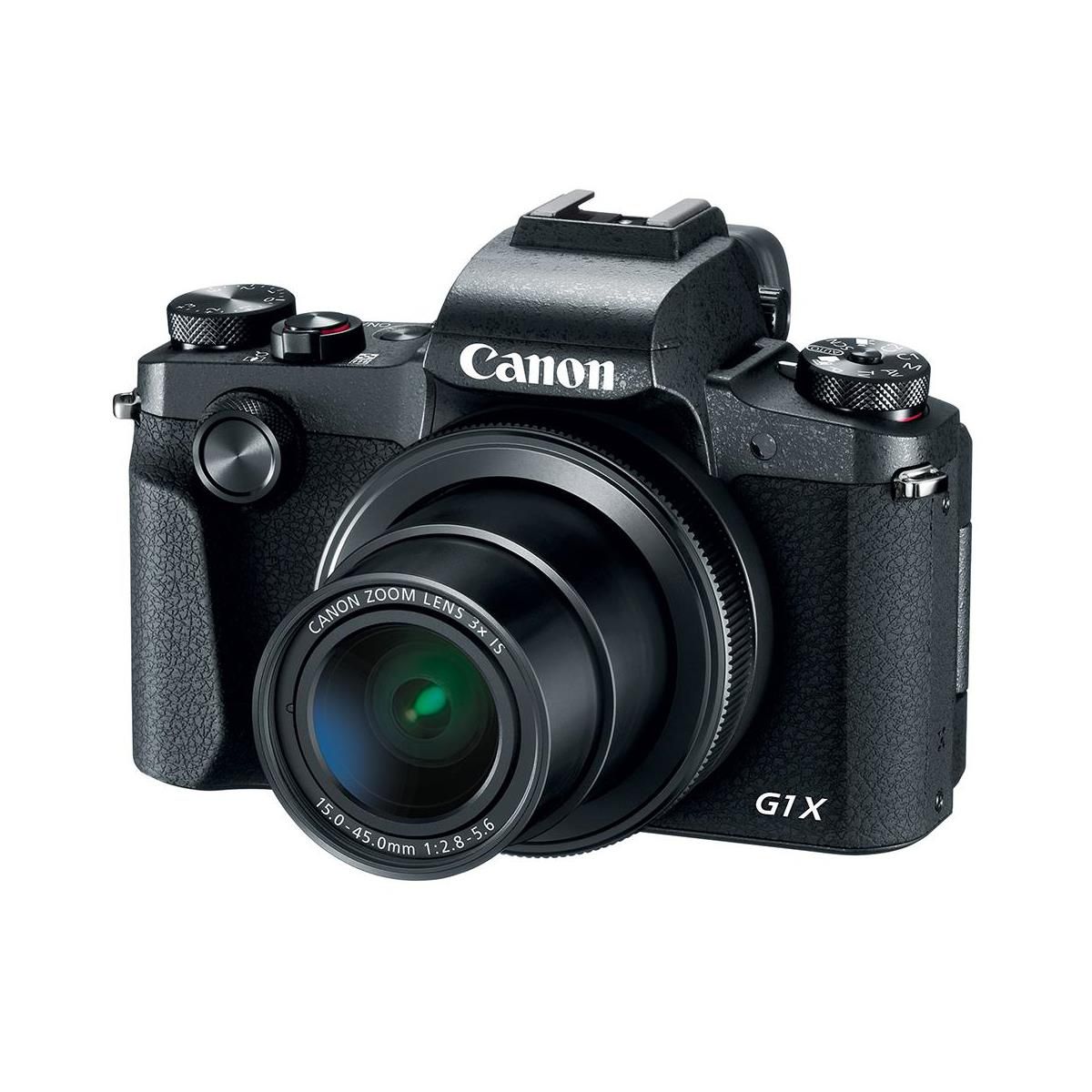 If you want a compact camera with a large sensor, zoom lens capability, and just an all-around great Wi-Fi-enabled photography experience, the Canon Powershot G1 X Mark III is a fantastic option. It’s still kind of pricey, but for your money, you’re getting a point-and-shoot camera with most of the capabilities you’d expect in an entry-level DSLR or mirrorless camera.

The sensor in this camera is comparable to our top pick, the Fujifilm X100V, yet the G1 X Mark III is available for only about 75 percent of the cost. It’s also more flexible in zoom range, with its 3x 24-72mm equivalent lens. However, the lens on the X100V does let in more light and provides better out-of-focus backgrounds. It beats out the G1 X Mark III overall, but this Canon is by no means an inferior option if you prefer to save some money. 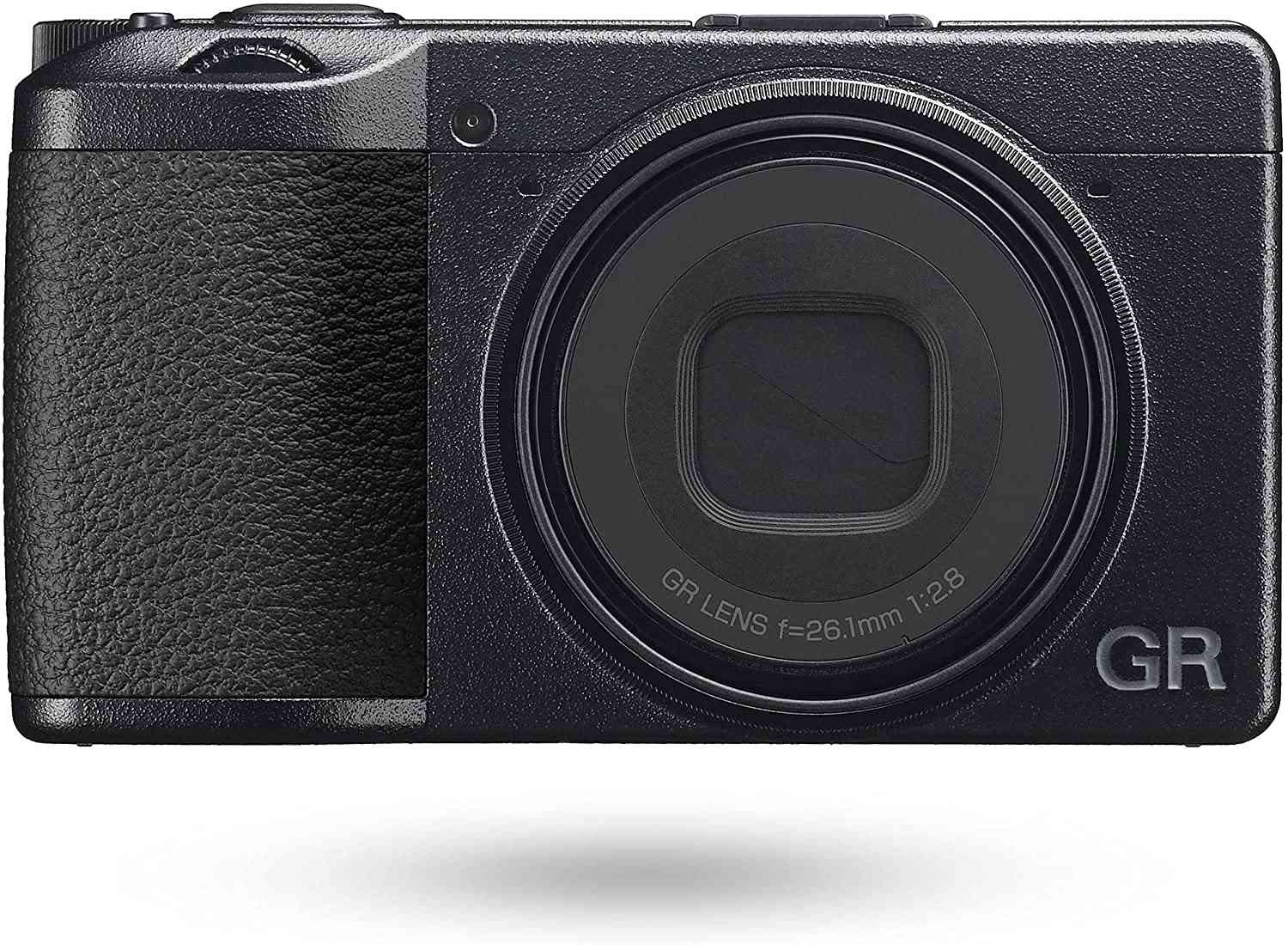 Many photographers consider RICOH's GR series of compact cameras to be the ultimate tools for street photography. These compact cameras produce fantastic images, and their understated appearance doesn't draw undue attention on a busy street. The RICOH GR IIIx features a large high-resolution sensor behind a 40mm equivalent lens. This is a very versatile focal length (how much the camera captures) that snaps gorgeous professional-quality pictures.

It's an awesome camera for any kind of photographer. However, it has a few downsides, including a fixed screen you can't tilt for shooting at awkward angles. It also can't shoot 4K video like most other modern cameras. Regardless, the Ricoh GR III X is the perfect camera for street photographers on the hunt for candid images. 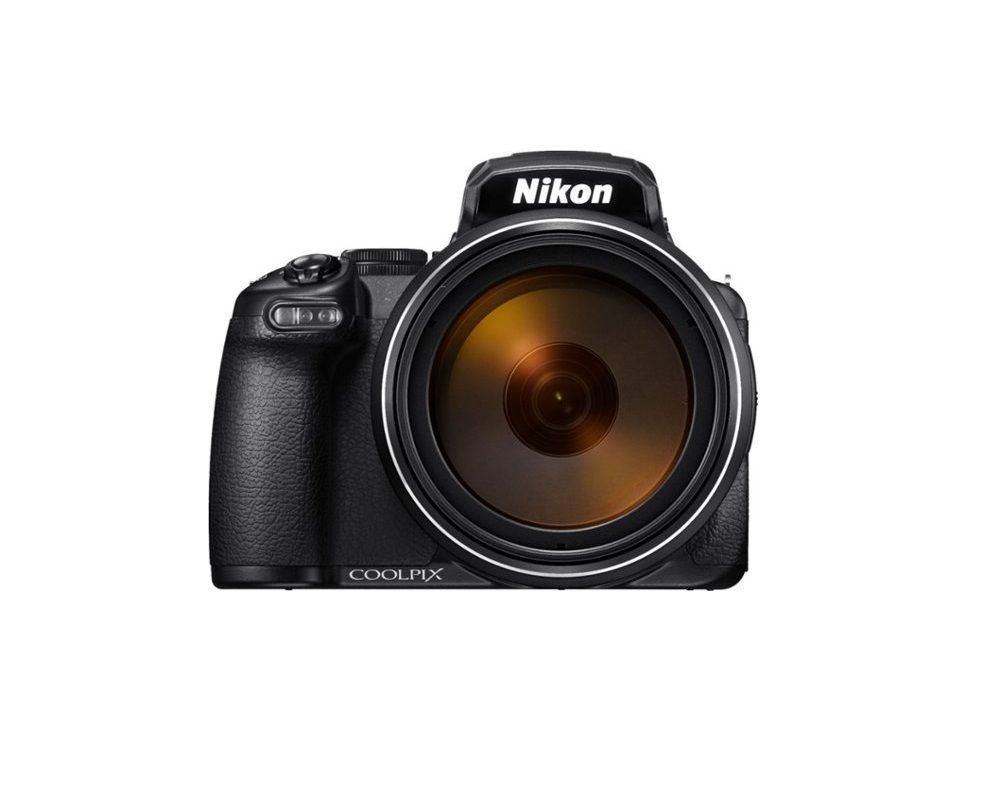 View On Amazon View On Walmart View On Adorama.com
What We Like
What We Don't Like
Nikon COOLPIX P1000 Review

It's hard to overstate how cool we find this camera's optical zoom (a lens that moves to focus on subjects). The P1000 can shoot from a wide-angle 24mm focal length equivalent, all the way out to 3000mm. That means this camera has a whopping 125x zoom that allows you to photograph subjects at any distance as if they're close up.

While this is an incredibly versatile camera with an unparalleled zoom range, there are a few caveats to consider aside from its bulky size. It's not cheap, and the sensor is similar to the size of a typical smartphone camera sensor. The smaller sensor is how it achieves its fantastic range, which can be a ton of fun, whether you're traveling or just watching birds in your yard.

I found the Nikon COOLPIX P1000 to be an incredible camera when testing and great for continued use because of its zoom range in a relatively small design. It won't fit in your pocket but is compact compared to a DSLR or mirrorless camera. A single battery charge took only a few hours and lasted for hundreds of shots, even shooting impressive 4K video. My testing also showed that the P1000 is easy to grip and use thanks to numerous controls to adjust shooting mode, zoom, and toggle between automatic and manual focusing. One hidden highlight of the P1000 is its support for astrophotography, the ability to capture the night sky. I experimented with the camera's special moon photography mode but found manual mode better for most night shooting. — Andy Zahn, Product Tester 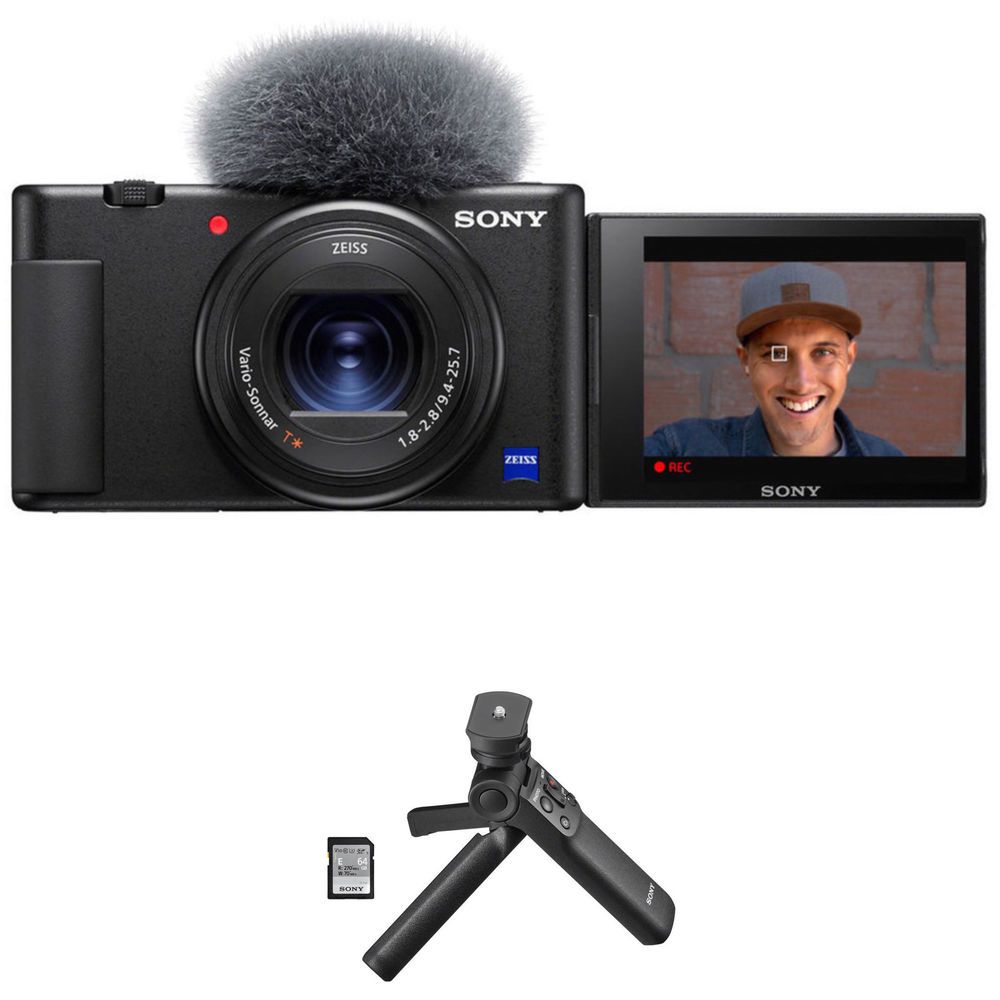 If you're looking to produce professional-quality vlogs (video blogs) on the go, the Sony ZV-1 is an excellent upgrade to shooting with your smartphone. It's a highly compact system loaded with professional photo and video features. The ZV-1 base bundle is a great camera even if you don't intend to shoot vlogs. However, the vlogger accessory kit becomes its own all-in-one mobile video creation studio.

The main downside here is the camera's relatively small sensor. It's slightly larger than most smartphone camera sensors and produces better images than your smartphone. However, there are cameras available with larger sensors for not much more money if that's what you're looking for. For vloggers, though, the ZV-1 can't be beaten. 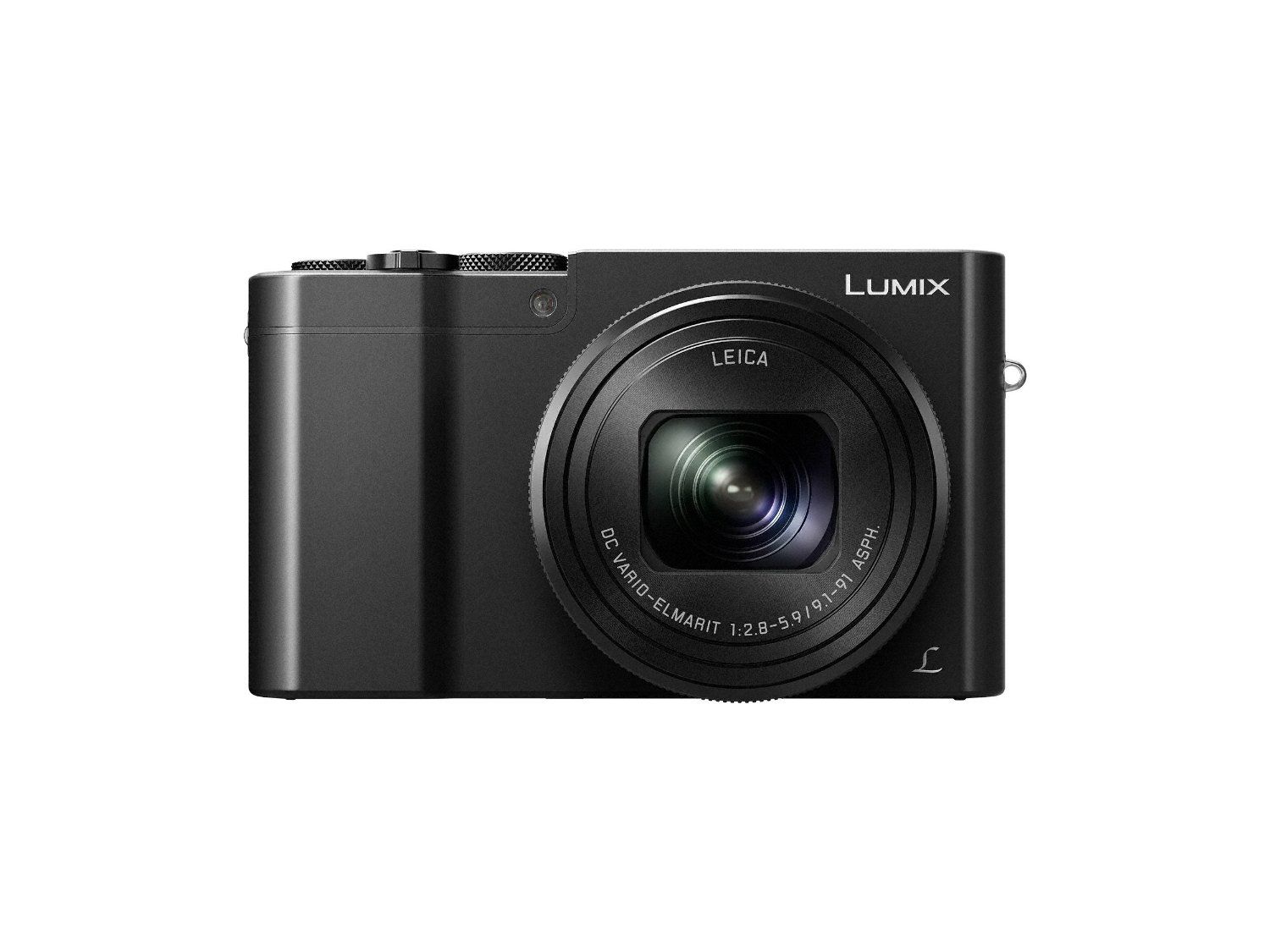 Courtesy of Amazon.com
View On Amazon View On Walmart View On B&H Photo Video
What We Like
What We Don't Like

If staying within a tight budget is crucial, the Panasonic LUMIX DMC-ZS100K is a highly competent and versatile camera that offers several meaningful upgrades over the camera in your smartphone. Though its sensor is not that much larger than the image sensor in your smartphone, it still boosts image quality.

Importantly, you’re getting a relatively long superzoom focal length with its 25 to 250mm equivalent lens on top of the larger sensor. This setup makes it absolutely ideal for travel, and it definitely grants you capabilities that aren't available on any smartphone. 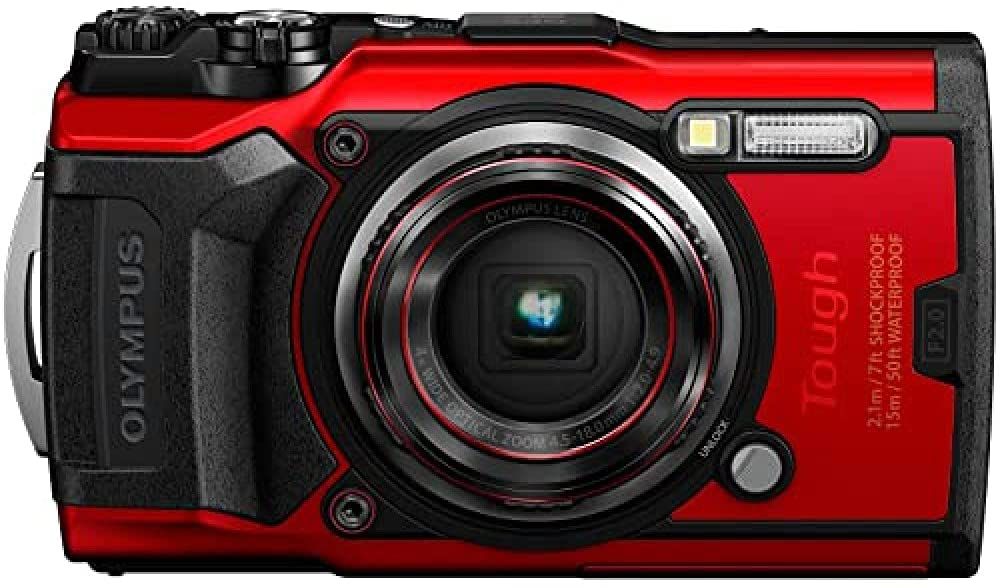 View On Amazon View On B&H Photo Video View On Adorama.com
What we like
What we don't like

While many modern smartphones are water-resistant to some extent, you really want to avoid dunking them as much as possible. That’s where a dedicated waterproof camera becomes a useful sidekick for your wilder adventures. The Olympus Tough TG-6 is the best ready-made solution for photography underwater and in harsh situations. You can submerge it fairly deep underwater; we've tested it in challenging conditions while swimming in the ocean.

It’s also durable, though don't be too casual in flinging it about; we've seen that it can sustain some damage from a short fall onto a rock. Its small sensor also won’t deliver photos much better than what your phone can capture, though it does have a short optical zoom. One cool feature is its incredible super-macro capability, which captures some great up-close images. The TG-6 is also highly portable (pocket-sized) and relatively inexpensive.

Between its beautiful retro aesthetic, the enjoyable shooting experience it provides, and the gorgeous images it creates, the Fujifilm X100V (view at Amazon) is a fantastic camera that even an avid smartphone photographer will want to carry. If you're willing to splurge on its absurdly high price tag, the ZEISS ZX1 (view at B&H) is also fantastic. It puts all other cameras on this list to shame when it comes to connectivity.

What to Look for in a Wi-Fi Camera

One advantage a Wi-Fi camera can offer smartphone users is a long zoom range, something not often found in a smartphone. The Nikon P1000, for example, can capture close-ups of wildlife and other objects at an extreme distance.

When buying a Wi-Fi camera, it's important to consider what significant advantages it will offer compared to just taking pictures with your smartphone. A big factor is sensor size since most phone cameras feature tiny sensors. With that in mind, carrying a Wi-Fi-connected camera with a larger sensor capable of capturing better, more professional-looking images can make a lot of sense.

Wi-Fi cameras tend to be pricey, and that's because of how good smartphone cameras have gotten. A dedicated camera has to offer some serious features to gain an appreciable advantage over a smartphone, resulting in steeper price tags.

Andy Zahn is a professional photographer, videographer, and writer who has been contributing to Lifewire since 2019. Andy is a self-described camera geek who has a deep fascination with imaging technology. He's reviewed numerous cameras and photographic devices over the years.

The 9 Best Smartphone Cameras of 2022
Was this page helpful?
Thanks for letting us know!