Whether for hobby or professional use, these picks will up your vlogging game

The best vlogging cameras are built to be durable and portable, but shouldn't sacrifice great image quality as a result. While you'll likely be taking them on the go to shoot remotes or chronicle your latest vacation (and they thus need to be able to stand up to the rigors of the road...or beach), since you'll likely be uploading these for public consumption, you also want them to be as visually (and aurally) appealing as possible.

Whether you're a beginner photographer or a veteran with a massive audience, these are the best vlogging cameras currently available, though for some other great options, our best cameras for under $250 roundup collects some great intermediate models. 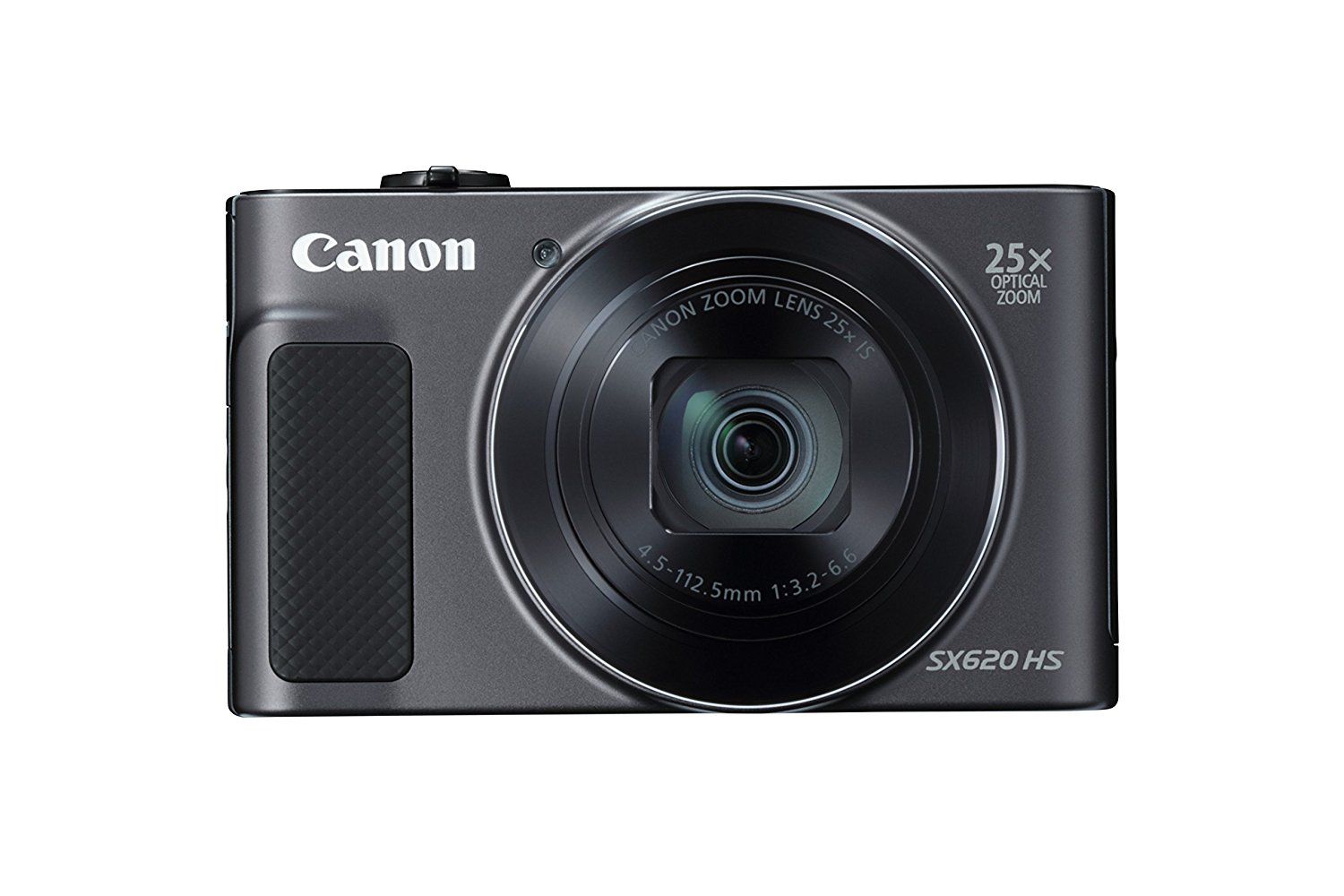 Vloggers on a budget don't have to look far to find a solid camera with 1080p video recording. The Canon SX620 HS features a 20.2-megapixel CMOS sensor and Full HD video recording at 30fps. And recording straight in MP4 format means every clip is ready to export, edit and upload without conversion.

The inclusion of four different optical stabilization modes is a big win for vloggers who want to correct motion blur, hand movement and any unwanted camera shake. The rear of the camera features a three-inch LCD display that offers easy playback of recently recorded footage for review even in a fixed position. With 25x optical zoom, vloggers have an opportunity to capture nearly everything they want at a distance, while built-in Wi-Fi and NFC technology along with Canon's download app make transferring captured footage a breeze. 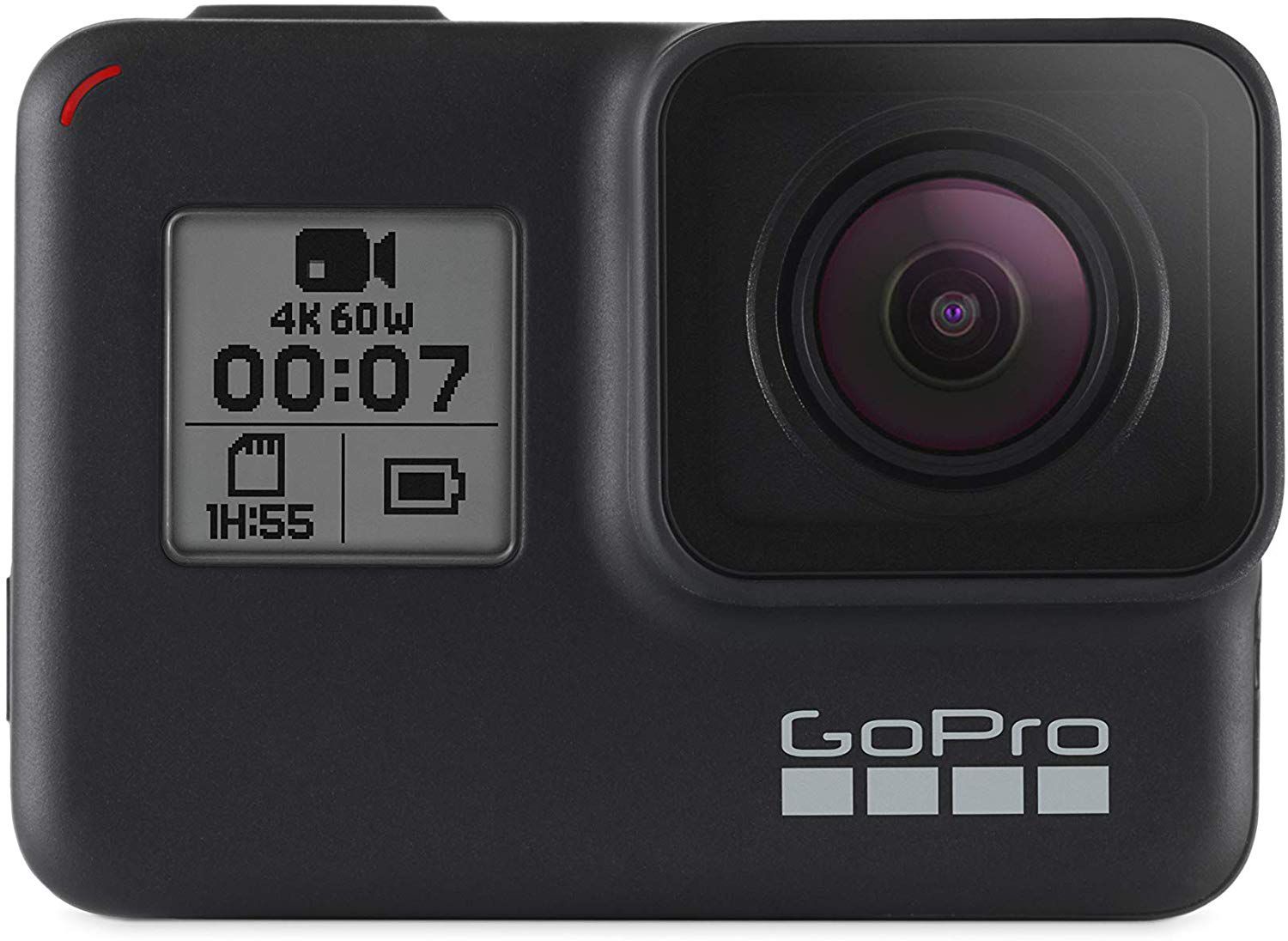 In the world of vlogging, some influencers (and aspiring influencers) have begun to live stream themselves on numerous platforms like YouTube and Twitch as a way to connect with fans in real time. While most of the cameras on this list are great for shooting video and then editing footage later, the GoPro HERO7 Black is unique in that it also lets you live stream to many of the top social media platforms directly.

First and foremost, the GoPro HERO7 makes it easy to stream to Facebook Live. But it also offers the ability to stream using an RTMP URL, enabling you to broadcast live on YouTube, Twitch, and Vimeo as well. On top of this, the HERO7 Black is a great camera that can record in stunning 4K with incredible video stabilization, so whether you’re biking, snowboarding, or just walking around, your videos are smooth. You can also take the HERO7 Black just about anywhere, as it is rugged and waterproof up to 33 feet. That gives you more opportunities to set your vlogs apart from the rest. 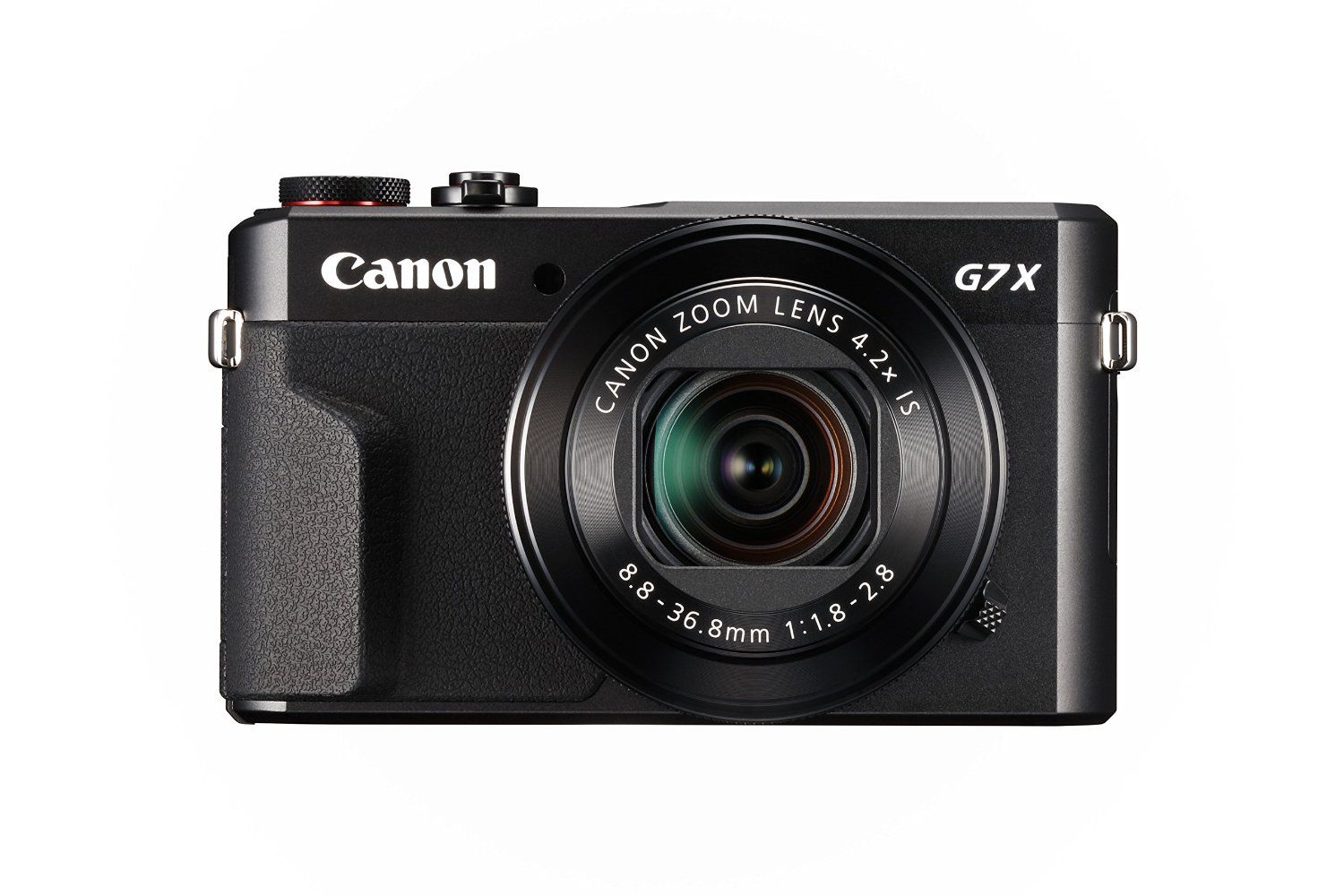 Measuring 2.4 x 1.65 x 4.15 inches and weighing 1.4 pounds, the Canon Powershot G7X Mark II is one of the most well-known cameras for vloggers. With an excellent combination of 1080p video at both 30 and 60 frames-per-second and stereo sound, the only real downside to the Mark II is its lack of 4K video shooting. The three-inch touchscreen offers complete control camera features and has 180-degree tilting up and 45-degree tilting down. There's also optical image stabilization, which is a must-have for any vlogger.

Image capture is handled by a 20.1-megapixel CMOS sensor with DIGIC 7 image processor that provides outstanding low-light quality. Wi-Fi, NFC and Canon's downloadable Camera Connect app on both Android and iOS make for an easy way to transfer both photo and video footage straight to a computer. 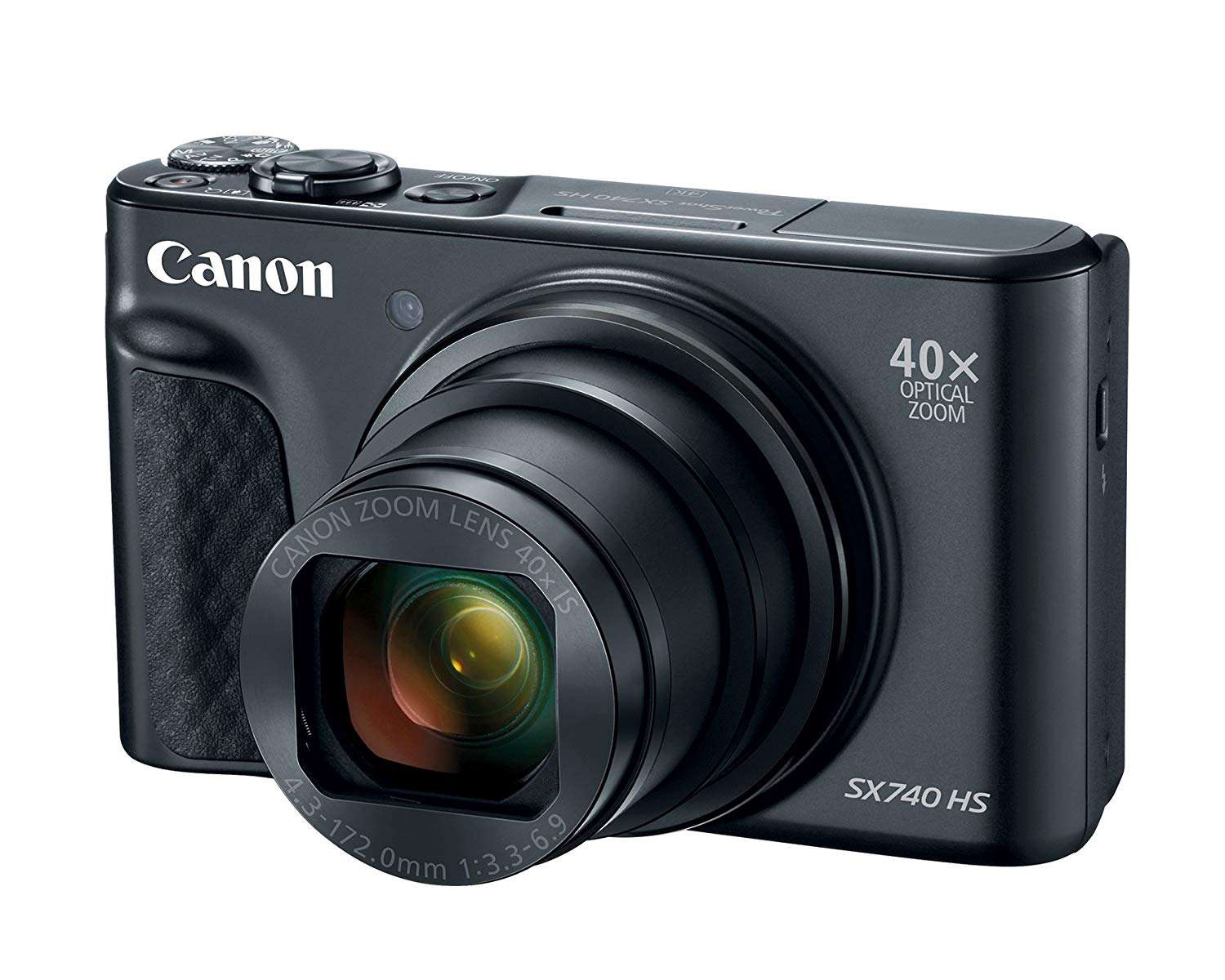 For vloggers on a budget, you can’t do any better than the Canon PowerShot SX740 HS. The name might be a mouthful, but Canon’s latest travel zoom compact camera offers spectacular performance perfect for vloggers on the go.

Impressively small, the camera easily fits in pockets and purses. The 20.3-megapixel CMOS chip wins rave reviews for daytime shooting. Like any compact camera, nighttime shooting can be challenging, but the Canon performs comfortably above competitors in its price range. With its superb long range, it’s a must-have for any vlogger who loves to travel.

Equipped with 4K video capture, the PowerShot SX740 captures footage at 30fps; that’s relatively in line with today’s modern smartphones. Where it differentiates itself is the built-in optical image stabilizer for reducing jerky video footage. The Canon features a 4K time-lapse movie mode as well as 4K frame cropping for grabbing still images from video clips. Once the next vlog is captured, moving the footage is easily done through Wi-Fi or Canon’s camera connect app. 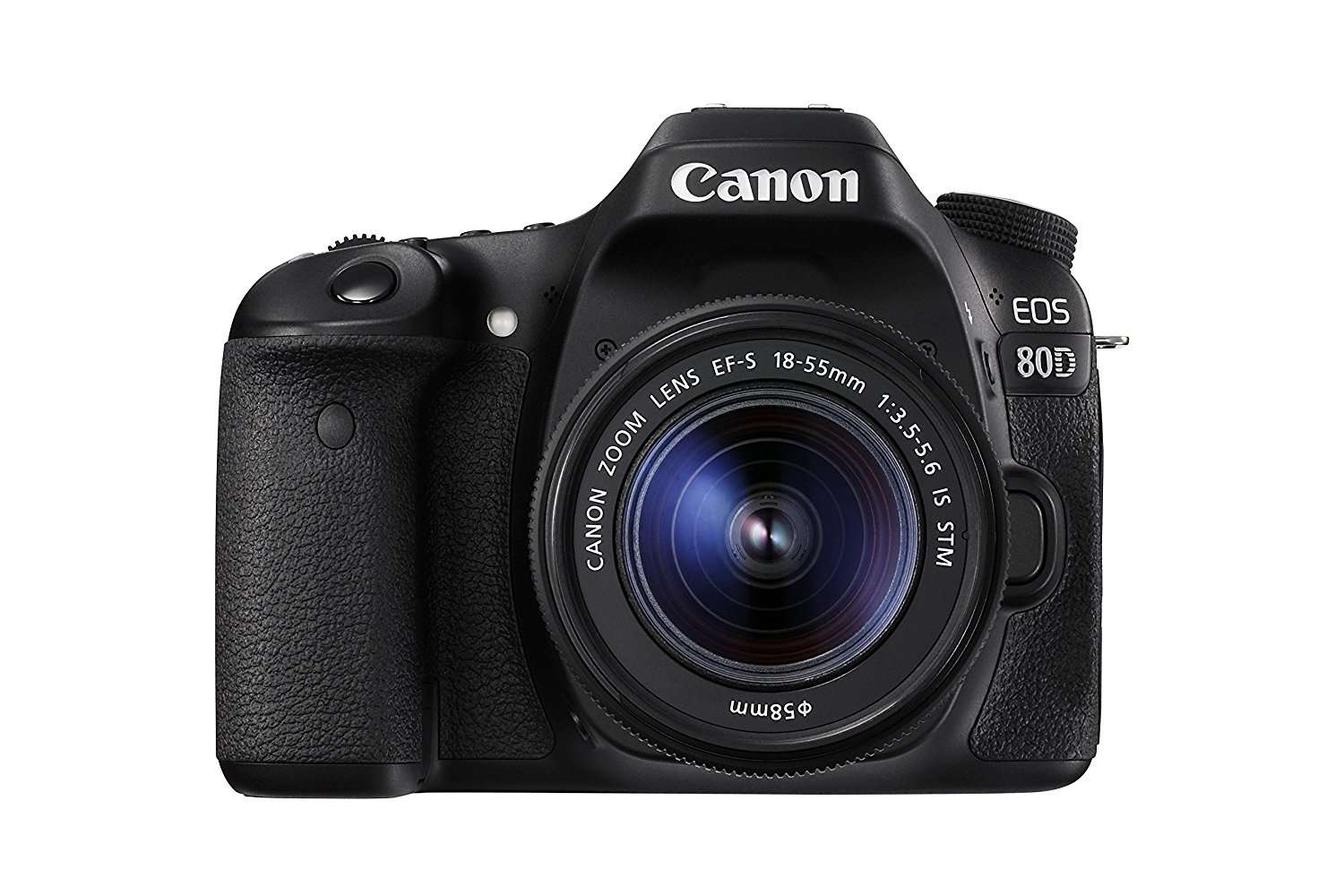 While the Canon EOS 80D DLSR might not be the most portable vlogging camera around, it's a wildly popular option for vloggers capturing footage in a studio. With a better than average 960-shot battery life for image capturing and video recording, the lack of 4K recording is noticeable, but the excellent quality of the Canon's 1080p HD recording at 60fps more than does the job.

A slew of built-in connectivity options, including NFC Wi-Fi, makes getting footage off the camera and onto the desktop easy. The 24.2-megapixel CMOS sensor pairs with a touchscreen LCD for quick access to white balance, ISO, focus mode and audio control. A 45-point autofocus system offers incredible daylight and low light performance, while the vari-angle three-inch LCD display adds 270 degrees of vertical rotation and 175 degrees of horizontal rotation for handily reviewing footage as you shoot. 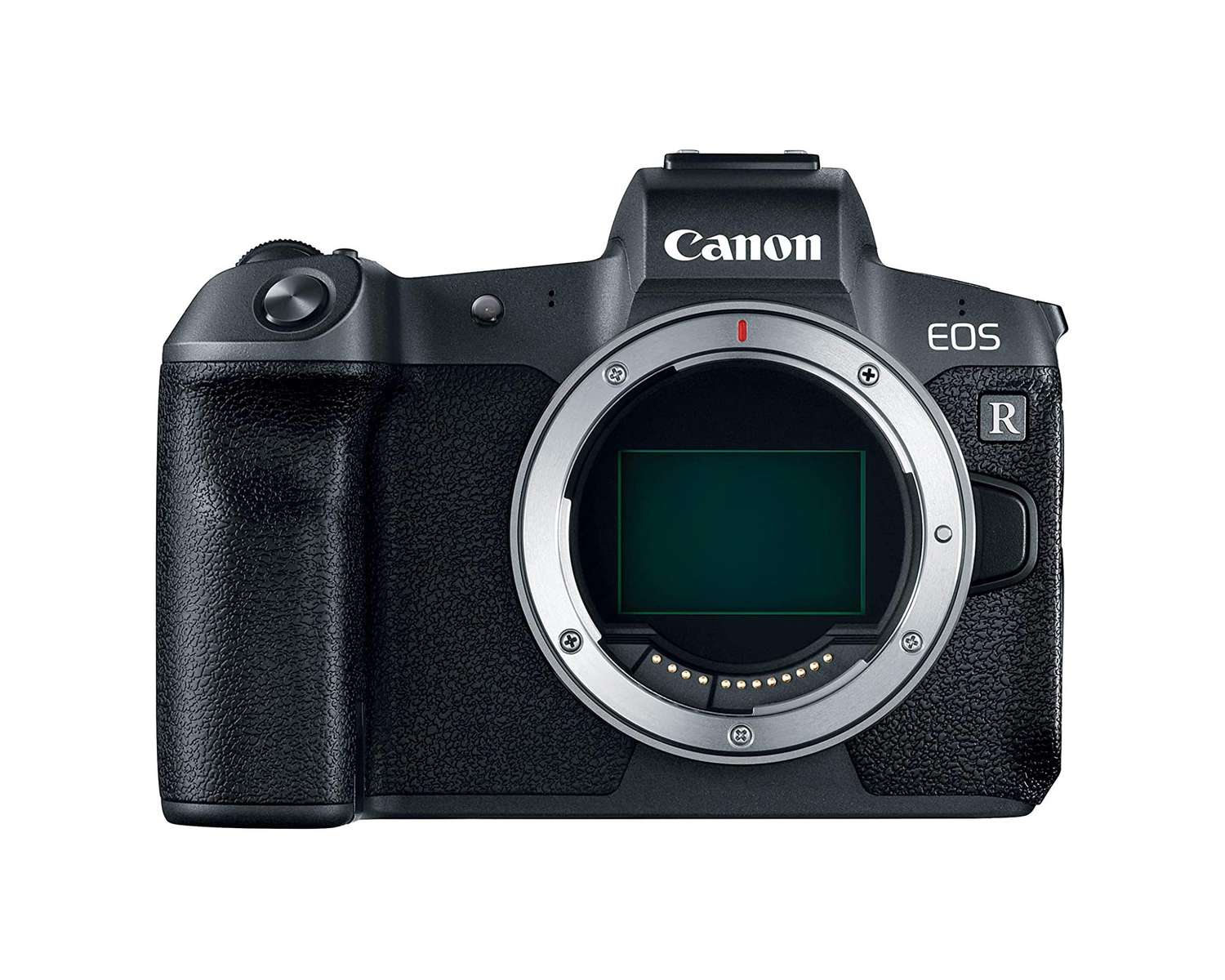 Canon’s first venture into the world of full-frame mirrorless cameras does not disappoint. Vloggers looking for a pro solution backed by the brand's excellent history will find the EOS R a strong choice. At first glance, a magnesium body (that screams durability) makes it easily confusable with a DSLR. But at 1.46 pounds, the Canon is easily carried for vlogging around the world or in the comfort of your own home. Since not all vlogging takes place on a tripod, the large battery grip makes it very easy to hold.

Of course, video quality is of the utmost concern for a vlogger and that’s where the EOS R really shines. It captures 4K UHD up to 30fps and 1080p Full HD up to 60fps — it’s hard to do any better for the price. Autofocus is fast while manual focus utilizes Focus Peaking for quickly getting the right shot. When it comes to images, the 30-megapixel sensor hits a home run utilizing Canon’s Digic 8 software. Whether in low-light or midday, photos look incredible.

Canon's PowerShot SX620 HS is the best all-around pick for vloggers who want a camera to take with them on the go, but for a high-end professional model, consider the EOS 80D, also from Canon.

What to Look for in a Vlogging Camera

Video quality - It should be no surprise that the most important feature to consider when purchasing a camera for vlogging is its overall video quality. Be sure to check the camera’s resolution as a starting point; While you should strive for a device with a minimum recording quality of 1080p, purchasing a camera that supports 4K will keep you a step ahead of the game in the future.

Durability - Consider how you’ll be using your new camera. Some devices can survive being immersed in water and dropped from a significant height, and others need to be treated like porcelain dolls. Check a device’s durability rating to ensure you can take it wherever you’ll be filming.

Battery life - Nothing is more devastating to a vlogger than having a battery die halfway through shooting a video. Ensure that the camera you’re purchasing has a long battery life for filming on the go.