Get the most out of your gaming experience

The Switch may come with Joy-Con controllers, but the Switch Lite does not. Do not fear this, for the Joy-Con and any controller on this list can be purchased and paired. Adding new controllers will elevate the experience for both Switch and Switch Lite users. Not a Switch owner yet? We can help you decide which is best for you.

Check out the best Nintendo Switch controllers for any game below: 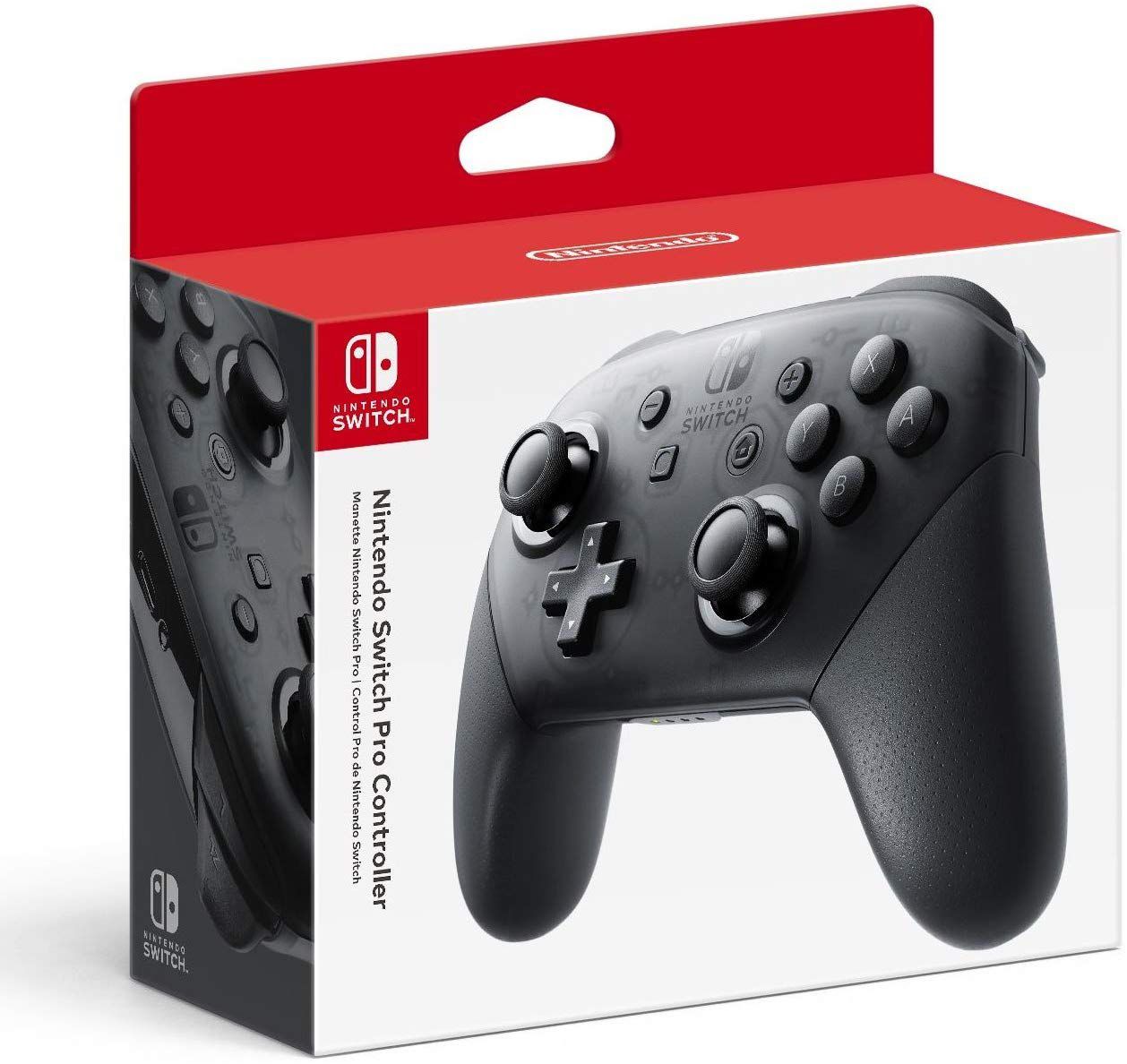 To those familiar with the company's signature knack for "polish," it should come as no surprise that our top pick is the Pro Controller from Nintendo, itself. This sleek, gray controller is very comfortable to hold, and with a 40-hour battery life, you’ll rarely need to pause your game to plug it in. The thumbsticks feel great, and the giant face buttons are especially satisfying to hit. The only drawback is the D-Pad, which can feel a bit mushy at times. Motion controls are built-in, which makes aiming significantly faster in games like Splatoon 2 and The Legend of Zelda: Breath of the Wild. Additionally, the controller includes amiibo support, so you can put all of your little Nintendo figures to good use.

All the features come at a cost, however, as the Nintendo Switch Pro Controller retails for a hefty coin. The price is worth it, though, as this is one of the best video game controllers out there, period. If you’re looking for a primary controller for long-term gaming sessions, this is your best bet. But, if you’re just looking to add a few extra controllers for kids or party guests, you might want to take a look at some lower-priced options. For other great add-ons, take a look at our best Nintendo Switch accessories roundup. 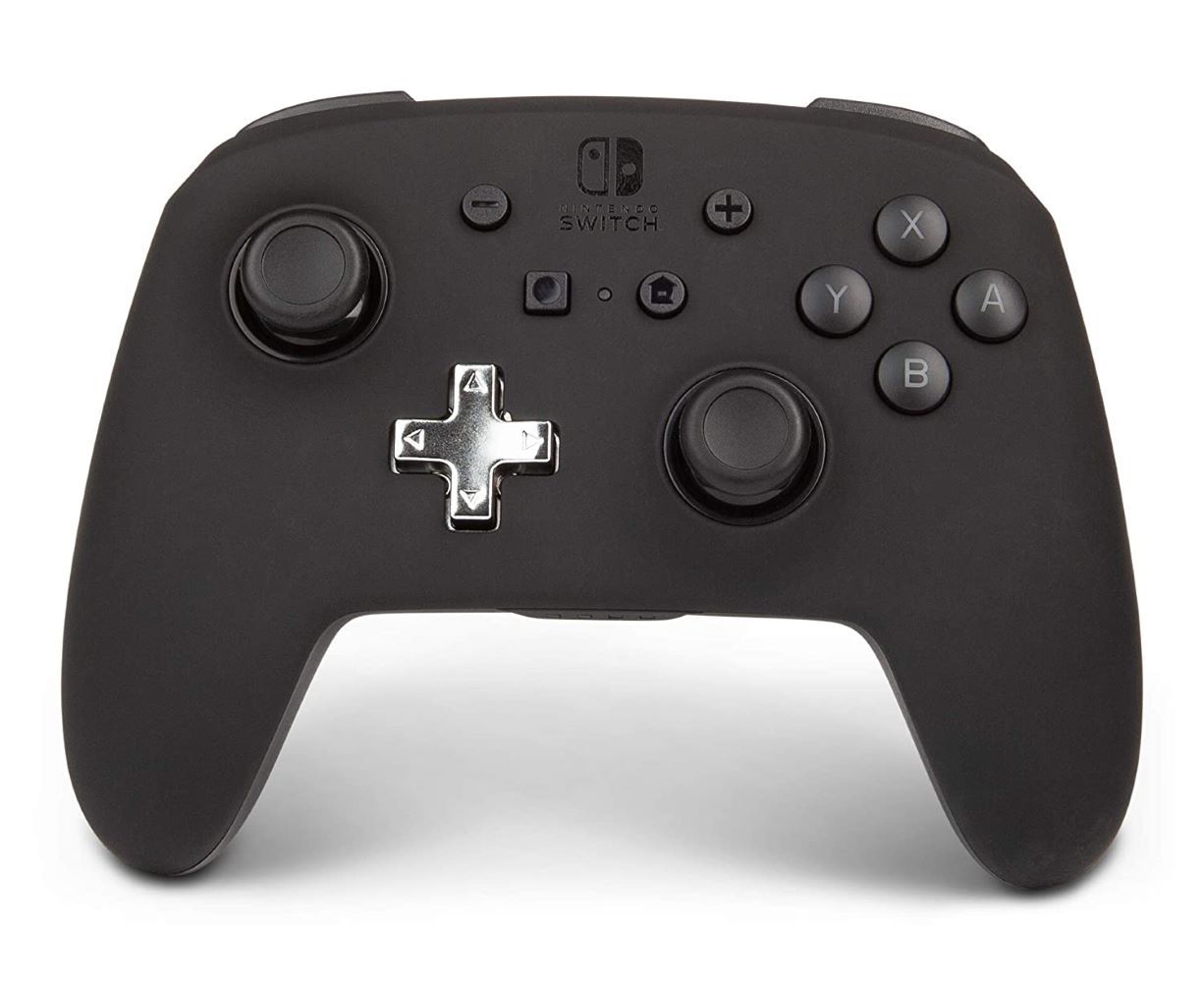 The PowerA Enhanced Wireless Controller looks a lot like Nintendo’s own official Pro Controller, but it actually bears quite a few marked differences. First of all, the price is more manageable, and oftentimes it goes on sale for lower than that. However, it does come with some tradeoffs, as the PowerA controller doesn’t come with amiibo functionality or HD Rumble.

Besides those omissions, the PowerA controller retains most of the other features from Nintendo’s Pro Controller. Motion controls, Bluetooth wireless, and all the buttons you’d expect are present, making this controller a viable third-party alternative. Additionally, it comes with two extra buttons on the backside of the controller that you can map however you like. The battery life lasts 30 hours, but it relies on two AA batteries instead of a rechargeable battery. Lastly, the PowerA Enhanced controller comes in a variety of colors, including themed options based on some of the most iconic Nintendo franchises.

The 9 Best Nintendo Switch Games of 2023 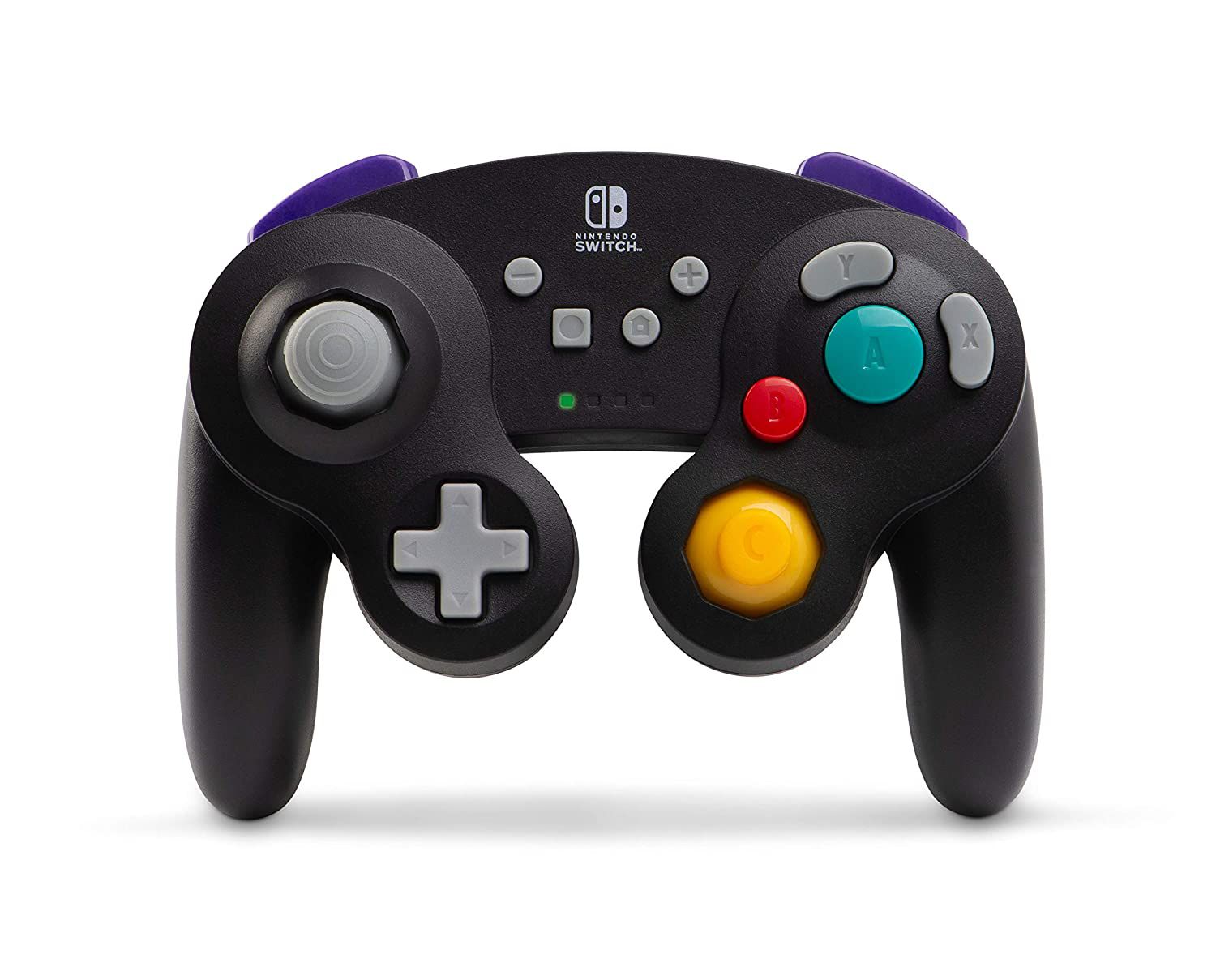 For all the GameCube fans and Super Smash Bros. enthusiasts out there, PowerA has the perfect option to add to your controller collection. The PowerA Wireless GameCube controller revives the button layout and design aesthetic of the classic GameCube controller, with all the modern features and conveniences you’d expect from a Switch controller. Like the PowerA Enhanced Wireless controller, PowerA’s GameCube counterpart includes Bluetooth, motion controls, and packs in two AA batteries.

And, instead of retaining the strange, inconvenient button layout of the original GameCube controller, PowerA added a left shoulder button, a larger d-pad, and buttons to take screenshots and access the home menu. Nintendo has an official adapter that supports original GameCube controllers on Switch, but the PowerA version is more practical, and can realistically be used with any Switch game that supports the Pro Controller. On the off-chance it goes on sale, it’s a top-notch controller for Super Smash Bros. Ultimate game nights. 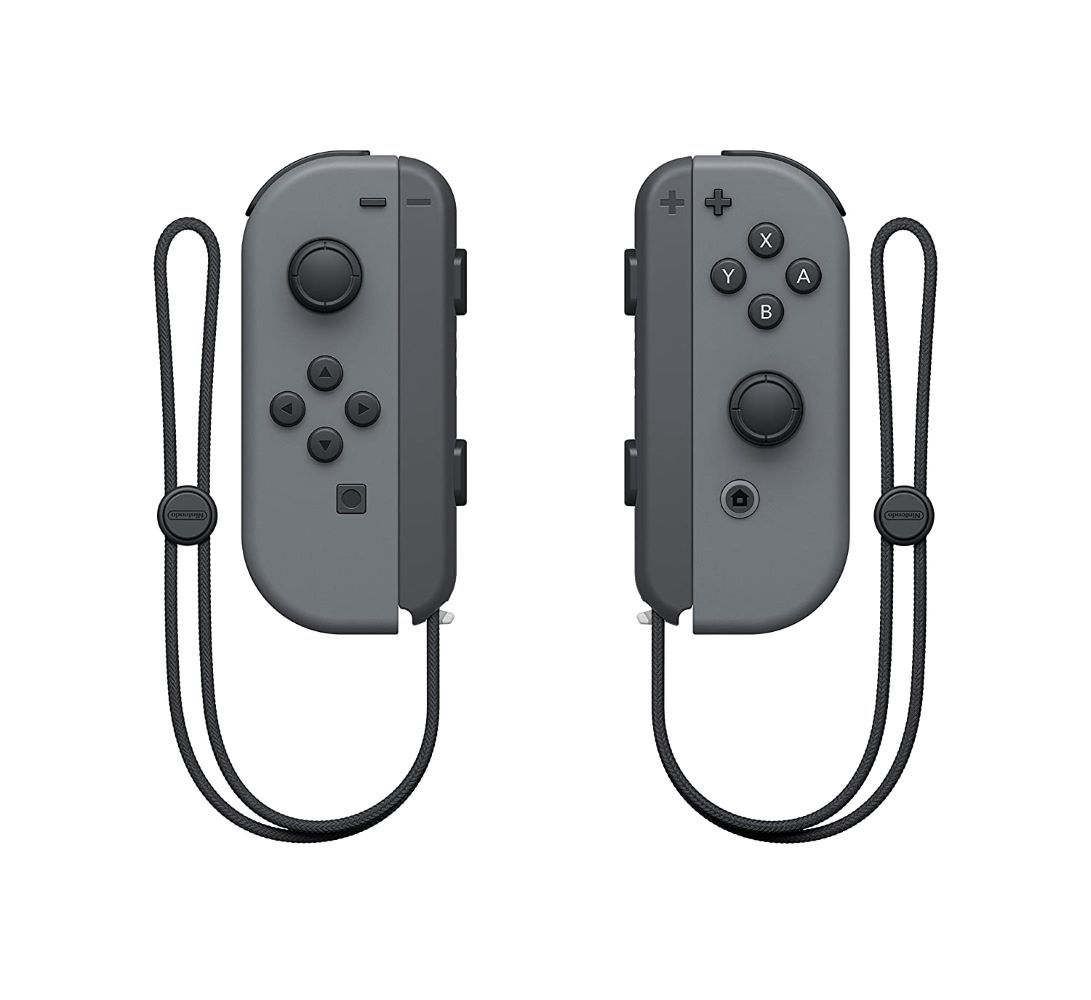 Grip is sold separately and not compatible with Switch Lite

The official Nintendo Switch Joy-Con controllers, unfortunately, aren't included with the Switch Lite, so new adopters should consider picking some up alongside the new console. The Joy-Con are a pricier option, but they come with the added benefit of two-player support right out of the box. You can simply hand a Joy-Con to a friend and play local multiplayer in games like Mario Kart 8 Deluxe and Super Smash Bros. Ultimate.

Like the official Nintendo Switch Pro Controller, the Joy-Cons include HD rumble, motion controls, and an IR sensor. Few games utilize the Joy-Con’s IR capabilities, but Super Mario Party and 1, 2, Switch are just two examples of games that make stellar use of the Joy-Con. The lack of a traditional D-pad will turn off some gamers, but the versatility of the Joy-Con more than make up for any and all concessions. If you’re planning on picking up a Switch Lite, the Joy-Con are essential.

Then again, in that case, you'll also have to purchase a charger for your Joy-Con. While plenty of Joy-Con charging docks currently flood the market, we recommend Nintendo’s official Joy-Con charging grip. It’s a little bit pricey, but it’s a reliable way to charge your controllers, and it makes the detached Joy-Con feel like one, unified controller. 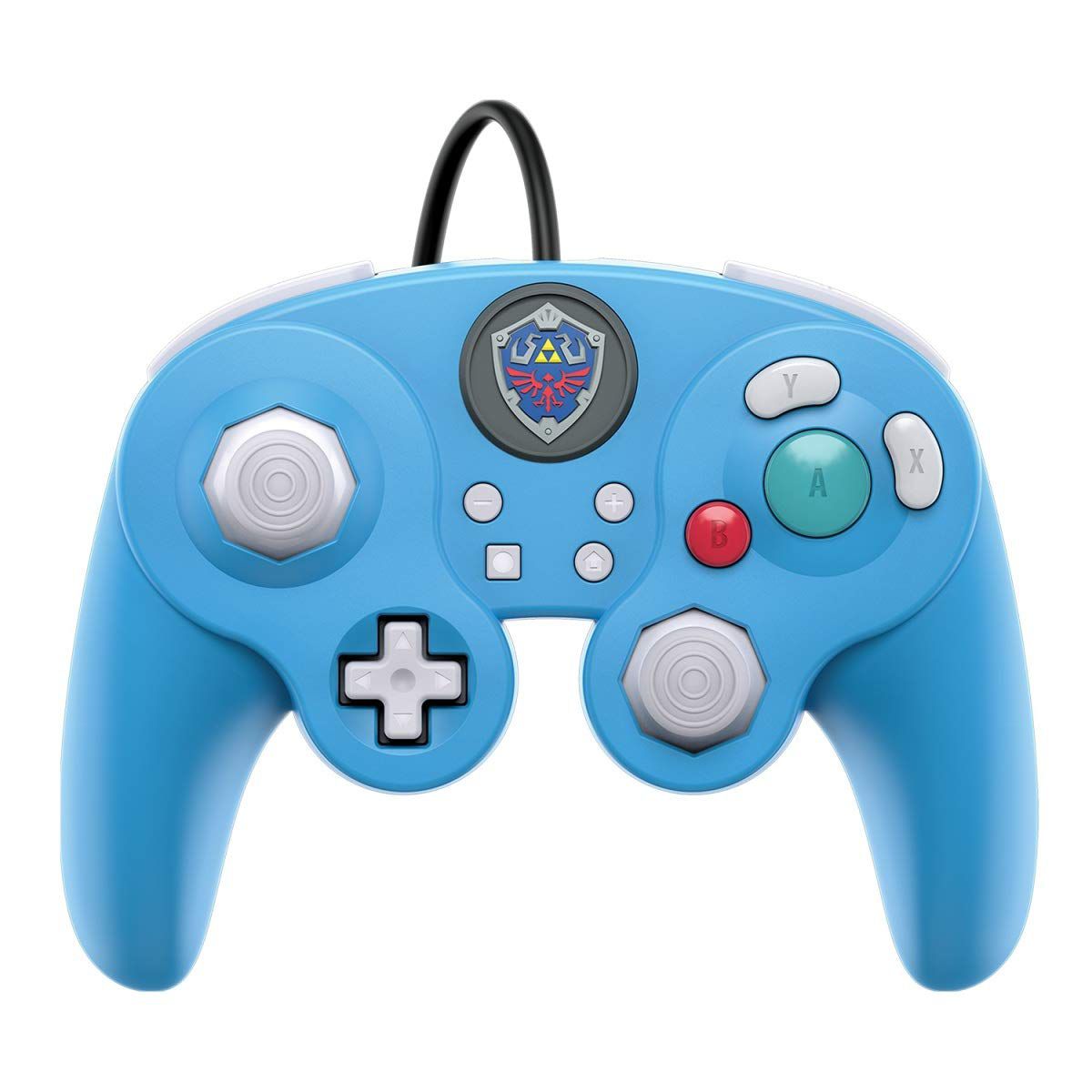 The final recommendation on our list is PDP’s Wired Fightpad Pro Controller. Like the PowerA GameCube controller, this is another product that was made with Smash Bros. fans in mind. The controller uses the classic GameCube button layout, along with all the buttons of the official Nintendo Pro Controller. Most notably, this controller has an interchangeable right stick, so players can opt for the small, yellow C-stick, or a full-sized control stick. Plus, each PDP Fightpad is themed after a character from Smash, so you can get a controller based on Mario, Link, Pikachu, and more. The designs look slick, and it’s exciting to get a controller that reminds you of a memorable character.

The PDP Fightpad isn’t compatible with the Switch Lite, as it uses a 10-foot USB cable to connect rather than Bluetooth wireless. However, for Smash Bros. enthusiasts with an original Switch console, this is a controller worth considering.