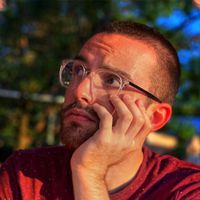 Buy on AmazonBuy on Newegg.com

Within the past few years, Samsung has soared into the SSD market to become one of the top brands in the space. With instant name recognition, the company has been able to sell a ton of these devices — and with good reason. They’re fast, reliable, efficient and packed with useful features.

It’s not exactly the cheapest SSD on the market, but the Samsung 850 EVO does come with a lengthy five-year warranty and the fairly reliable backing of Samsung customer support. The 250 GB 850 EVO, which is perhaps the most popular, well-rounded size, is available for around $90. It has a read/write speed of up to 540MB/s and 520MB/s, respectively, and it comes with a free download of Samsung Data Migration and Magician software.

If you’re looking to upgrade your current SSD without all the bells and whistles that come with those built specifically for gaming, the Western Digital Blue is an ideal choice. This solid-state drive features the same 64-layer 3D NAND technology that its gaming cousins have to help you make the most out of your storage. This drive also comes in sizes ranging from 250GB to 2TB, so whether you’re editing photos, rendering video, or just need space for your personal documents and programs, Western Digital has you covered.

The WD Blue SSD has data read speeds up to 560MB per second for ultra-fast data transfer in everyday applications to keep your workflow going smoothly. Just like its gaming cousins, the Blue 3D NAND utilizes a desktop application to track the life of the drive and available space, back up data, and even clone your drive. This SSD comes with a five-year limited manufacturer’s warranty, so you can have peace of mind that your data will be safe from common drive defects and DOA components.

The Transcend SSD370S is a solid option if you’re looking to upgrade an old PC. It delivers fast performance, some convenient features (including encryption), strong durability and endurance, and has an affordable price, to boot. It has a maximum read speed of 570 MB per second and a maximum write speed of 470MB/s.

This is a bit slower than the Samsung 850 EVO, but it’s still guaranteed to deliver top-notch performance. And besides, what it lacks in write speed it makes up for in price. The 256 GB SSD370S costs less than $80. With shock and vibration resistance and the DevSleep ultra low power mode, you can also rely on the Transcend to deliver a fast, seamless response while also saving on power and battery life (if you’re using it in a laptop).

With specs like these, there are few reasons to think twice about the SSD370S, especially if you’re looking to upgrade an old laptop PC.

Extreme Energy Efficiency technology reduces the amount of active power consumed by the MX300, using just .075W of power as opposed to the 6.8W used on a standard hard drive – over 90x more efficient. As an added feature, its RAIN technology protects your data by dispersing on multiple different storage components on the drive, so if one component fails, your data is still preserved elsewhere.

The MX300 comes with a three-year warranty, as well as assistance from the knowledgeable Crucial tech support. Overall, the MX300 is a feature-rich option for folks who worry about data loss, corruption or damage.

The Plextor M5P Xtreme is a fairly straightforward SSD available at a highly affordable price. There isn’t a whole lot of extra features or enterprise-grade specs, but it gets straight to the point with fast performance, optimal endurance, and reliable service.

The 128 GB capacity is available for just over $100, and features read/write speeds of 500 MB/s and 300 MB/s, respectively. Those specs combined with roughly $1 per GB price point make it a steal by any measure. Add in the five-year warranty and high-endurance specs and you have probably the best replacement hard drive you can find for the money.

The M5P Xtreme Series boasts an estimated 2.4 million hours of mean time between failure (MTBF), which is roughly double that of competing SSDs. This thing will last a long time, and it’s well-versed enough for pretty much any use case. A solid SSD all around.

Solid-state hard drives can be vital to giving your laptop or desktop new life, but what if you don’t want to spend an egregious sum of cash on a new SSD drive with lots of storage? Look no further than the 240 GB SanDisk SSD Plus.