If you're a serious gamer, you'll want to pick up one of these SSDs

If you're running out of space for all of those Modern Warfare updates, you’ll likely benefit from one of our best SSDs for gaming. Besides giving your desktop a little extra breathing room, these diminutive drives can seriously cut down on load times for games and speed up file transfers. If you're in the market for bleeding-edge performance, an SSD is the way to go.

SSDs generally come in two main flavors, SATA SSDs and M.2 SSDs, which vary wildly in terms of performance, cost, and compatibility. When shopping for additional storage, it's typically a question of cost per GB, in which case, SATA SSDs will almost always prove to be the clear winner. These pocket-sized drives are a solid compromise between performance and cost, providing better transfer speeds than traditional "spinning-platter" hard drives, without being exorbitantly expensive.

On the other side of the coin, we have M.2 SSDs. No larger than a stick of gum, these drives generally cost more than their traditional counterparts but provide far better performance. Another solid perk of M.2 SSDs is that they're far easier to install, provided your motherboard has a free M.2 slot, eliminating the need for cables. SATA SSDs may need both a data transfer and power cable, which can make matters difficult when trying to keep your case tidy.

If you need a little help figuring out which end goes where, make sure to read our guide on how to install an SSD in your computer before taking a look at our top picks for SSDs for gaming.

The Western Digital Black SN750 solid-state drive is ideal for gamers looking to build a serious rig or update their current build to keep up with data demand. This iteration of Western Digital SSDs is six times faster than previous models. This SSD can read data at up to 3470MB per second, providing gamers with the competitive edge they need. It features 64-layer 3D NAND programming to use more of the drive’s storage space than ever before.

The SN750 uses Western Digital’s exclusive SSD dashboard desktop application, with a dedicated gaming mode for ultimate control over performance and data transfer. This SSD has a minimalist design that goes well with almost any gaming rig build, including those with addressable or non-addressable RGB components.

A compatible heatsink is available for enhanced cooling and heat dissipation to prevent malfunction due to high temperatures and keep you in the game, worry-free. This SSD also comes with a five-year limited warranty, so you can be rest assured your drive is covered for common defects. 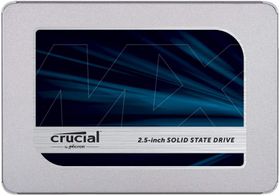 When we’re talking about the best overall SSD for gaming, we want to hit on a perfect combination of price point, speed, performance and reliability, and the Crucial MX500 does just that. From 500GB to 2TB, Crucial’s MX500 offers one of the best overall prices while delivering maximum performance on minimal power.

The Crucial MX500 is built with a next-generation Micron 3D NAND, making it run cooler and quieter without using too much power for your everyday gaming computing use. It pushes a read speed of up to 560MB per second—this means if you’re streaming Counter-Strike: Global Offensive online with 4K HD video and high-quality audio, you’ll have no worry of a hiccup.

The MX500’s write speed pushes to about 510MB per second, so you can quickly drag and drop huge files and store them in a flash. It comes with a five-year limited warranty and is compatible with both Mac and PC. 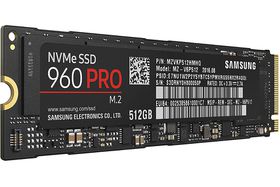 The Samsung 960 PRO has read/write speeds of 3,500 Mbps and 2,100 Mbps to ensure users get quick loading times and fast file transfers. The Samsung 960 PRO is an M.2 SSD, so you’ll want to first make sure that your motherboard is compatible with it and has the correct slots available for it to run.

Besides its speeds, the drive includes Samsung’s Magician software that delivers both in sustainable management and automatic firmware updates to keep it fresh and ready. Its lifespan reliability will last you about 1.5 million hours, and if that’s not enough time, you’ll be covered by its five-year limited warranty. It comes in 512GB, 1TB and 2TB models. 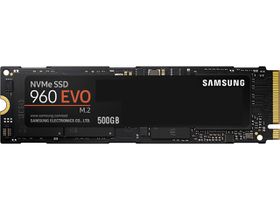 Though not as fast as our top pick, the Samsung 960 EVO earns the spot of best value when it comes to gaming SSDs because it's speedy while still maintaining an affordable price point. The NVMe M.2 SSD will power you through your load screens for graphic- and memory-heavy games with a whopping 3,200MB per second read speed.

With a sequential write speed of 1,800MB per second, the 960 EVO will store an 18GB video game in roughly 10 seconds flat. It also features a Dynamic Thermal Guard that automatically adjusts its temperature during heavy use to prevent your system from overheating. The Samsung 960 EVO comes with a three-year limited warranty and in 500GB, 1TB, or 2TB models.

Storage veterans at Seagate have brought their experience to the gaming scene with their line of FireCuda products. Until recently these products were restricted to internal drives, but have recently expanded to external options as well with the Seagate FireCuda Gaming SSD. This handy drive is a simple and cost-effective way to expand storage for both laptop and desktop users.

External drives are nothing new, but where the FireCuda sets itself apart is its speed. This drive is capable of reaching transfer speeds up to 2000 MB/s, making it exceptionally fast for an external drive, close approaching the performance you would see in a typical M.2 SSD. Available in storage options up to 2TB, the Seagate FireCuda Gaming SSD is a versatile and affordable external storage option for anyone who needs whip-smart transfer speeds. 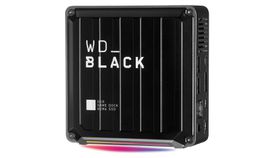 While the price is certainly much higher than what you'd typically pay for an external SSD, the WD Black D50 Game Dock can provide a much-needed storage boost without sacrificing performance. Boasting transfer speeds of up to 3000 MB/s, the D50 can easily keep pace with most M.2 SSDs without the need for an M.2 slot.

The D50 also serves as an ad-hoc USB-C hub, providing your laptop with an additional pair of USB-C and USB-A ports as well as a DisplayPort and Gigabit Ethernet connection.

This added utility is handy and does help to justify the higher than average price stage, but the D50 is still a bit expensive for our taste. However, this robust and versatile external SSD remains a straightforward solution for laptop gamers who are looking to expand their storage capacity.

The Crucial P1 may not have the most impressive specs on our list, but it does have the best dollar to GB value out of any SSD we've featured. The 2000 MB/s write speeds aren't going to set any speed records, but it does come in a 2TB variant that costs less than some SSDs that are half the size.

This SSD lags behind a lot of other M.2 SSDs but is still a drastic improvement over conventional hard drives, making this a perfect investment for anyone looking to upgrade from more conventional storage, expand their existing storage, or just want the simplicity that comes with an M.2 SSD without having to spend a fortune.

The WD Black P50 can provide users with most of the advantages of an SSD drive while removing some of the hassle of installation, but this comes at the cost of some performance.

With a read/write speed of 2000 Mbps, users will still get the experience of significantly faster speeds than any HDD can provide, while also maintaining portability and durability. The WD Black P50 has a Superspeed USB 20Gb/s interface to connect with both PCs and consoles.

There are several options for sizing, which go up to 4TB of storage and will fit a large amount of games. Our reviewer Andy Zahn was impressed with this SSD’s design. The drive is durable and shock resistant, which means a drop will not be the end of the world, while also allowing the drive to travel.

“The WD Black P50 Game Drive’s rugged frame is reassuring, and it’s small and light enough to take with you anywhere you go. It’s also blazing fast, which is essential for high-end gaming and productivity.” — Andy Zahn, Product Tester 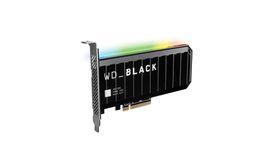 The Western Digital Black AN1500 follows in the footsteps of Intel's Optane AIB SSDs, but it's just a little more practical in terms of affordability and function. While the Intel Optane was mostly geared toward creative applications, the WD Black AN1500 is very clearly marketing itself to gamers, RGB lighting included. While the aesthetics of this drive certainly count for something, its rugged military design sets itself apart from other SSDs.

AIB (Add-In Board) SSDs are capable of transfer speeds much higher than the current M.2 standard and are only going to become more common as 4th gen PCI-E motherboards become more prevalent. The drawback here is that AIB SSDs are going to cost substantially more per GB.

The gaming experts at Corsair have managed to develop a solid gaming SSD with the MP600. This M.2 SSD has exceptional read/write speeds, capable of reaching up to 4,950 MB/s.

While optional, the MP600 comes packaged with a heatsink that can be slotted onto the top of the SSD to help keep package temps under control if your case tends to run a bit hot.

Erika Rawes has written for Lifewire since October 2019. She is an expert in consumer technology, including gaming SSDs.

Andy Zahn has written for Lifewire since April 2019 and is a consumer technology expert. He reviewed the Western Digital Black P50 Game Drive on our list, praising its durability.

What to Look For in a Gaming SSD

Internal SSD drives often have the best performance, while the downsides include the need to ensure the drive is compatible with the motherboard, available slots, and heat capacity. External SSD drives provide portability and often work on any machine that has the correct ports, while giving up some performance as a downside. Consider your computer, needs, and portability requirements when deciding whether to choose an internal or external SSD drive.

Consider how much space you need in contrast with your budget. If you have a large HDD drive and play only a few games at a time, you can opt for a 500GB drive and transfer files when you need them. However, if you like having as many games as possible ready at any time, shoot for a 2 to 4TB drive, so you never need to worry about transfers.

This is one of the most important options when considering an SSD drive. After all, it won't help you to buy a drive that won't connect to your rig. M.2 drives require a special slot that is different from a SATA drive, and external drives generally make use of USB technology. Find out which slots your system has available before making your purchase.