Fact checked by Stephen Slaybaugh
Stephen Slaybaugh is a fact checker and music writer with with more than 20 years experience writing about internet retail and consumer tech. He has been featured in Digital Trends, DealNews, and TechRadar. He is a content designer at Bose Corporation and is completing his Master of Arts in Digital Media.
lifewire's fact checking process
Computer Components View More

SATA hard drives are the backbone of any PC or laptop build; they store your operating system and core files as well as games, documents, and applications that you use and work on every day. If you're a PC gamer or creative professional, you may want to invest in a hard drive with a high capacity, or a solid state drive for faster access to your most-used programs. For typical home and office use, a lower capacity, traditional hard disk drive should be plenty of storage space for word documents, spreadsheets, and the occasional photo folder.

Traditional hard disk drives and solid state drives function in essentially identical ways: storing information in dedicated channels for access at a later date. However, traditional hard disk drives use mechanical parts similar to old-school record players to read and write information, leaving them vulnerable to damage and file loss. Solid state drives store information in flash memory chips, making file storage and access much faster and stable, since there are no moving parts to worry about.

This comes at a high price, though, since SSDs can cost hundreds of dollars for even small storage capacities. Many SATA hard drives include some sort of encryption software to protect your information as well as cloning software to make cloud-based copies of your boot or storage drives for easier transfer when replacing an old or damaged drive. We've rounded up our top picks below to help you decide which is perfect for your next upgrade or your first PC build. 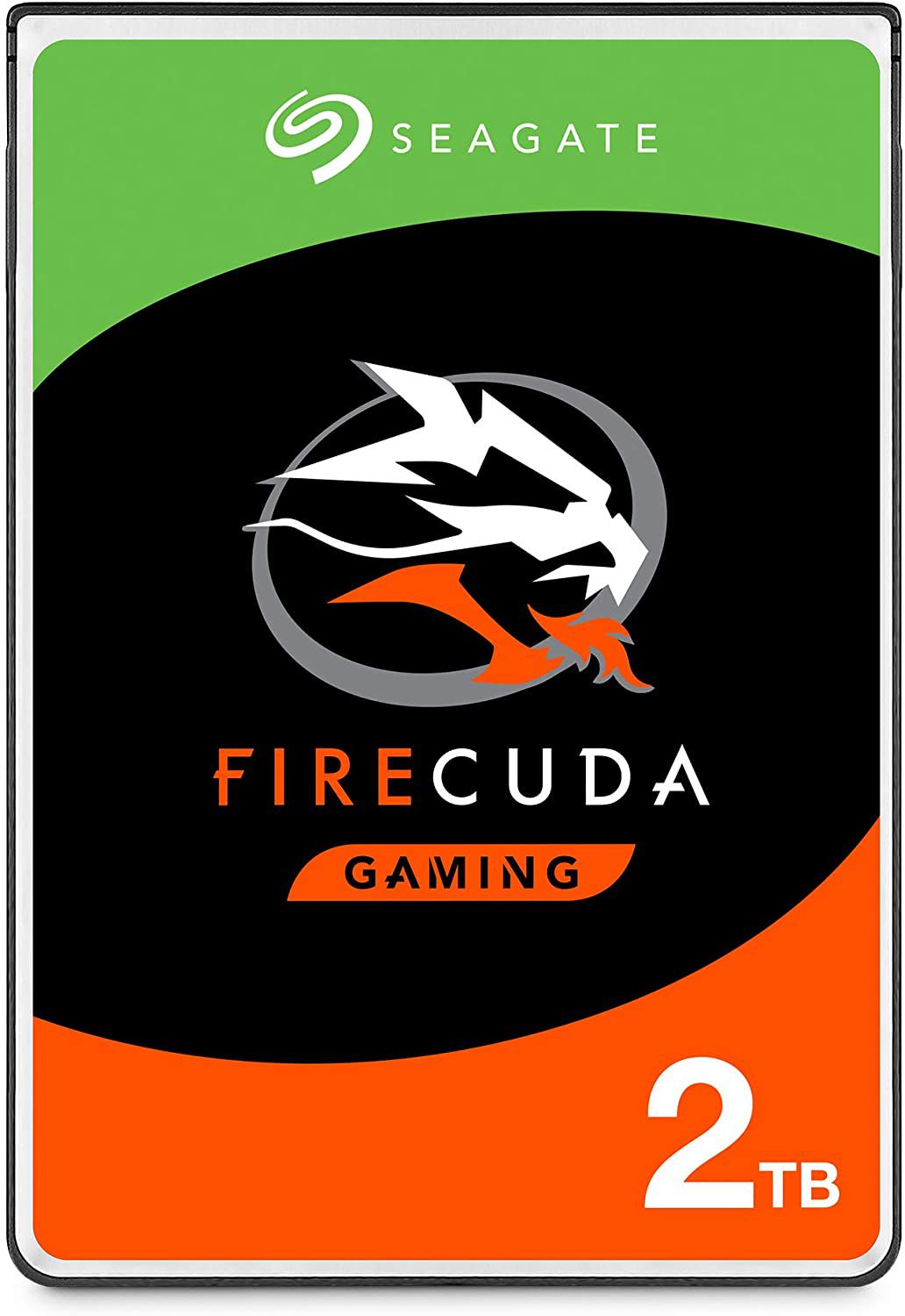 3.9
View On Amazon View On EBay
What We Like
What We Don't Like
Seagate FireCuda Gaming SSHD Review

Finding a hard drive that delivers the perfect balance between storage capacity, performance, and price can be a tall order, but the Seagate FireCuda hybrid drive comes the closest to that ideal. It uses a blend of traditional hard disk and more modern solid state drive technologies to give you the best of both worlds.

The 2TB size is perfect for most applications like typical office work, creative professional projects, and even gaming. Our reviewer liked how this drive gave the stability of traditional hard disks as well as the performance and speed of solid state models at an affordable price. The included 5-year warranty gives you additional peace of mind by protecting your data from accidental loss or corruption.

"Though not nearly as quick as SSDs, this smart addition helps close the gap a bit and makes hybrids quicker than their HDD counterparts." — Zach Sweat, Product Tester 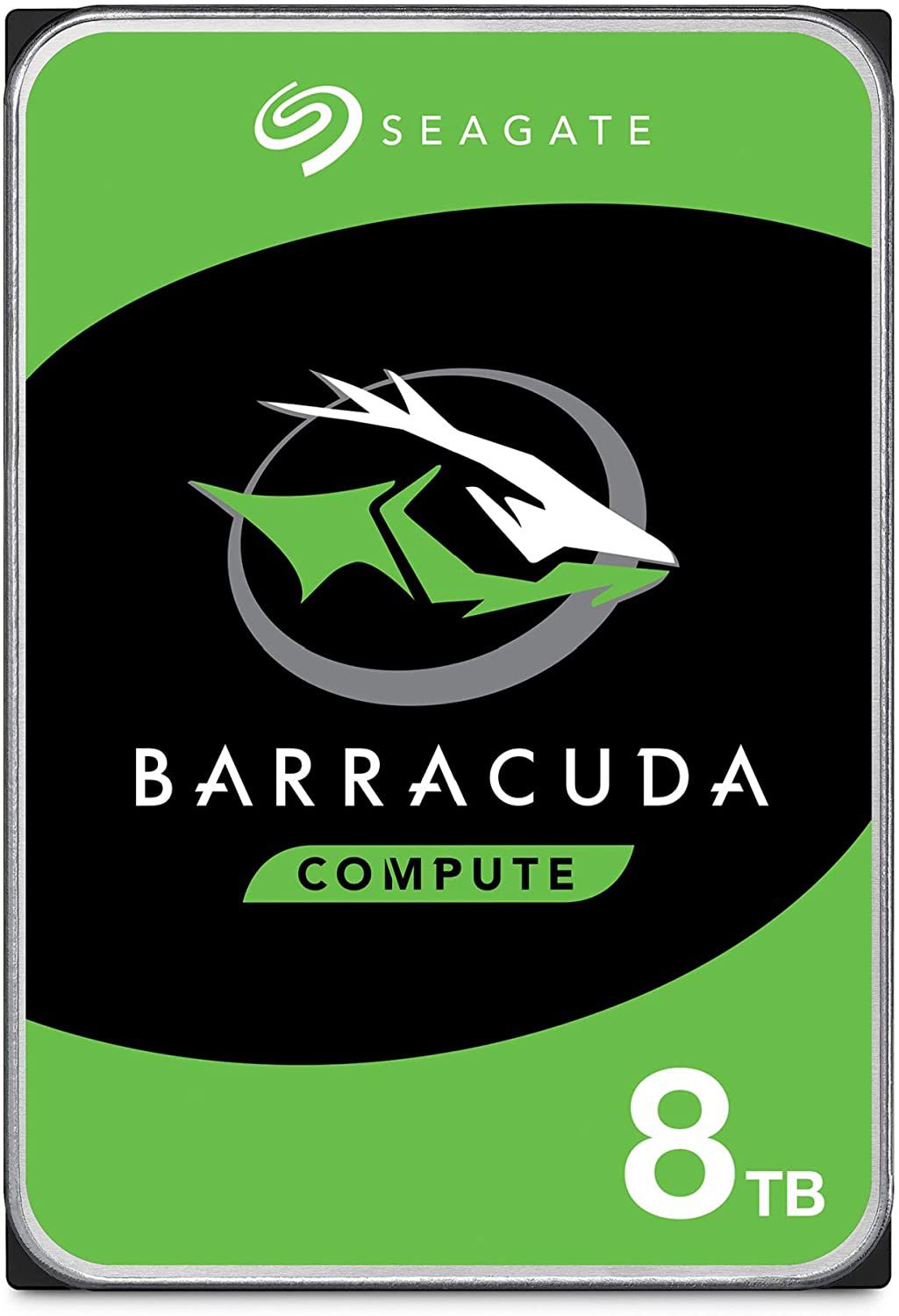 Seagate also offers the BarraCuda hard-disk drive, which offers excellent storage capacity and reliability, even if it lags behind its FireCuda cousin. With a capacity of up to 8TB, there is plenty of space for games, raw photo and video files, graphic design programs, and even use in servers. It uses multi-tier caching technology to load programs, files, and demanding applications much faster than its predecessors.

This means you'll be able to spend more time actually getting work done or playing games instead of sitting around waiting for Photoshop or Call of Duty to launch. Seagate offers a data recovery program that allows you to create cloud-based backups of your drive, protecting your work and personal data from accidental loss or file corruption. Integrated encryption software further protects your information from unauthorized access and theft. 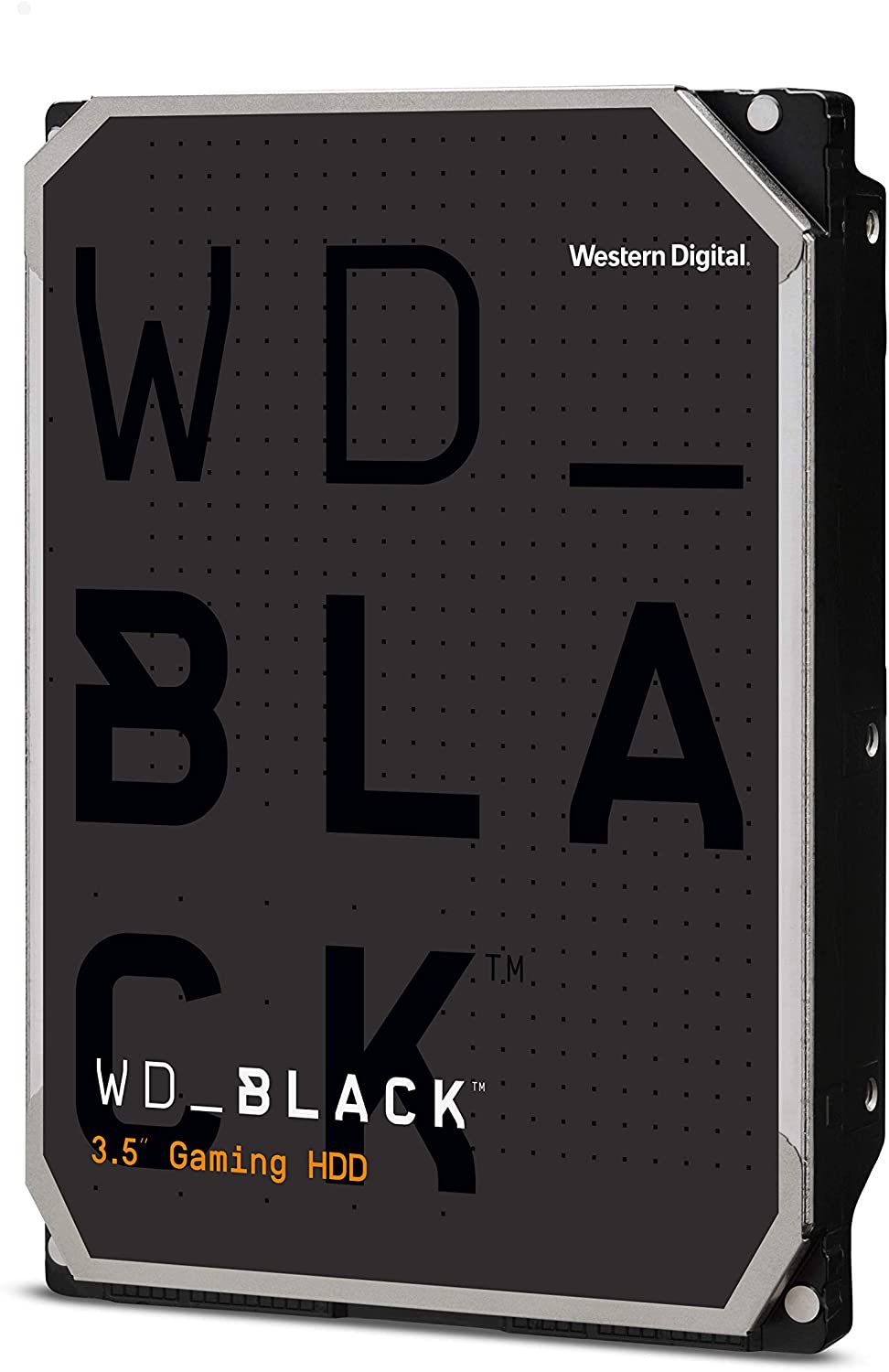 Western Digital is one of the most recognizable brands in PC storage, and their Black line of hard drives is designed from the ground-up for high-speed performance. It comes in capacity sizes from as small as 500GB for everyday office work to a truly impressive 10TB for creative professionals and gamers.

The 6TB model has extra cache DRAM for faster read and write speeds, and all models feature a dual-core processor to improve performance and cache loading. WD also uses their proprietary StableTrac technology to prevent damage to mechanical parts that may cause loss of files or corruption of data. You can read our full review to learn more about the WD Black hard drive.

"The Black series does indeed live up to its performance claims, and remains one of the fastest HDDs available." — Zach Sweat, Product Tester 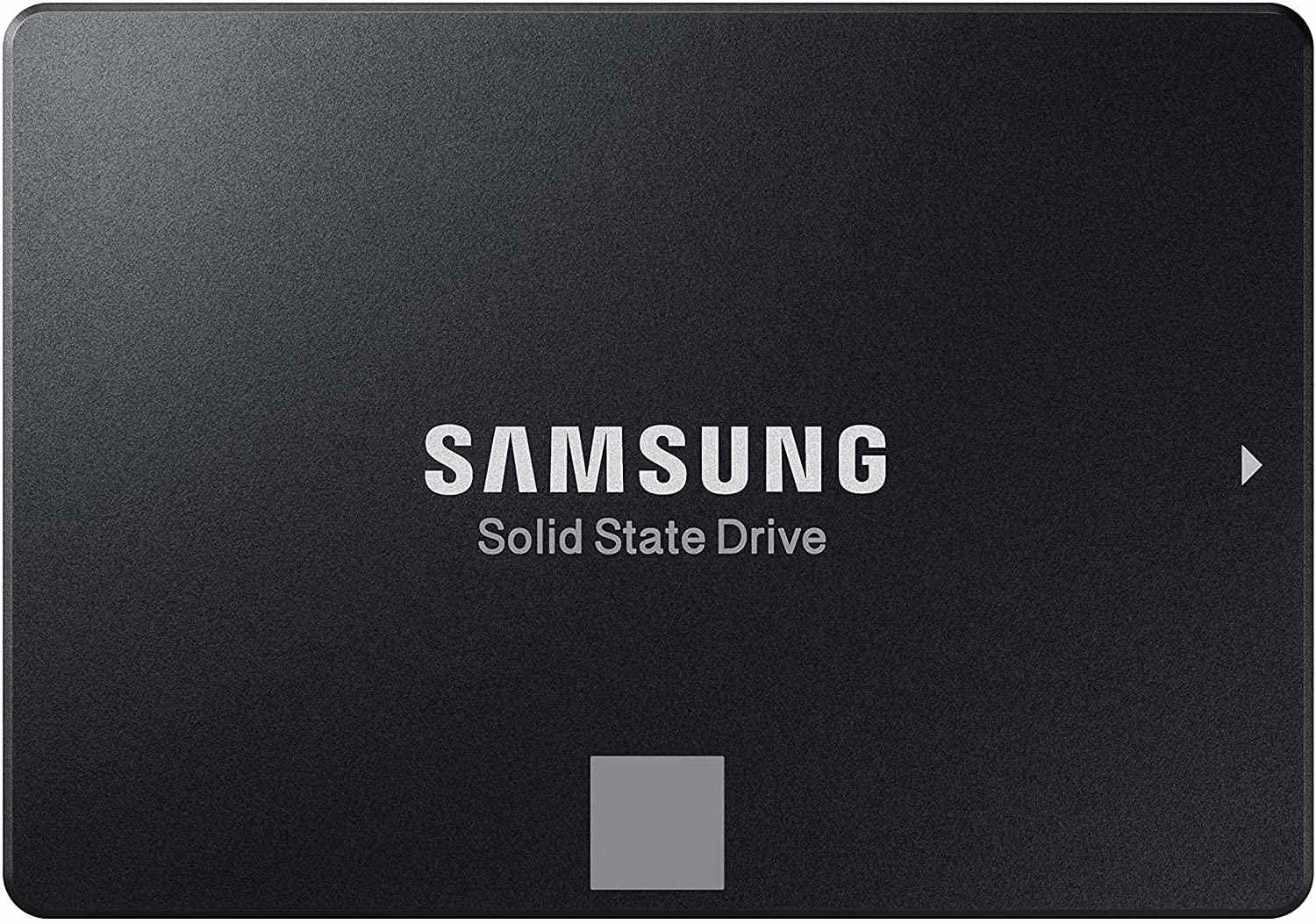 The Samsung 860 EVO is a great option for anyone wanting to upgrade their PC build with an SSD, but still needs an affordable storage solution. You can choose a capacity from as small as 250GB to as large as 4TB to suit your work or recreation needs. It's compatible with Windows, Apple, and Linux based computers, so you won't have to worry about having any issues with your computer recognizing the new drive. Content creators will love that this SSD is 4K ready, making it easy to shoot and edit raw UHD files. It's updated V-NAND technology allows the 860 EVO to read and write data almost eight times faster than its predecessor. You can check out our review to learn more about this SSD.

"Given the overall performance, reliability, included software and quality reputation of Samsung in the SSD world, we feel these prices are well warranted." — Zach Sweat, Product Tester 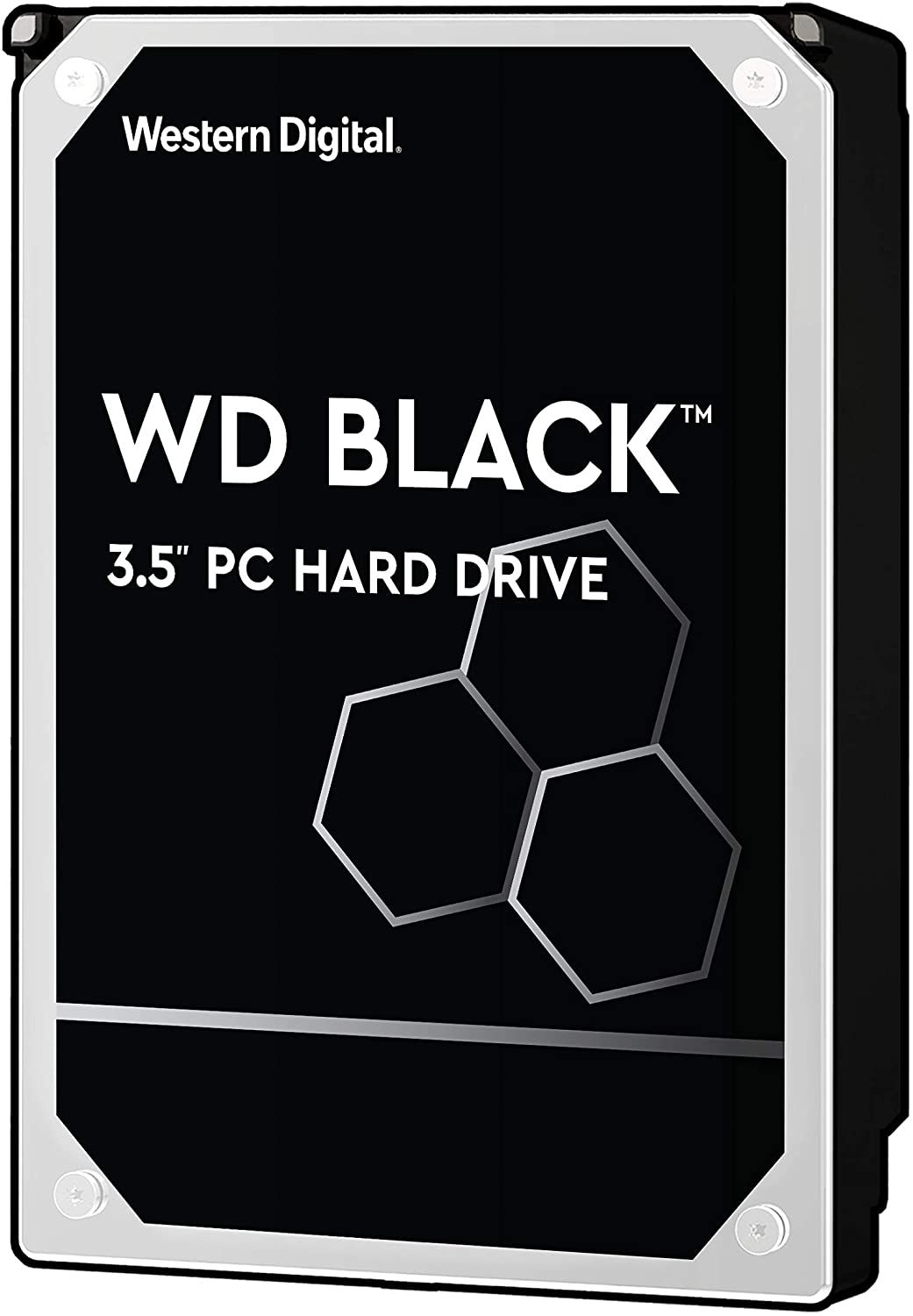 Whether you're a gamer who wants applications to launch in a blink or a creative professional who needs quick access to raw and finished files, the WD Black 6TB hard drive delivers. It offers a data transfer rate of up to 218MB/s, allowing you to quickly and easily transfer and save files. The proprietary Dynamic Cache Technology optimizes the drive's cache algorithms in real-time to help prioritize your most-used files and programs over everything else. Western Digital backs this drive with a 5-year warranty that covers mechanical failure or DOA units. 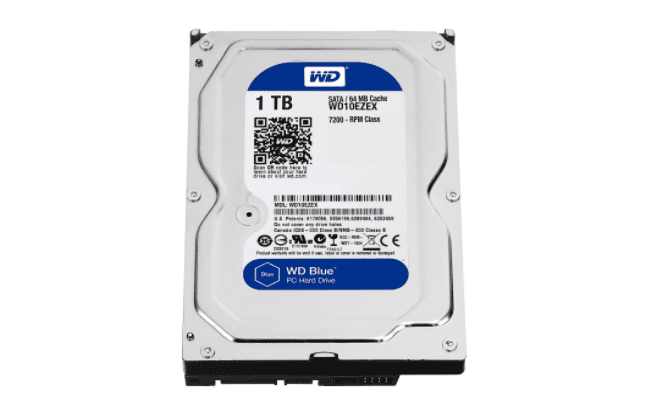 The WD Blue is a more budget-friendly option compared to competitors and its Black model cousins. The 1TB option retails under $100, making it the perfect, affordable option for anyone building a PC on a tight budget or just doesn't want to spend money for features and storage they don't need. It features integrated vibration protection technology that helps insulate the platters from bumps and shuddering, protecting your data from loss and corruption. You can create a cloud-based copy of your drive with WD's Acronis True Image software so you can instantly recover your boot or storage drive in the event of a failure. 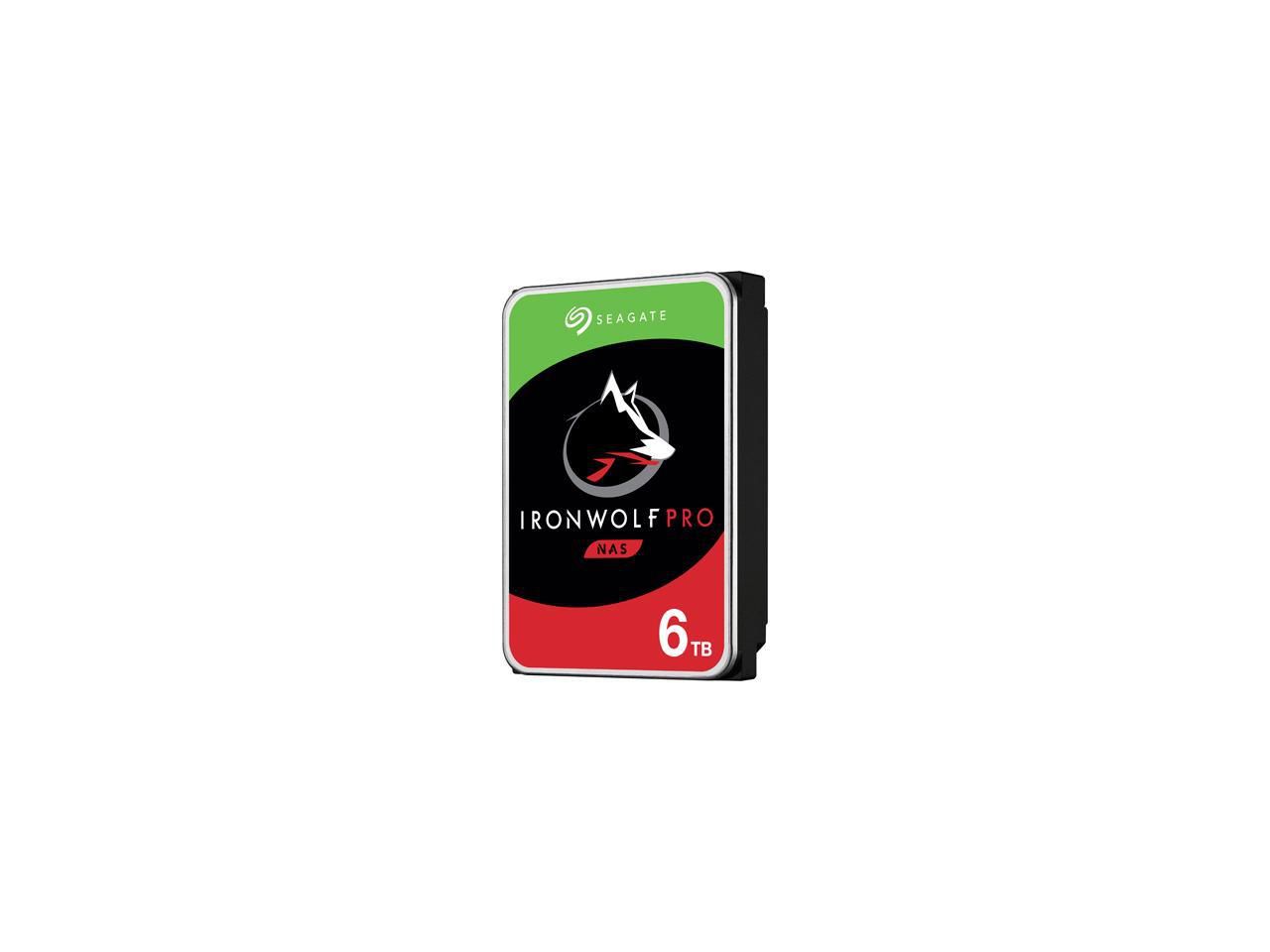 Small businesses need hard drives that can handle everything from day-to-day data flow to storing CCTV footage. The Seagate Iron Wolf Pro offers a great balance between storage, performance, and data protection. With a max read/write speed of 214MB/s and a 256MB cache, you can almost instantly transfer important files or access documents. With a 2-year data recovery subscription as well as a 5-year warranty, your business' information is well-protected against theft, loss, and corruption. The drive is rated to read/write up to 300TB of information per year, meaning there is plenty of durability and performance to handle anything your business can throw at this drive. 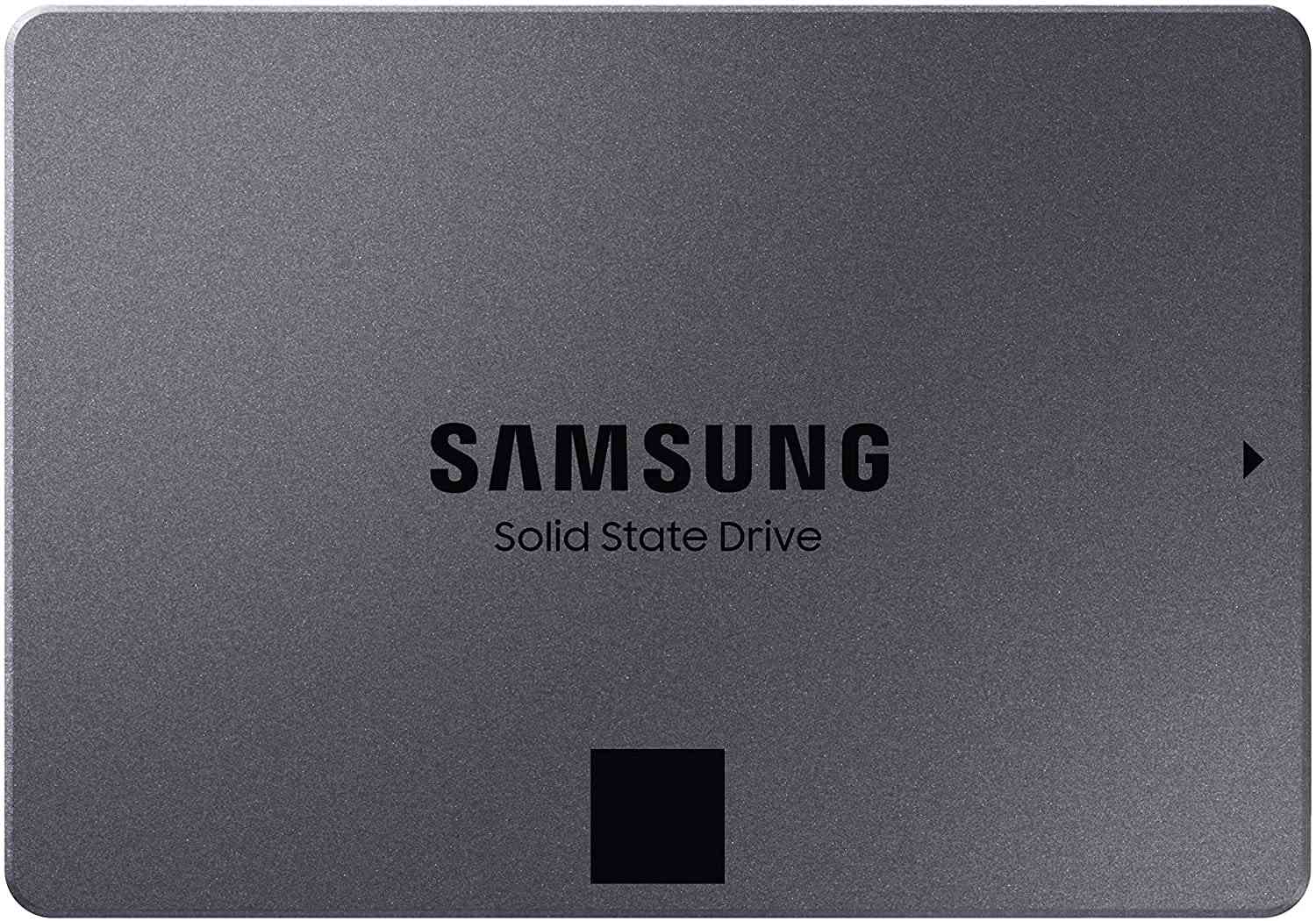 For anyone who needs a storage drive that can stand the test of time, the Samsung 860 QVO is the best option. This SSD is one of the best on the market, as well as one of the most affordable. You can choose a capacity size from 1 to 4TB, letting you store everything from spreadsheets and word documents to games and 4K video files easily. Integrated AES 256-bit encryption software keeps your work and personal data safe from unauthorized access and theft.

The Samsung Magician suite of software is also included, allowing you to monitor performance, drive health, and read/write speeds to catch and address problems before they cause any catastrophes. It's compatible with both Apple and Windows-based computers, so no matter what your home or office uses, there shouldn't be any issues with your PC recognizing the drive. 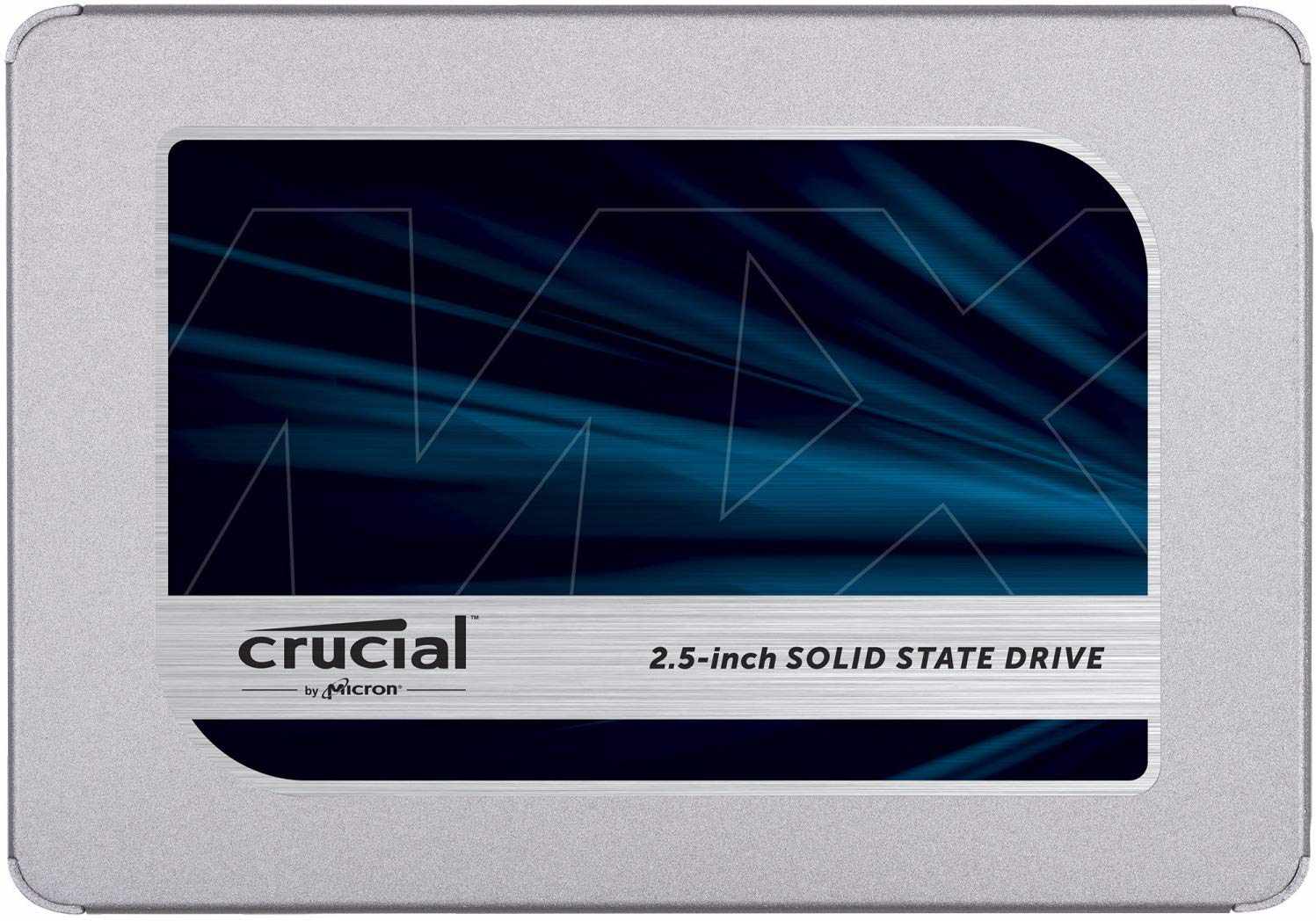 As solid-state drives become more mainstream, they become much more affordable for more and more customers, and the Crucial MX500 is a good choice for anyone looking to upgrade their PC build or buy their first SSD. You can choose a storage capacity from 250GB to 2TB, making this SSD a solid option for everyday office work or PCs that are mostly used at home. Integrated encryption software keeps all of your personal information safe, and the micron 3D NAND technology allows for faster cache access of your most-used programs and files.

Since this drive uses solid-state technology, it has a maximum read/write speed of 560MB/s; this means you can almost instantaneously access files and programs or transfer information from other storage devices. This SSD comes with step-by-step instructions for easy installation as well as Acronis True Image software for transferring files from an existing boot or storage drive.

The Seagate FireCuda (view at Amazon) hybrid drive is one of the best options for a SATA hard drive. It blends traditional hard disk and new solid-state technologies to give you a balance between storage capacity, performance, and stability. It's also backed by a 5-year warranty. The WD Blue is the perfect budget-friendly option for first-time PC builders or financially savvy customers. The 1TB capacity is perfect for typical office or home use, and the included Acronis True Image software lets you easily create a copy of an existing boot or storage drive for transfer.

Taylor Clemons is an expert on gaming hardware and other consumer technology and has covered them for various websites for more than three years. She is particularly knowledgable about PC components, such as hard drives.

Zach Sweat has been writing for Lifewire since 2019. Previously, he's been published on IGN, Void Media, and Whalebone Magazine. As an experienced writer, he's reviewed many consumer technology products, including SSDs, HDDs, monitors, PCs, and other computer hardware. He liked the 2TB FireCuda SSHD for its mix of SSD and HDD elements. He also praised the Samsung Evo 860 SSD for being one of the best in its class.

What to Look for When Buying SATA Hard Drives

Although SATA (serial advanced technology attachment) hard drives are slower than SSDs (solid-state drives), you can still get a component with respectable speeds. The average speed for a desktop hard drive is about 7,200 revolutions per minute (rpm), but some high-performance models run up to 10,000 rpm.

If you work in a technical or creative field, large capacity is likely important to you. Hard drive capacities have continued to grow over the years, and capacity on traditional SATA HDDs is very inexpensive. For backing up large media libraries, you'll likely want to start your search in the 8-10TB range, though for everyday usage in a desktop, 2-5TB is is likely sufficient.

Because SATA hard drives have spinning parts, they can be only so small. For desktop devices, they generally measure 3.5 inches, and for laptops, 2.5 inches.