Shop for high-quality drives to create DVDs and CDs

While most PC cases have abandoned integrated optical drives, if your PC setup absolutely needs a way to produce copies of DVDs or CDs, our collection of the best SATA DVD/CD Burners are the only way to do it. The biggest difference between SATA and the more common external DVD drives is transfer speeds. Most external optical drives communicate using a much older USB standard that tops out around 480 Mbps, whereas SATA interfaces are typically capable of 1 to 3 Gbps.

Make sure to read our beginner's guide to different recordable DVD formats before diving into our top picks for SATA DVD/CD Burners. 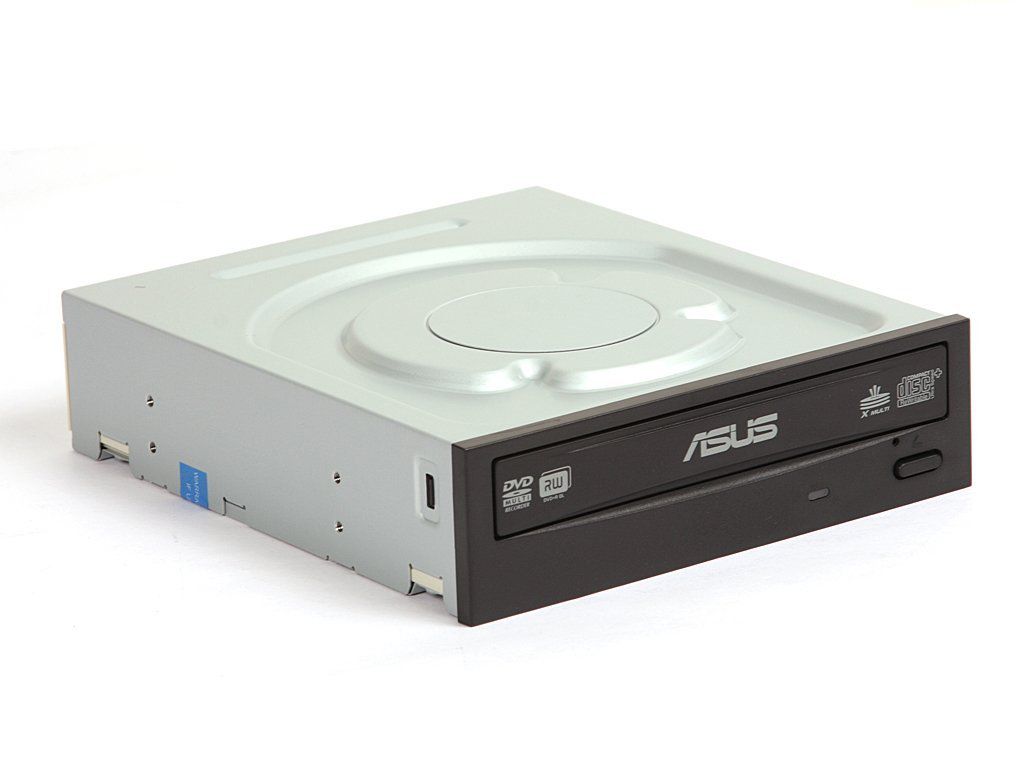 The Asus DRW-24B1ST is an exceptionally good SATA DVD burner that offers wide compatibility at a low price. The full spread of read and write options is here, including DVD-Rs, DVD-RWs, CD-Rs and CD-RWs. With 16x DVD ROM burning and 24x for all other formats, the Asus performs very well, completing even the most sizeable project at 4.7GB in a timely fashion.

As an extra bonus, it offers E-Green Engine technology, which aids in automatically closing drive applications when not in use to conserve energy. Overall, the Asus makes for a fantastic choice as a DVD burner, it’s quick, works with all formats and burns quickly and quietly.

At under $20, this SATA-connected disc drive barely makes the lowest price on the list, but it’s value is in the details. It writes and plays a variety of formats, including DVD+R, RW DVD-R and RW DVD-RAM. It employs an M-DISC technology that etches data with a rock-like surface, rather than dye to ensure a more stable imprint of whatever information you’re copying.

It writes at speeds up to 24x and is compatible with Windows 10. It also runs super softly with its Silent Play technology, so even with all those speeds and capabilities, you’ll be surprised it’s even running. 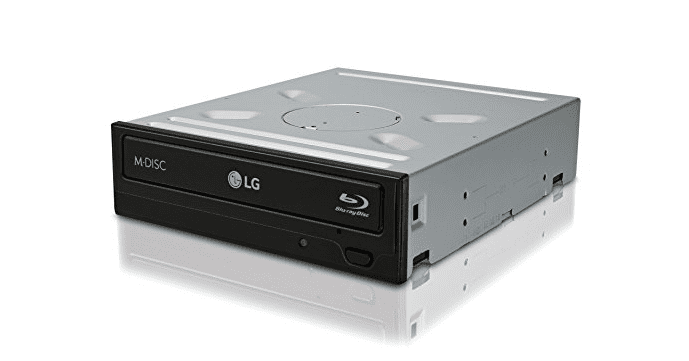 The LG WH16NS40 separates itself from the pack with pricing that almost doubles the average cost of DVD burners, but does so with plenty of reasoning. The inclusion of 4MB of buffer memory handily allows the LG to store additional amounts of data before writing it to the disc, which helps support a quicker write speed. As a bonus, the LG is capable of Blu-ray disc rewriting, which is what mandates the more expensive price tag. The burner has 16x Blu-Ray disc rewrite speed and 16x for DVD ROM.

Samsung’s SH-224FB/BSBE is a superb combination of blazing write speeds, excellent reviews and a wallet-friendly price. The drive reads all the usual suspects, including dual-layer DVD-ROMs and DVD-Rs, making it highly flexible for every burning scenario. Additionally, Samsung included M-disc capability which offers burned DVDs a super long shelf life.

The 0.75MB buffer pairs nicely with the 24x DVD DVD+R write speed and 8x DVD+RW write speeds, which makes the Samsung one of the fastest burning SATA drives. With admirable performance and a wallet-friendly price tag, you can’t go wrong with this burner.

If silence is a virtue, then the Plextor PX-891SAF internal SATA DVD burner is a top choice for every computer owner. With fast write speeds for both DVD and CDs, the capability to write to a dual-layer DVD is included. The overall silent burning might be a slight tradeoff for slower buffer memory at just 0.5MB and 160ms DVD access time, but it gets the job done at 24x DVD recording.

The full range of formats is included with DVD+/-R, DVD+/-RW, DVD-RAM, CD-RW and CD-R. The silent DVD burning is aided by an improved chassis design, which helps regulate the amount of air flow to reduce the noise level. The Plextor also supports M-disc branding, which offers a long shelf life for whatever you're burning.

Our favorite SATA DVD/CD Burner for producing endless copies of whatever you need on physical media has to be the Asus DRW-24B1ST (view at Amazon).

What to Look for in SATA DVD/CD Burners

Speed is probably the most important factor to consider when buying a SATA DVD/CD burner and it is the feature that separates a great burner from a lackluster one. Read/write speeds are often described as a multiple of the original speed that CD-ROMs could read data—150 kibibytes (150 × 210 bytes) per second—and a quality burner will have a speed of about 24x.

If you are environmentally conscious, look for a burner that automatically closes drive applications when not in use to conserve energy. Asus devices, for example, come with integrated e-green technology that saves over 50% of power consumption compared with a standard DVD burner.

When SATA DVD/CD burners are working hard, they can get pretty noisy, which can be quite disruptive if you’re trying to multitask. Some designs have a silencer technology, which is basically a smartly constructed chassis that can regulate the amount of airflow to reduce the noise level.