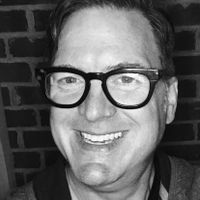 When the whole car's had enough purple mountain majesties, and you hear the back seat plotting mutiny, interesting podcasts can quell the uprising and keep everyone happy.

Here are the best podcasts for road trips. No matter who's riding along, one of these is bound to be the perfect listen as the miles roll by.

Season 3 of Serial breaks form with the "one story - a true story - over the course of a season" formula. Instead, it tells one year's worth of stories from inside the Cleveland, Ohio, criminal justice system.

A Very Fatal Murder sends up the entire true-crime podcast genre. It's all here: a small Midwest town rocked by a mysterious murder, a well-meaning but self-centered host, digressions on the "crime" as a reflection on American society, and it's all served up with tongue firmly in cheek, just as you'd expect from The Onion.

Radio Drama for the Age of Siri: Sandra

Gimlet Media's Sandra is a well-produced and scripted podcast that asks questions like "What if the artificial intelligence powering the voice assistants we've all gone cuckoo bonkers for wasn't artificial at all?" and "What if that cute little box is always listening?"

Sandra is a tautly written, all-too-plausible look at the tech that has a deeper, more pervasive hold on us than anyone would like to admit. Of note, Kristen Wiig as the voice of Sandra is pitch-perfect.

At only seven episodes, the podcast is short, maybe because Sandra was in development for TV.

Current Events Discussed by Smart People: It's Been a Minute With Sam Sanders

Perhaps no media outlet has leaned more completely into producing interesting podcasts than NPR. Great weekly shows like It's Been A Minute do what NPR does best—assemble an interesting group of people around a mic, bring in guests, and together, they discuss the intersection of news, media, pop culture, and how we as a nation are responding to it.

Fresh off the success of Word by Word: The Secret Life of Dictionaries, author Kory Stamper and her co-host Steve Kleinedler deliver a surprisingly engaging discussion on dictionaries, words, and the ways in which language constantly changes.

The announced Season 2 never happened due to job and life changes encountered by the hosts.

An Absorbing Take on the American Classic: The Moby-Dick Big Read

The entirety of Melville's novel about the big one that got away read aloud, one chapter per episode, by the likes of Tilda Swinton, Benedict Cumberbatch, Steven Fry, Fiona Shaw, John Waters, former British PM David Cameron, China Miéville, and 129 others. Every chapter has its own feel and personality, but the entire 136-chapter book comes together as a surprisingly unified whole.

An odd couple plans heists to pay for health care while attempting to survive the wilds of New York City and "a secret cabal of Tetchy Terrorist Vampire Zombies from outer space."

Though it's set in the not-too-distant dystopian future, AiNW has the weekly serial feel that pulled families together around the radio through the first half of the 20th century.

Listen to Adventures in New America
08
of 10

Launched in 2014 and still going strong in 2021, The Adventure Zone follows three brothers (Justin, Travis, and Griffin McElroy) and their Dad (Clint) on a lengthy Dungeons & Dragons campaign. It's strangely engaging.

Season four of the McElroy brothers' listen-while-we-play-RPG-games podcast launched in May 2021 and is as much fun as its predecessors. The new campaign, Ethersea, is played in Dungeons & Dragons 5th edition.

Listen to the Adventure Zone
09
of 10

Deep Dives on Lifetime Original Movies: Mother, May I Sleep With Podcast

Lifetime's Original Movies. Implausible plots, stars on the downsides of their career trajectories, and so much scene-chewing the actors have dental riders on their contracts.

Hosted by Hello Giggles co-founder Molly McAleer, Mother, May I Sleep With Podcast? breaks down every Lifetime movie and discusses the plot, actors, dialogue, and everything else that makes Lifetime Originals the deep-fried Twinkies of junk television.

IMDB's Lifetime Movies/Originals Movies List shows 640 titles. Over the course of five seasons, it feels like MMISWP? has the staying power to get through all 640.

Listen to Mother May I Sleep With Podcast
10
of 10

Something's not right in Fairhaven, ​an idyllic enviro-bubble with an awesome music scene, all the best new restaurants, and beautiful people. They're just trying to live their lives, make a living, and avoid destruction by bloodthirsty psychic aliens.

Listen to Bubble
Was this page helpful?
Thanks for letting us know!
Tell us why!
More from Lifewire