Hit the links without leaving your house

The best PS4 golf games turn the game of golf into a digital experience, and they can be a lot of fun for both golf enthusiasts and non-golfers. While some golf games are designed more for entertainment, there are also titles that provide true-to-life realism by giving you control over your shot distance, putting stance, and even swing strength and speed. The most realistic games may use scans of real-world courses, so you can play some of the most famous greens from around the world. The more realistic games are geared more towards players who take golf seriously, while other titles take a more relaxed approach with mini-golf courses and silly game modes to bring a little variety to game night with family or friends.

For a more general overview of the games you can play on the PS4, take a look at our roundup of the best PS4 games. If you’re looking to be the next digital golf champ, or if you just want to blow up a fancy palace with your backswing, we can help you decide which PS4 golf game will be the next addition to your library. 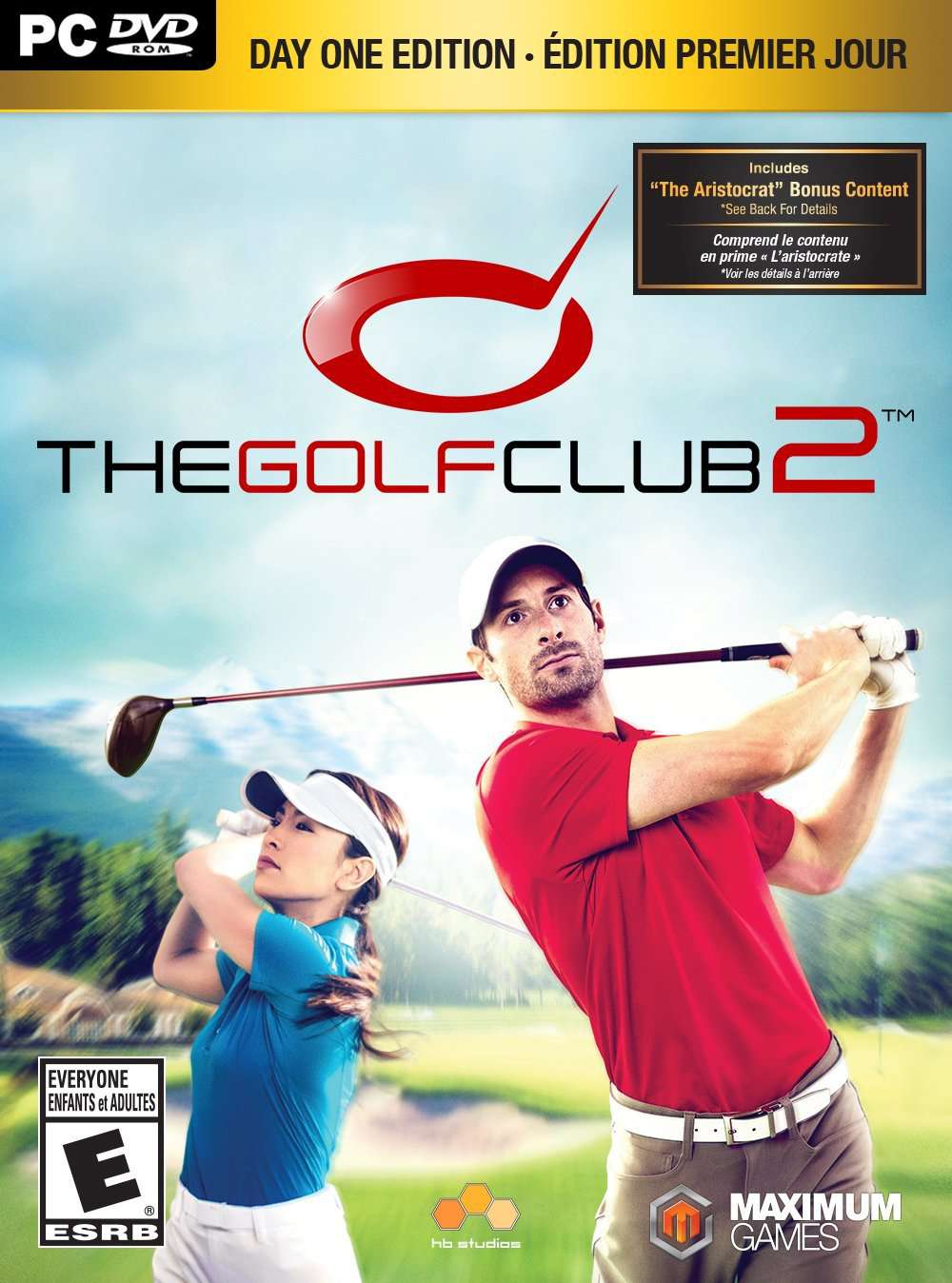 The Golf Club 2 is built from the ground-up to deliver one of the most dynamic golf experiences outside of a real-life course. An interactive tutorial helps you learn the game and controls, and different modes and course customization let you enjoy the game the way you want. Players can take on a career mode, working their way through local and world tournaments to become the best golfer. You can also join online games against other players for endless hours of fun. Online play allows you to create your own golf society to invite friends and online players to join, challenging other clubhouses to tournaments.

You can select from more than 100,000 user-created courses or make your own in the new course creator. New swing mechanics make teeing off, putting, and sand trap shots feel more realistic and give players more control. While this game has a few quirks, it’s an overall fun experience, and since it’s been out for a while, you can pick up the game for an affordable price. 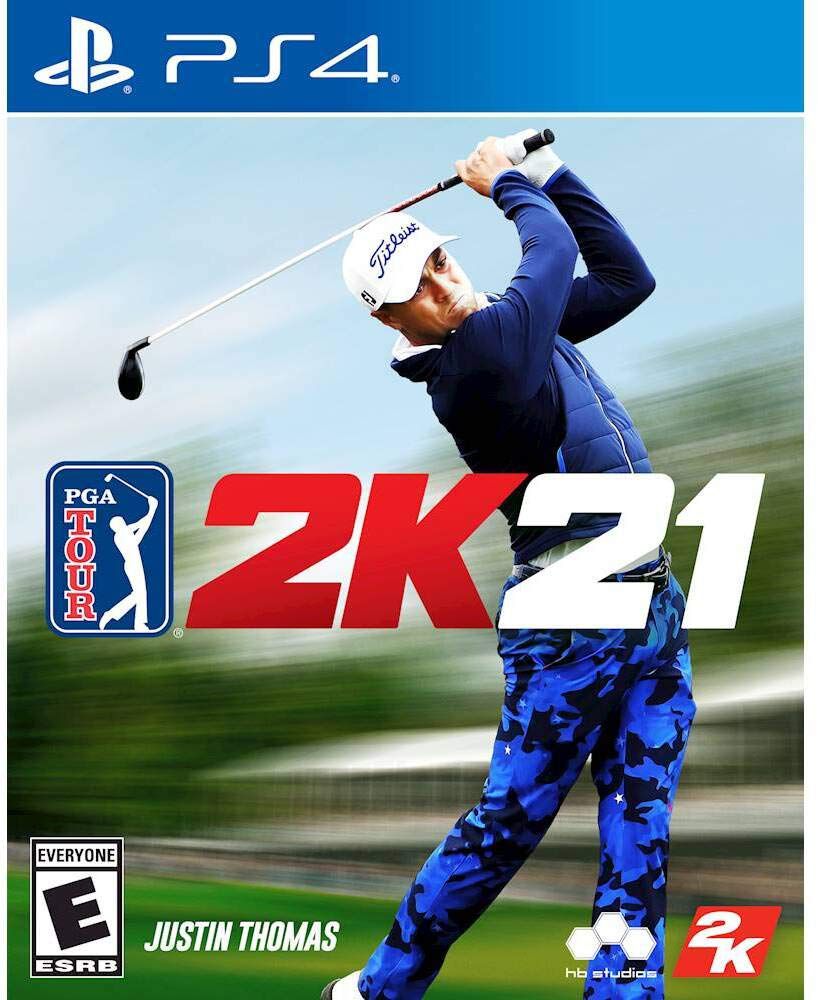 In PGA Tour 2K21, you can create your own pro golf persona and take on real-life champions and courses. This game has all of the realism and control you could want when looking for a new golf game. Real-time tutorials help newcomers as well as experts looking to polish skills with shot suggestions and tips. Master players can calibrate their swings for perfect distance and form, and they can even review putt shots to correct mistakes or prevent a bogey.

With both local and online multiplayer, you can take on friends in unique game modes like 4-Player Scramble, Skins, and Alt-Shot. You can also create your own clubhouse and set up matches and tournaments with friends. Along with unparalleled control over your golf swing, developers scanned real-world courses to bring the most accurate and realistic gameplay available. Dynamic cutscenes and replay system as well as play-by-play commentary make career mode feel genuine and engaging. 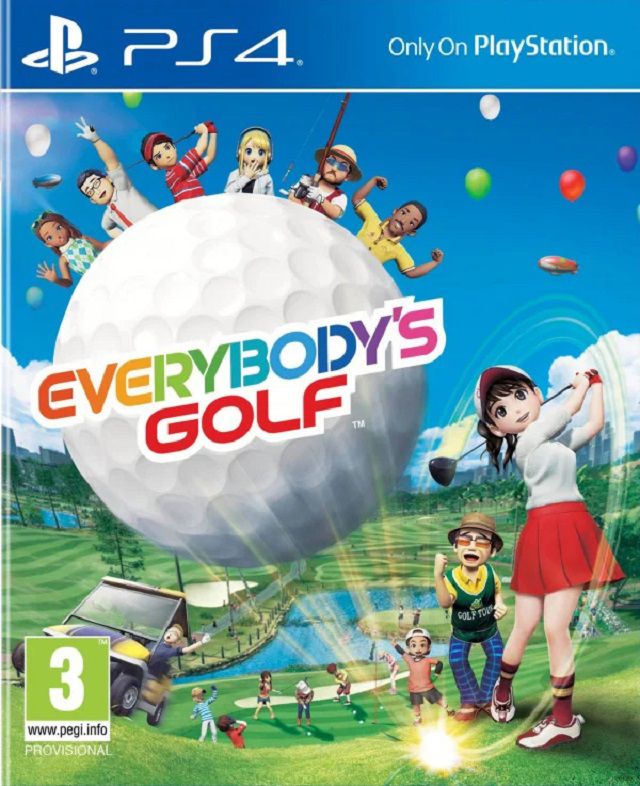 Everybody's Golf is the perfect option for those who enjoy the occasional round of golf, but don't want the deep career-building and precise mechanics of more realistic games. This game has a simplified control scheme which uses just a few buttons, making it easy for casual golfers to pick up and play. Now, the simplicity of the controls doesn’t mean it’s not fun for pros, as this game is fun for everyone.

A challenge mode allows you to hone your skills with specific course requirements, while online matches let you take on friends and other players from around the world in friendly rounds. You can customize your character with a variety of outfits and characteristics to show off your personal style or create a silly avatar. When you need a break from the putting green, you can fish in the water traps or take your golf cart for a spin around the course to take in the scenery. You can even race with your friends. With the cartoon-like characters you can create and realistic ball physics, you and your friends can get up to all kinds of silly shenanigans.

If you’re a fan of minigolf, Infinite MiniGolf lets you create your own courses or take on an unlimited number of user-created and pre-made courses. You can play with friends or on your own. You can also join competitive tournaments that let you use power-ups to make cool trick shots, boost your score, or nab yourself collectibles that are scattered around each course.

The art direction of the game combines bright colors with eye-catching environments and characters to create a distinct visual style that matches the fun gameplay. If you have PSVR, you can play Infinite MiniGolf in VR mode, giving you a more immersive experience that’s perfect for when you're stuck at home or when your favorite real-world minigolf course is closed. 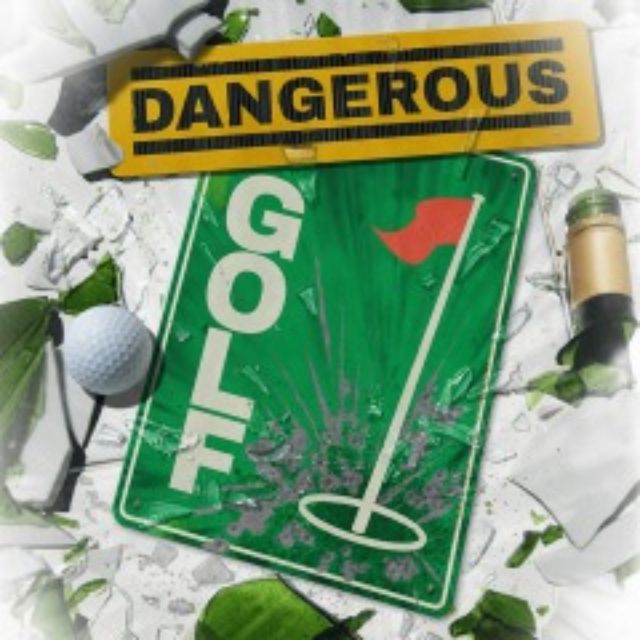 If you want an absolutely bonkers golf game that prioritizes fun over form, you need to check out Dangerous Golf. This game has around 100 different minigolf courses littered with destructible objects that you and your friends can spend hours wreaking havoc in. You can smash teacups in a china shop, set fire to a kitchen, or absolutely destroy the inside of a fancy royal palace. Local and online multiplayer lets you and up to seven other friends compete to see who can cause the most damage or make the most trick shots. If you destroy enough objects with a single shot, you can turn your ball into a SmashBreaker, which is a small bomb that explodes to create even more carnage.

The game keeps courses interesting by having some span multiple rooms, use teleporters, or require special objectives to be met before it can be cleared. In World Tour mode, solo players can complete 10 tours to unlock all 100 courses, and in Co-op World Tour, you and your friends can complete them together for more fun. Multiplayer mode allows you to use one or more controllers for all players, which is perfect for anyone who only has one or two controllers but many friends who want to spend game night blowing up an art museum with golf balls. 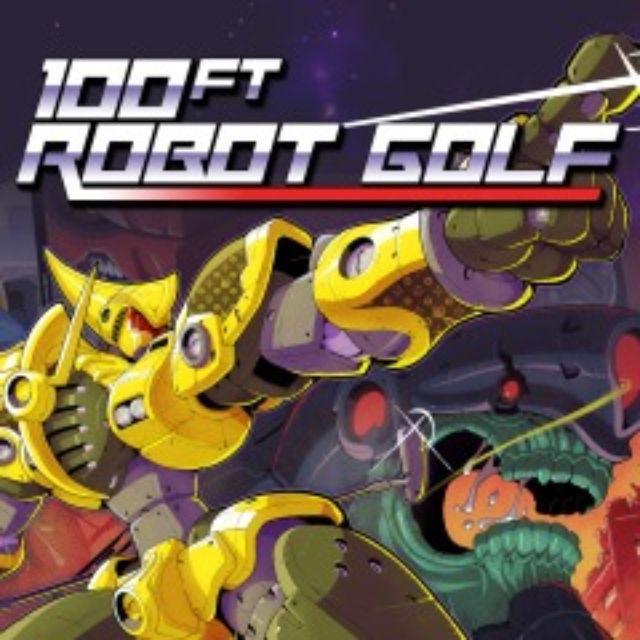 100ft Robot Golf is another game that takes a new, wacky approach to traditional golf. Players select a giant mecha to play as, each with their own unique abilities and mechanics for making shots. Rather than having players take turns hitting their ball down the course to see who can make par or a double bogey, everyone plays at the same time to see who can sink their ball first.

What results is a fast and frenetic match as each player frantically swings at their own ball, blocks other players from making shots, destroys obstacles to block shots, and physically attacks other players to keep them from getting to the hole first. It also features in-game commentary from the McElroy brothers of My Brother, My Brother, and Me fame, which adds to the overall silliness. It also works with PSVR headsets to let you play in VR mode. 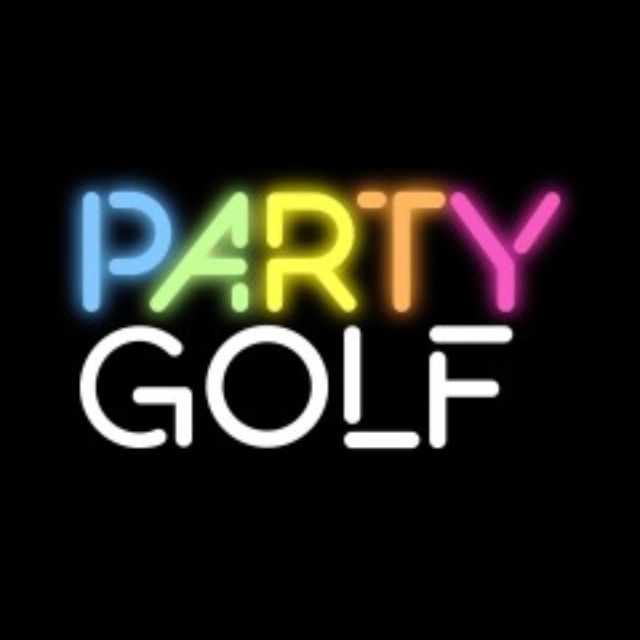 Party Golf is similar to 100ft Robot Golf in that players all take to a course at the same time to see who can sink their ball first, but sadly has no giant kaiju robots. It makes up for this oversight by integrating 10 different power ups like turbo to make you run and swing faster or a banana ball to make competitors slip and miss their shots. Each hole features procedurally generated terrain, so you'll never play the same hole twice which adds to the replay value and keeps the game interesting.

You can create custom rule sets for private games with friends or choose from over 100 included modes like elimination matches and the scary-sounding Rat King to suit your mood. If you're a Twitch streamer, the game integrates with your chat, allowing you to change gameplay based on polls and viewer suggestions. 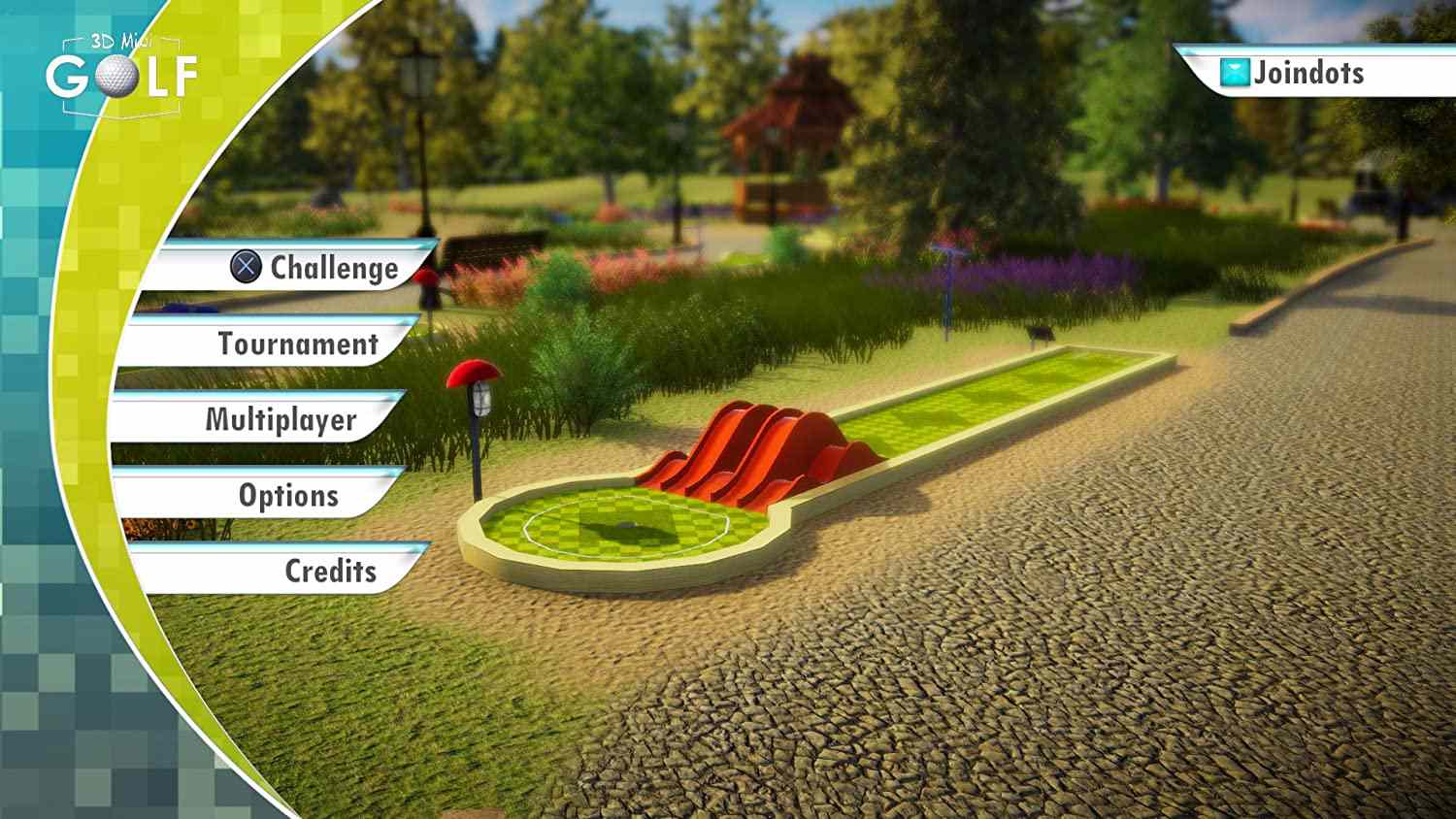 3D Mini Golf is a simple multiplayer minigolf game on the PS4. It features 54 holes, with 18 modeled after real-life courses. The graphic are a fairly crips 3D and there are three different golfing scenarios including a park, camping site, and bench. You can play in Challenges and Tournament modes, and the game supports local multiplayer with 2-4 players.

The fairly simple gameplay and the inclusion of multiplayer makes it a good option for kids who don't want to tackle more challenging golf courses. The gameplay is also somewhat whimsical due to the inclusion of power ups and other features that kids may enjoy though adults may not like. The game also stores statistics and there's a medal system for you to unlock achievements and challenge yourself.

If you want the best balance between realism, challenge, and customization, The Golf Club 2 (view at Game Stop) is the best PS4 golf game available. With its robust course creator and deep career mode, both novice and expert players alike can take on over 100,000 user-generated and pre-made courses. If you're looking for a silly good time with friends, Party Golf (view at Playstation) pits you and your friends against each other in over 100 game modes or custom rulesets to see who can sink their shot first. With power-ups like turbo and banana balls, players can sabotage one another in their race to the putting green.

Taylor Clemons has over three years of experience writing about games and consumer technology. She has written for Lifewire, Digital Trends, TechRadar, and her own publication, Steam Shovelers.

What to Look for in a Golf Game for PS4

Do you want a game that mimics real world golf, or do you just want a golf-themed video game with fun obstacles? Games like PGA Tour 2K21 feel more like the real thing, while games like Giant Margarita Party Golf are more for fun.

Check out what the game offers in terms of local and online multiplayer. Does it offer a story mode, a practice mode, or different challenges? Make sure the golf game offers the play modes you’re looking for.

Can you make your own course? What about character customization and controls? Some people prefer a simpler game where they just aim and swing, while others want a game where they control every aspect of their shot.