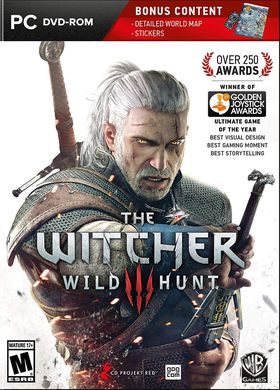 The Witcher 3: Wild Hunt is a stunning role-playing game from beginning to end. Even if you haven’t played the previous titles in the series or read any of the books from which the franchise is based, you can dive right in with The Witcher 3 and enjoy the rich fantasy world.

Everywhere you go in the game world, you’ll be faced with dazzling detail, remarkable design, and no lack of fantastic creatures to battle. While you’ll play as Geralt of Rivia, a Witcher specialized in combating magical creatures, and Ciri, you can customize your weapons, armor, abilities, and some aspects of your appearance.

The base game offers a massive story, woven together with plenty of engaging and delightful characters and an expansive world. There’s also a wide array of side quests, and with multiple endings, you can play it multiple times making different choices. And, all of that is before factoring in the major expansions, which add on new areas and plots to follow, making The Witcher 3 an even better RPG than it already is. Since the graphics can scale up with your PC, the game just gets that much more stunning when you pair it with a powerful gaming rig.

Licensed properties used to make video games can be a dicey prospect, but Star Wars fans got incredibly lucky with Star Wars: Knights of the Old Republic. The role-playing game takes players into the early days of the Star Wars universe, well before the events of the original Star Wars trilogy and even the prequel trilogy.

In Star Wars: Knight of the Old Republic, you will create your own character, choosing from multiple classes and picking skills. Your character will wake up with amnesia, unsure of who they, and all that mystery will play out over the course of the game. Of course, what fun would it be if there wasn’t the opportunity to become a Jedi.

You’ll get to enjoy lightsaber battles while you explore the galaxy along with multiple NPC (non-player character) companions. As you make decisions in the game, your character’s alignment with the light and dark sides of the force will also change. Want to be a Sith Lord or a Jedi Knight? This game gives you the choice amidst a giant world and epic storyline. 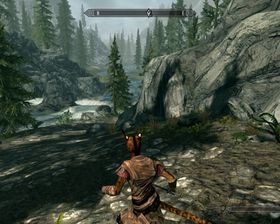 The Elder Scrolls V: Skyrim takes place in an entirely different part of the world from Morrowind and at a very different time, but fans of the series can catch hints of events from the past and events yet to come, furthering the sense of immersion in the game world.

The Elder Scrolls V lets you create your own character and explore the Nordic world of Skyrim. The world is massive, and the graphics are a lot less dated than Morrowind for folks that care about that. Similar to Morrowind, there is a massive storyline and plenty of side stories that offer nearly as much gameplay. Unlike Morrowind, for better or worse, Skyrim doesn’t let you kill characters that are necessary for the story to unfold. That said, Skyrim really does let you do a lot, choosing from a variety of classes, leveling up to tackle the most daunting challenges however you prefer.

Not every great RPG takes place in an old-timey fantasy environment. The Mass Effect series one example. And for the best third-person PC RPG, check out Mass Effect 2, where you'll follow Commander Shepard in a battle against a threat to life everywhere.

Mass Effect 2 (and the series in general) gives you some options for choosing your character, with Shepard playable as either a male or female, plus customizable looks and class. From there, you’ll have the option to play the game how you want. Your choices in Mass Effect 2 are vital, as your decisions can have lasting impacts on your relations in the game and the outcome of events. It’s not just a game about your skills during battle, but also your effective decision-making.

Of course, it wouldn’t be a great RPG if it just had a great storyline that changes with your decisions. The game also has a wide world for you to explore, and exciting arsenal of weapons at your disposal, and plenty of interesting character to befriend or antagonize. The choice is yours.

If you love an RPG loaded with royal strife, dragons and demons, knights and mages, then you’re going to love Dragon Age: Origins.

In this game, you’ll enter a world that’s in danger as the result of a civil war on one side and a powerful archdemon threatening humanity on the other side. You’ll play as a Grey Warden, part of a legendary order of guardians. But, you’ll get to customize your character and have the choice to play the game how you see fit. You can choose from a variety of origin stories for your character, and further shape your character through your choices in the complex situations you’ll encounter.

Beyond fighting massive enemies and brutally executing your foes, you’ll be confronted with murder, genocide, betrayal, and human trafficking, and the game will force you to make tough decisions that will have an impact on your character and the world around you. 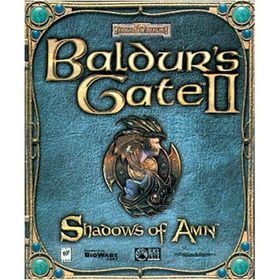 In the game, you’ll create your own character, choosing class, abilities, appearance, and alignment. You can also use pre-made characters. You’ll ultimately build out a team and explore the country of Amn and its capital, Athkatla. If you don’t want to play alone, friends can join, taking control of extra characters or the NPCs you’ve recruited. But even without other friends to play, this can give you the D&D experience without the need to find a Dungeon Master or a host of other players committed to a campaign.

As you explore, you’ll face monsters, explore dungeons, and make use of a wide assortment of spells and weapons. And, with hundreds of hours worth of gameplay, you won’t run out of things to do quickly. Unsurprisingly, this classic RPG masterpiece comes from none other than BioWare.

Since advanced 3D graphics have allowed for immersive RPGs in first- and third-person perspectives, it may seem like the old-school isometric game perspective has been lost to a forgotten time or obscure games. But, as Divinity: Original Sin II demonstrates, the isometric perspective still has life in modern video games, and excellent ones at that. And, the Definitive Edition improved on an already excellent game.

In Divinity: Original Sin II, you’ll create your own character, choosing their origin, appearance, skills, and more. Together with a crew of NPCs or other human players online or locally, you'll explore the beautifully rendered and highly detailed world of Rivellon.

You’ll get to engage in advanced combat that will let you get a lot more clever about how you take down enemies than just hitting them in the head with a sword. If you love an old-school RPG with lots to do and see but just can’t get behind dated graphics, this is a great option for you.

A first-person sci-fi RPG with a satirical sense of humor, The Outer Worlds isn't only about building up your strengths. Your hero can also pick up gameplay-affecting "flaws" based on your weak points as you play the game, balanced out by an extra perk of your choice. Beyond this unique mechanic, an expansive stat point system lets you customize and progress your character in distinct ways to suit your preferred playstyle, much of which will be familiar if you've played Fallout or similar action RPGs. You can specialize in an assortment of melee or ranged weapons, ammo types, and skills such as persuasion, stealth, or technical abilities. These can improve your effectiveness in combat or avoid it altogether.

Though it's a single-player experience, The Outer Worlds doesn't make you take the trek alone. Much like in the Mass Effect series, you'll meet and take aboard a crew of companions during your planet hopping, each with their own combat abilities, hidden backstories, and complex motivations. But your goals don't necessarily have to remain aligned—you can choose whether to help them on their missions or have them serve your own purposes. The power of your choice runs through all your quests, interactions, and even most dialogue across the game. Your decisions aren't always clearly right vs. wrong or good vs. bad, but you see the results in the world and characters around you.

What does one life matter? That's the central question posed by the sweeping sci-fi/fantasy story of Torment: Tides of Numenera, and it's an epic, engrossing journey to seek the answer. As a spiritual successor to the influential Planescape: Torment, the Tides of Numenera similarly puts you in a rich D&D campaign setting as a somewhat immortal but amnesiac being with great influence on the world around you. In fact, your actions affect the push and pull of forces known as Tides, a color-coded sort of alignment system with nuances beyond simply good or evil motivations. These ultimately impact what your character can do and how companions and NPCs treat you.

If you're looking for fast-paced action, though, Tides of Numenera's classic isometric RPG gameplay based on pen-and-paper mechanics likely isn't for you. Combat doesn't kick in often, and when it does, it's the slow-paced, turn-based variety. There's also no avoiding the amount of dialogue and exposition to read through. It can get pretty dense and philosophical, and some of the themes and characters can feel a bit "out there." But if you're willing to take the dive, you'll find yourself immersed in a world and storyline that's more original and existentially complex than others dare to be.

More than a quarter-century later, the crowdfunded sequel captures and updates the best parts of the trailblazing original Wasteland from 1988. That game influenced the original Fallout and many other RPGs after it, and now Wasteland 2 throws back to the challenging, text-heavy post-apocalyptic mayhem.

You lead a squad of Desert Rangers in the year 2102, with freedom to determine the stats, skills, and weapons of the four party members you control in battle. You'll need just about every tool in your arsenal, too, with turn-based tactical combat that pits you against vicious foes in dynamic settings. New wrinkles are constantly being thrown your squad's way, so hopefully you've assembled a crew diverse enough to handle anything. (You can adjust the difficulty settings if the going gets too tough for your liking.)

Outside of combat, your skills matter just as much in how you tackle quests, navigate the landscape, and interact with the quirky characters you come across. Almost every encounter is a memorable one, adding up to a cleverly written and original story that you've genuinely shaped—as well as survived.