Brittany Vincent
Writer
Brittany Vincent has 10+ years' experience as a video game and entertainment writer. She was the editor in chief of mojodo.com and has written for IGN, Complex, and others.
lifewire's editorial guidelines
Fact checked by
Rich Scherr

One of the most overlooked parts of a PC build is the power supply. Hardware is becoming increasingly complex and power-hungry, which means that choosing the right PSU is more crucial than ever. The days where users could just pick a generic 400W power supply out of an old pre-built they had lying around are over.

Ensuring a PSU is efficient, can supply enough power, and is reliable is a balancing game PC builders have to play, while still factoring in how much budget they have. The best power supply for one user might not be appropriate for another. Fortunately, we've put together a list of PSUs that should help most PC builders find the right product. 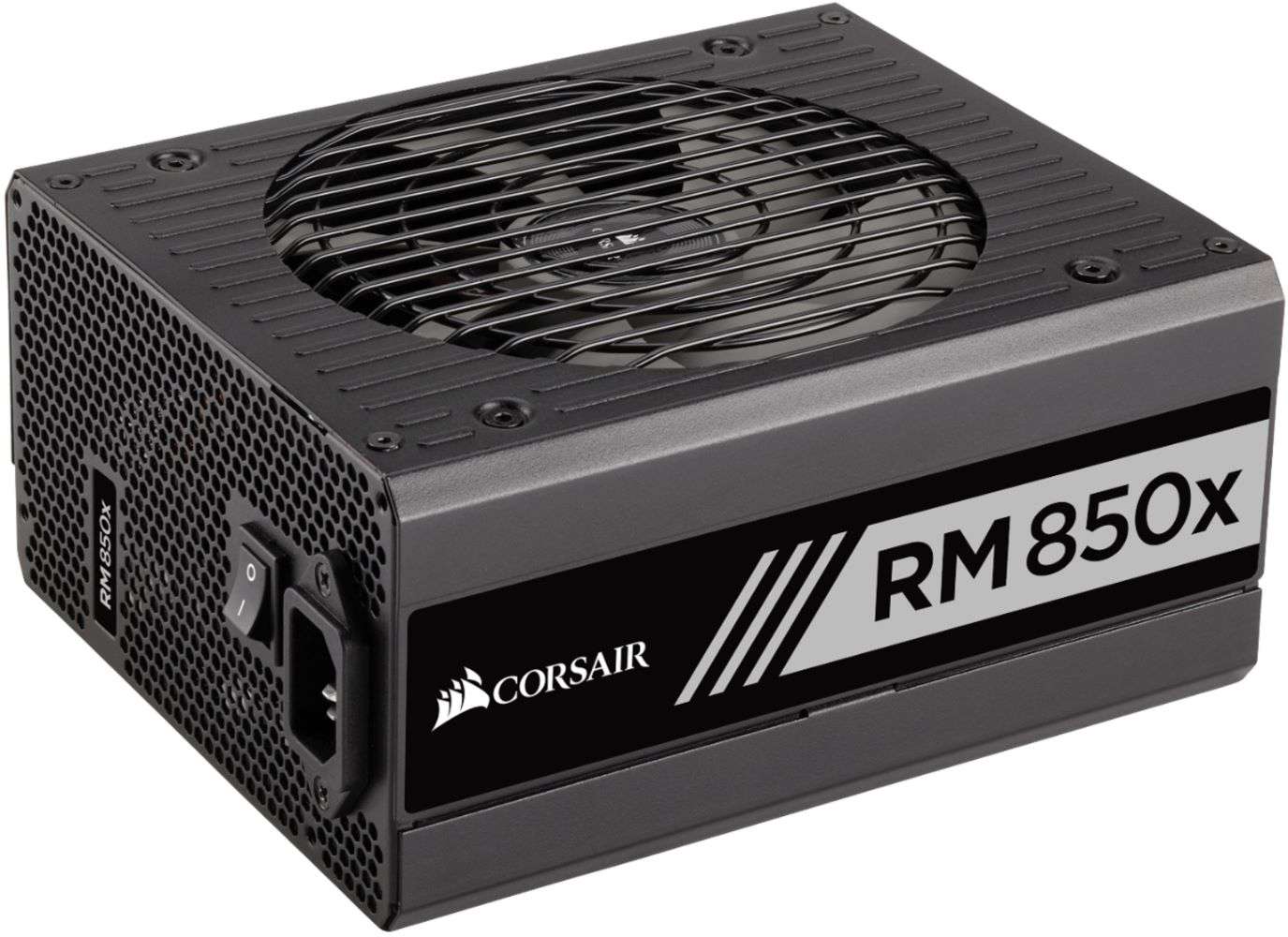 The Corsair RM850x is the best PSU for mid- to high-end gaming PCs with a single GPU. The RM850x has an 80 Plus Gold certification, outputs 850 watts, and never dips below 87% efficiency, which means less waste heat is generated (and thus less wear on the unit). Less heat also means this PSU can accommodate a Zero RPM Fan Mode when it's under light load. This makes it one of the quietest products on our list.

For those looking for a clean, photogenic build, the RM850x is fully modular and is compatible with Corsair's sleeved cables. It also can use a USB 2.0 header to allow for software control through Corsair's iCUE control panel. This enables users to control a host of settings, including the fan curve. At under $150 MSRP, the RM850x is priced to move, and the extra features and quality are worth the premium, compared to more basic PSUs. 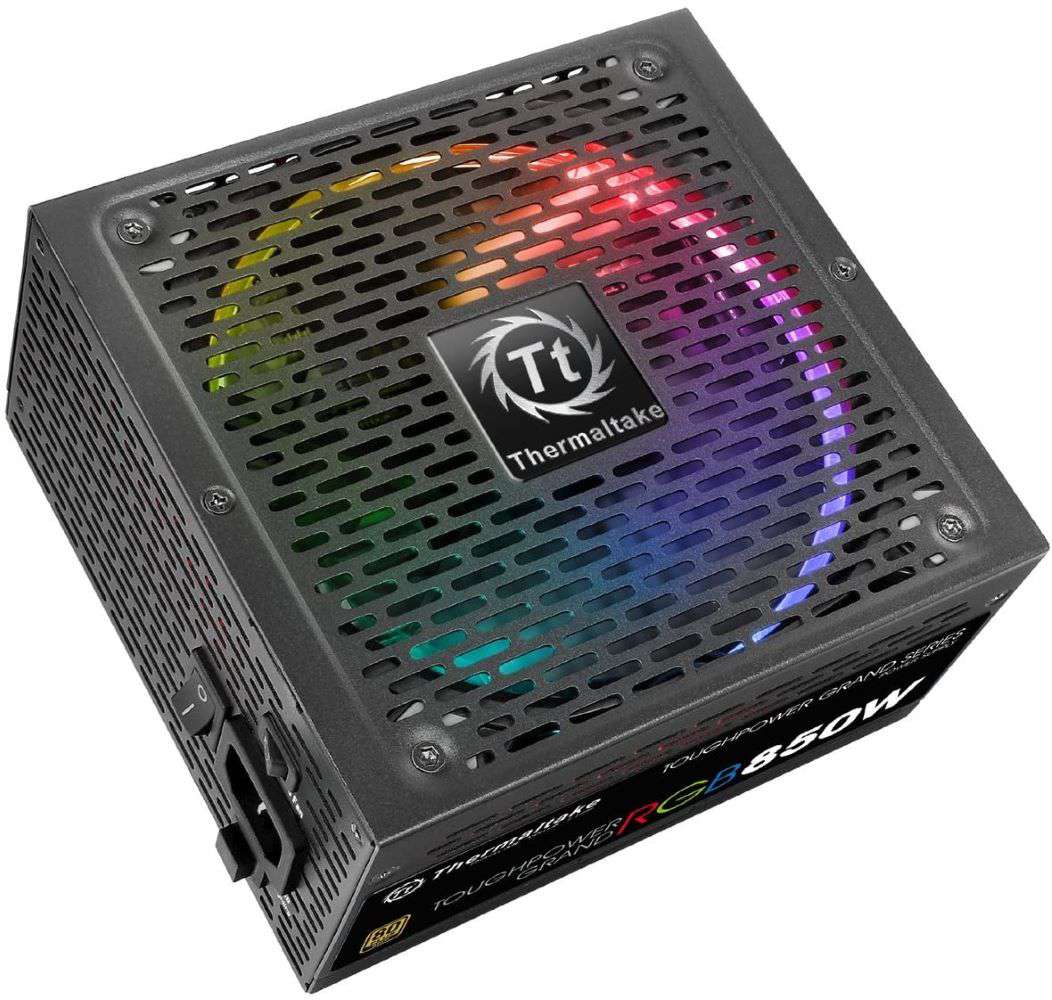 Some PC enthusiasts want their custom builds to shine, literally. Thankfully, for those intrepid souls, Thermaltake's Toughpower Grand RGB series has quality hardware and custom color LEDs that can match or work independently of the rest of a PC's internal lighting. The Grand RGB is certified 80+ Gold, and its 850W output is enough to power almost any single CPU/GPU system. Like the RM850x above, the Grand RGB has a zero RPM mode for its fan, eliminating noise when the PSU is under a light load.

The Grand RGB is a fully modular PSU, which makes for an easier, better-looking build. Sleeved cables are also available (at extra cost), which allow for that extra touch of sophistication. The only thing putting this product below the RM850x on our list is that it lacks decent over-temperature protection. Either the feature is missing entirely or the OTP shutoff is set so high that it's ineffective.

If the PSU ever reached a temperature that would damage the hardware, another set of sensors would likely detect a fault and shut down the PC. However, when dealing with a PC that likely cost thousands of dollars, most users want all the safeguards they can get. 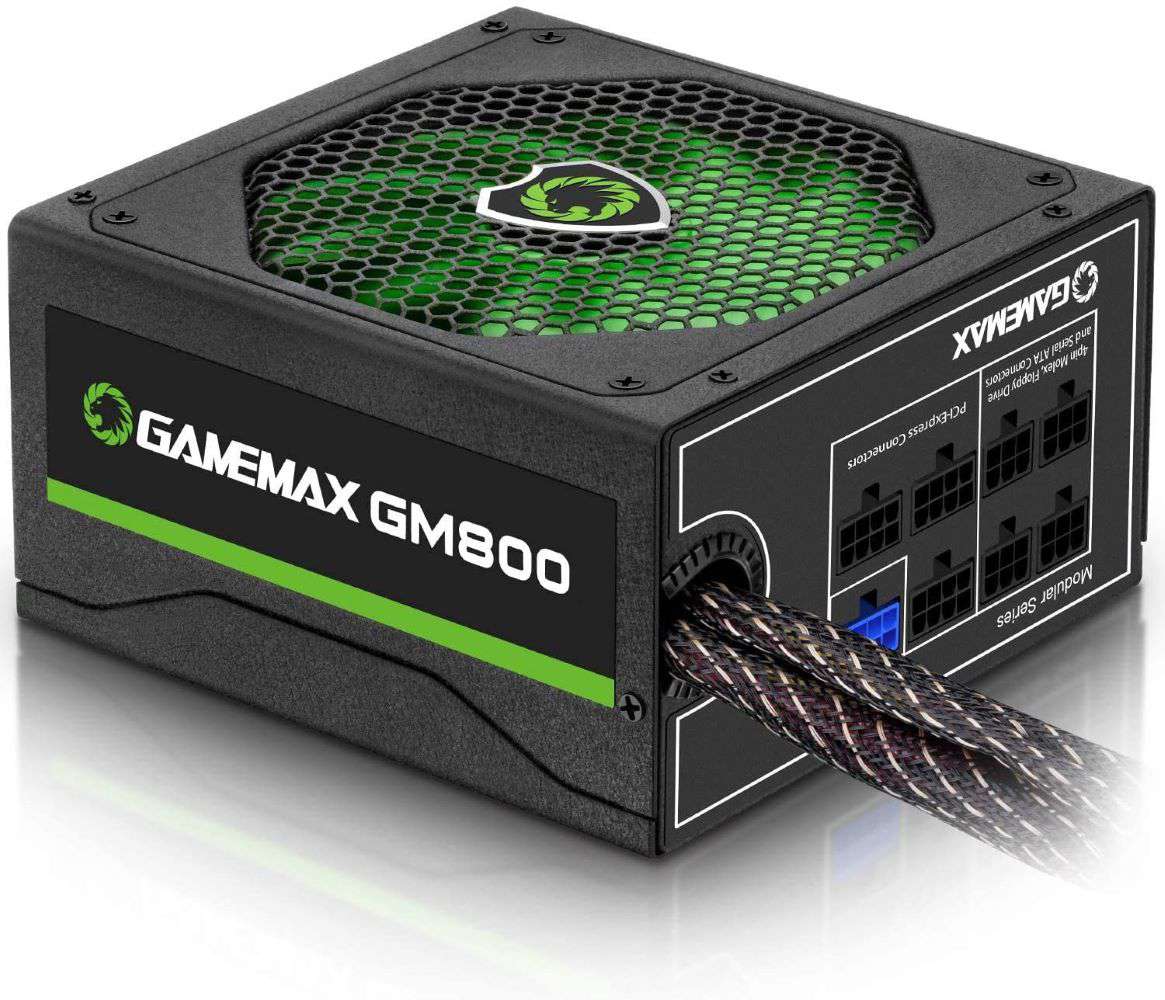 For those that need something cheap but still want the convenience of a semi-modular PSU, the Gamemax GM-800 gets the job done. There are some caveats to this product, however. Firstly, it's less efficient than the PSUs higher up the list, with an 80+ Bronze rating. This means it generates more heat, draws more power to reach its 800W specification, and is louder.

This PSU also only technically outputs 800 Watts. In actuality, its max output wattage is 720W on the 12V rail and 130W on the 3V and 5V rails. This means users should take care to calculate their power needs before purchasing the GM-800 carefully. The only real frills with this unit is that it's semi-modular, so keep in mind that a budget PSU should go in a budget build. 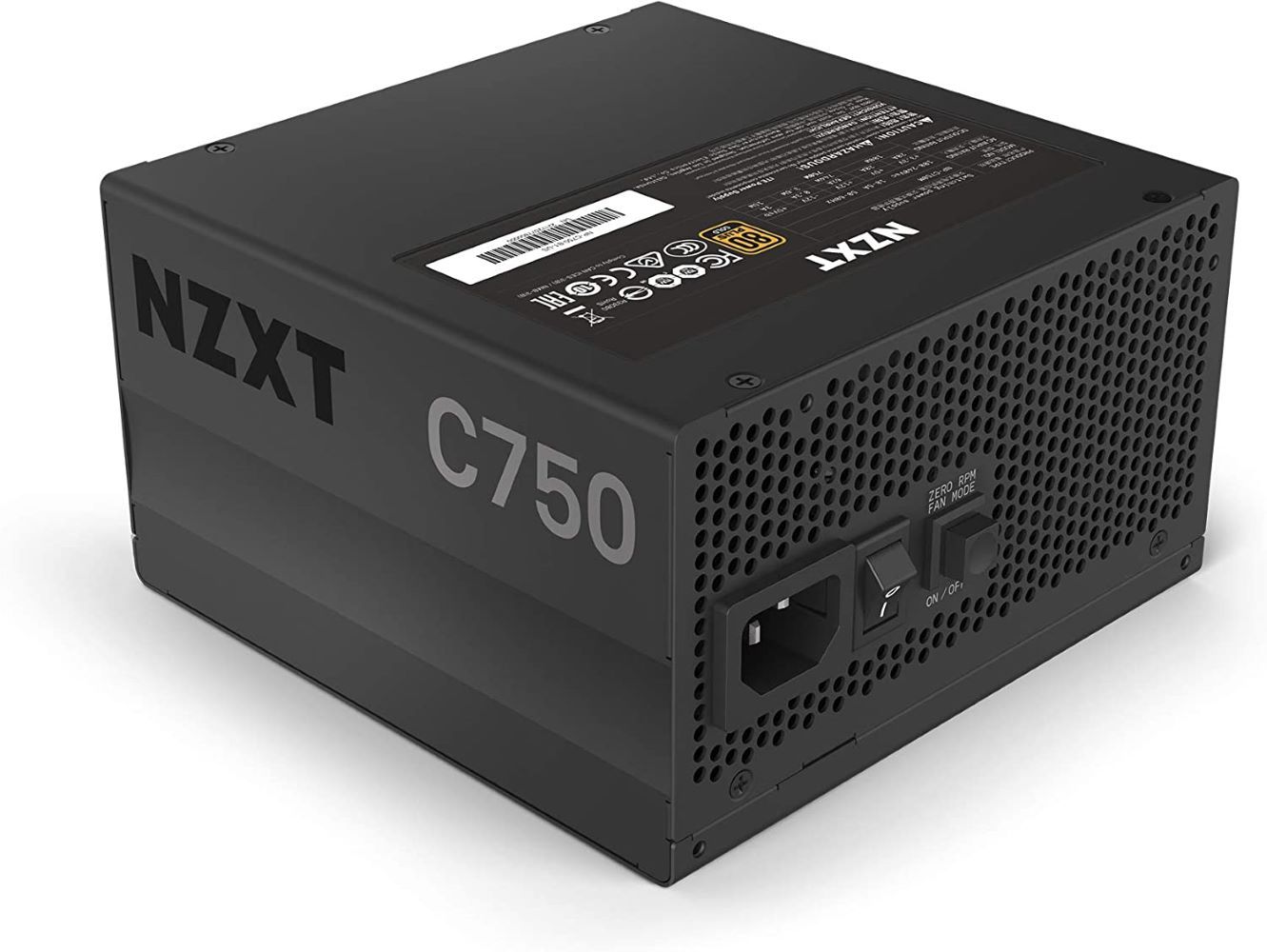 The NZXT C750 puts the guts of a Seasonic Focus Plus Gold in an attractive case. The C750 wins out in this category because of its excellent performance and its aesthetic. Not only does it PSU case itself look great, but all the stock upfront cables (ATX, EPS, PCIe) come sleeved. This allows builders to get a clean look without the need to purchase any additional wiring.

The biggest drawback of the C750 is that it can be a bit loud. It's an 80+ Gold certified PSU and features a Zero RPM Fan Mode. However, its 120mm fan is noisier than similarly equipped PSUs. Those who picked up an RTX 3090 might also find 750 watts a bit too anemic, in which case the C850 would be a better choice. However, most single CPU/GPU users will find 750W to be adequate.

The majority of PC builders should find the best power supply for them in the list above. However, there are some scenarios where a user needs more wattage than the units above can provide. Fortunately, many of the products above have variations that output more wattage. These are more expensive but still, have the same great features.

If you're looking for a solid, resilient PSU for your next build, with enough headroom for next-gen components then look no further than our top pick, the Corsair RM850x. This modular power supply has all the juice you need for the latest generation graphics cards, and its 10-year warranty means you won't need a new one any time soon.

Brittany Vincent is a freelance video game and entertainment writer whose work has been featured in publications and online venues including G4TV.com, Joystiq, Complex, IGN, GamesRadar, Destructoid, Kotaku, GameSpot, Mashable and The Escapist. She is the editor in chief of mojodo.com.