Jump into the ring with these PC fighting games 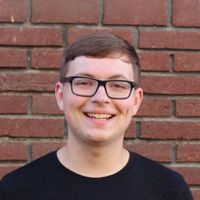 The Rundown
Best Art:
Bandai Namco Dragon Ball Z at G2a.com
"The gameplay matches the stunning visual quality, with moves and combos that are easy to learn, but difficult to master."
Best Update:
Capcom Street Fighter V: Arcade Edition at G2a.com
"Street Fighter is one of the franchises that popularized fighting games, and it’s still going strong today."
Best Competitive Game:
Bandai Tekken 7 at Steampowered.com
"Tekken 7’s robust competitive community is still active today, and the game routinely appears at tournaments around the world."
Best Roster:
Capcom Ultimate Marvel vs. Capcom 3 at Steampowered.com
"The stylized character design is a blast to watch in motion, and the detailed stages add to the appeal."
Best Customization:
Bandai Soul Calibur VI at Amazon
"Soulcalibur VI features a robust character creator that’s more detailed and fully-featured than ever before."
Best Story:
Warner Bros. Injustice Gods Among Us Ultimate Edition at Steampowered.com
"The single-player campaign and strong storytelling in Injustice 2 make the game stand apart from other fighters."
Best Retro:
SNK Corporation The King of Fihgters '98 at Steampowered.com
"King of Fighters '98 is often called the best game in the long-running franchise."

Goku and company have starred in various types of video games for decades, including action RPGs, MMOs, and, of course, fighting games. One of the best Dragon Ball games to ever come out is Dragon Ball FighterZ, a 2D fighting game released in 2018. Dragon Ball FighterZ has gorgeous visuals that look almost exactly like the hand-drawn style from the popular anime. If you were to watch a fight in motion, you might actually think it’s a fight scene from Dragon Ball Z. During a super move, the camera rotates inward, giving the game more of a 3D-animated look. This feature adds an exciting visual flair that keeps things exciting.

Luckily, the gameplay matches the stunning visual quality, with moves and combos that are easy to learn, but difficult to master. The pick-up-and-play nature makes it fun for casual fans of the anime who just want to fight as Goku, Vegeta, Frieza, and other iconic characters from the Dragon Ball series. For players who want to take it a bit further, the game also has a vibrant competitive scene that’s still active today.

The game launched with 21 characters, with a handful of others released later through DLC. The single-player mode has been criticized for being too easy, and the campaign mode has a fair amount of padding that ruins the pacing. But, if you love Dragon Ball and want a tight, responsive fighting game that's great for casual and competitive players, take a look at Dragon Ball FighterZ.

Buy on G2a.com Buy on Steampowered.com
What We Like

Street Fighter is one of the franchises that popularized fighting games, and it’s still going strong today. The latest entry, Street Fighter V, was originally criticized for a lack of content. However, Capcom revised the most recent iteration of Street Fighter in Street Fighter V Arcade Edition, which added all of the DLC from seasons 1 and 2, and improved some of the mechanics and gameplay that people didn’t like in the original version.

Tekken 7 is another solid entry in a long-running fighting game franchise. Bandai Namco's latest entry in the Tekken series has a ton of depth, which has made it very popular with competitive fighting game fans. Tekken 7's robust competitive community is still active today, and the game routinely appears at tournaments around the world.

However, if you’re looking into playing Tekken 7 competitively, don’t expect the in-game tutorials to help you out too much. Fans have criticized the game for its steep learning curve, and the story mode doesn/t even bother to teach you some of the more advanced mechanics. However, if you’re willing to seek out the proper resources to teach yourself how to play, Tekken 7’s competitive scene is thriving, and it’s the best option for competitive fighting game fans looking to try something new.

Ultimate Marvel VS Capcom 3 has been a pillar of the fighting game community since it launched back in 2011, and it finally came to Steam in 2017. Capcom and Marvel first teamed up for a crossover fighting game in 1996, and Ultimate Marvel VS Capcom 3 is their biggest crossover yet. You can play as 50 characters in this game, half from Marvel and half from Capcom, in frenetic 3 vs 3 tag-team gameplay. The PC version includes all of the DLC from the original game, so you can play as bonus characters Jill Valentine and Shuma-Gorath, who have actually been removed from the Xbox 360 and PS3 marketplaces, making the PC and modern console rereleases the only place to play as them. And, this is the only fighting game to feature Phoenix Wright, the Ace Attorney himself.

The gameplay in Ultimate Marvel VS Capcom 3 is fantastic. Each character is unique, and the movesets pay homage to the Capcom game or Marvel comic the fighters originate from. Spider-Man is a fast, nimble web-slinger, while Phoenix Wright is clumsy and attacks with finger points and paperwork. The stylized character design is a blast to watch in motion, and the detailed stages add to the appeal. The game is fun to play casually and competitively, so it will suit all types of fighting game fans. Some fans have complained about the lackluster online scene and performance on PC, but there is enough offline content to keep you going for a long time.

The Soulcalibur series may have lost its way a bit with Soulcalibur V, but developers were able to put the franchise back on track with the most recent entry, Soulcalibur VI. This entry acts as a soft reboot for the series, and its branching story paths are intriguing and bring life back to the story mode. Unfortunately, there aren’t many CG cutscenes in the story mode, which detract from the epic tone the story goes for.

In addition to classic, returning characters, Soulcalibur VI features a robust character creator that's more detailed and fully-featured than ever before. After adopting the move set from another character in the game, you can completely design the look and aesthetic of your character to resemble anything you like. This can lead to some crazy designs, and all it takes is a quick Google search to see some of the wacky characters players have created, like a disturbingly anthropomorphic Sonic the Hedgehog, to a living, breathing pistachio. Plus, Soulcalibur VI's guest character is Geralt from The Witcher, and he fits right in with the franchise's aesthetic.

DC always has a clever parry to Marvel's successes, and the fighting game genre is no exception. After the popularity of the Marvel VS Capcom series just kept on growing, DC responded with Injustice: Gods Among Us, a fighting game starring the most iconic heroes and villains from DC's extensive catalog of characters. After the success of the first game, a sequel was released that continues the standout plot from the first game. The combat in Injustice focuses on gadgets and environmental damage. And while unique, it may come across as slow to some players.

The single-player campaign and strong storytelling in Injustice 2 make the game stand apart from other fighters. The first game set up a story about what happens when Superman goes evil, and the second game continues to examine character motivations and plotlines in a world where Superman is bad. The battles in the single-player mode feel meaningful, and you even get to influence the ending at the end of the story. Injustice 2’s comic book-worthy plot is important for any DC fan to experience, especially Superman fans who want to see a completely different take on the DC universe.

The gameplay still holds up over 20 years later, and there's a surprising amount of content and depth to be found here. You'll have 64 to choose from, including Terry Bogard, who is now a part of the DLC pack for Super Smash Bros. Ultimate on Nintendo Switch. If you want an idea of Terry's own franchise and influences, King of Fighters '98 is a great place to start.

The 7 Best PC Games of 2021
Was this page helpful?
Thanks for letting us know!
Tell us why!
More from Lifewire