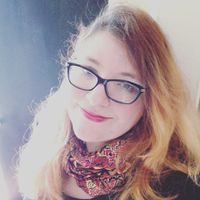 Whether on a plane or in a waiting room with limited cellphone reception, there are times when you need to pass the time without an internet connection. These are the best offline iPhone games of 2021.

Alto's Odyssey has won many accolades since its release, including the Apple Design Award for 2018. This exploration game revolves around Alto and his friends who enjoy sandboarding adventures.

While the game offers a limited number of achievements, players can explore a variety of locations, all beautifully illustrated, and enjoy an inviting musical score.

Toon Blast is a free block puzzle game that you can play online or offline. The main aim is to tap a group of blocks to clear them from your screen.

This engaging puzzle game is fun for all ages with various goals and multiple levels, and the option for in-app purchases. When you do have an internet connection, you can sync your progress between your iPhone and iPad.

For those who enjoy puzzle and strategy games, 2 For 2 provides a free, appealing gaming option. You need to connect as many dots as you can that have the same numbers before running out of moves.

While it's free to enjoy, you must watch many ads to continue playing.

It's a swing and a hit. R.B.I. Baseball 18 works on your iPhone or iPad when you're offline. The game has a new franchise mode that allows you to control your team completely.

While some gameplay aspects aren't realistic, the visuals generally are. A one-time fee provides access to full app functionality, and there are no in-app purchases.

Happy Mall Story puts you in charge of a simulated mall. It's engaging for children and adults with cute animations and opportunities to upgrade your mall as you play.

You can play this free iPhone game offline at any time without having to use data. When online, upgrades are available and almost too easy to add unless you turn off in-app purchases.

Paper.io 2 is a free and visually interesting offline drawing game for iOS. Conquer territory by drawing boundaries. When played offline, your opponents in the game are AI-generated.

While this game is accessible and engaging to play, it can be glitchy and cause territory loss without notice. The free version also includes many ads.

Old Man's Journey is a puzzle game that centers on the emotional journey of life. This game has beautiful imagery, won the Apple Design Award, and won a French game award: the Emotional Game Award.

This game is free and doesn't put time limits on puzzles, making it a relaxing option for offline play.

Subway Surfers is an arcade-style iPhone game that's a lot of fun. While it's been around for a while, there are many recent updates that make it a lasting favorite.

Updates can make or break a game, and the updates for Subway Surfers help make the game last. It's free to play, but in-app purchases improve playability.

Swamp Attack is probably one of the most off-the-wall yet entertaining games for the iPhone. The point of the game is to defend your home and swamp from the creatures that are out there. Use a variety of weapons, including flamethrowers, to fend off crocodiles, zombies, aliens, and monsters.

This game is free to play, but in-app upgrades can make some levels easier to manage.

4 Pics 1 Word is a free picture puzzle game that's appropriate for all ages. You'll view four images and guess the one word that unites the images.

While it's not the most challenging game available, it's engaging and valuable as a vocabulary builder for younger players.

Flow Free is a simple but appealing free puzzle game. Don't let its simple user interface fool you. As you go up in levels in the game, they can get quite challenging.

The game developers release updates, so you won't run out of variety. The only major downside is the number of ads, which you must watch in full.

Hidden object games can be enjoyable and compelling, and Criminal Case is one such game. In the game, you join the police department to solve murder cases by searching various scenes.

It's a great choice for passing the time and is free to download, though in-app purchases make play easier.

Download Criminal Case
Was this page helpful?
Thanks for letting us know!
Tell us why!
More from Lifewire