Storing all your secure files and data is easy

NAS (Network Attached Storage) devices are essentially hard drives you can access remotely through a network rather than plugging directly into your computer. They make it possible to do many things, such as setting up a Plex server to back up important files.

They're typically more expensive and complex storage solutions than a simple external hard drive, but they allow you to access your files anywhere. NAS devices also have extra data security features to keep your files safe. Many are also highly expandable, upgradeable, and capable of holding vast files and media.

Whether you're looking for a simple network attached storage solution for storing movies and music or a business-ready data vault with several dozen terabytes of space, here are the best NAS from top brands. 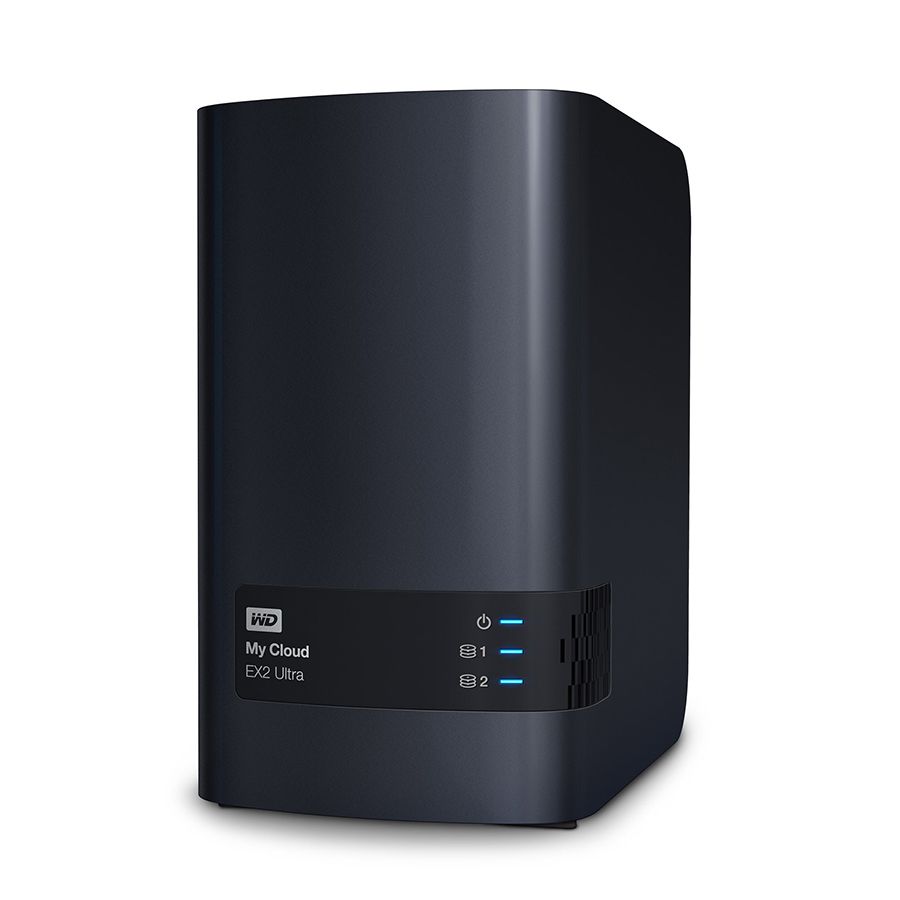 The Western Digital My Cloud EX2 is far from the most advanced NAS, the fastest, or the most versatile, but it wins its place as the best overall for most people because it’s affordable and hassle-free. The My Cloud Ex2 is pretty much plug-and-play and comes with 8TB of storage capacity, which is plenty for home use. It also comes with Plex Media Server built-in, a digital media player that makes it easy to stream your favorite media to all of your devices.

Other handy features include the ability to easily schedule backups from multiple devices and share files with others by creating private links. Unusually for a device that’s just about as easy to set up as an ordinary external hard drive, it also comes with advanced security features. We think it's the best NAS for the average person who wants a straightforward device.

If you're on a tight budget and don't need to store a ton of data, the Buffalo LinkStation 210 is a great option. By NAS standards, the LinkStation 210 is an absolute bargain; it's almost in the price range of traditional hard disk drives (HDD) that you find in many computers. However, Buffalo limited this device to just 2TB to 4TB of storage capacity, which isn't much for a NAS. Secondly, it only features a single, outdated USB port, though the Gigabit Ethernet port is what's really important here.

The LinkStation 210 is a NAS for people who only need a small quantity of remotely accessible storage for backup, file sharing, and streaming. You can set it up with a smartphone or tablet, and it's perfect for first-time NAS users. 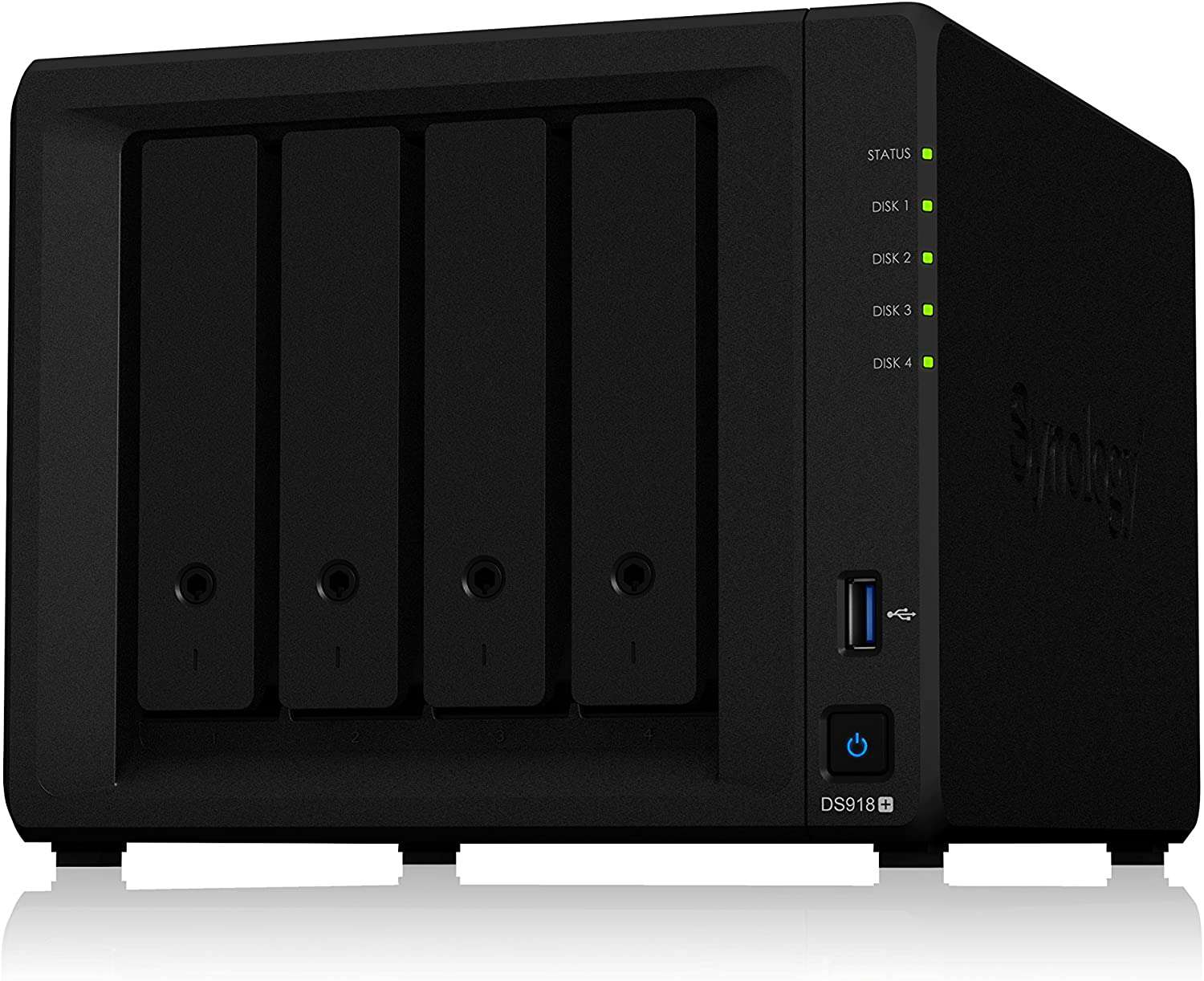 If you need to store a massive quantity of data, the Synology DiskStation DS918+ is the NAS device for you. This hulking NAS device offers nine drive bays, which, when filled with high capacity drives, can offer up to 48TB of storage capacity.

Though the DS918+ is quite expensive, you get your money's worth with the potential storage capacity. It starts with 8TB of hard drive storage and two 128GB M.2 SSDs for a total of 256GB of storage. You also get 8GB of RAM, which you can expand for faster operation. On top of a powerful processor, this flexibility makes the DS918+ a truly impressive NAS device. 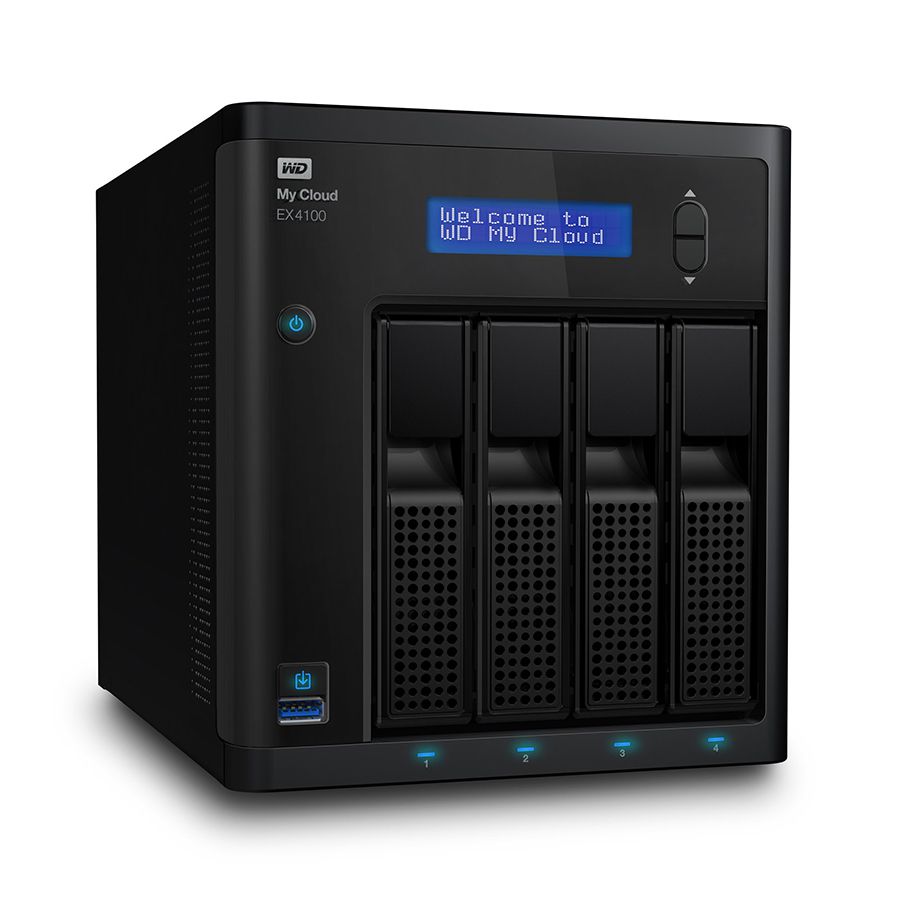 The Western Digital My Cloud EX4100 is much like our top pick. It’s easy to use and includes 8TB of storage, but the EX4100 is available in models that run up to 24TB if you need that extra capacity.

The EX4100 features a more powerful processor than the EX2 and extra RAM for increased performance. It also offers a more secure platform for storing your irreplaceable photos and files. If you’re interested in setting up a Plex Media Server for streaming at home, this is an ideal device to use. Overall, this NAS device is perfect as a data hub that your whole family can easily access, no matter where they happen to be.

View On Amazon View On B&H Photo Video View On Iosafe.com
What We Like
What We Don't Like

If you fear the unthinkable event of a fire and losing precious photos or replaceable or sensitive data stored on computers or external drives, the IoSafe 218 2-Bay NAS eases those fears. The design is fireproof up to 1550 degrees Fahrenheit for 30 minutes. It's also submersible up to 10 feet underwater for as long as 72 hours.

That kind of serious protection comes at a high cost, however. While this NAS only holds an included 8TB of total capacity, it'll set you back a pretty penny. However, keep in mind that for that price, you're getting a highly sophisticated NAS system with features just as robust as its physical durability. 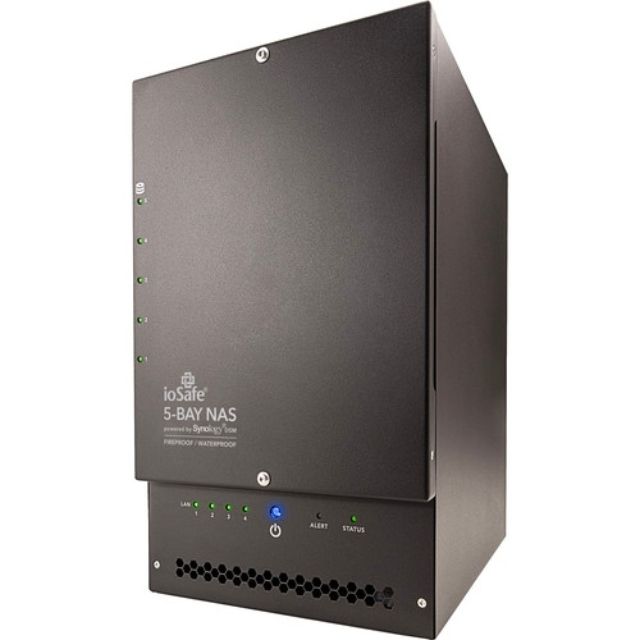 While in most respects the IoSafe 1517 40TB 5-Bay NAS Array is almost identical to the IoSafe 218, it varies in one key respect. It stores five times more than its smaller counterpart at only a bit more than twice the price.

With that said, for 40TB of storage capacity, the IoSafe 1517 requires an investment. However, if ensuring the safety of your data is essential to your business, or if you have deep pockets and just want to purchase some peace of mind, then the IoSafe 1517 has room for everything you might need to store somewhere safe and sound.

One of the best uses for a NAS is a streaming hub for various media, and the QNAP TS-251D-4G handles streaming easily. It has Plex integration and a built-in HDMI cable that you can plug straight into your TV and quickly access all your media on the big screen. It also features a built-in AI-powered smart photo management that allows this NAS to sort your photos using facial recognition, geotagging, and other metrics.

The downside is that you have to expect to pay a little more for the TS-251D-4G, and its design is flimsier than comparable NAS devices. You'll also have to purchase storage drives for the bays. However, if you’re primarily interested in streaming content, this is the NAS for you.

Though it’s a bit on the pricey side, particularly considering that it doesn’t come with drives to fill its two drive bays, the Asustor Lockerstor 2 AS6602T is the way to go if speed is a priority.

In addition to a powerful processor and a decent supply of RAM, the Lockerstor 2 includes two M.2 NVMe SSD slots. If you take advantage of this SSD space, you could greatly increase the speed of the NAS. Additionally, you also get two HDMI ports, making this a great NAS for streaming, and it also supports an impressive library of apps for expanded functionality.

The Western Digital My Cloud EX2 (view at Amazon) is the NAS device we recommend to most people. It’s easy to use and includes most of the major features you want in a NAS at a reasonable price point. However, if you need more advanced capabilities and the support for a whopping 48TB of storage, the DS918+ (view at Amazon) is worth the considerable extra cost.

What to Look For in Network Attached Storage

Many NAS devices come with one or more additional drive bays. This setup is ideal, as it allows you to expand the storage capacity of the NAS over time, and even swap out defective drives without losing data in some models.

You can use most NAS devices to stream media, but some are better at it than others. Some NAS devices even include an HDMI port and a remote, so you can plug right into a television without using a media center PC or streaming device as a middleman.

NAS devices that include hardware-level encryption are much faster than devices that rely on software. Encryption, which puts password protection on your data, is primarily important if you use your NAS to back up sensitive data that you don’t want anyone to access. Even if you only access your NAS through your home network, encryption will protect you if someone steals the device.

Andy Zahn has been writing for Lifewire since 2019 and is experienced in the field of computer technology. As an avid photographer, he is acutely aware of the importance of backing data to a secure and easily accessible location. He selected only NAS drives he would personally consider buying and chose models based on the integrity of the brand, as well as the features and price point of the specific NAS.