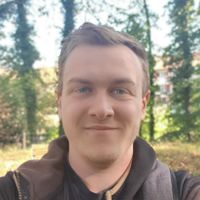 "No game better epitomizes the Mortal Kombat formula than its most recent iteration."

"This game pits you against droves of enemies coming at you from all sides."

"You fight as three characters instead of one, switching out at choice, or when one dies."

"The best place to start (other than an arcade) if you want to play through the humble beginnings of the franchise."

The newest entry in the Mortal Kombat franchise, Mortal Kombat 11, is also the game with the highest replay value outside of multiplayer. Alongside the time-bending campaign mode, in which past and present versions of characters meet and even fight, the game also has a third-person adventure mode called the Krypt and an ever-changing series of fights in the Towers of Time.

Mortal Kombat 11 has the same type of "flattened" 3D gameplay as the other NetherRealms games in the franchise, where the characters and backgrounds are in 3D, but the game mostly plays in an arena going left-to-right, save for special moves involving the environment. Not to mention, Mortal Kombat 11 is the first entry you can play in 4K if your hardware can handle it, or you can even play it on the go if you have a Switch.

The Krypt isn’t new to Mortal Kombat, however, it has changed drastically since its humble beginnings as a series of Koffins in Mortal Kombat: Deadly Alliance circa 2002. As you wander around the Krypt, you can find hundreds of chests, each with a variety of unlock prices. The items you can unlock are cosmetics, ranging from concept art and music all the way to new brutalities, fatalities, and skins for your characters. While the grind required to unlock these chests was a major point of criticism at launch, NetherRealm has since adapted the costs.

Combined with the Towers of Time, in which you fight battle after battle in randomly generated sequences, no game better epitomizes the Mortal Kombat formula than its most recent iteration.

Ultimate Mortal Kombat 3 is the definitive classic Mortal Kombat experience. Improving upon the first two entries, it hosts a large roster of characters and updated gameplay and even introduces new types of combos.

If you want to play a game in the Mortal Kombat lore but want something other than the usual fighting game action, Mortal Kombat: Shaolin Monks is your best bet. Of the Mortal Kombat spin-offs released, this was the only one not considered a critical and commercial failure. The third-person action-adventure beat 'em up may seem to have gameplay more reminiscent of God of War, but the characters, lore, and fatalities will assure that you are still playing a Mortal Kombat game.

You travel through different realms beating up all the enemies in your way, encountering several iconic characters as bosses. Arenas are modeled after Mortal Kombat 2, which you can play as an arcade-perfect recreation inside the game, too. The environments themselves are laden with hazards, giving you an extra edge in battle if you use them well. Puzzles often revolve around these as well.

Mortal Kombat: Shaolin Monks takes place between the first two Mortal Kombat games. You play as Liu Kang and Kung Lao, who are trying to stop the villainous Shang Tsung. However, you can play as two other characters throughout the game, each with their own set of attacks. You can still chain combos together just like in the mainline games, but this game pits you against droves of enemies coming at you from all sides, and the combat system has been updated to allow you to chain attacks in any direction, so you can really blow away the hordes.

Sometimes you just have the itch to rip someone’s spine out of their body while on the way to work, and if you don’t have a portable console to do so on, then mobile will have to do. Thankfully, Mortal Kombat Mobile is there to fulfill all of your portable Mortal Kombat needs.

There’s an impressive roster of characters to unlock throughout the game, each with a series of different skins, and several different modes for you to play. Besides the normal battle mode, Faction Wars lets you fight in 3v3 online battles, Challenge Mode has you beat 63 battles in a timeframe of two weeks, Trial Mode lets you unlock characters by beating five towers with five fights each, and Shao Kahn’s Tower is where you can grab Talent Points to upgrade your characters.

The gameplay is mostly similar to the console versions you know and love, but in a reduced form. You fight as three characters instead of one, switching out at choice, or when one dies. Fighting has been reduced to attacking, blocking, and using special attacks. That said, fatalities can still be used when prompted. Although Mortal Kombat Mobile released around the same time as Mortal Kombat X, it is constantly being updated and remains the best Mortal Kombat for mobile devices.

Aside from a few minor touches, the trilogy has been left unscathed, meaning it’s the best place to start (other than an arcade) if you want to play through the humble beginnings of the franchise. Seeing as the collection includes Ultimate Mortal Kombat 3, which is vastly superior over the original third entry, the Acade Kollection delivers the ultimate 2D Mortal Kombat experience.

The 8 Best Kirby Games in 2020
More from Lifewire