These Are the Best Linksys Routers for Power and Speed

Connecting to the Internet is easy with this dependable brand

Jesse Hollington
Writer
Jesse Hollington is a tech writer with 10+ years' experience. He has written for iLounge, Forbes, Yahoo, The Independent, and iDropNews, among others.
lifewire's editorial guidelines 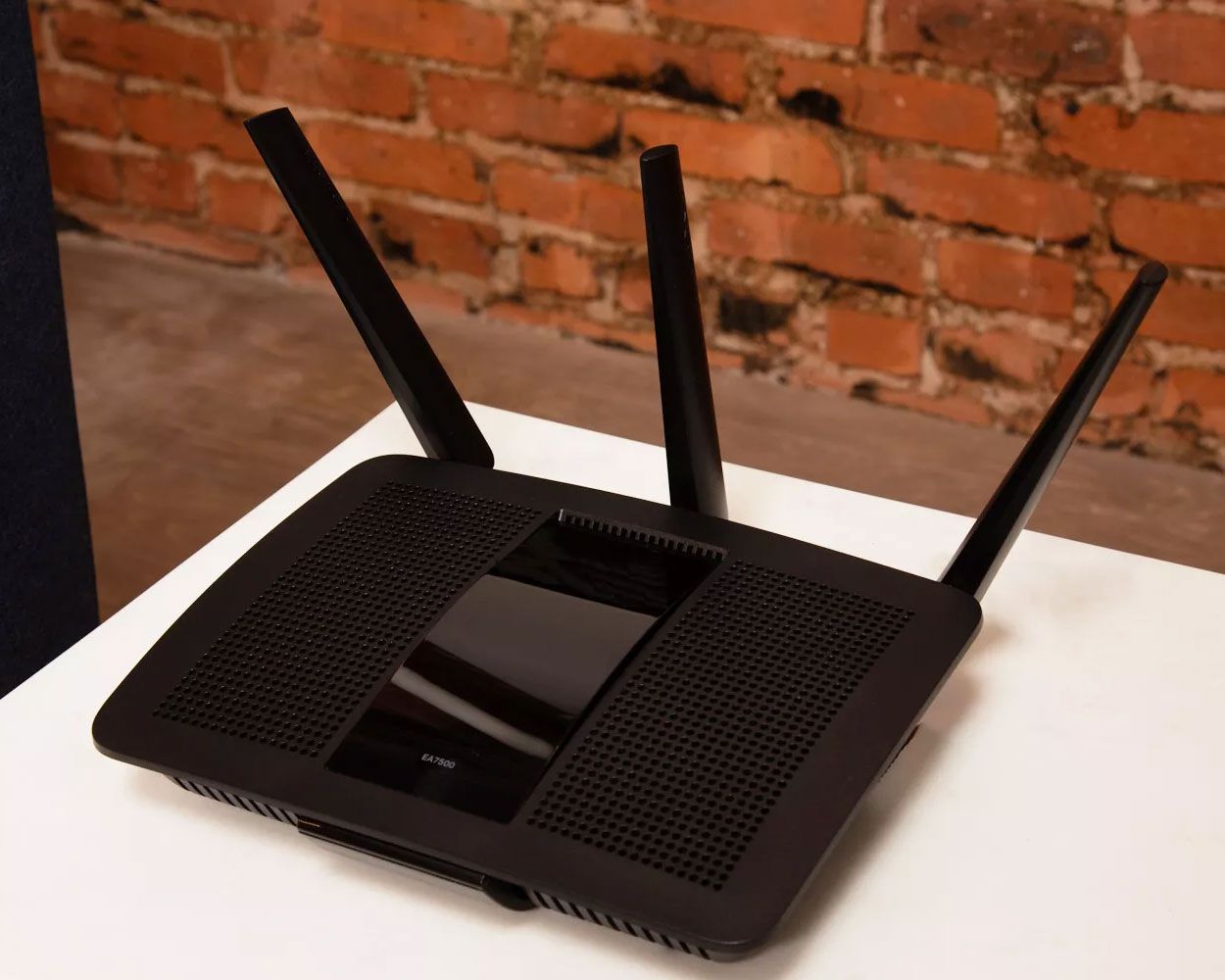 The Linksys Max Stream EA7500 features integration with Amazon Alexa and has dual-band Wi-Fi technology that allows the 2.4 and 5 GHz bands to add up to 1,900 Mbps (600 on 2.4 GHz, 1300 on 5 GHz) of total performance. Supporting a total of up to 12 devices at a single time, the use of beamforming technology helps focus the Wi-Fi signal to each device, increasing signal strength and stability.

"Nobody wants a router so ugly it needs to be hidden, so we appreciate that the Linksys Max-Stream AC1900 is basically inoffensive." — Bill Thomas, Product Tester 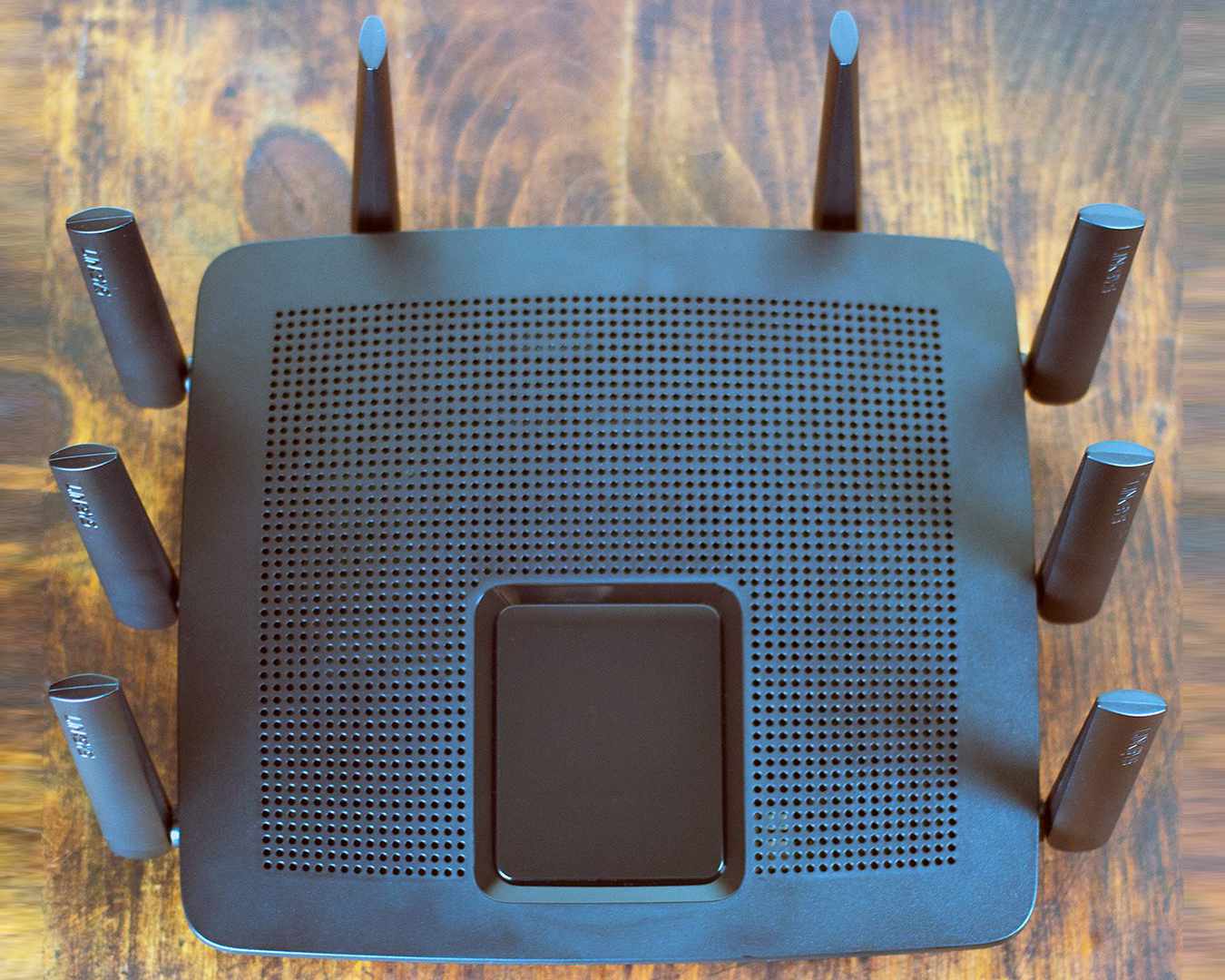 The granddaddy of all Linksys routers on the market today, performance doesn't get any better than the Linksys EA9500. Integrated out of the box to work with Amazon's Alexa voice commands, the EA9500 features eight Gigabit Ethernet ports for faster wired connections, while the tri-band Wi-Fi radios work to eliminate any potential lag, thanks to a 1.4 GHz dual-core processor that keeps the router working efficiently for as many as a dozen simultaneous devices at a single time.

Performance on the 2.4 Ghz band can reach up to 1,000 Mbps for increased speed on older wireless 802.11n and 802.11g devices and the dual-band 5 GHz 802.11ac connections can go as high as 4,332 Mbps. Additional hardware strengths include MU-MIMO technology for maintaining the strongest possible connection, and the router also seamlessly works with separately purchased Max-Stream Wi-Fi extenders to create a pseudo-mesh Wi-Fi system for increased signal strength across an entire home.

"The router supports MU-MIMO, which is designed to efficiently handle bandwidth in homes with devices of different speed grades. Each device can connect to the router at its highest speed, without reducing the speeds of other devices." — Benjamin Zeman, Product Tester 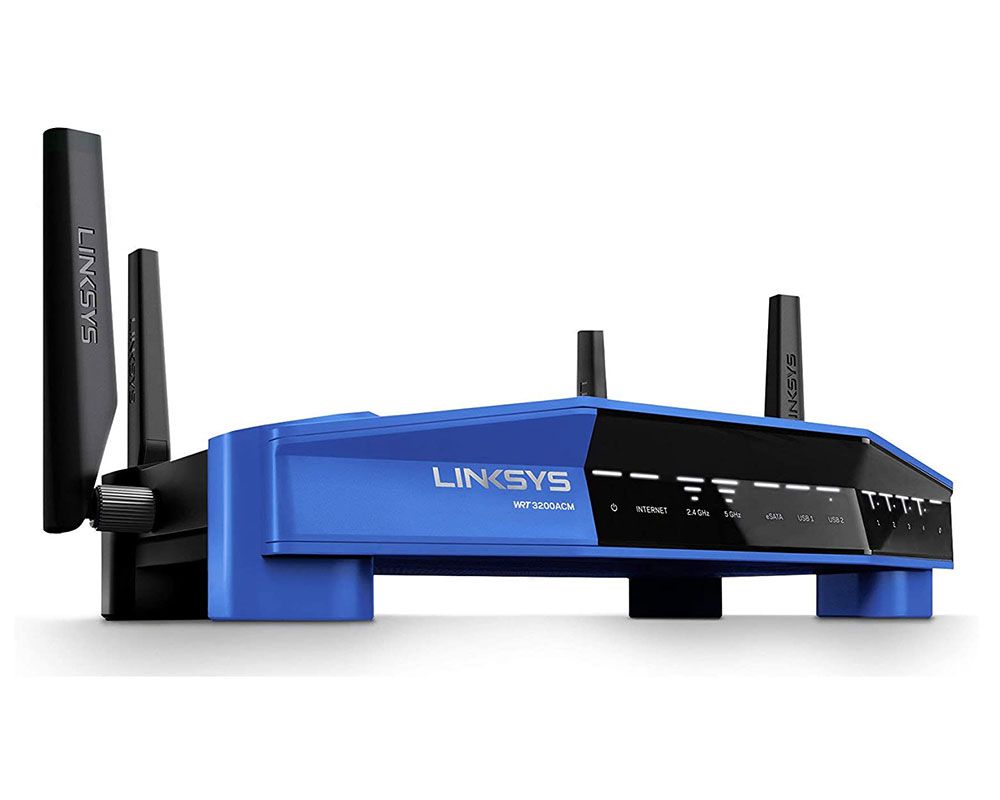 The WRT3200ACM includes tri-band technology that helps it deliver double the bandwidth and performance, rivalling many competing routers. MU-MIMO technology helps to increase signal strength across a home, while the dual-band 5 GHz radios provide a maximum speed of 2.6 Mbps and the 2.4GHz band offers up to 600 Mbps.

Linksys' WRT routers also pioneered open source technology, and this latest model is no exception; power users can add the OpenWrt or DD-WRT firmware to establish their own VPN connections, turn the router into a secure web server, create and manage their own hotspots, capture and analyze network traffic, and more, and fans of the WRT will love the nostalgic look that this modern router offers.

"Router Settings include Troubleshooting, Connectivity, Wireless, Security, and OpenVPN Server. There’s plenty to explore and we found the router’s stock firmware has everything that the average user would need." — Benjamin Zeman, Product Tester 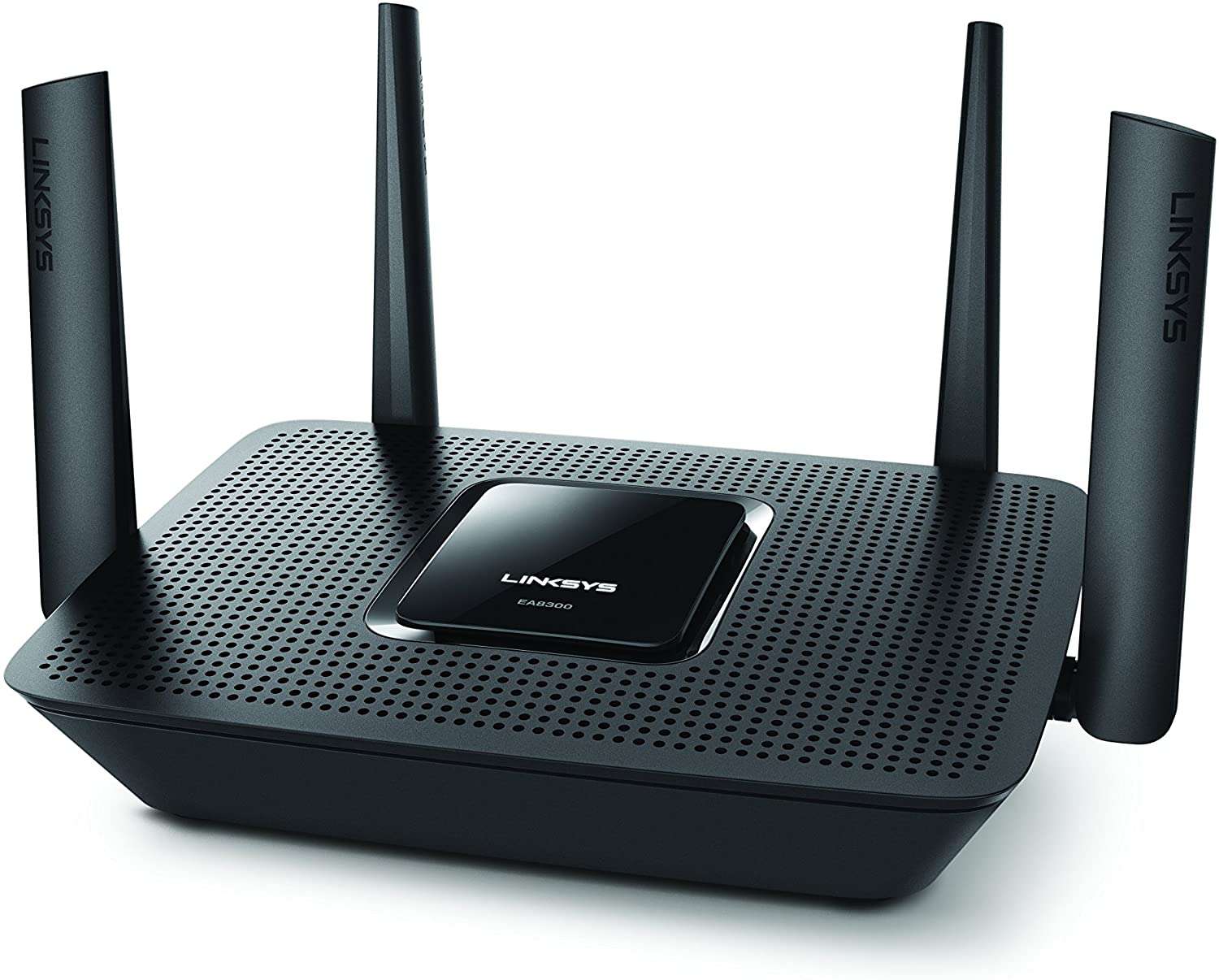 Whether it's 4K video streaming or watching the latest YouTube videos, the Linksys EA8300 Max-Stream router is built to handle demanding video enthusiasts. The quad-core CPU powers three high-speed Wi-Fi radio bands with intelligent band steering that collectively reach maximum speeds of 2.2 Gbps. Increasing the streaming capabilities even more is Linksys' MU-MIMO+ Airtime technology that provides each device in a house the same simultaneous signal strength for keeping a strong connection no matter what you're doing online.

"It’s marketed towards gamers and 4K streaming video viewers. It certainly does the job, reaching 2.4Gz speeds of around 100Mbps when close to the router and 85Mbps at a distance." — Benjamin Zeman, Product Tester 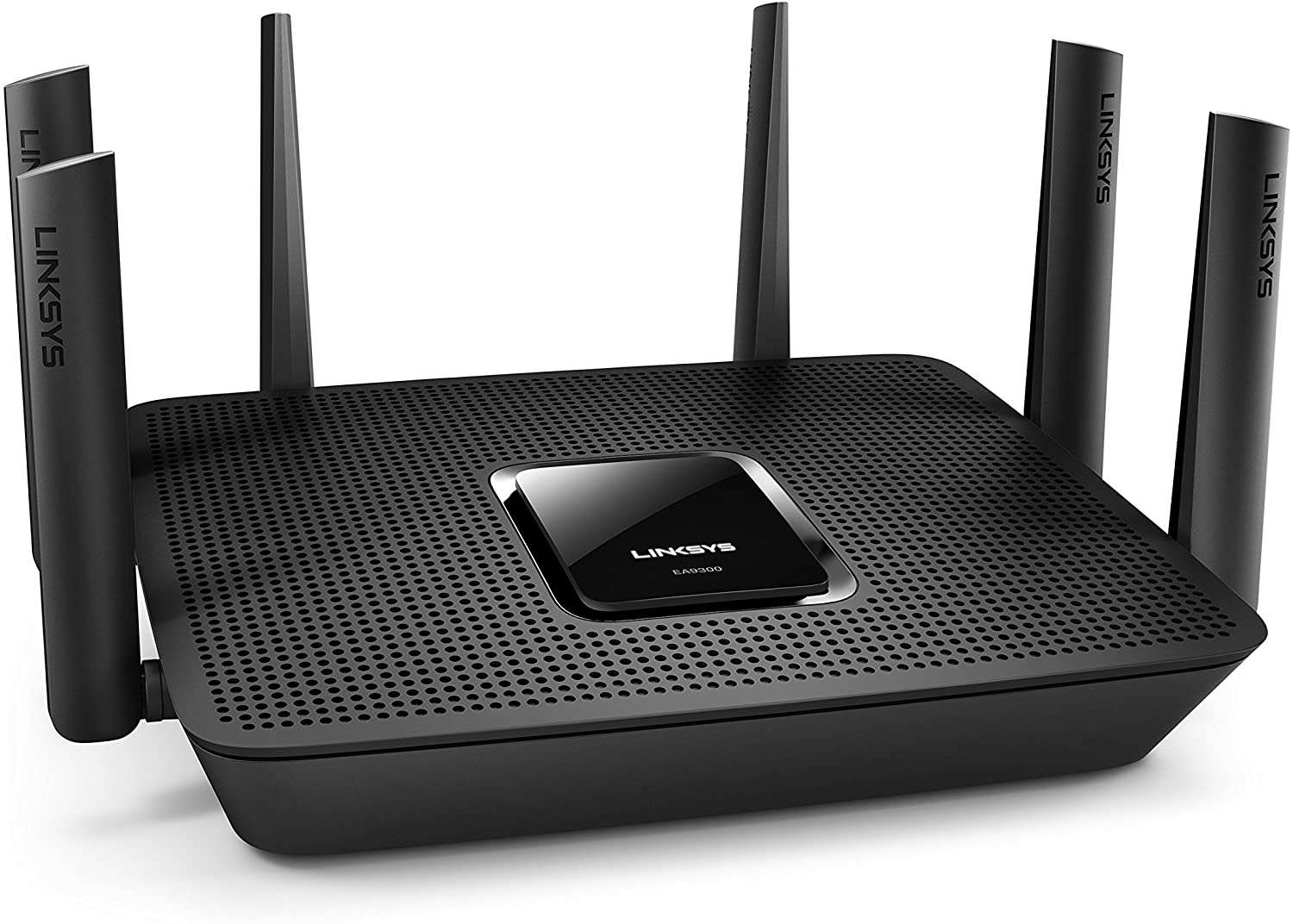 If you're looking to get the best bang for your buck, you'll want to check out the Linksys EA9300, which offers power to spare at a very reasonable price. Boosted by a bevy of high-performing hardware, the AC4000 adds six tri-band antennas that deliver a powerful signal across a large-sized home. Beamforming technology adds nine high-power amplifiers for maximizing and extending signal strength across both the 2.4 GHz and 5 GHz bands, and the internal 1.8 Ghz quad-core CPU helps dial up the router's total performance to sustain a maximum overall speed of 4 Gbps, even if you have a large number of devices on your network.

Automatic firmware updates also help to keep the router running the latest features, while Amazon Alexa integration makes the EA9300 ideal for managing smart home hardware through a variety of voice commands. Beamforming technology helps keep each device attached to a strong signal and managing the Wi-Fi connection from the Linksys app has never been easier. 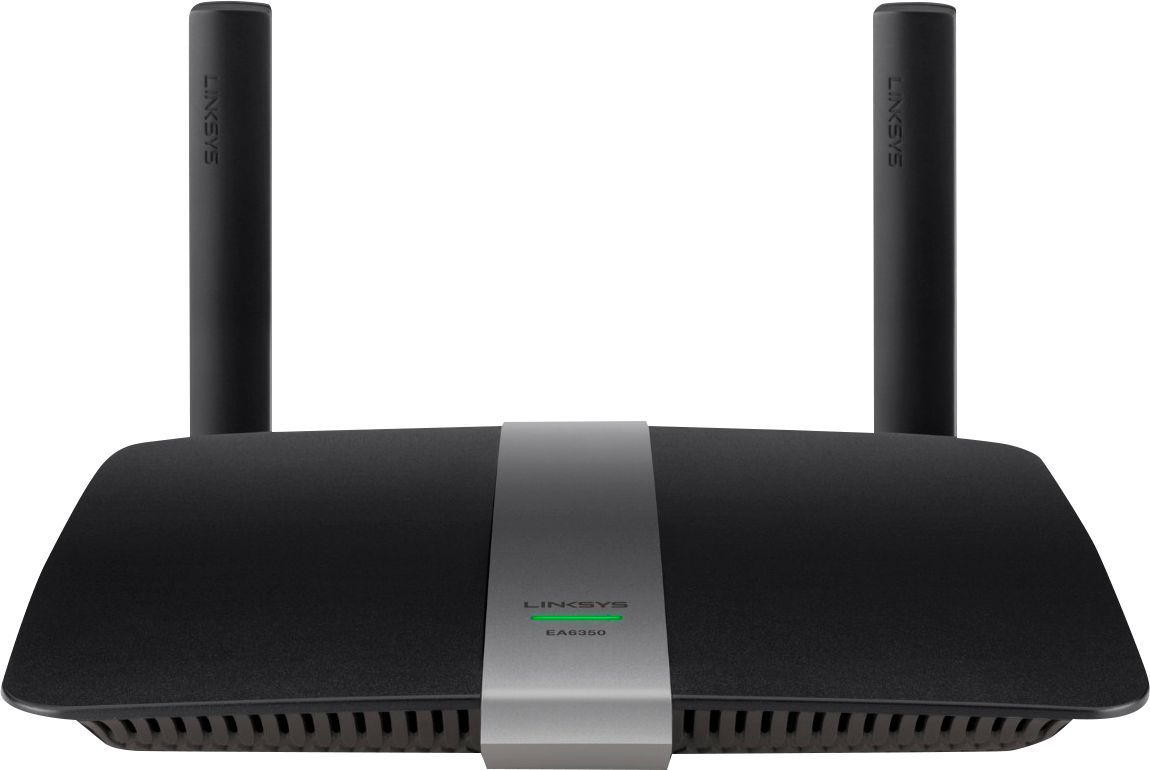 If your needs are fairly simple and you don't want to spend a lot of money, spring for the Linksys EA6350. Working off 802.11n the EA6350 can get a max speed of 300 Mbps on its 2.4GHz band, but that goes up to 867 Mbps when using the 5 GHz band with an 802.11ac connection, and there are also four Gigabit Ethernet ports so you can hardwire in when you need maximum speeds.

Streaming videos, online gaming, and web surfing are handled with aplomb by the EA6350. Adjustable (but non-removable) antennas mean you can direct signal strength to any area of a home and beamforming technology identifies online devices and sends extra signal strength for faster overall network performance and increased range. 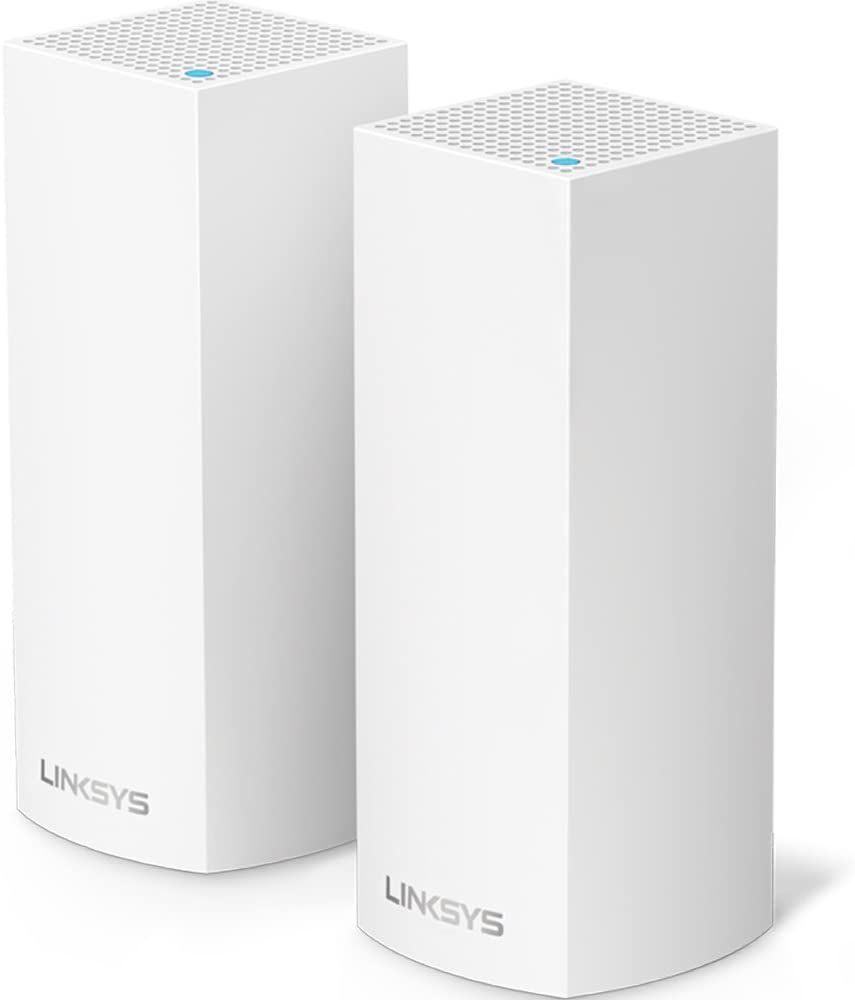 For the ultimate in signal strength and range, look to the Linksys WHW0302 Velop Tri-band Mesh Wi-Fi system, which can cover 4,000 square feet of space. The rise in popularity of mesh routers has increased the expectation that Wi-Fi can easily reach around corners or through walls and the Velop does exactly that with performance to spare. The tri-band Wi-Fi system works with both the 2.4 GHz and 5 Ghz bands to make 4K video streaming, online gaming, and video chatting stress-free.

It's compatible with Amazon's Alexa suite of products, so you can use voice commands to turn on guest Wi-Fi or turn off the router entirely, and is also expected to soon add support for Apple's HomeKit ecosystem. The downloadable Linksys smartphone app adds all-new controls, including monitoring signal strength, establishing parental controls and setting up a guest network. 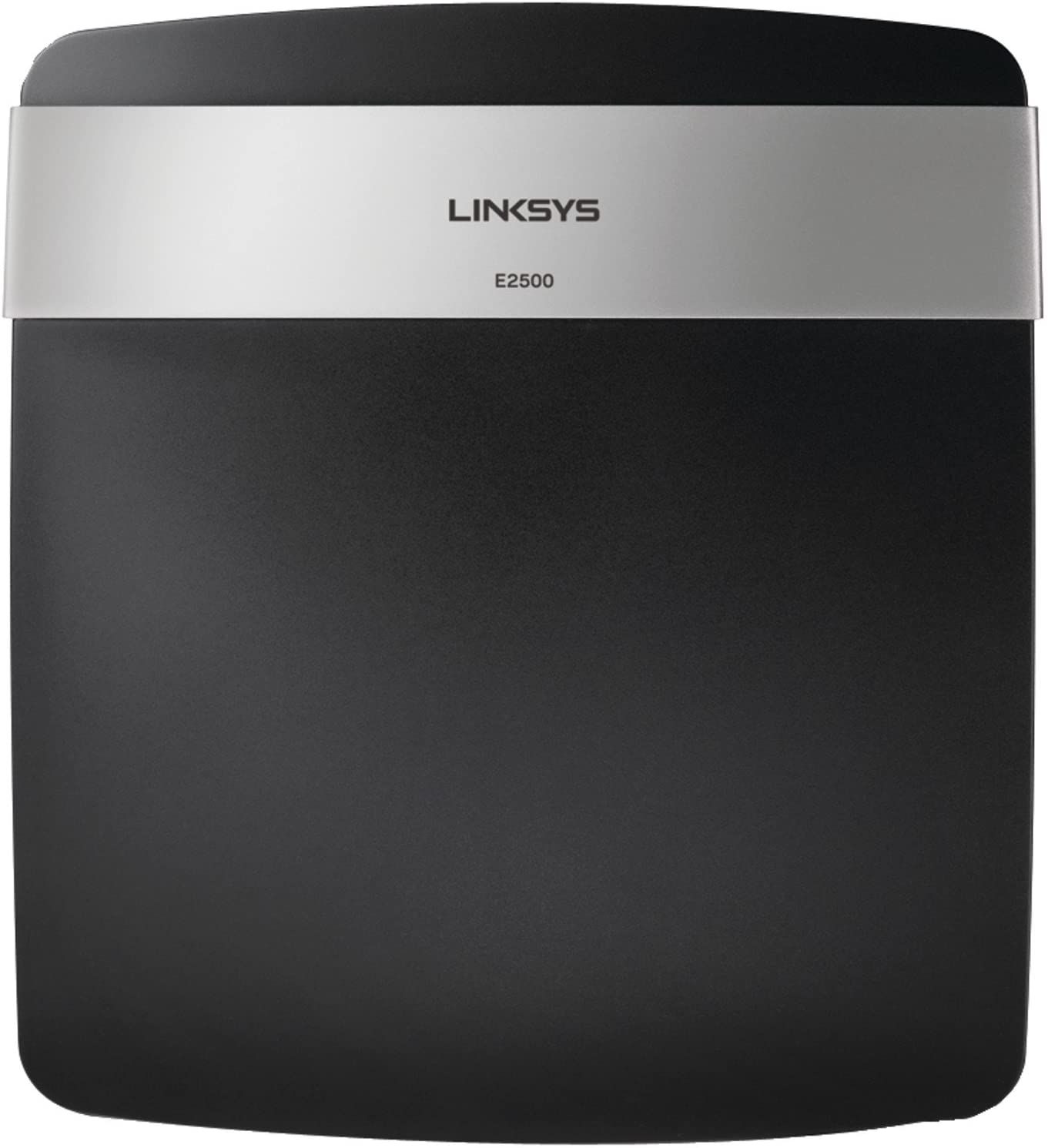 If your networking needs are simple and you want something cheap and cheerful, it's hard to find a more affordable router than Linksys' E2500. Although it's a dual-band router that supports both 2.4 GHz and 5 GHz frequencies, it only supports the older 802.11n standard, but the higher frequency can still help to keep your smartphones and computers off the more congested 2.4 GHz frequency range, and it still provides a maximum throughput of 600 Mbps — 300 Mbps on each band.

Linksys bundles a Cisco Connect software CD to help you get the router set up quickly, but you can actually just skip the CD set up entirely and go for the more traditional web interface, which is especially great if you want to tweak some of the more advanced settings.

The minimalist design packs the antennas inside so you won't get the kind of range you need for larger homes, but it's still a great little router for smaller homes, apartments, condos, or even to set up at the cottage. It also provides a really affordable way to add an extra Wi-Fi access point in another area of your home, provide you're willing to run an Ethernet cable to it, or use a Powerline adapter. 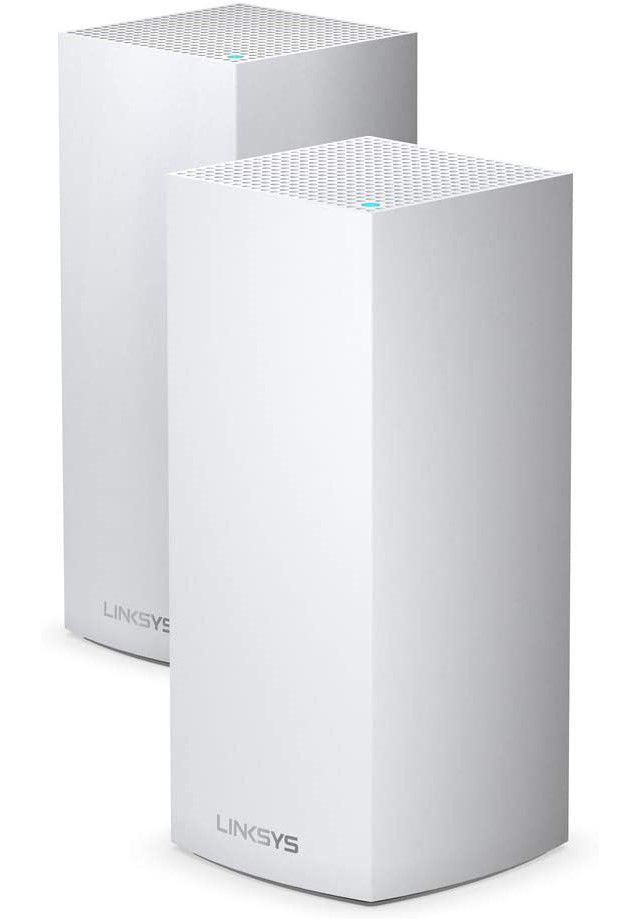 If you have the money to spend and want to invest in a WI-Fi system for the future, Linksys' MX 10 Velop is the most advanced and bleeding-edge router that the company makes right now, combining mesh networking technology with the newest Wi-Fi standards. The MX10 is built upon Linksys' popular Velop mesh Wi-Fi platform, mixing in support for the 802.11ax Wi-Fi 6 protocol, not only offering speeds of up to 5.3 Gbps, but also offering much better performance on congested networks, and better battery life on modern smartphones.

As a mesh router, the MX10 Velop also offers some of the best coverage you'll find for larger homes, with over 6,000 square feet of coverage, depending on your placement of the two units. Since it's a modular system, however, you can easily add more Velop units, expanding your coverage by an additional 3,000 square feet with each one, and there's enough bandwidth here to handle over 100 Wi-Fi devices, so it can handle all of your Internet-of-Things smart home devices, and there are four Gigabit Ethernet ports and an ultra-fast USB 3.0 port for shared storage devices too.

Although Wi-Fi 6 is still relatively new right now, and chances are you don't have a lot of devices that support it yet, if you're going to spend a fair bit of money on a new router right now, it's worth staying ahead of the curve and investing in the technology that's coming.

What to Look for in a Linksys Router

As wireless standards change fairly frequently, a router more than a few years old is likely out of date. Even if your devices aren’t yet using 802.11ac standards, we recommend a router that supports it as a means of future-proofing, and if you want to go the very leading edge, you may even want to consider an 802.11ax Wi-Fi 6 router.

In a large home, a single-band router probably won’t cut it. A dual-band device, with a 2.4 GHz and 5 GHz band, provides a faster signal and prevents overcrowding. If you want to take it up a notch, look for a tri-band router, which adds an additional 5 GHz band for even faster speeds and less congestion.

The ability of your router to deliver a strong signal to all corners of your home is important, but its positioning will likely make just as much of an impact. Higher-end routers will offer up better range, but a Wi-Fi extender can also work wonders if dead spots are an issue.