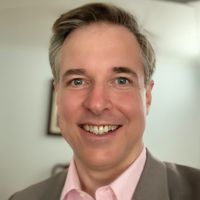 Once upon a time, choosing the best iPhone to buy was easy—Apple only released one new model per year, making that one an obvious pick. Today, however, not only has Apple split the lineup into three great devices across two different tiers, but continues to keep its older models in the lineup as a way into the iOS ecosystem for those who may not need all of the latest bells and whistles and want to save a few bucks.

So with iPhones offering more and more amazing features, and so many in the lineup, it can be hard to decide which one is best for you, but the differences aren't actually as pronounced as you may think, and choosing the best iPhone is ultimately a matter of deciding what's going to work for your needs and not being either wooed or confused by the spec sheets.

4.5
Buy on Best Buy Buy on Apple Buy on Boostmobile.com
What We Like
What We Don't Like

It’s easy to get caught up in crazy spec sheets with huge lists of cool features, but we think that the best smartphones are those that strike the perfect balance of delivering the features that most users actually need at an affordable price tag, and that means that for the majority of users, Apple’s iPhone 11 is the one to buy, with all of the important features of the more expensive Pro models at a considerably more affordable price and a 6.1-inch screen size that sits right in the middle. The ultra-fast A13 Bionic CPU is identical, as are the 12MP TrueDepth front camera and the two f/1.8 wide-angle and f/2.4 ultra-wide-angle cameras on the rear. Further, thanks to the “Neural Engine” in the A13 chip, you also get all of the cool photography features that are found on the more expensive Pro, including Smart HDR, Night Mode, and Apple’s new Deep Fusion feature.

In fact, compared to the iPhone 11 Pro all you’re missing is the third telephoto camera and the much nicer OLED display, but you’ll have to decide for yourself if these are worth the premium price, especially when Apple has done such a great job with its Liquid Retina display technology, which offers a 1792x828 resolution with a 326 poi pixel density, a 1400:1 contrast ratio and a 625-nit brightness. It’s nowhere near OLED, but it’s about as good an LCD panel can get, and it still includes features like Apple True Tone tech to match your display’s colours to the surrounding light for unsurpassed colour accuracy. It also offers some of the best battery life ever seen on an iPhone, with up to 17 hours of video watching, or up to 65 hours listening to audio.

"An affordable iPhone that does not skimp on power, performance, and battery life." — Lance Ulanoff, Editor-in-Chief

4.5
Buy on Walmart Buy on Best Buy Buy on Apple
What We Like
What We Don't Like

While we think the base iPhone 11 is great for most people, if you plan to do any real serious photography with your iPhone, you’ll want to spring for the iPhone 11 Pro with its extra 2X telephoto camera and gorgeous OLED screen. The camera system, which features three 12MP shooters—a 26mm wide-angle f/1.8, a 13mm ultra-wide f/2.4, and a telephoto f/2.0—is greater than the sum of its parts thanks to Apple’s A13 Bionic Neural Engine that powers features like Night Mode and Deep Fusion to take pictures in lower light conditions that are so detailed and natural that you’ll swear you were in a well-lit room.

In addition, the Super Retina XDR OLED offers a 2,000,000:1 contrast ratio and 1,200 nits of brightness, along with True Tone so you’ll be able to see your photos the way they’re supposed to look. The cameras can also do 4K/60fps video recording with extended dynamic range and a smooth optical zoom that seamlessly transitions between all three lenses without missing a beat, and Dolby Vision and HDR10 support ensures that both your own videos and your streaming movies look great on the screen. It also gets four more hours of battery life compared to the prior model, so you’ll be able to keep shooting for even longer.

"Apple may have sacrificed some sex appeal for more and better cameras, but the trade-off is worth it." — Lance Ulanoff, Editor-in-Chief

If you’ve got the money to spend, the iPhone 11 Pro Max is the ultimate flagship iPhone. Although under the hood it’s the same as its smaller Pro sibling, taking Apple’s gorgeous Super Retina XDR display up to a 6.5-inch panel makes a huge difference, and the sleek stainless steel and glass design is even more pronounced, and it’s also available for the first time in a cool Midnight Green colour.

Like the display in the iPhone 11 Pro, this one offers a stunning 2,000,000:1 contrast ratio, up to 1,200 nits of brightness, and a 2688 x 1242-pixel resolution at a triple-density of 458 ppi. There’s also Apple’s True Tone display with a P3 wide colour gamut, which means you’re getting unsurpassed colour accuracy for your photos and videos regardless of the surrounding lighting conditions. Plus, the screen is big enough to let you easily watch feature films on the go, and Dolby Vision and HDR10 makes sure they look great.

The new triple-lens camera system, which adds a 0.5x ultra-wide-angle and a 2X telephoto lens to join the standard f/1.8 26mm shooter, is backed up by Apple’s new A13 Bionic, the most powerful CPU ever put in a smartphone, with a Neural Engine to power some pretty cool advanced photography features like a new Night Mode that can take impressive natural-looking photos in extremely low-light conditions, and the iPhone 11 Pro Max also boasts amazing battery life, lasting an incredible five hours more than its predecessor.

Apple's newest iPhone SE could very well be one of the best budget phones you can buy among any smartphone at all. Thanks to its inclusion of the exact same leading-edge A13 Bionic chip, Apple has packed in all of the performance of the considerably pricier iPhone 11 models into the classic iPhone form factor. This means that you could spend more than twice as much on an iPhone 11 Pro Max and it wouldn't perform any better than the diminutive iPhone SE.

That said, Apple has had to cut a few corners here in other areas, but they're all reasonable compromises at this price. For one, you won't find the modern Face ID feature here from Apple's newer iPhones, instead the iPhone SE still relies on the older Touch ID method, and of course sports a home button in place of the newer gesture-based user interface. Still, for some that's going to be a plus rather than a minus.

You also only get a single-lens camera system, but thanks to improved sensors and the A13 chip, the iPhone SE supports the same advanced Portrait Mode and Portrait Lightning photography features as its more expensive siblings, although like the single-lens iPhone XR, you'll be limited to using them with people, rather than pets and inanimate objects.

“The Apple iPhone SE is the best, affordable iPhone on the market. It’s a canny piece of rebranding for an aging design that reinvigorates it through silicon and ultra-smart programming.”— Lance Ulanoff, Editor-in-Chief

While it’s not the sexiest iPhone that Apple’s ever made, there’s little doubt that it offers great value for its price tag. For years, Apple released second-tier iPhones that were considerably less impressive than its main lineup, but the iPhone XR changed all this, with the same specs as the premium models at a much more affordable price tag, and it’s become such a hit that Apple has continued selling it ever after the iPhone 11 arrived as its successor.

The iPhone XR includes Apple’s powerful A12 Bionic CPU that offers performance that still rivals many desktop computers, plus a front TrueDepth camera for Face ID facial recognition and advanced depth mapping features, and a 12MP wide-angle camera with an f/1.8 aperture and optical image stabilization. While you’re only getting an LCD screen, Apple has pulled off a pretty advanced design with its Liquid Retina display technology, getting about as edge-to-edge as an LCD can, and still offering a 1792 x 828 resolution with a 326 ppi pixel density and a 1400:1 contrast ratio. It’s the same screen that’s still used in the newer iPhone 11, featuring the best colour accuracy you’ll find on any smartphone, thanks to the wide colour gamut and True Tone display technology, the latter of which adjusts the screen’s colour temperature to the lighting of whatever room you’re in so that what you see on the screen looks natural whether it’s a sunny day at the beach or a late night on the town.

Apple's iPhone 11 is undoubtedly the best iPhone for most people right now, but those who are more serious about photography or want to splurge more for a better display definitely won't be disappointed by the iPhone 11 Pro models, while the iPhone SE offers amazing performance for an iPhone in its price range, and in a more traditional design too.

Jesse Hollington is a tech journalist with over 10 years of experience writing about technology, with an especially strong expertise in all things iPhone and Apple. Jesse previously served as Editor-in-Chief for iLounge, authored books on the iPod and iTunes, and has published product reviews, editorials, and how-to articles on Forbes, Yahoo, The Independent, and iDropNews.

Lance Ulanoff is a 30-plus year industry veteran and award-winning journalist who has covered technology since PCs were the size of suitcases and “on line” meant “waiting.” Previously, Lance served as a columnist for Medium, Editor-in-Chief of Mashable, and Editor-in-Chief of PCMag.com.

What to Look for in an iPhone

Cameras: These days smartphones are about taking great pictures as much as anything else, so if you’re an avid mobile photographer, you’ll definitely want to focus on one of the newer models—a triple-lens one with OLED if you can afford it. Not only do these offer better lenses and advanced computational photography features to make your photos look great, but higher-resolution screens ensure that the results look the way they’re supposed to.

Size: Apple now offers its iPhones in three basic sizes, offering choices from smaller iPhones that fit easily in your pocket to big “phablet” sized iPhones with nice big screens for watching videos or just having a larger canvas to work on. Just keep in mind too that whatever size you do pick, you’ll probably want to add a case, as Apple’s all-glass iPhones are fragile and even a bit slippery.

Storage: There are several storage tiers available for each iPhone, although Apple limits the largest capacities to the top-tier models, which means that they come in at even more of a premium. That said, however, right now 128GB is more than enough for most users, especially if you’re willing to use iCloud or Google Photos to keep your photos and videos in the cloud.