Since the release of the 30-series of Nvidia's graphics cards, GPUs have quickly transformed into one of the hottest commodities of this year. In our professional opinion, building a new gaming PC right now is not a good idea. If you absolutely can't wait or your money happens to be burning a hole in your pocket we'd recommend going through a pre-built PC manufacturer like Ibuypower or Alienware.

Just about any GPU released this year that hasn't been immediately gobbled up by tech enthusiasts has been bought up by scalpers to be resold at ridiculous prices. It was thought the release of AMD's 6000 series GPUs would do something to alleviate the issue, and while it hasn't necessarily made matters worse, neither line of cards has remained available for more than a few hours through online retailers.

While it might be tempting to just buy an RTX 3090 and call it a day, there are some factors to consider before simply throwing your money at the problem. Do you have enough spare wattage in your PSU to handle a new graphics card? Some models like the Nvidia RTX 3080 demand upwards of 300 watts and recommend using a 750W power supply. Also, if your CPU is is a few generations old at this point, you may want to spend some of your budget on a better processor, otherwise, you risk bottlenecking your GPU, limiting its overall potential.

While any of Nvidia's 30-series cards would be ideal, we would recommend any model of the RTX 2080 Super to fill the slot in your high-end gaming rig for the time being until the 30-series becomes more widely available, as finding one for love or money has been next to impossible since launch. 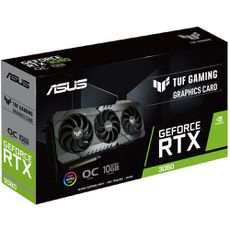 When the 30-series of cards was announced in September, Nvidia boasted some pretty remarkable specifications and while there was some skepticism as to whether these GPUs could live up to those claims, particularly the RTX 3080 with its reported superiority to the 2080 Ti, multiple benchmarks have proven them to be true. The RTX 3080 is a powerhouse of a graphics card that bests the 2080 Ti in virtually every category at about half the price.

This card may have less VRAM, but the new GDDR6X and Ampere architecture allow the 3080 to do more with less. The 3080 outperforms the 2080 Ti in both 1440p and 4K rendering while running cooler under load. Perhaps more importantly, the MSRP for the 3080 makes this level of performance much more attainable. While we still aren't sure how AMD's big Navi GPU will shake up the game, currently the RTX 3080 is the card to beat. 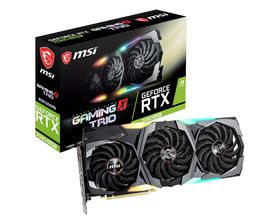 The Nvidia RTX 2080 Super might lag a bit in video RAM compared to the other models, but its GGDR6 VRAM is faster. The card builds on the Turing architecture, making leaps in cooling solutions and number of cores. The card has removed the DVI port, which gives more room for a high airflow thermal solution to complement the cooling system, topping off at 75 degrees Celsius.

The card has a base clock of 1,605MHz and boosts to 1,770MHz. This card makes 4K gaming at 60fps a reality. While some users report a slight drop in framerate on systems and setups, optimized games can be played in UHD at extremely high framerates. This impressive technology has high overclocking potential, is already more affordable than other top-end cards, and will only continue to drop in price once demand meets supply.

Want a Good Gaming PC for Under $800? Why Not Build Your Own 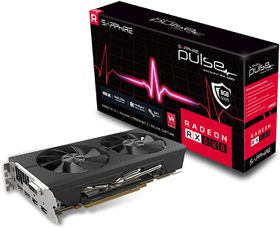 This is AMD’s lesser equivalent of Nvidia’s popular GTX 1660. It’s small, affordable and a beast at handling 1080p. While 4K gaming is not quite perfect, the 60 fps 1080p and high framerates on 1440p are great for most new games. Even then, 4K optimized games such as Doom look beautiful and can be played at 35 to 40 fps.

The card is also built with overclocking in mind, with Armor 2X thermal cooling using torx fan technology and advanced airflow. While this architecture will push your games and VR experience to the limit, Frozr technology stops the fans in low-load situations, so that you can enjoy total silence when browsing. It has 8GB RAM and a memory speed of 1,469 MHz. 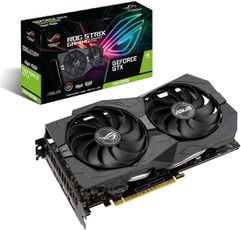 Following the release of their 20-series of GPUs, Nvidia went sideways instead of up with its development. While everyone was spellbound by the possibilities of ray-tracing, Nvidia quietly slipped their 16-series of GPUs into the mix. The 1660 Super is our pick of the litter with its diminutive size, sensible price, and solid performance. This smaller than average card offers exceptional 1080p performance and its size allows it to fit easily into even the most compact PC.

Another solid entry from team red, the 5600XT sits on the fence between low and mid-tier performance. Offering superior performance to Nvidia's vanilla 2060, but at a slightly lower price point, this makes the 5600XT an excellent option for mid-range gaming PCs. By the numbers, the 5600XT features 6GB of DDR6 VRAM, and a maximum boost clock speed of up to 1560 MHz.

While it may not have the specs necessary to push serious performance at 1440p, its more than capable of amazing performance at 1080p, definitely something to consider if you're planning on investing in one of the best gaming monitors with a super-high refresh rate.

If you're looking for high-end 4K or 1440p performance from your gaming PC, the Nvidia RTX 3080 is a graphics card that makes that all possible at a reasonable price. However, if you need something a little more affordable, or you're just looking for something for 1080p gaming, the Nvidia 1660 Super is definitely the more sensible option.

About our Trusted Experts:

Alice Newcome-Beill has penned PC component buying guides for Lifewire as well as PC Gamer, and personally runs an MSI Nvidia 2080Ti in her own gaming rig.


Taylor Clemons has been writing about games for more than three years and is an avid gamer and expert on PC components, hardware, and operating systems.


Andrew Hayward has been covering gadgets, gaming, esports, and more since 2006, and deftly switches between Windows and Mac setups just to keep things interesting.

What to Look for in the Best Graphics Cards

Memory - How much memory or VRAM your GPU can be a huge determinant of performance. Sure, you might be able to get away with as little as 2GB RAM for less-intensive games or graphic design/video editing tasks, but the more RAM the more you’ll be able to handle without the performance getting bogged down.

Clock speed - The clock speed is how fast your GPU can send or retrieve information, as opposed to the memory, which is how much of that info it can store. Some PC gamers choose to overclock their GPUs and push them to the bleeding edge, so this number is arguably most meaningful for those folks.

Size - Some GPUs are pretty slim and compact, but it’s no surprise that the most powerful graphics cards are honkin’ beasts. For example, the GeForce RTX 2080 Ti may require up to 340mm of clearance in your case, and you’ll want to make sure you can accommodate that. Check the website of your PC or case manufacturer to be sure.