Don't head out on your adventure without them

David Dean
David Dean
Writer
David Dean is a writer who specializes in consumer and travel tech. He has been published in The New York Times, Chicago Tribune, and other publications.
lifewire's editorial guidelines
Camera & Video

GoPro's cameras are some of the best ways to capture video on the move, but without some of the best GoPro accessories it's hard to get the most out of your purchase. From mounts for specialized use cases (like surfing) to accessories with universal appeal that every GoPro owner should invest in (like grips and chargers), we've sorted through a growing field of options and picked out the ones that will genuinely improve your filming experience and, in many cases, produce better quality video.

For a look at some great camera options regardless of brand, our best action camera roundup collects some of the hottest current models, or read on for our picks of the best GoPro accessories. 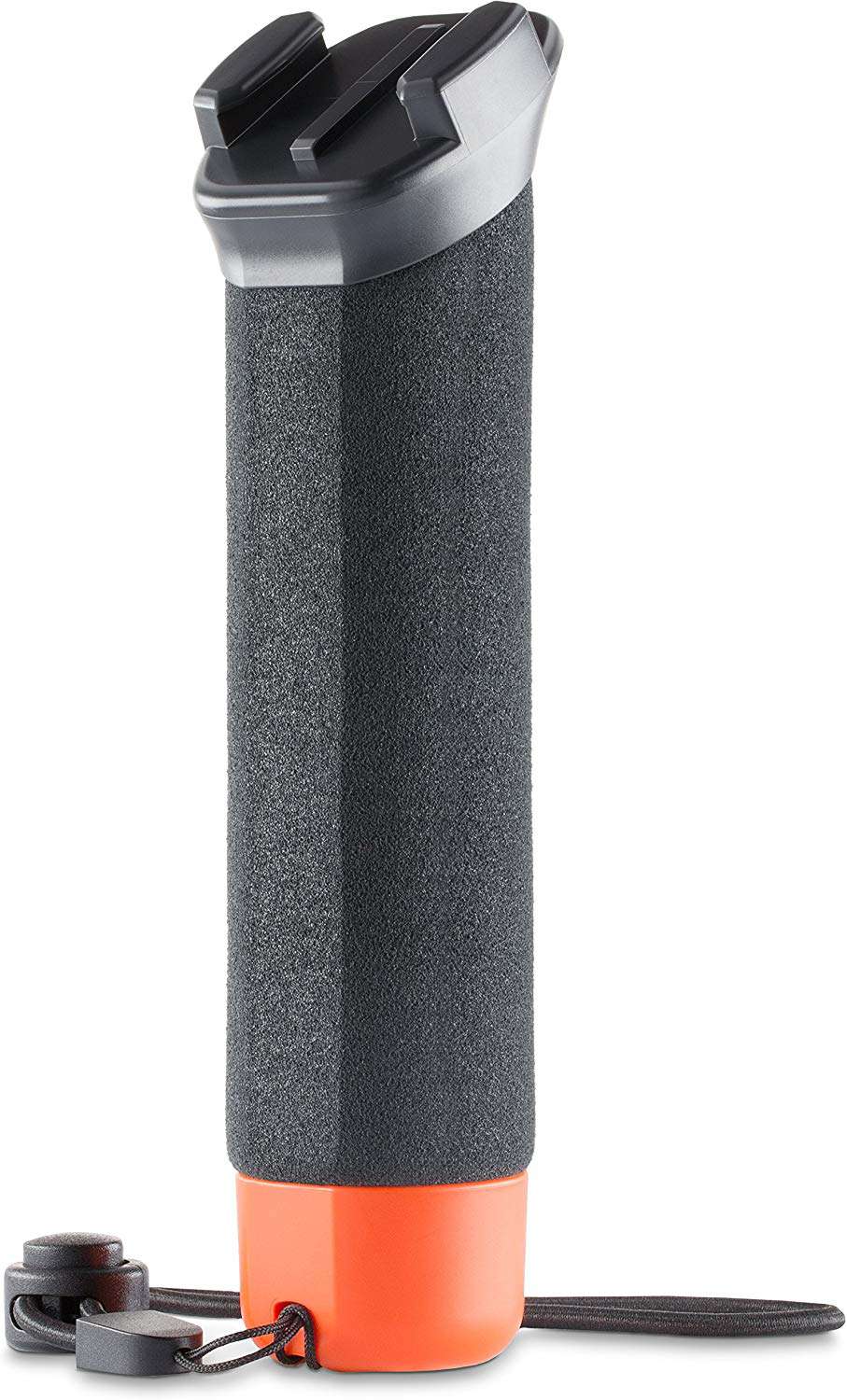 If you’d like to take steadier shots, and also reduce the risk of losing your camera forever when you let go of it near water, look no further than GoPro’s "The Handler" floating hand grip.

Having any kind of grip makes for noticeably smoother video than trying to shoot handheld, but this one comes into its own when you’re near — or in — the ocean.

A non-slip foam handle helps keep the grip in your hand even when wet, but if you do happen to drop it, positive buoyancy ensures it’ll pop back up to the surface rather than disappearing into the depths. The bright orange cap on the bottom makes it easy to see, even in murky or rough water.

There’s also a strong, dependable wrist strap for extra security. Whether you’re snorkeling, wakeboarding or just heading out for a day on the water, it’s worth taking The Handler with you. It works to a depth of 33 feet​ and is compatible with all GoPro models. 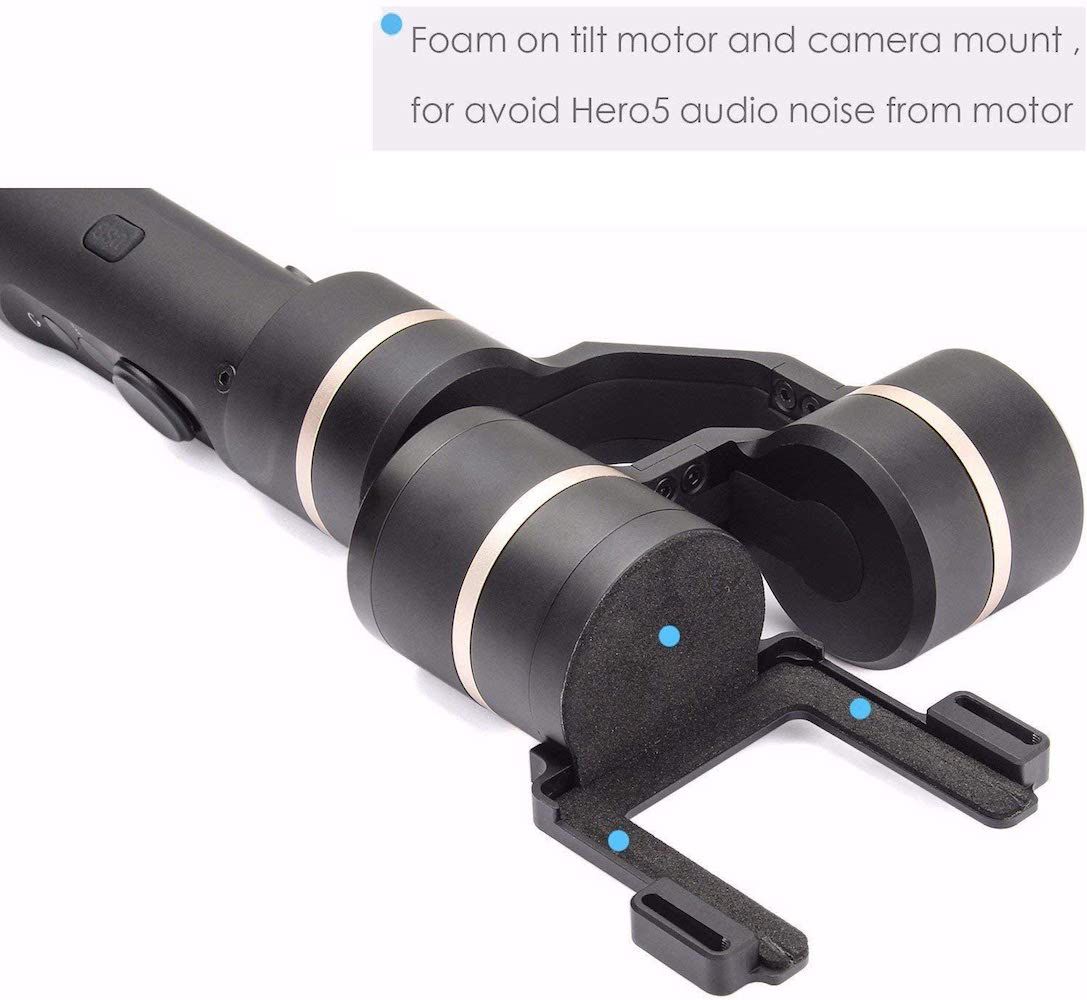 Ever wondered how the professionals get those silky-smooth shots as they follow along behind a skateboard or pan slowly across the horizon? The answer is a gimbal, a fancy motorized gyroscope that automatically stabilizes the inevitable movement you get with any video camera. If you’d like to bring that kind of quality to your own GoPro videos, the Feiyu G5 V2 handheld gimbal does the trick.

Competitively priced and built with a rugged metal design, as well as water-resistance, the Feiyu G5 V2 is a solid piece of equipment that lasts up to eight hours on a single charge. It can hold most versions of either the Hero or Session GoPro cameras, and turns even the jerkiest of footage into something far more watchable. In a nice touch, you can even charge your camera directly from the gimbal’s own battery if needed.

A four-way joystick on the handle lets you control the gimbal’s movement, while the function button alongside controls almost everything else. There’s also a self-timer button, for those all-important selfies.

The companion smartphone app acts as a remote control and adjusts the panning speed. The gimbal ships with a tripod, along with a neoprene case to protect it while not in use. 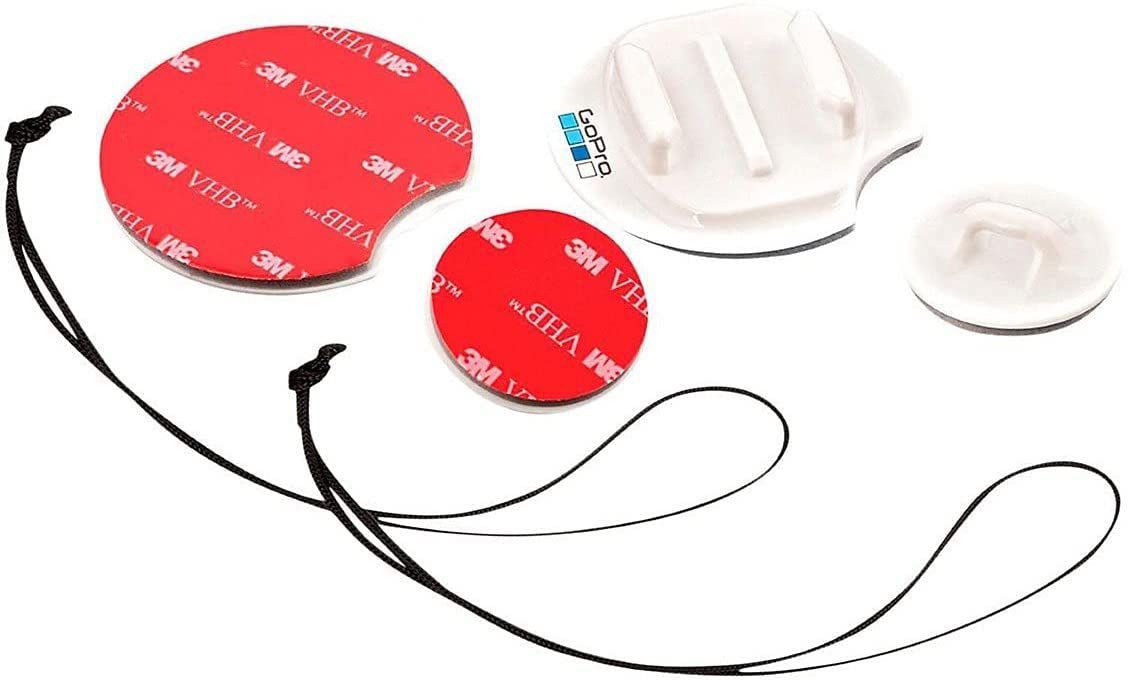 With their wide-angle lenses and water-resistance, GoPros are ideal for capturing that time you caught the perfect wave. All you need is one of the company’s surfboard mounts, which attaches either via a large adhesive pad, or the included plug for a FCS center fin socket.

The adhesive is seriously strong, which it needs to be​ since you’re relying on this mount to stop your expensive camera from disappearing into the ocean in big surf. Fortunately, a secondary tether is included along with the mount for extra peace of mind.

While the company markets this at surfers, the mount is equally useful for shooting video from kayaks, stand-up paddleboards or even the deck of a boat. As long as you’re mounting it on a clean, flat, hard surface, you’re good to go. It’s compatible with all GoPro camera models. 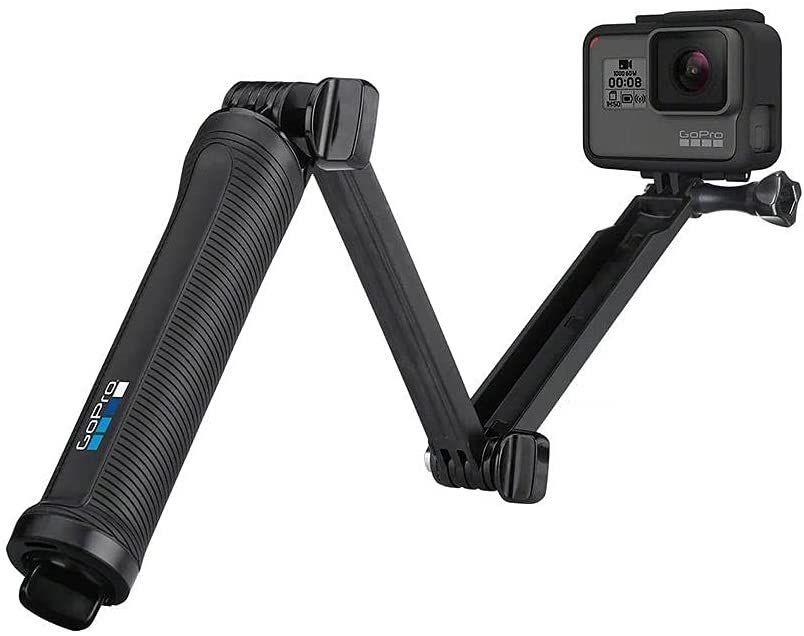 It’s unusual to find a good multi-purpose camera accessory, but GoPro’s 3-Way grip, extension arm and tripod is one of those rare exceptions.

In its standard configuration, it’s a multi-jointed extension and the extra flexibility and length giving more options for interesting shots. The handle can also be removed from the rest of the extension, letting you use it as a short grip to add stability to handheld shots.

Finally, inside the handle sits a small removable tripod, ideal for time lapses and low-light shooting. You can either use it by itself or attached to the handle to give the camera extra height.

It’s water-resistant, so it can be used in the ocean as long as you remember to rinse it thoroughly in fresh water afterward. There’s even an attachment point for a lanyard at the bottom, so it won’t sink into the depths if you drop it. 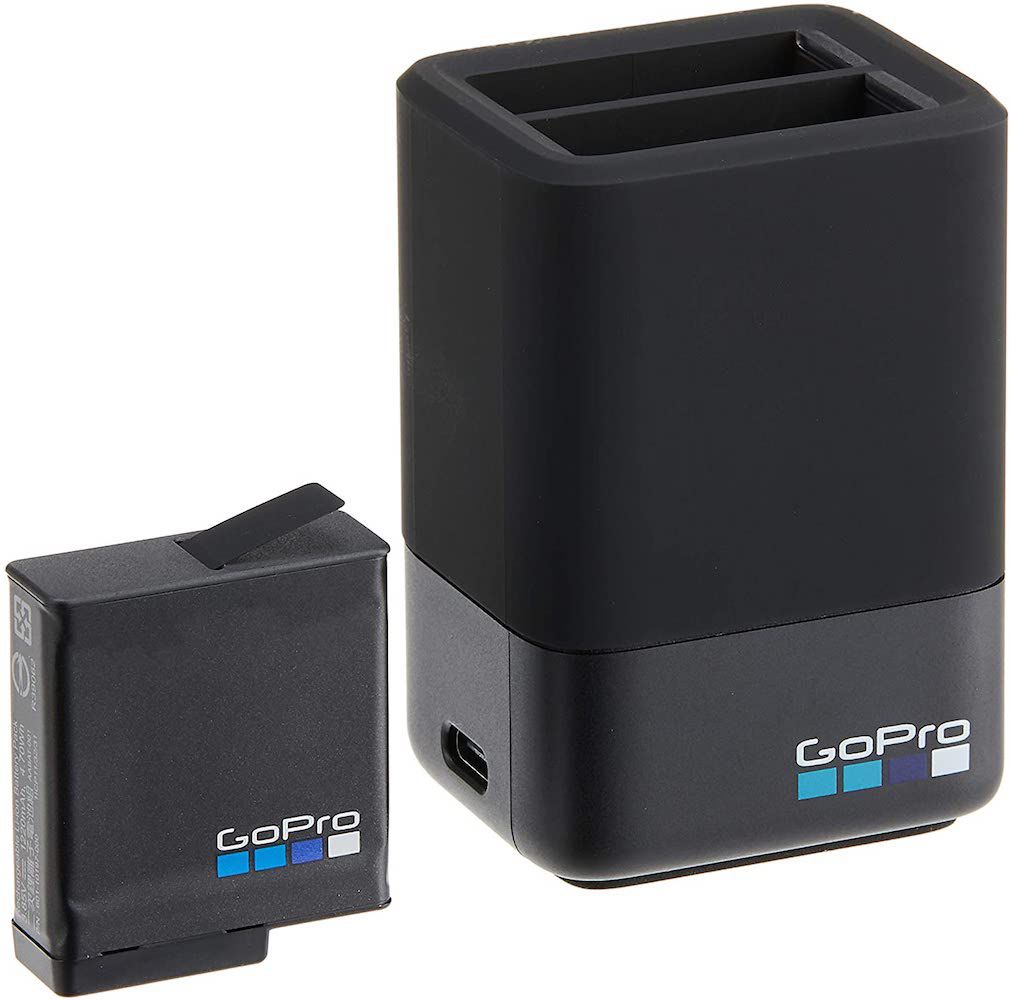 GoPro cameras have many strengths, but battery life isn’t one of them. The downside of such small devices is a lack of space for the battery, and when shooting video, you’ll rarely get two hours before needing to find a charger.

This official charger ships with one or two extra batteries, and can power them both up at the same time. When plugged into a standard USB socket on a laptop or portable battery, you can expect to charge two batteries back to full capacity in about three hours.

If that seems too long, you’ll get faster-charging speeds (under 90 minutes) if you connect it to the company’s higher-powered SuperCharger that plugs into a wall outlet.

It could do with a longer cable, but other than that, there’s little to complain about. The GoPro dual battery charger is compatible with all original and third-party batteries for the GoPro Hero 5 and 6 Black models, as well as the Hero 2018. 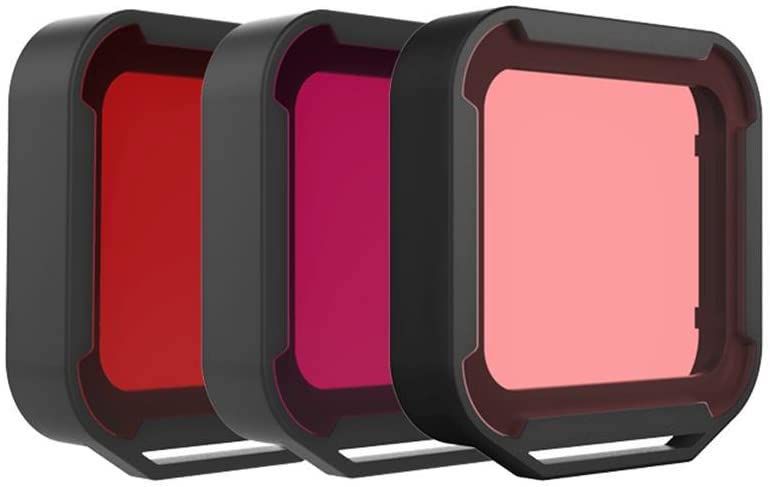 As most divers know, colors look quite different below the surface. Red light starts getting absorbed by as little as ten feet of water, and the deeper you go, the less vibrant everything looks as a result. It affects camera lenses just as much as the human eye, which means you need to use a filter to avoid discolored photos and video.

PolarPro’s Aqua filters are designed specifically for the official SuperSuit housing for Hero 5 and 6 models. Pressing into place over the front of the housing, the filter can be swapped in and out in a matter of seconds.

The pack includes a red filter for diving in tropical and blue waters, a magenta filter to compensate for water with a greenish tinge, as well as a snorkeling-specific version for taking shots at shallower depths (2 to 20 feet). 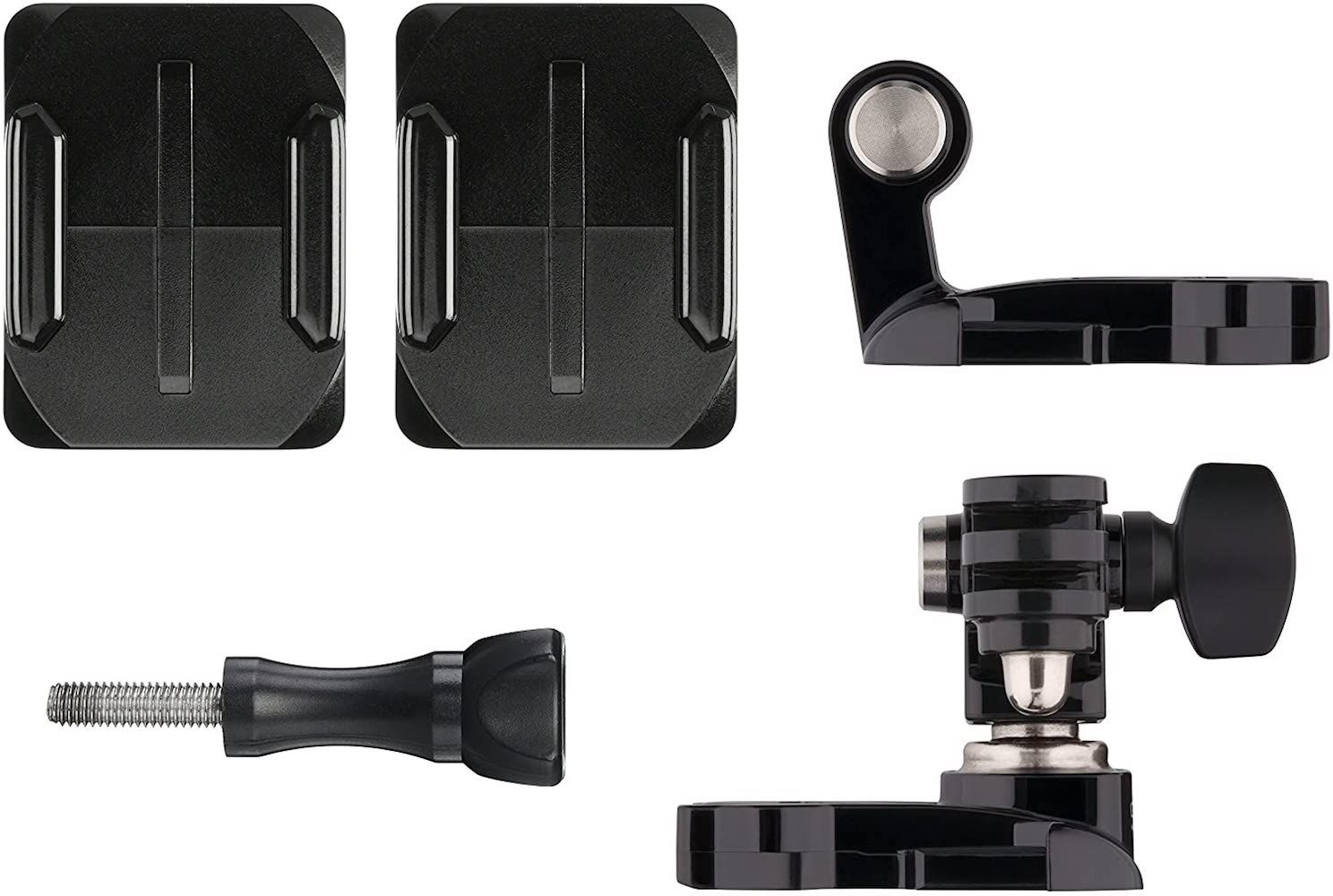 If you’ve spent any time watching GoPro videos, you’ll undoubtedly have come across those high-speed, first-person shots from mountain bikers and skiers. If you’d like to try to replicate them, pick up one of GoPro’s helmet mounts, strap it on and head out for a day flying down the mountain.

Two mounting pads are included in the pack​ and can be attached pretty much anywhere you like on your helmet. Regardless of where you stick them, the strong adhesive keeps everything locked solidly in place through all the jumps and bumps. The swivel mount can be adjusted and rotated to almost any filming angle, even with the camera attached.

Using the standard GoPro mounting buckle, attaching and removing the camera only takes a few seconds. Compatible with all GoPro models, this helmet mount is an inexpensive and versatile way of getting great action footage. 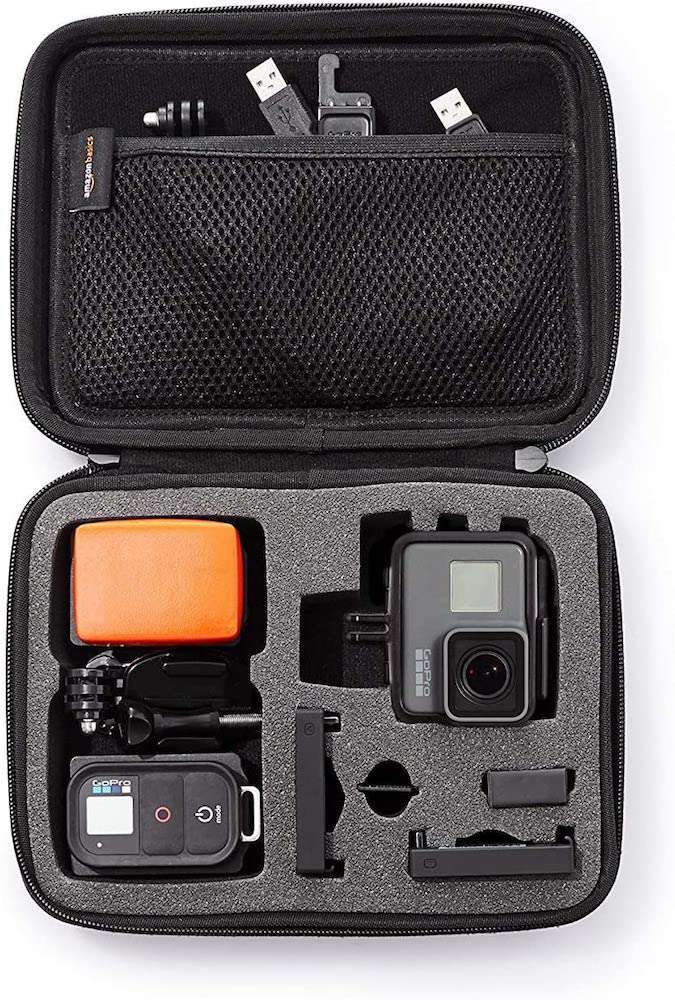 Once you’ve bought all your extras, it’s a good idea to pick up a carrying case to carry them along on your adventures. There’s no need to spend a fortune on one, though. The AmazonBasics carry case comes in three sizes, with the "small" being appropriate for most people.

In that size, the case has dedicated cut-outs in its EVA foam for a single GoPro camera (any model), plus things such as memory cards, spare batteries and the like. There’s also a larger section for mounts and housings, as well as a mesh compartment in the lid to store cables and other small accessories.

Measuring a compact 9 x 7 x 2.5 inches, the case slides easily into a day bag or carry-on and makes for a low-cost way of storing and protecting your GoPro gear.