Which generation of Pixel is right for you?

by
Geri Mileva
Writer
Geri Mileva is a tech journalist with 10+ years' experience. She has been published by The Huffington Post, Ravishly, ThriveGlobal, and AR Post.
our editorial process
Geri Mileva
Phones & Accessories 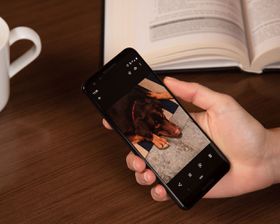 4.8
Buy on Amazon Buy on Best Buy Buy on Verizonwireless.com

Google Pixel 3 is the best smartphone from the brand. With a 5.5-inch P-OLED display, the Pixel 3 is about an inch smaller (diagonally) than its XL companion — a plus for smartphone users are put off by the super-sized smartphone trend. It runs the latest Android 9.0 Pie OS with Google Assitant, so you can ask questions, make calls, control music playback and more with just your voice.

But the main draw for the Pixel 3 is the camera improvements. This version includes two front-facing cameras, including an 8MP wide-angle lens for group selfies. Google's advanced AI photo correction algorithms fix any distortions when using the wider lens. The rear 12.2MP dual-pixel camera has a bevy of advanced features, too: the Night Sight mode gives you clear shots even in low-light situations, and the Top Shot mode captures several frames before and after you snap a photo to recommend the most perfectly-timed option. You also have about 40% faster HDR processing with this device.

The Pixel 3 has a Snapdragon 845 processor and 4GB RAM for plenty of processing power, and you can choose between 64GB and 128GB of storage. It also has a generous 2,915 mAh battery with wireless and fast-charging capabilities and a single USB Type-C port. It's available in black, white, and a very light blush pink.

Check out our list of the best Google Pixel phone cases available online. 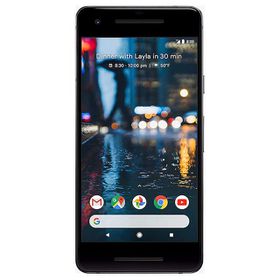 Released at the end of 2017, the Google Pixel 2 is the older generation of this device, but it still has a lot of fantastic features without that new flagship price tag. The phone has a five-inch AMOLED display with 1920 x 1080 resolution. It runs on Android 8.0 Oreo out of the box, which is older than the Pixel 3's system, but Google guarantees a minimum of three years of OS and security updates so you don't have to worry about any immediate security vulnerabilities (a real concern for most older phone models). You can update it to Android 9.0 Pie right away and get the same OS experience as the newer phones.

The phone has one 12.2MP rear and one 8MP front-facing camera. The rear dual-LED flash, combined with Google’s AI photo editing algorithms, still delivers an unmatched camera experience. You can shoot in Portrait Mode (for a DSLR-style shot) with both rear and front cameras, use Motion Photos that detect movement, and Google Lens. There’s also support for augmented reality games and apps.

The Pixel 2 has a Snapdragon 835 processor with 4GB of RAM and a choice of 64BG or 128GB of storage. The 2,700 mAh battery does not support wireless charging, but it does have fast-charging capabilities that can give you seven hours of battery in 15 minutes. Choose between black, white, and pale blue color options.

The Google Pixel XL was released at the end of 2016 and is the first XL model in the Pixel line, which makes it the oldest phone on our list. It's missing many of the advanced AI features and processing power of the newest phones and definitely has a shorter lifespan (the clock is ticking on how much longer Google continues to offer compatible OS and security updates). But if you update the OS right out of the box, the original XL is still a great smartphone with a killer battery life and Google Assistant.

This phone has a 5.5-inch AMOLED display and is powered by a Snapdragon 821 chipset. It has 4GB of RAM (same as the newer models) and a choice between 32GB and 128GB of storage. This model is also the first in Google’s line to be compatible with Virtual Reality (VR) headsets, so it’s suitable for those who want to explore VR apps.

The camera is consistently strong among Google Pixel phones, and this one is no different. The Pixel XL’s 12.3MP main camera captures a high level of detail even in low light, while the 8MP front camera snaps quality selfies. But one of the phone's best features is its 3,450 mAh battery, which actually has a higher capacity than some of the newer models. If you want a capable device with fantastic battery life and don't plan to hold onto it for years and years, the Pixel XL is a great budget option. It's available in black, silver, and blue. 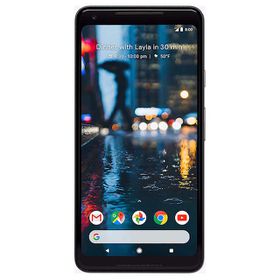 If you want a big-screen smartphone but don't want to shell out for the latest flagship, the Pixel 2 XL gives you a lot of high-end features for your money. It has a six-inch P-OLED screen — only slightly outsized by the latest Pixel 3 XL — with slim bezels, a taller display ratio, 16.77 million colors, and 2880 x 1440 QHD+ resolution for an immersive screen experience. It also features front-facing stereo speakers so your media sounds great, too.

Like the Pixel 3, the 2 XL sports a 12.2MP rear camera and an 8MP front-facing camera for great photos. It has a Snapdragon 835 processor, 4GB of RAM, support for Google Assistant, and a hefty 3,520 mAh battery to keep you running all day. It is available with either 64GB or 128GB of storage and you can choose between black and white color options. 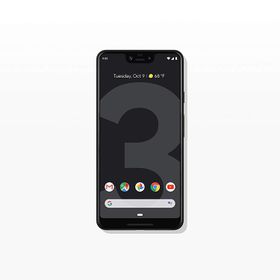 If you have the budget for it, Google's Pixel 3 XL is a truly splurge-worthy device. This smartphone comes with a 6.3-inch P-OLED display with a 2960 x 1440 resolution and dual front-firing stereo speakers, making it a premium option for all your different media and games. Heavy app users will appreciate the super fast Snapdragon 845 processor and Android 9.0 Pie OS, the latter of which facilitates all kinds of intuitive shortcuts and app-switching features. It's also AR and VR capable and built to work with the Google Daydream View headset.

If you're a shutterbug, then the Pixel 3 XL is even more appealing. It has the same lens setup as the Pixel 3 and includes the same sophisticated AI software for a host of cutting-edge camera and photo-editing effects. A CMOS image sensor adjusts the sharpness and brightness for almost every type of setting so your pictures always look great.

A 3,230 mAh battery keeps you going all day, and you can power up using a wireless charger and the phone's fast-charging capabilities if you're in a time crunch. The Pixel 3 XL is available with either 64GB or 128GB of storage, and you can choose from three color options: black, white, and pale pink.