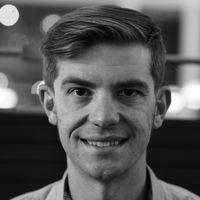 GIMP is a powerful, free photo editing tool that can rival even PhotoShop in terms of features and final product, provided you know how to use it correctly. To really boost your creative power in GIMP, though, you’re going to need these GIMP plugins.

The GIMP Registry used to collect GIMP plugins is no longer supported, so you’ll have to track them down yourself and ensure they work with your current GIMP version. Some of the most popular GIMP plugins, like GIMP DDS and BIMP don't work on the latest versions of GIMP.

Sometimes all you need is a quick filter, and G’MIC offers over 500 of them, plus additional effects to add into your GIMP toolkit. And as an open-source project, the community is constantly adding new filters to the massive selection.

Whether you want to just enhance the colors of an image, or you want to make a photo look like a painting, G’MIC has an impressive range of options that will definitely cover whichever GIMP filter you need.

While Resynthesizer is one of the oldest GIMP plugins of all time, it’s also one of the most useful and surprisingly still supported thanks to the GIMP community.

Resynthesizer essentially takes one of the most popular features from Photoshop—Content-Aware Fill—and adds it to GIMP. It can sample texture from a photo and easily create more of that texture.

While there are multiple uses for this, it’s most often used to remove unwanted images—say, that Starbucks cup from your photo of a medieval knight—without any hint it was ever there.

If you’re into photography, there’s a good chance you like to work with RAW images or images that haven’t been compressed at all. The thing about RAW images is they create big file sizes and add a whole new set of challenges.

Darktable makes editing RAW images in GIMP easy, but also offers advanced features for those who need them. What sets Darktable apart from other GIMP RAW editors is its focus on the user interface, making it intuitive and accessible no matter what your initial skill level is.

For Making Your Life Easier: Duplicate to Another Image

The Duplicate to Another Image GIMP plugin allows you to create a new image from any selection right in the GIMP editor. This will save you mountains of time from having to edit images and open new files just to get the selection you need. It’s not groundbreaking, as this is something you could technically already do, but it makes it much, much easier.

For Working With Layers: Layer via Copy/Cut

This Layer via Copy/Cut plugin allows you to add another popular Photoshop feature: being able to create new layers from selections using the copy/cut functions. When you have to figure out how you’re going to stack every layer just the right way, Layer via Copy/Cut gives you a quick and easy solution.

For Stitching Images Together: Hugin

Sometimes you can’t get it all in one shot, and that’s where the Hugin plugin comes in. Hugin gives GIMP users the ability to stitch together multiple images to either create a mosaic or a flawless panorama image. If you’re willing to get in the weeds, Hugin will allow you to get panorama images pixel perfect, right within GIMP.

If you’re working with images that have people in them, you’re inevitably going to be doing some skin retouching. While GIMP’s built-in toolset offers some options, Wavelet Decompose is by far the most powerful retouching tool you’ll find out there.

It works by taking a single layer and breaking it up into multiple layers of fine details, allowing you to finely tune your images, and remove things like blemishes or unwanted wrinkles. Wavelet Decompose can also be useful for tweaking colors or removing other unwanted oddities from your images.

While the newest version of GIMP doesn’t support this plugin anymore, that doesn’t mean you won’t need it. The good news is the latest version of GIMP finally supports DDS files out of the box, but if you prefer an older GIMP version, the DDS Plugin will still work for you, despite not being updated since 2013.

While you may not use DDS very often, this is an essential plugin to ensure you’re able to access and create every file type you may end up editing in GIMP.

A lot of GIMP plugins or extensions come in the form of scripts, but it’s hard to know what’s going to work with which version of GIMP. Luckily, the GIMP community has come to the rescue and figured out which plugin scripts work with the latest version of GIMP.

There a ton of effects added here, such as plugins to make your images look like cartoons, red-eye removers, a bunch of sharpness effects, and lots of color tools. You’ll also get a watermark plugin that allows you to create a watermark you can add to any image whenever you need it. While some of your old GIMP plugins may have stopped working, downloading this script bundle will fill in the gaps and get you back on track.

Download Featured Scripts
Was this page helpful?
Thanks for letting us know!
Tell us why!
More from Lifewire