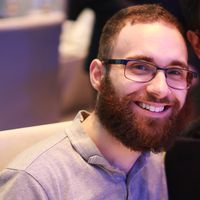 Ruben Circelli
Editor
Ruben Circelli has been a freelance technology writer and editor since 2014. His work has appeared on dozens of sites, including Komando.com, Twinfinite, and TheGamer.
our editorial process
Ruben Circelli
reviewed by

Jessica Kormos
Lifewire Technology Review Board Member
Jessica Kormos is a writer and editor with 15 years' experience writing articles, copy, and UX content for Tecca.com, Rosenfeld Media, and many others.
our review board
Jessica Kormos
Game Play

The best games on the Epic Game Store are constantly changing because games often launch exclusively with Epic and then come to other storefronts later. Other storefronts like Steam invariably have more features, so they're usually preferred by gamers.

How to Redeem Codes on the Epic Games Store

Some games do remain exclusive to Epic, though, and today we will be looking at those and current exclusives on the platform to show you the best the Epic Games Store has to offer in 2021.

Fortnite is Epic Games' most popular property by far. If you aren't already familiar, Fortnite is a third-person shooter battle royale game that drops you and 99 other players onto a gigantic map that gets progressively smaller where you have one goal: survive.

If you can outwit, outlast, or outplay your enemies and be the last person standing, you'll have won a game of Fortnite. Doing this is no easy task, so you'll have to explore the map for valuable loot and gear and get accustomed to Fortnite's characteristic building system, which allows you to create structures and cover on the fly.

But there is also much depth to each of Rocket League's cars, the mechanics of movement, and the broader strategies a team can implement to bring home a win. You can play Rocket League competitively, too, where there's a reasonably active scene. So, while somewhat silly, you can get as much out of Rocket League as you want to put in.

Best Game That Started as a Mod: Auto Chess

The auto battler genre that Auto Chess kickstarted is inspired by chess but sees players place characters on a grid-shaped battlefield (i.e., a chessboard) that then fight other characters without direct input from the player.

Auto Chess started as a mod for Dota 2, which Valve then turned into their own game Dota Underlords. Drodo Studio, the makers of the original mod, turned their mod into a game entirely unconnected to the Dota universe, so you won't need any familiarity with that to get into Auto Chess.

Magic is a card gaming giant that has stood the test of time. In Magic, traditionally, two players face off against each other using their decks to cast spells, use artifacts, and summon creatures to bring the other player's life down to zero.

Hitman games are all about tossing players into vast, open sandbox levels, giving them access to a wide variety of tools and mechanics, and then encouraging players to kill their targets in the most creative ways possible. Hitman 3 nails all of this.

This game may not be the best stealth sandbox ever made, but its level design is intricate and engaging, and its mechanics are robust and well-made. Plus, every mission and the importable missions are eminently replayable, never feeling stale even after many runs.

Did you like Left 4 Dead? Do you like co-op shooters? If you answered yes to either, World War Z probably will not disappoint. It's a fast-paced third-person co-op shooter where you and your friends take down legions of zombies in its PvE campaign, though there is a PvP mode as well.

World War Z doesn't do anything revolutionary, and its style and aesthetic are nothing to write home about either. But what's there is an excellent cooperative shooter that scratches the same itch that Left 4 Dead once did, and games like Warhammer: Vermintide do now. If you and your friends need something new to do, World War Z is well worth a pickup.

Skating games have been around for a long time, but they've never been as popular as they were in the early-to-mid 2000s with the Tony Hawk Pro Skater series. Finally, the first two entries in the series have been lovingly remade, so modern audiences have a chance to experience these classics today.

All the maps you know and love make a return but with much more added detail and a much higher resolution. The iconic music of these games is back, too. Although it's a remake, Tony Hawk's Pro Skater 1 + 2 is remarkably faithful to the originals, updating now-ancient assets with modern ones and bringing quality-of-life fixes without changing any core mechanics.

Saints Row is Grand Theft Auto for people who think GTA is too realistic and gritty. It's also for people who love crude humor and general edginess for its own sake. If that's your cup of tea, Saints Row is an open-ended, freeform take on the GTA formula that never takes itself too seriously.

Get Saints Row: The Third Remastered
09
of 10

The Total War series has been around for a long time, earning respect in the minds of many gamers. If you aren't familiar, Total War games are real-time strategy games played in part on maps where players make lots of macro decisions about their nation and in part on the battlefield where players control individual units.

A Total War Saga: TROY brings all of this to the table in the context of beautiful ancient Greek mythology and art to realize the fabled mythical city of Troy in-game. Spread across eight factions is a massive, epic quest that culminates in the battle for Troy itself. If you like strategy games and are interested in Greek mythology, this is a can't-miss!

Marketed as a PlayStation 5 launch title, the weird indie puzzle-adventure game Bugsnax also launched on the Epic Games Store. Though its initial tailor scared some away with how silly it all was, the finished product, though near-bursting with charm and quirk, tells a surprisingly deep story about a world of edible creatures.

Practically speaking, this is an approximately six-hour-long adventure game with some light puzzle elements, so don't expect too much mechanical depth or a vast world to explore. But if you're looking for a fun way to relax and enjoy an inventive, fresh story, look no further than Bugsnax.

Get Bugsnax
Was this page helpful?
Thanks for letting us know!
Tell us why!
More from Lifewire