The 6 Best External Optical Drives of 2022

No laptop drive, no problem

Many modern laptops no longer come with any way to read CDs and DVDs or burn files to physical media, which means the best optical drives continue to be relevant even for modern hardware. While plenty of content is available for download or streaming online—and most of us carry around a whole library of movies and music on our phones and laptops—physical discs still have their uses. So, if you’re in need, we’ve got a host of great picks from compact and affordable to powerful and fully featured.

For a great machine to pair one these drives with, our best laptops roundups collects some of the top portable PCs on the market, or read on for our picks of the best optical drives. 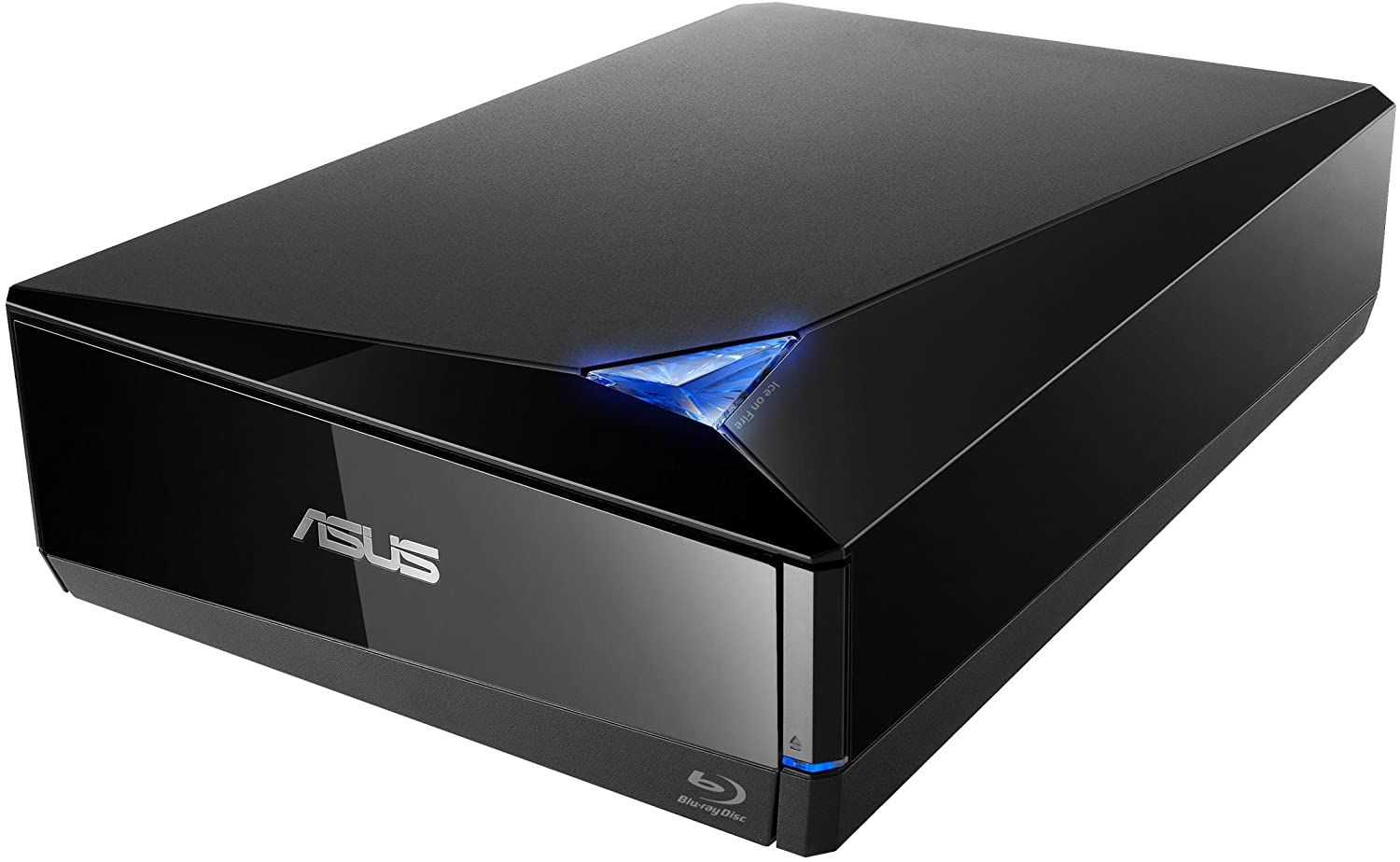 While many of the best external optical drives go for a smaller form factor making them easier to take on the go, this pick for top performance goes big. The ASUS BW-16D1X-U measures 2.48 x 6.50 x 9.57 inches, making it a bit of a desk hog, but with that extra size, you get serious performance for every task.

So, whether you want to rip media from discs or burn data to them, the Asus BW-16D1X-U can get the job done quickly. It also supports BDXL, allowing for storage of up to 128GB on a single compatible disc. Making the package even sweeter, the ASUS BW-16D1X-U supports both Windows and Mac computers.

View On Amazon View On Walmart View On Antonline.com

If you don’t need the Blu-ray capabilities offered by some of the more premium external optical drives, then you can get a great deal on a basic CD/DVD drive. LG’s GP65NB60 is a low-profile and affordable combo drive that offers both read and write capability for CD and DVD. Measuring 0.6 x 5.4 x 5.6 inches and weighing just 0.4 pounds, it even gives our top compact pick a run for its money.

The LG GP65NB60 can read CD-ROM at 24x speeds and DVD-ROM at 8x speeds, meaning it’s not lagging behind most of the competition despite its budget price. Write speeds are also decent, with up to 24x on CD-R and up to 8x on DVD-R. And, the LG GP65NB60 just needs a single USB connection for all of its power and data transfer needs. Further rounding out the package, the LG GP65NB60 support Windows and Mac, can burn archival-quality M-Disc, and comes in a variety of colors, with black, gold, white, and silver on offer. 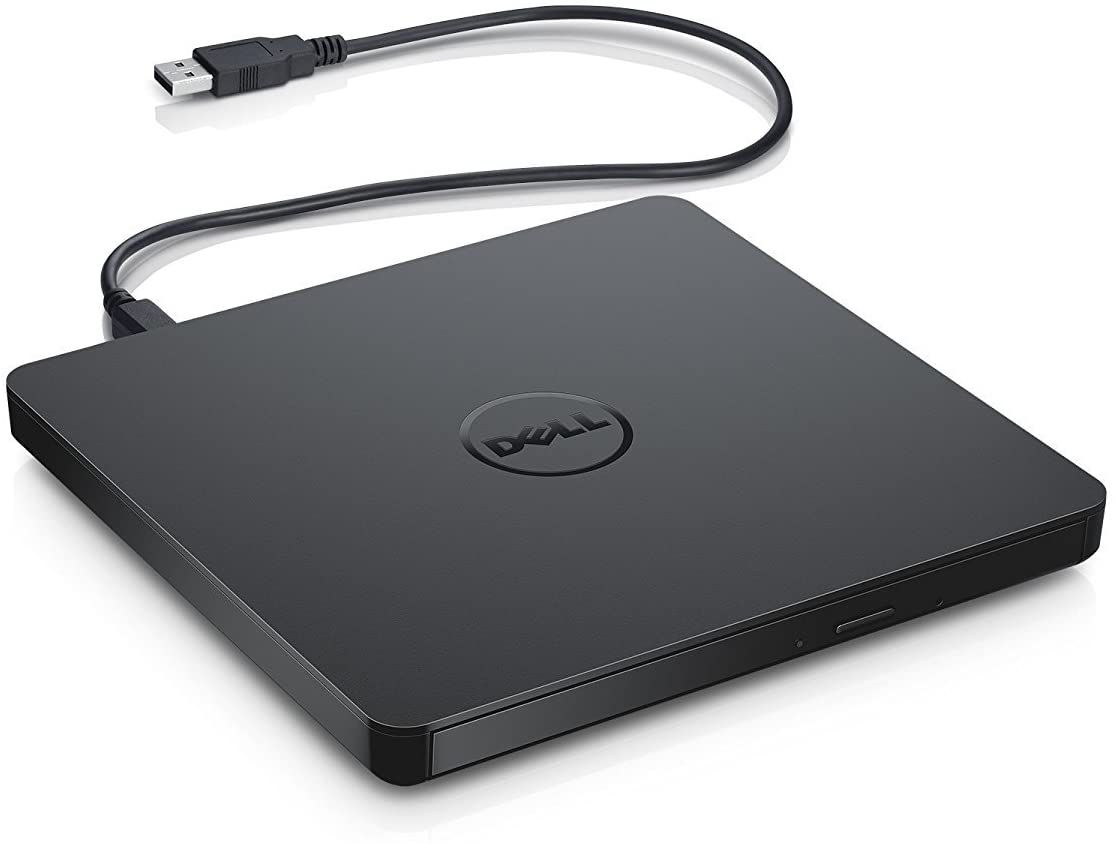 The Dell DW316 measures 0.55 x 5.41 x 5.67 inches, making it both a budget and compact contender. Along with its slim profile, the device weighs just 0.44 pounds, so you’ll hardly notice it in your laptop bag. Running off a single USB connection for power and data transfer, it doesn’t take much to get the Dell DW316 up and running. Support is confirmed for Windows, but reviewers have mentioned using the Dell DW316 with Mac computers as well.

As far as performance goes, the Dell DW316 scores good marks in line with what most of the competition has to offer. It boasts maximum read speeds of 24x for CDs and 8x for DVD. It can offer those same speeds for writing as well. 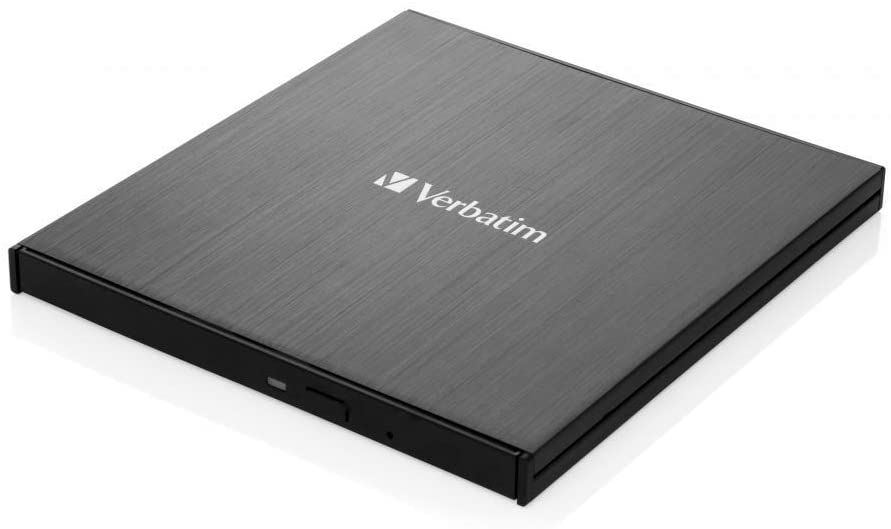 Many modern laptops and ultrabooks decide to forgo an optical drive in order to trim down their size and weight. But, that reduction wouldn’t be valuable if you need an optical drive and have to carry a big one around with you. Fortunately, we’ve got a great compact pick that’s compatible with Windows and Mac computers.

Measuring just 0.45 x 5.24 x 5.75 inches, the Verbatim 70102 is super compact. What’s more, the reduction in size doesn’t mean a bunch of compromises. It’s built with a metal housing, for a premium look and feel, and it’s speedy. It can write CDs at 24x, DVDs at 8x, and Blu-rays at 6x — even supporting M-Disc. Yes, that’s right, it’s a full CD/DVD/BD drive, and it weighs less than half a pound. The Verbatim 70102 is a definite mobility champion, with power and data transfer all happening over USB, so you’ll only need one cable. 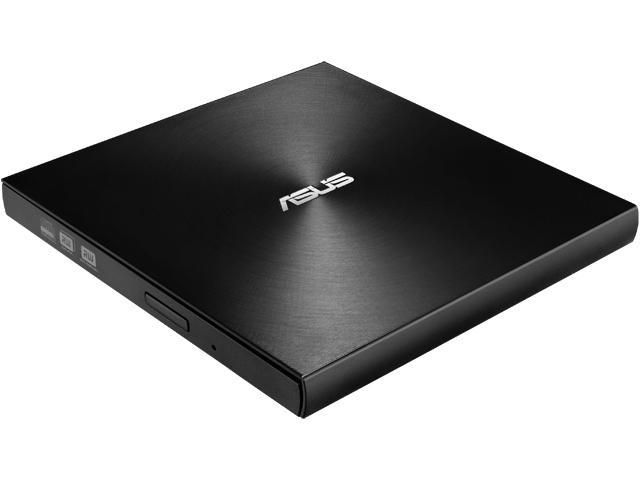 Where a compact footprint counts, ASUS's ultra-slim ZenDrive is a quality pick. This is a simple CD/DVD combo drive, with no support for Blu-Ray, but that means it comes in at a substantially lower price. And, it measures just 0.55 x 5.33 x 5.61 inches, with a single USB connection needed for power.

The Asus ZenDrive supports both Windows and Mac, and it includes CyberLink software to help you get started with storing content on physical media. The drive also comes with six months of free cloud storage from ASUS, so you can rip content from your CDs and DVDs and move them there as needed. 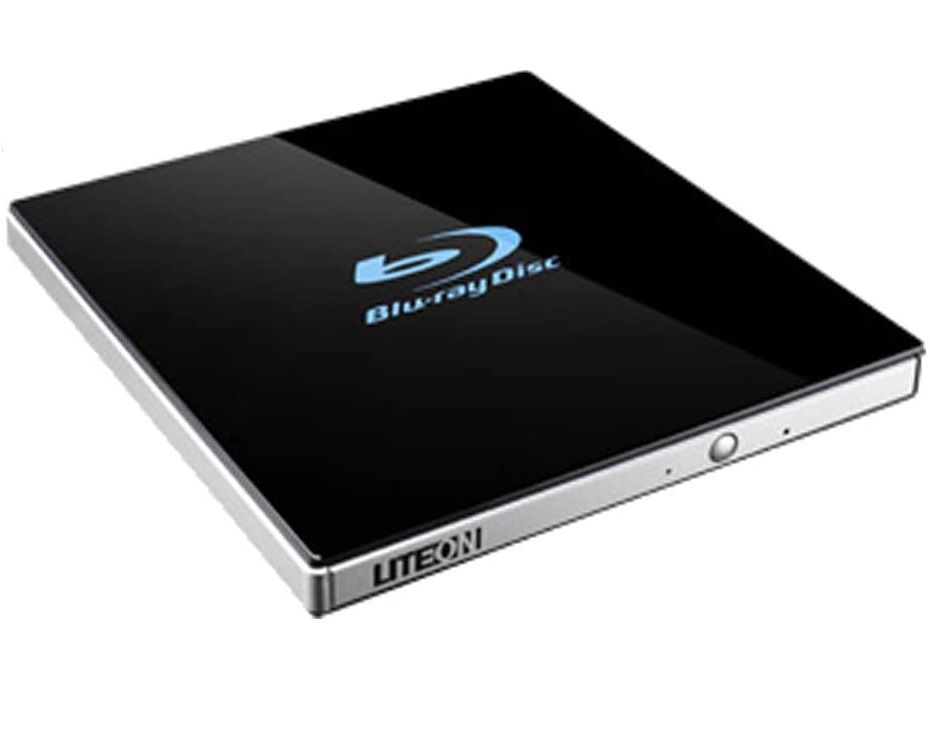 If you’re planning on buying physical 4K movies, older Blu-Ray drives may not be able to read the newer discs. That’s where an Ultra HD Blu-Ray-ready drive can come in. Lite-On has an affordable drive that offers comparable specs to many of the best drives on our list while also supporting new Ultra HD Blu-Ray media. The Lite-On EB1 has quick access times on all media types and boasts read and write speeds of 24x for CDs, 8x for DVDs, and 6x for BD-ROM. The drive also supports M-Disc, in the event you'd like to make long-lasting backups.

All the more impressive is that the Lite-On EB1 measures just 0.53 x 5.9 x 5.5 inches and weighs a modest 0.66 pounds. That makes it a viable pick for an on-the-go Ultra HD Blu-Ray reader. It should be noted, though, that special software may still be needed to take advantage of Ultra HD Blu-Ray depending on your PC.