You know you have one of the best dual sims phones when you can effortlessly switch between numbers. Dual sims phones allow you to have two sims cards in one device at the same time. Our pick for best Android, Samsung Galaxy S9, allows you to even have sims from two different carriers simultaneously inside of the device!

However, our pick for the best IOS, Apple iPhone 11 Pro Max, does not take two sims cards, but rather has a built-in sim that can be set up by your carrier. This design can simplify the experience while you have the phone but pose a challenge if you switch carriers or mobile devices often. No matter the setup, the best dual sims phone for you will be efficient and simple to use. 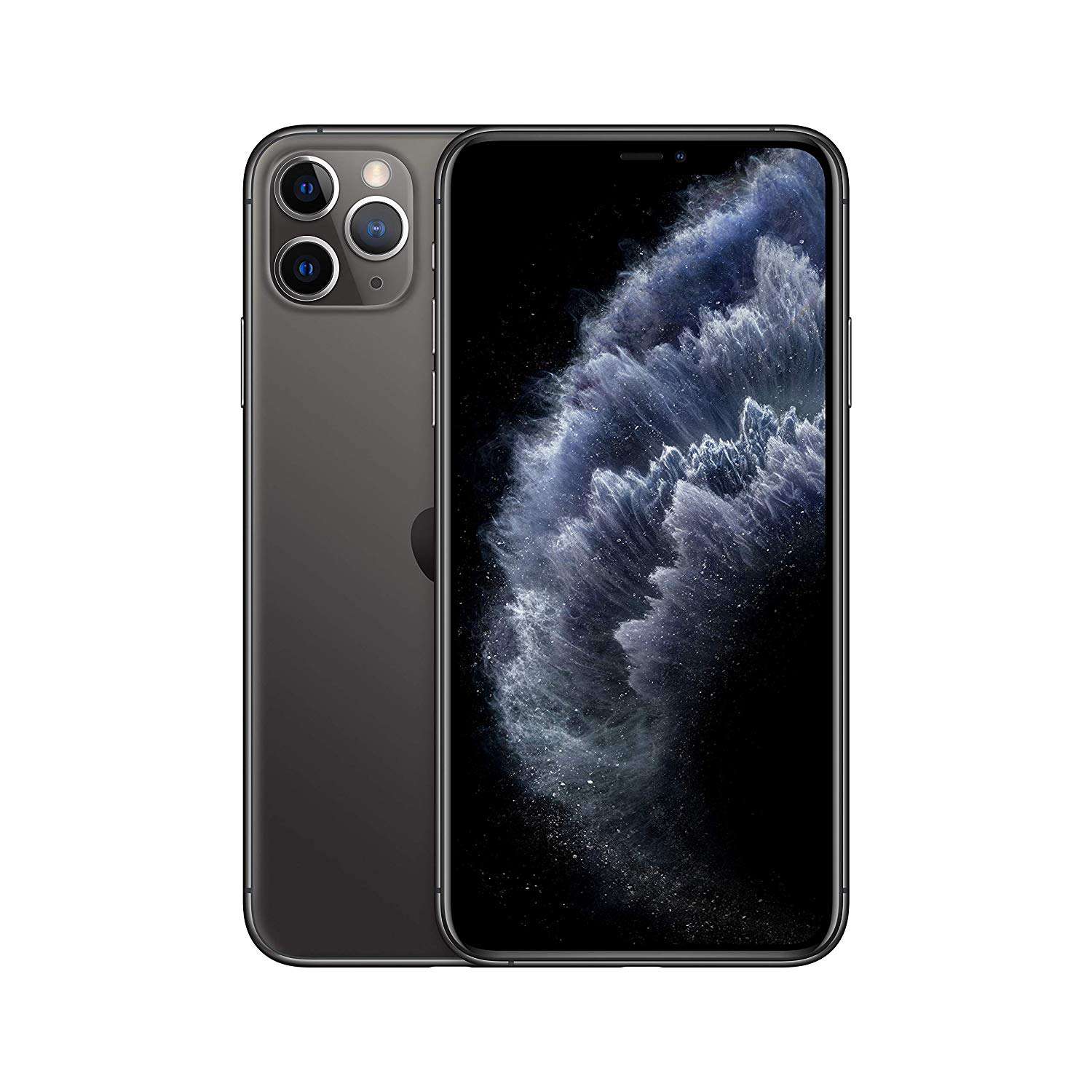 View On Best Buy View On Att.com View On Verizonwireless.com

Apple’s latest supersized iPhone takes a new approach to dual-SIM smartphones, thanks to eSIM technology. Instead of two physical SIM slots, the iPhone 11 Pro Max has a built-in SIM you can set up digitally with a mobile carrier, often by just signing up on the carrier’s website or contacting them by phone. While it doesn’t offer the same kind of versatility as two distinct SIM slots, most users don’t need to change both of their carriers on a regular basis.

On top of dual-SIM support, of course, you’re getting Apple’s stunning ultra-flagship iPhone. The iPhone 11 Pro Max in particular exhibits a stunning 6.5-inch OLED "Super Retina XDR" screen with an amazing contrast ratio and unsurpassed color accuracy. As such, your photos, videos, TV shows, and movies all look great in just about any condition.

Apple’s new triple-lens camera system now offers not only 2x and 1x zoom levels, but an ultra-wide 0.5x as well, for taking large group photos up close. It’s all powered by the new blazingly fast A13 Bionic CPU. Its machine learning "Neural Engine" provides advanced photography features like a Night Mode that captures well-lit photos even in near-complete darkness. In addition, the iPhone 11 Pro Max adds 4K/60fps video recording with extended dynamic range across all three lenses, an extra five hours of battery life, and a fast charger in the box. 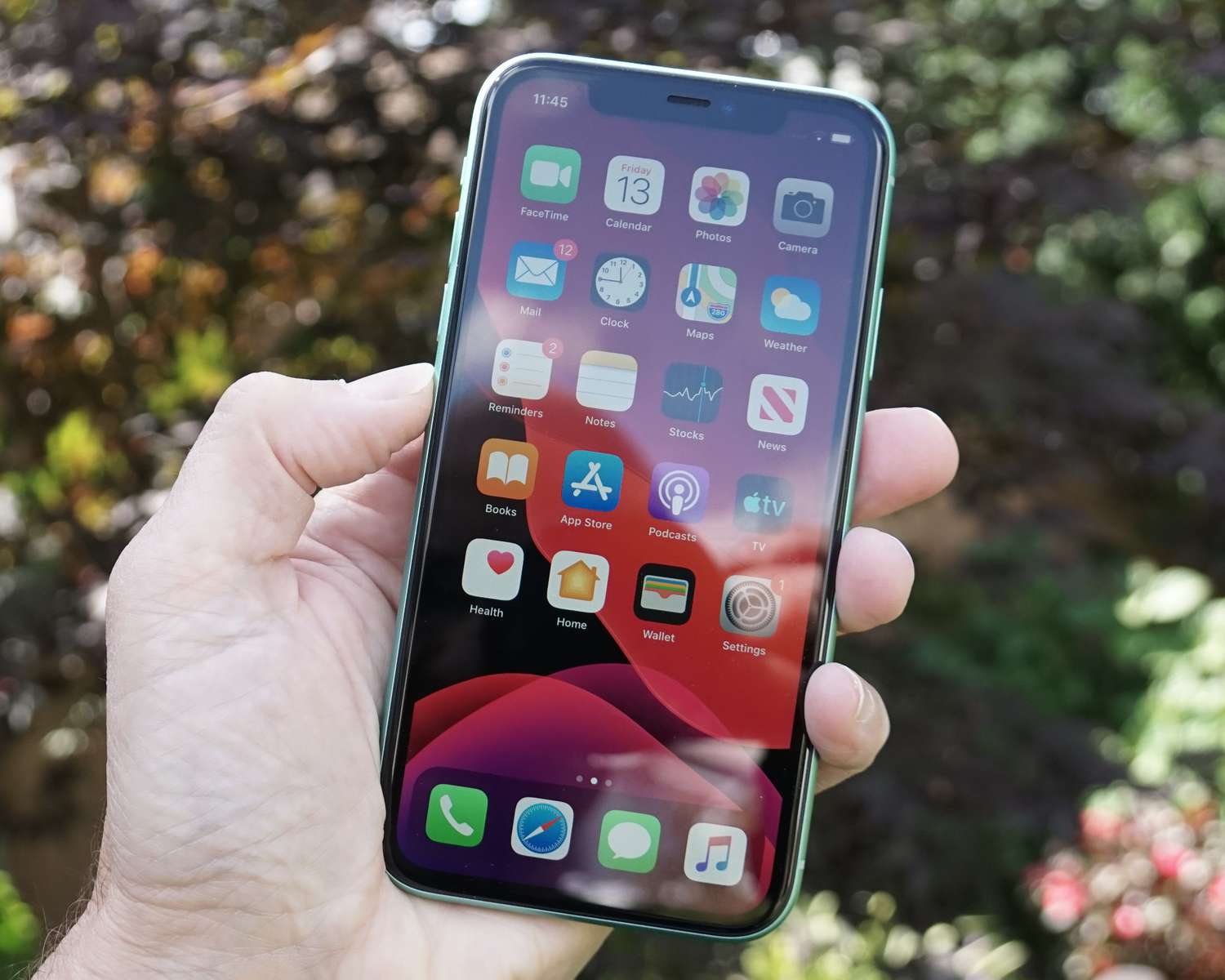 You still won’t find an iPhone that actually supports two physical SIM cards unless you’re in China, but Apple’s iPhone 11 continues the trend of providing support for two carriers via an integrated eSIM, which is actually a far easier way of going, provided of course your carrier of choice supports it.

Now clearly branded as the iPhone most people should buy, the iPhone 11 only omits two notable features from its more expensive "Pro" siblings, what it does offer is compelling enough. You’re still getting the same ultra-powerful A13 Bionic CPU found in Apple’s entire 2019 iPhone lineup, so it’s not going to have any problem handling all of the same apps and games. In fact, it even offers all of the same advanced photography features like Night Mode and Deep Fusion, which use machine learning to combine multiple photos on a pixel-by-pixel level for impressive results.

You also get three-quarters of the exact same camera setup, with a new dual-lens wide- and ultra-wide-angle system that uses the same sensors as the Pro models, and the exact same 12-megapixel front TrueDepth camera that can also now do slo-mo selfies. Apple’s still gone with an LCD screen here to keep the iPhone 11 affordable, but the 6.1-inch "Liquid Retina" display is one of the best LCDs ever made, with a 1792 x 828 resolution (326 PPI pixel density) and almost edge-to-edge coverage. It also continues the trend set by its predecessor — the 2018 iPhone XR — in offering the best battery life on any iPhone Apple has ever made, with up to 17 hours of video or 65 hours of audio playback. 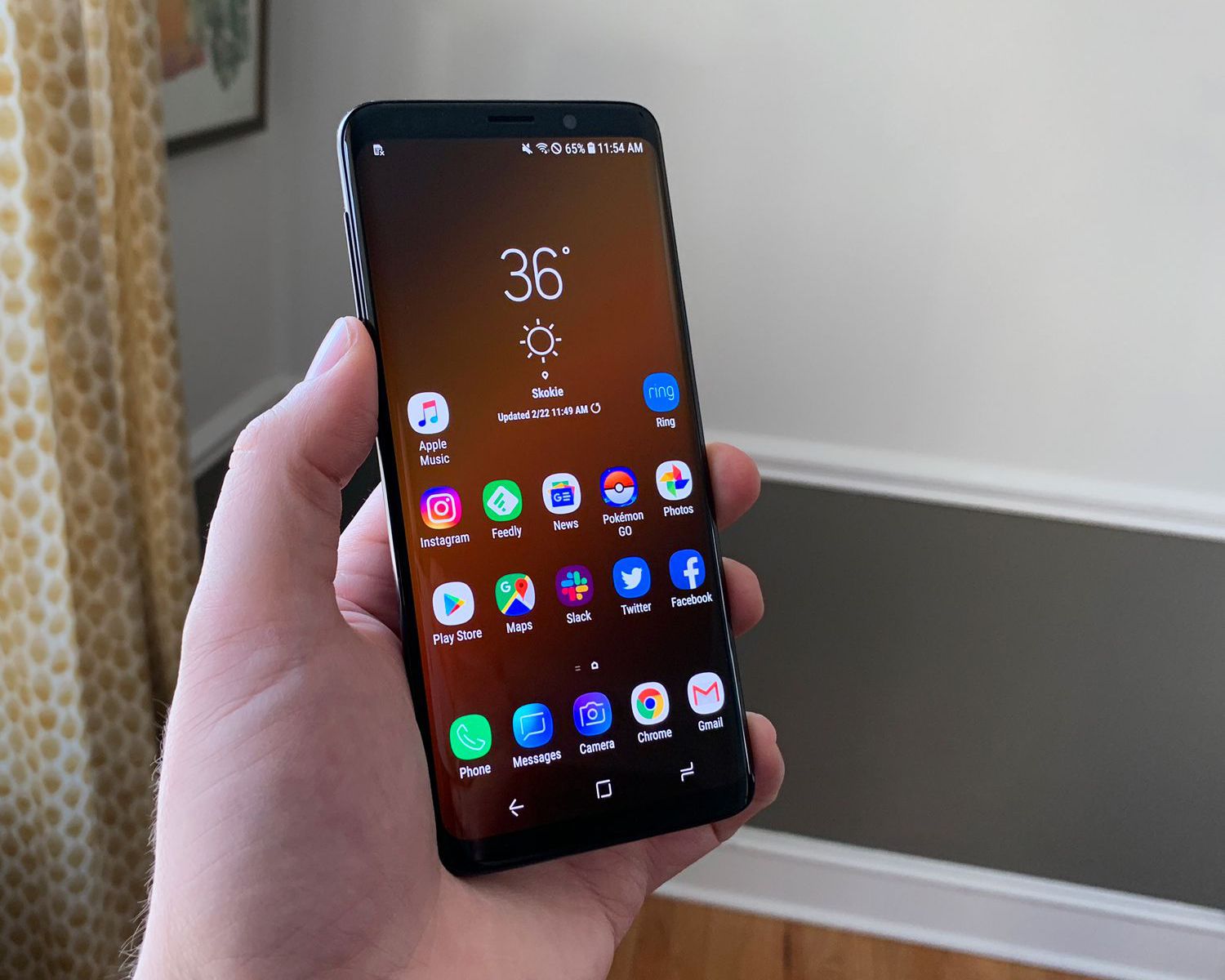 Samsung smartphones may not be pushing as many boundaries as others brands' offerings (the Galaxy S9 carriers over the design of its predecessor), but with premium specs, incredibly well-rounded features, and a price that’s come down nicely since launch, it’s the best Android handset around. While not all versions of the Galaxy S9 feature dual-SIM support, the international version is readily available and offers up dual-SIM functionality. This gives you the freedom to pop in a SIM card from two different carriers and use them simultaneously or easily switch between them if you’re traveling.

On top of that, you’re getting a top tier Android smartphone with a speedy octa-core processor, 4GB of RAM, capable front and rear cameras, a 5.8-inch Super AMOLED display with an incredibly high resolution, and a durable design with an IP68 rating against water and dust damage. Music lovers get an even sweeter perk — unlike many other flagship smartphones, the Galaxy S9 still includes a 3.5mm headphone jack, so you can keep using your favorite pair of headphones. 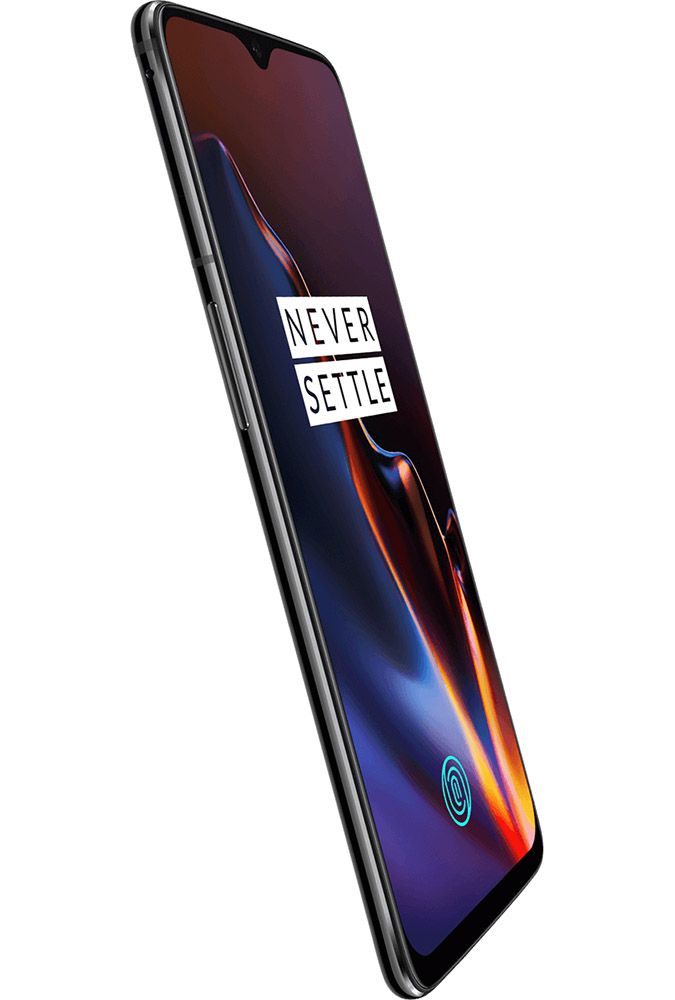 View On Amazon View On Oneplus.com

OnePlus came out of left field when it first started releasing premium Android smartphones at budget prices. While their prices have steadily risen, so has their roster of products. The latest from the company, the OnePlus 6t, is a viable competitor to the best big-name Androids, and it comes at a fraction of the price.

Best of all, the OnePlus 6t has the dual-SIM functionality needed to land a spot on this list, with support for two physical SIM cards at the same time. Beyond that, it also offers excellent specs. It runs on the premium Snapdragon 845 chipset with 6GB or 8GB of RAM for effective multitasking. A 6.41-inch AMOLED display covers much of the phone's front, with only a tiny notch cut out for the front-facing camera.

For a phone priced as it is, the OnePlus 6t truly has a stunning design. All the more impressive is the inclusion of an under-display fingerprint scanner, which allows the screen to stretch over almost the whole front of the device. Serious phone users will love the large, 3,700mAh battery and quick charging speeds. And, with baked-in Android 9.0 and support for timely updates through Google’s Project Treble, there’s plenty to enjoy from the OnePlus 6t for years to come. 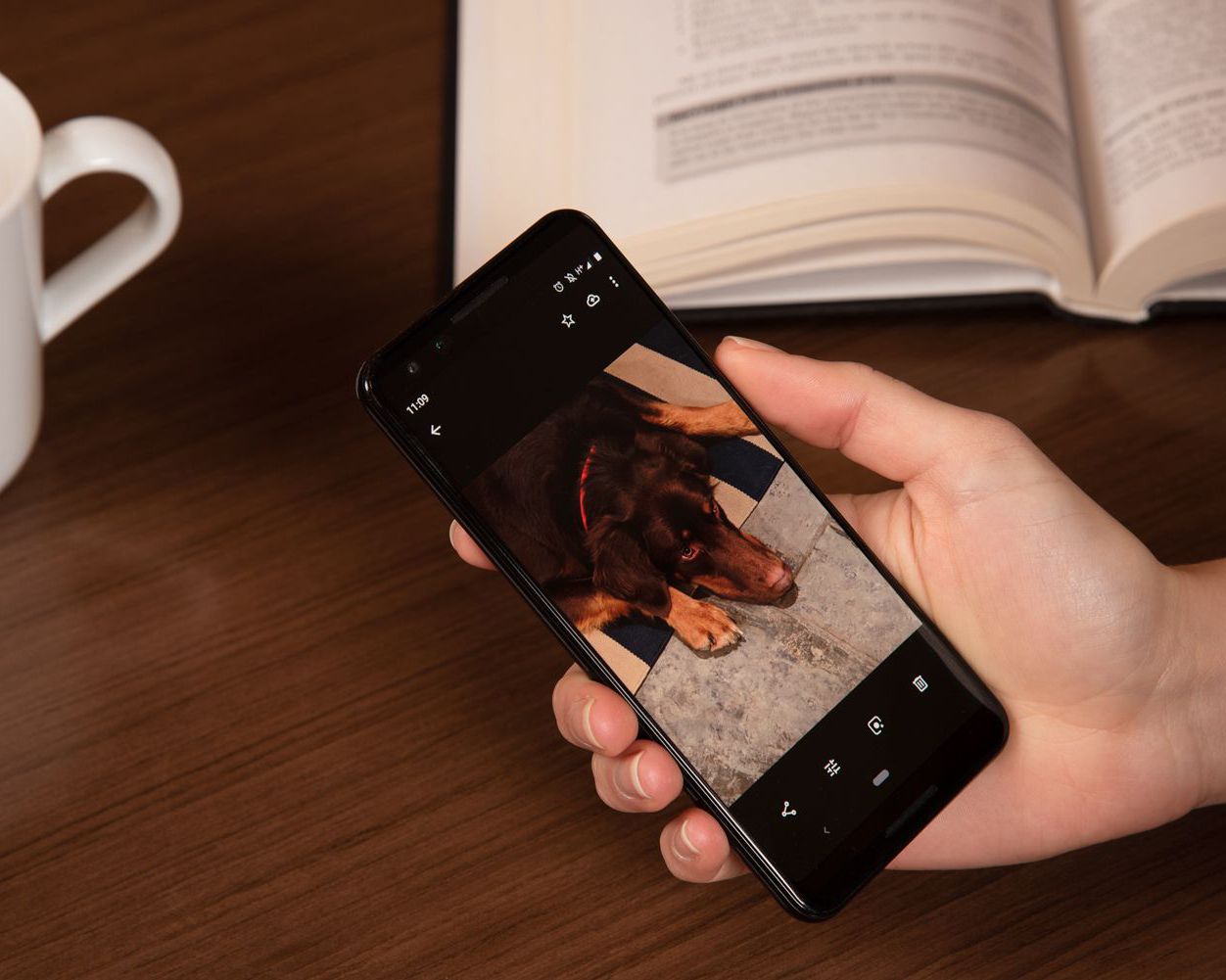 You don’t have to sacrifice a great smartphone camera to get the dual-SIM support you need. Google’s Pixel 3 can support multiple carrier connections through the use of eSIM, letting you set up one connection electronically and the other with a physical SIM card. Once you’re set with the SIMs, you can get to shooting with the camera.

If you’re a frequent traveler needing dual-SIM support for network connections abroad, you’ll no doubt want to have a good camera. The Pixel 3’s 12MP may not sound like much on paper, but with Google’s software optimization, the company has put forth the most capable smartphone camera on the market. The dual front-facing cameras will also ensure your selfie game is strong.

There’s plenty more to like about the Pixel 3; it comes with Android 9, and Google’s devices frequently get updates to their operating system and security. It’s a quick phone, too, with a Snapdragon 845 chipset and 4GB of RAM. The 5.5-inch pOLED display offers a sharp resolution and isn’t cut into with a notch. Plus, dual front speakers offer a quality sound experience while watching media. 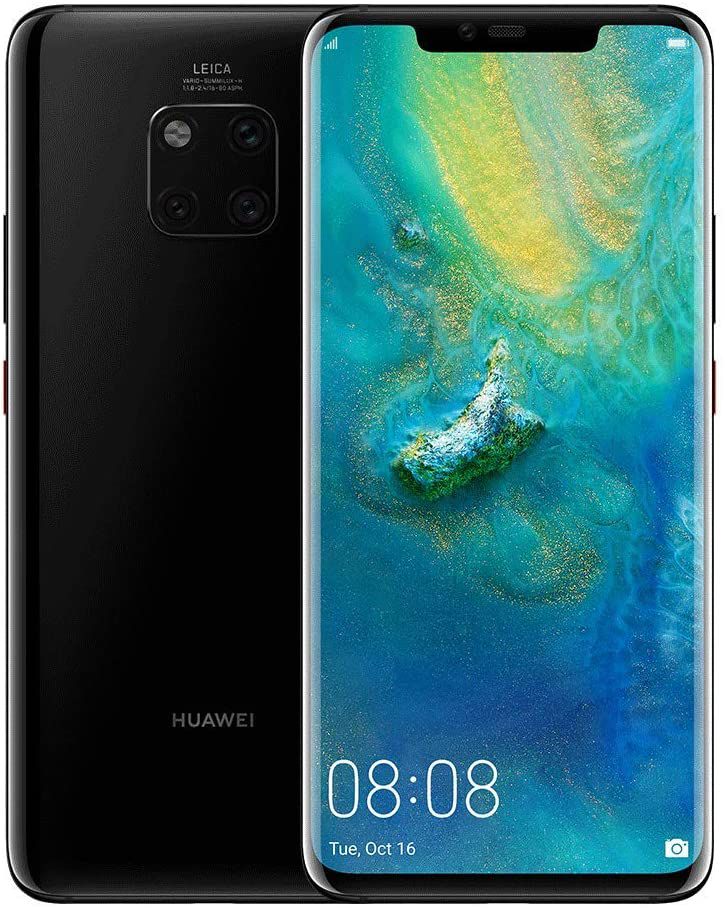 Huawei may not be the most familiar brand, and the Mate 20 Pro isn’t on everyone’s radar, but it should be. The premium smartphone offers incredible specs, a stunning design, serious camera performance (that can occasionally outshine even the best), and the dual-SIM support you need.

The Mate 20 Pro is premium in every way; it has a big, 6.39-inch display with a resolution of 3120 x 1440 for an insanely crisp 538 pixels per inch, plus it supports the popular HDR10 standard. The screen is naturally AMOLED in this premium tier, and you’ll get plenty of use courtesy of a quick-charging 4,200mAh battery. The Mate 20 Pro even boasts the ability to wirelessly charge other phones. Inside, it’s powered by Huawei’s own Kirin 980 chipset and 6GB or 8GB of RAM depending on the model.

Dedicated AI hardware pairs with three rear cameras and a 24MP front-facing camera for incredible performance. Versatility is also a major plus, as there are wide-angle, ultrawide, and telephoto cameras on the back. The ability to switch and blend between them make it a capable photo and video camera, and with the dual-SIM support, it’s a worthy travel companion.