The 8 Best Digital Converter Boxes of 2020

Converting shows and movies to your older TV just got easier

For those looking for a strong feature set on a digital converter at a reasonable price, you can’t do any better than Mediasonic’s HW150PVR digital converter box. Attaching to any existing antenna on any analog television, the Mediasonic is easy to set up. A built-in recording feature works with both real-time and programmed recording, and while storage isn’t built directly into the unit, the converter box supports both flash and external hard drives. With storage capacity up to 12TB, there’s room for dozens of shows without any monthly fees. The separate storage device can even plug into a computer so you can record programming with any compatible media player.

The Mediasonic has some other great features, too. Parental controls ensure that kids will avoid undesirable channels, closed captioning works with any supported channel, and there’s even the option to connect the converter box to a high-definition television via HDMI. This eliminates the need for a separate cable box while still offering program recording and the electronic program guide for finding your favorite shows. 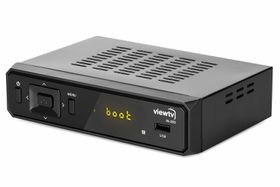 Like the AT-163, the ViewTV AT-263 ATSC Digital TV Converter Box is the latest in ViewTV’s line of free TV solutions. This box allows you record TV via a flash drive or external drive connected to the unit’s USB port, includes an emergency alert system to alert viewers to any emergency information broadcast by TV stations in their area, and even has a built-in multimedia player (and it's one of the strongest available today). The ViewTV can play just about any type of file you throw at it, from VOBs ripped from DVDs to modern high-bitrate MKVs.

Features include cable loop through, electronic programming guide and program information, the ability to pause live TV, a favorite channel list, parental control function, auto-tuning, closed captioning, real-time and scheduled recording, as well as auto startup and shut down. Menus are more intuitive than the AT-163, so it makes for a better option if you plan to use the device often to play media files from your external drives, and a smaller form factor makes the $5 extra in price worth it for most consumers. 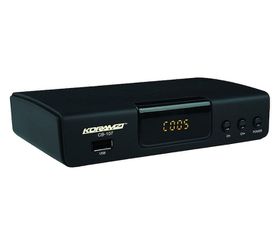 If you have a combination of old and new devices (as many of us do), you’ll want a converter box with wide compatibility and connection options. The KORAMZI HDTV digital converter box supports outputs ranging from 480 to 1080p quality and several different aspect ratios (4:3 and 16:9). A built-in HDMI connection allows users to send the signal from the unit to a multitude of display types. In other words, this unit isn’t limited to just analog televisions — it can also connect to computer monitors and still offer its full feature set.

Speaking of features, the KORAMZI offers a solid set of function for its budget price. There are settings for parental controls and closed captioning, as well as a program guide so you can see what’s playing and what’s coming up next. If you find a future program you want to watch, you can use the KORAMZI to set a scheduled recording. 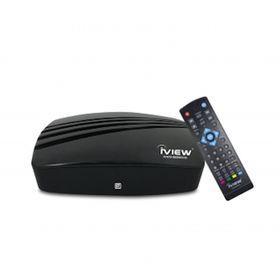 When you’re looking for a digital converter box that’s built for DVR functionality, look to the IVIEW-3200STB. Whether it’s for recording live programming or scheduling in advance, the IVIEW can handle it all. It’s as straightforward as hitting the record button on the included remote, and it’s almost as easy to set daily, weekly, or monthly recordings so you never miss your favorite shows. All totaled, the IVIEW can support up to 30 scheduled recordings at a single time. Onboard memory is limited so it requires a USB flash drive or external hard drive for additional space and can accommodate up to a 2TB drive.

But the IVIEW is more than just a DVR box. There’s support for a variety of video file formats that can be played back through the same USB drive as the external storage (you can also play music or look at pictures through your TV using the drive). In addition to its multimedia capabilities, there is a full set of standard features including parental controls, high-definition playback, closed captioning, and setting a favorite channel list. 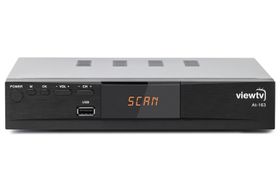 The ViewTV AT-163 digital converter box allows you to watch TV on any television, including your old clunky analog TVs. The built-in USB port allows you to record your favorite programs directly to a flash drive or external hard drive. It is the most feature-packed DVR-capable digital converter box in our lineup; you can pause, fast-forward and rewind live TV with the Timeshift function, perform PVR (Personal Video Recording) and easily view videos and pictures from a flash drive or external hard drive.

It is also noteworthy for its ability to play a wide range of different file formats, including MKV, VOB, FLV and MOV files. Output is a crisp 1080p via HDMI, and there are the usual legacy outputs for older TVs. Consider the ViewTV AT-163 a good option if you have external movies you want to play via your digital converter box, or if you plan to often use DVR functions. 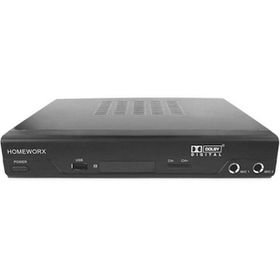 If you’re looking for a feature-rich digital converter box with some unique settings, the Mediasonic HW220STB is worth checking out. This converter box supports a maximum resolution of 1080p and works with any analog TV, digital TV, projector, or computer monitor. All TV recordings are captured on external flash or hard drives and have Dolby Digital Audio for rich, clear sound. As with most other converter boxes, there is also built-in closed captioning and parental controls.

In terms of unique features, the most surprising part of the Mediasonic is its karaoke function. Just download the karaoke set-up guide, load music onto the unit using any USB flash drive or external hard drive, and get the party started.

Maybe you're just looking for a digital converter box that does its job and stays out of the way of the rest of your setup. But there are a few extra features you can consider when making your purchasing decision, and this Leelbox option checks off a few of those boxes.

First, it comes standard with the expected TV pass-through inputs, namely a digital antenna in and an analog antenna out, plus a coax input, component options, and the important HDMI out (the latter being the most important, because surprisingly a lot of the boxes out there don’t offer the full digital capabilities of an HDMI).

But this model has a little something extra: a USB input on the front that allows you to not only play existing media files from your computer, but attach a hard drive and use this converter box as a standalone DVR, pausing, rewinding, and saving your TV shows via the external drive.

The Mediasonic Homeworx digital converter box includes a wealth of features such as a built-in media player that allows you to view photos and video files via a USB connection, as well as a built-in recording function so you can record and play back TV programs. It also allows you to receive digital broadcasts and display them on analog and digital TVs, projector and computer monitors.

Video recording and playback is enabled via connection of USB 2.0 or USB 3.0 and external hard drive or flash drive. The Mediasonic Homeworx is a great option for its clear 1080P output and adjusting the picture for different sizes (e.g. 16:9 Pillar Box, 4:3 Pan G Scan) is made easy. This makes it a good choice for home theater setups and for those looking for the best possible picture.

What to Look for in a Digital Converter Box

Analog pass-through - If you have any low-power television stations or translators in your area that still broadcast analog signals, you’ll need a digital converter box that includes an analog pass-through. Without this feature, you won’t be able to watch any station that hasn’t fully switched over to digital broadcasts.