The desktop of your dreams awaits

Desktop PCs come in a mind-boggling array of shapes and sizes, from streamlined all-in-ones to giant towers. Their functions are as varied as their forms, from the affordable Chrome-based PC built for lightweight productivity to liquid-cooled gaming rigs that can pump out buttery smooth frame rates or fast render times for high-resolution video editing.

Rather than working on a cramped 15-inch laptop display, desktop PCs allow you to stretch your workload across multiple screens 27 inches across or larger. Additionally, a desktop can be upgraded with relative ease, whereas most portable devices offer very limited upgradeability or lack any customization potential.

We researched and tested some of the top options from well-known brands. Here are the best desktop PCs.

Dell's Alienware desktop comes from a long legacy of top-quality gaming hardware. Shortly after Intel announced its 11th generation processors, Dell upgraded its Alienware to take advantage of them. We haven't had the chance to go hands-on with the Alienware R12, but we did look at the R11, and we're confident enough in the Alienware brand to conclude the R12 is a beast.

The hardware is capable, with an 11th generation Core-i7 processor, a solid NVidia GeForce RTX 3080 Super GPU, 64GB of RAM, and two SSDs for a combined total of 3TB. That means you can store basically anything and access it very quickly.

Put all that under a load, and this computer will spit out quite a bit of heat and fan noise, but that's consistent with a lot of gaming PCs. It's important to make sure this PC is in a place with good ventilation and airflow. But overall, this computer will happily take on any demands you care to throw at it.

"The Aurora R11 replaces its predecessor as the best gaming desktop of the year." — Erika Rawes, Product Tester 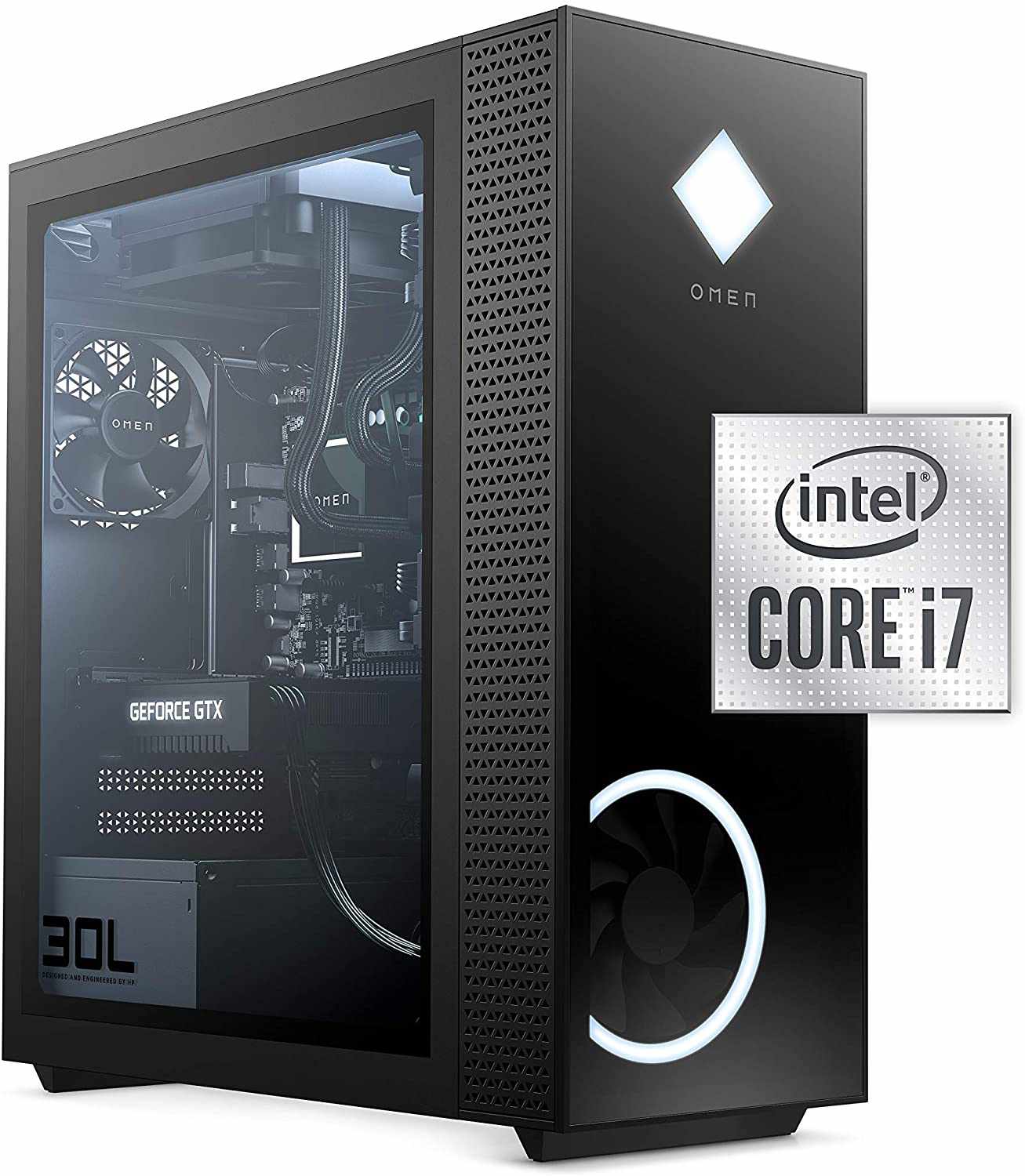 Games push the limits of every aspect of PC hardware, making gaming computers ideal for gaming and just about any other task you can imagine. The HP Omen series of gaming PCs offers everything from affordable configurations to high-end VR-capable rigs. Whether you spend a lot or a little, Omen gaming desktops deliver great value for the money.

Gamers, in particular, may look to upgrade their machines someday down the road, and fortunately, the HP Omen 30L makes that easy with an accessible case design that’s great to work in. It’s also clear, so you can see all the hardware inside, with built-in LED lights to show it off. Overall, the HP Omen 30L is a top-notch gaming PC.

If you want to get the most out of your money, then the ASUS ROG G10CE offers a respectable setup with the latest hardware, including a powerful graphics processing unit (GPU) and plenty of storage capacity. That’s enough to max out settings in the latest games at 1080p or do power-hungry graphic design or video editing tasks.

A flashy-looking case contains all this capability. The build quality is a cut above the typical office PC tower. The only downside worth mentioning is that it gets pretty loud when playing particularly demanding games, but overall you’re getting a lot of power in a well-built package at an attractive price point. 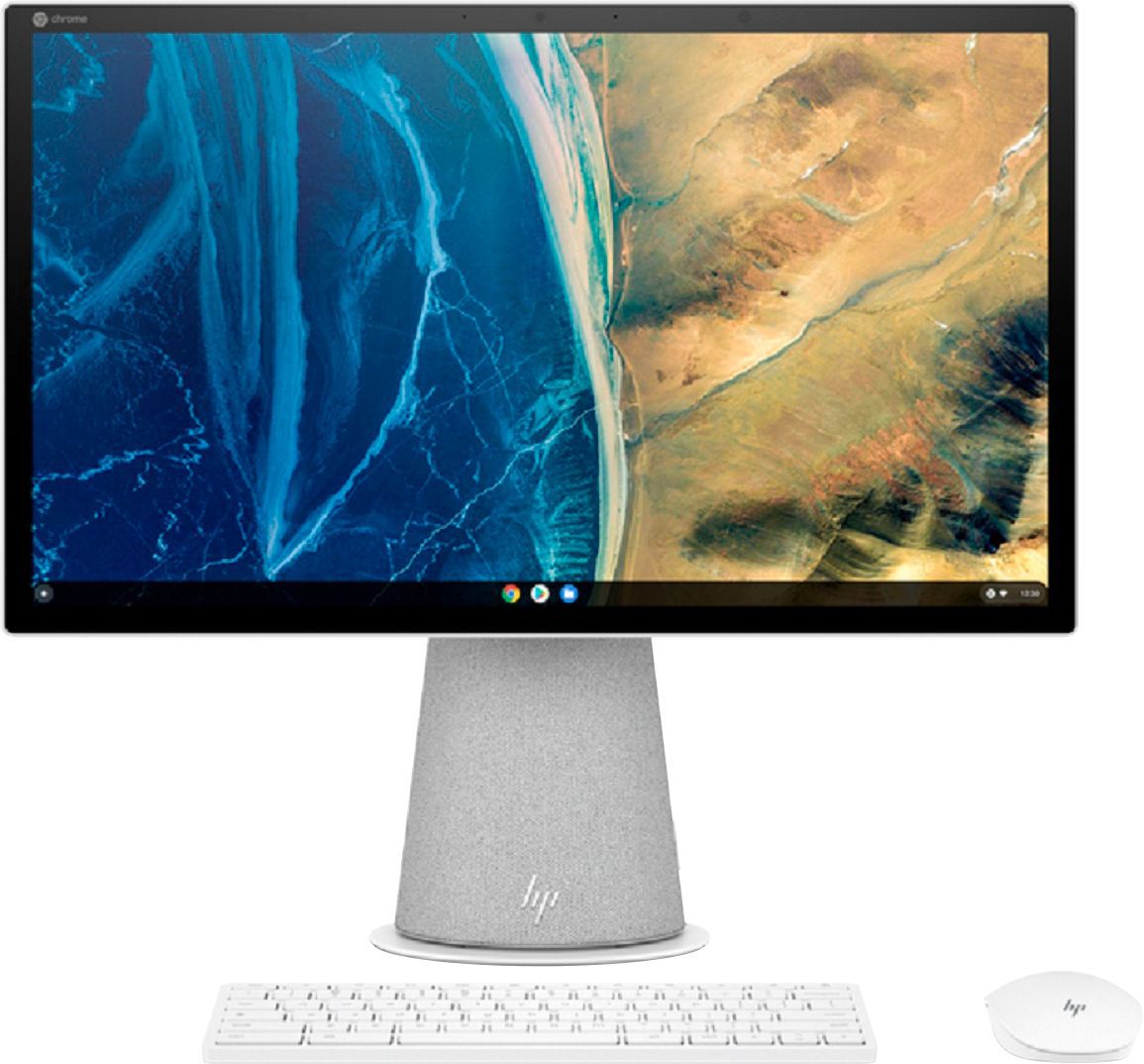 The HP Chromebase All-in-one 22 is one of the slickest-looking desktops you can buy on a shoestring budget, so long as Chrome OS works for you. Though the processor is slow and there’s not a lot of RAM, it’s good enough to run Chrome OS. The limited nature of this operating system isn’t for everyone, but if you just need a PC for browsing the web, watching shows, or basic productivity tasks, then this HP Chromebase offers a lot of bang for your buck.

This affordable PC also looks fantastic with a spacious, built-in 21.5-inch screen that offers a wide range of potential adjustments. One downside is that it only features about as many ports as you’d expect to find on a laptop. Considering the scope of Chrome OS and what you’re likely to use it for, this isn’t so much a problem.

In late 2020, Apple introduced the M1 Chip, its first ARM-based processor built specifically for Apple hardware. That hardware included the Mac mini, making it a formidable little machine. However, the design of the Mac mini is a little disappointing, given that it's less upgradeable and has fewer available ports than the previous generation of this PC.

The Mac mini is a great minimalist PC if you prefer Apple's operating system. It'll fit just about anywhere and isn't huge and intrusive like so many desktop machines. It's also relatively affordable for a Mac, but it's worth spending more at the outset for a more capable configuration because you won't be able to upgrade it down the road.

"The Apple Mac mini with M1 is a tremendously impressive piece of hardware, offering staggering performance at an affordable price. The only real catch here is that in leaving Intel behind, Apple may have left you in the lurch. If you can live and work in a world that’s entirely free of Windows, then the M1 Mac mini is ready to welcome you home." — Jeremy Laukkonen, Product Tester

Students don’t typically need the most powerful PC on the market, and affordability is significant when choosing a device. However, for many, the ability to handle demanding digital content creation is a must. The HP Pavilion TG01-1120 hits the sweet spot for price and power with its competent set of components at a price point that won’t break the bank.

With it, you get reasonably powerful components that can handle graphic design or other demanding tasks you may encounter during your education. On the downside, this PC doesn’t come with a ton of storage. However, its solid-state storage offers a serious speed boost over a hard drive. Plus, adding an internal or external hard drive won’t set you back that much if you need extra storage. 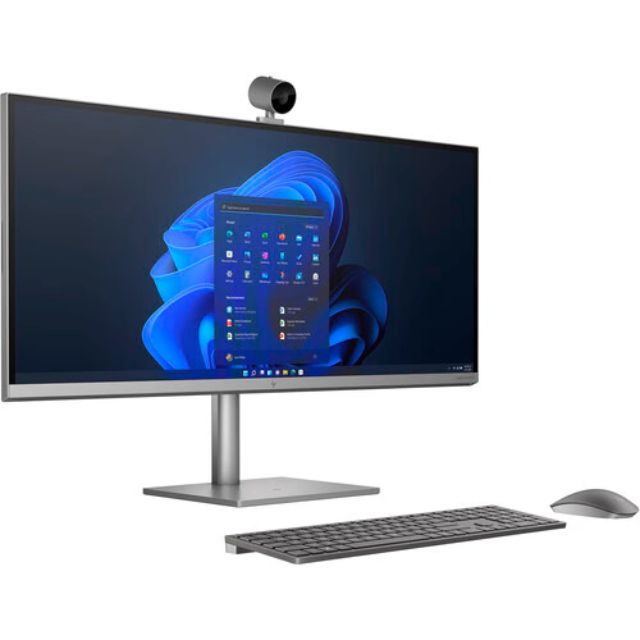 Two things digital content creators need, whether artists, Youtubers, or video game creators, is a big screen and plenty of power behind it. The 34-inch HP ENVY 34-c0050 All-in-One Desktop Computer has both in one convenient, space-saving, and attractive package. Its huge, high-resolution display is perfect for working on fine details, and it's big enough that you can fit multiple documents or programs on it at the same time.

Under the hood is a powerful, modern processor and a reasonably powerful graphics card, as well as plenty of RAM. This combination is the perfect recipe for a content creation machine. However, it is a little pricey, and it, unfortunately, does not have a touchscreen. However, considering how much a high-resolution display on its own will set you back, this HP all-in-one is an ideal desktop PC for creating amazing things.

Desktop PCs come in many and varied shapes and sizes, but few stand out quite as much as the Alienware Aurora Ryzen Edition R14. It’s hard to say whether the Aurora R14 looks more like an alien spacecraft docked on your desk, or a jet turbine from some futuristic fighter jet.

Either way, the unique streamlined design of the R14 makes it instantly stand out from the crowd of glass-paneled RGB lighted towers out there. Unlike previous generations of Alienware’s Aurora PCs, the R14’s interior is worth showing off with a transparent side panel and higher quality components. It can also be outfitted with all the latest and greatest hardware, at a price.

If you’re looking for a powerful and customizable desktop PC, the Alienware Aurora R12 is our best overall pick. For something more affordable that can still tackle the heavy-duty tasks that a desktop PC performs, we recommend the ASUS ROG G10CE.

What to Look for in a Desktop PC

While some people can get by with a more basic PC for web browsing and simple productivity tasks, if you do anything like video editing or play the latest games, you’re going to want a dedicated graphics card (GPU). Nvidia makes the best GPUs now, and most people will find that any of their latest 30-series GPUs provide excellent performance. If you’re on a tight budget, it’s fine to settle for an older, less powerful GPU.

It’s important to have enough Random Access Memory (RAM) on your PC. Typically, you want to have at least 8GB unless you’re considering a low-power Chrome OS device. If you're going to do more multitasking, content creation, or gaming, then you want a minimum of 16GB.

Make sure you get a PC with enough storage space to hold everything you want to store on it. Most people will want at least 512GB. Ensure the primary storage is solid-state (SSD) rather than a hard drive (HDD), as an SSD is much faster than an HDD. You can always add more internal drives if your PC has the space for them, and if not, then external hard drives or Network Attached Storage (NAS) is an option. However, be aware that external storage is much slower.

Andy Zahn has written extensively about computers and other tech for Digital Trends, Lifewire, The Balance, and Investopedia, among other publications. He has reviewed numerous laptops and PCs, and has been building gaming PCs of his own since 2013. Andy utilizes his home-built desktop PC to edit videos for his Youtube Channel.

Adam Doud has been writing in the technology space for almost a decade. When he's not hosting the Benefit of the Doud podcast, he's playing with the latest phones, tablets, and laptops. When not working, he's a cyclist, geocacher, and spends as much time outside as he can.

Jeremy Laukkonen's obsession with technology tempted him away from the automotive industry to become a full-time ghostwriter for several major tech trade publications and a product tester for Lifewire. He tested the MacBook Air with the M1 chip, praising its excellent performance and long-lasting battery.