Check out our top selection of external Blu-ray drives

Fewer computers have built-in optical drives, so external disc drives have become the alternative for reading, writing, and playing back disc media. These Blu-ray drives are not the same as Blu-ray players—while they can play Blu-ray movies on your computer, they’re also designed to write and read other kinds of data stored on Blu-ray discs.

You can use this physical media to securely store backups of your computer or free up space on your hard drive by offloading photo libraries and old files. You can also save important data to the archival-quality disc formats that many of these drives support. 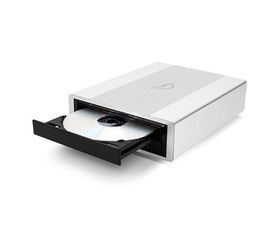 View On Amazon View On B&H Photo Video View On EBay
What We Like
What We Don't Like
Mercury Pro External USB 3.1 Gen 1 Optical Drive Review

The OWC Mercury Pro is our favorite external Blu-ray drive based on sheer speed. Our product tester James Huenink noted that its read speeds were more than twice as fast as the majority of the drives he tested, which is a huge jump in performance. He tested the 16x write speeds with equally impressive results: a 13GB image library burned onto a Blu-ray disc in under 20 minutes from start to finish.

If you’re looking to read from or burn a lot of Blu-rays, the Mercury Pro is the best one we’ve tried. But James also noted that it’s not a replacement for a dedicated Blu-ray player. While videos look great on the connected laptop, that quality doesn’t translate if you connect the laptop to a TV.

At 8.6 x 6.6 x 2.3 inches and almost 4 pounds, this is a somewhat bulky device that’s too heavy to truly be portable. The aluminum build looks great and feels durable, but it’s best left at home.

"To test the read speeds, we ripped a copy of Die Hard, about a 37 GB file, using MakeMKV. The Mercury Pro ripped it in a blazing fast 24 minutes, more than twice as fast as most of the drives we’ve tested." — James Huenink, Product Tester 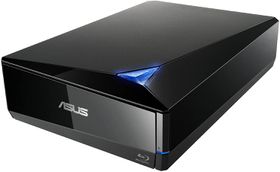 The ASUS BW-16D1X-U can both read and write Blu-ray discs (as well as DVD and CD formats). But its main selling points are the 16x write speeds and included backup software. Asus includes access to the online NeroBackup program, which allows you to back up data from your Android device to Blu-ray.

It also includes CyberLink Power2Go 8 software, which streamlines the process of burning your data to discs and includes optional data encryption to protect your files and personal information. Our reviewer James noted that this software does not appear to work on Macs.

The BW-16D1X-U includes support for both M-Disc and BDXL disc formats. M-Disc is a proprietary archival disc format that’s designed to preserve data for up to 1,000 years. BDXL (which stands for Blu-ray Disc Extra Large), is a type of Blu-ray disc that can store more than five times the data of a regular Blu-ray, making it an effective storage format for large collections of files. This Blu-ray drive can support these archival and high-capacity formats as a data backup solution.

"We tested the write speeds by making a copy of a 14 GB photo file, which took slightly over 33 minutes, comparable to what you’d get from a slim drive." — James Huenink, Product Tester

Courtesy of Amazon.com
View On Amazon View On Walmart
What We Like
What We Don't Like
Pioneer BDR-XD05B Blu-ray Burner Review

The Pioneer BDR-XD05B Blu-Ray Burner is a lightweight device that’s best suited to infrequent reading and writing tasks. The 6x read and write speeds are pretty slow, but the drive generally performs well and takes up very little space.

If you occasionally want to make copies of discs or burn some files to a Blu-ray, the BDR-XD05B is a solid device to have on hand. The biggest caveat is that it's only Windows compatible.

This device weighs only 8 ounces, so it’s definitely portable. But our reviewer James noted during his testing that the lightweight construction feels pretty flimsy. Also, like most of these drives, it doesn’t perform like a dedicated Blu-ray player.

"There are a lot of Blu-ray burners that can both read and write much faster than this, but the Pioneer BDR-XD05B combines low cost with portability to make up for it." — James Huenink, Product Tester 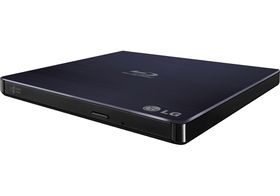 The LG Ultra Slim Portable Blu-ray/DVD Writer lives up to its name in terms of form factor. This drive is just 2 inches thick, making it one of the most compact devices on our list. It’s a solid option for anyone who needs to burn archival or high-capacity Blu-ray discs for data storage.

The write speeds aren’t the fastest, but it supports both M-Disc and BDXL discs and is a lower price than many drives with this technology. M-Discs are an archival media format (this drive actually comes bundled with a Verbatim M-Disc), and BDXL discs are high-capacity Blu-ray formats that hold several times the data of standard Blu-rays.

One downside is that it requires two USB connections: one to your computer, and another to a power supply. The short length of the included cords can make it tricky to connect it to a wall adapter if needed. 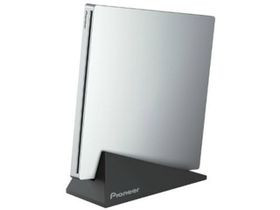 The Pioneer BDR-XUO3 is compatible only with Macs, and reflects the sleek aesthetic of Apple products in its design. This slim drive measures 5.2 x 0.8 x 5.2 inches and weighs about half a pound. It has a durable magnesium body and comes with a stand, so it can be vertically oriented with an even more compact footprint.

But this Blu-ray drive has a few other standout features. It supports the high-capacity BDXL disc format and has a few intelligent playback modes, including PowerRead, PureRead2+, and Auto Quiet mode.

The PowerRead and PureRead2+ modes automatically provide smoother playback for music and movies, and the Auto Quiet mode automatically reduces the sound of the disc in the drive. These modes emphasize the BDR-XUO3 as not only a disc reader and writer, but a device suitable for media playback as well.

Our top pick is the OWC Mercury Pro (view at Amazon) for its super-fast read and write speeds and durable build. If you want something primarily for backups and data storage, the ASUS BW-16D1X-U (view at Walmart) supports archival and high-capacity disc formats with the option for data encryption.

Emmeline Kaser is a former editor of Lifewire’s product round-ups and has several years of experience researching and writing about the best consumer products out there. She specializes in consumer tech, including Blu-ray drives.

James Huenink is a writer and copywriter who has written for various publications including VPNside.com, The Federalist, Amendo.com, and Brew Your Own Magazine. He specializes in portable entertainment devices, and has reviewed several of the Blu-ray drives on this list.

What to Look For in an External Desktop Blu-ray Drive

The most basic Blu-ray drives are useful only for playing Blu-ray movies. If you want to burn your own Blu-ray discs, look for one that’s capable of writing or rewriting. Drives that can both write and rewrite Blu-ray discs are more flexible, but rewritable Blu-ray discs can’t store as much information as regular ones.

There are two compatibility issues to look out for with an external Blu-ray player: port type and operating system. Blu-ray players that support USB 3.0 transfer data faster, but that doesn’t help if your computer has only USB 2.0 ports. In that same vein, some external Blu-ray drives only work with Windows, others only work with Macs, and some can be used with both.

If you want an external Blu-ray drive only to watch movies, speed isn’t a big concern. But if you want to rip Blu-ray movies to your hard drive or burn your own Blu-ray discs, a faster drive will save you a lot of time.