The Best Cordless Phones of 2023

Go cord-free in your home or office

Despite the wonders of today's cell phones, many people still prefer a landline's reliability, convenience, and call quality.

They're relatively straightforward gadgets, and we think the AT&T DL72210 is the one to buy. Your call will sound good and stay connected as you walk around, and you can connect to your cell phone for added convenience. The system can be expanded with additional handsets if the two provided aren't enough.

However, if you live in an area prone to power outages, the Panasonic KX-TGE475S is the obvious choice. Its feature set is comparable with the AT&T model we like, but the Panasonic has a terrific battery backup to keep you connected longer than the other models. 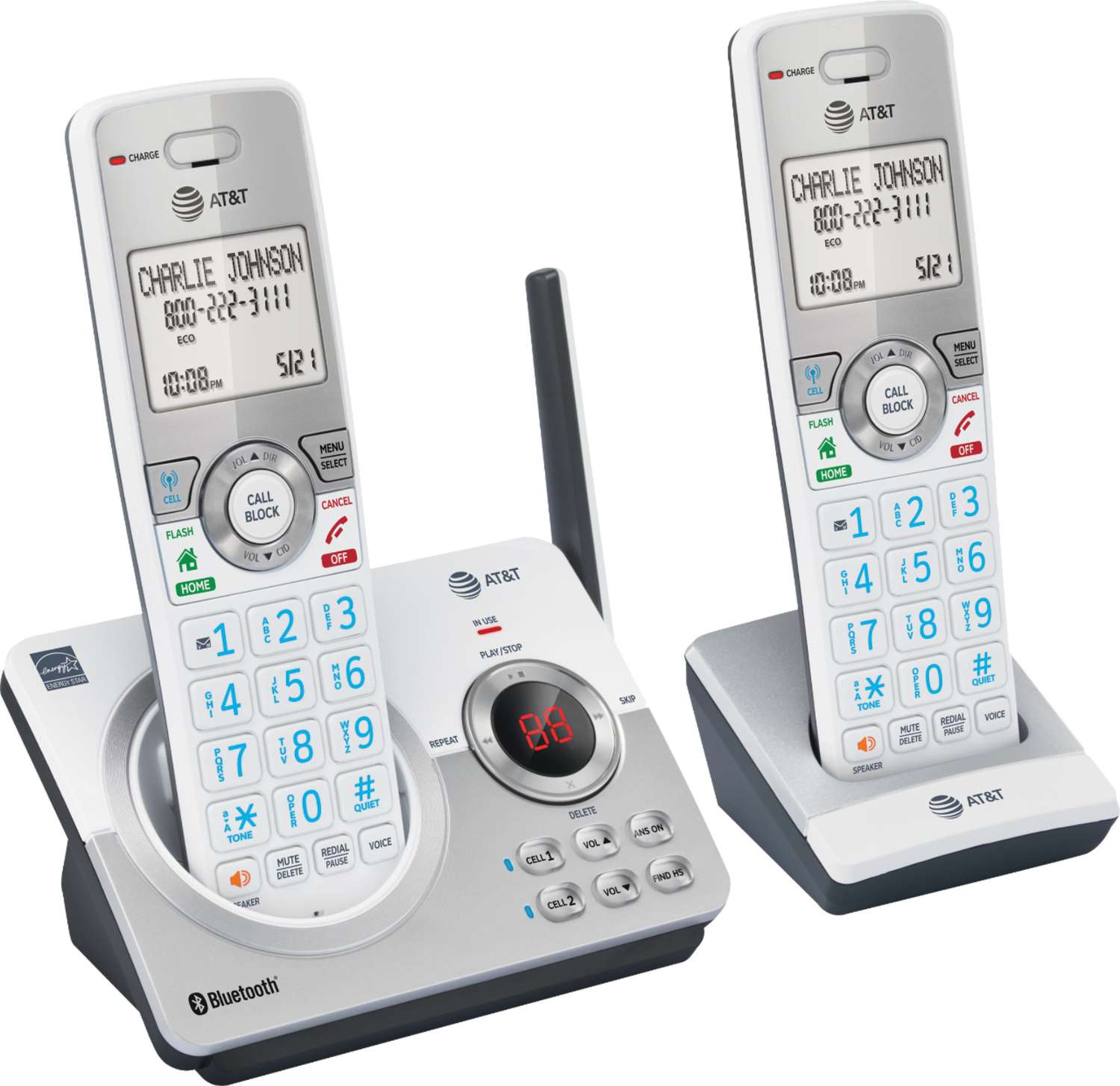 You can even use the DL72210 to interact with your digital assistant. This is a modest system with slightly more than modest features and is probably exactly what you're looking for without even knowing it. 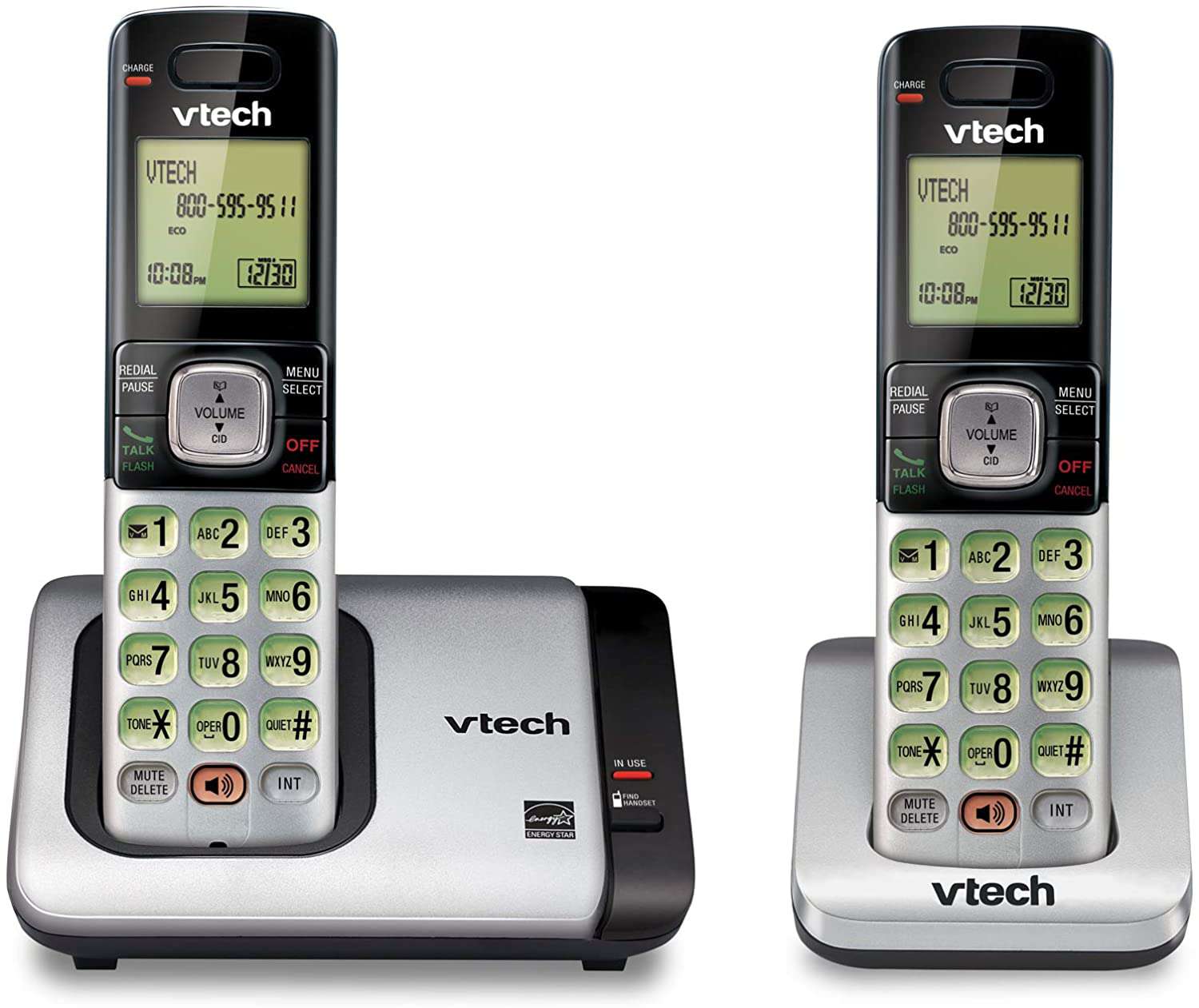 This two-handset system is under $40 but doesn't come with an answering machine. It's up to you to decide if that is a plus or a minus. The VTech system has the technology to keep your calls loud and clear, so if you want a simple cordless phone for your landline…Well, you're all done.

Both handsets have large, backlit screens which are easy to read. The phone system is expandable to up to five total handsets. We like this as a budget option because it's a multi-handset system with nice extras and a low price tag. 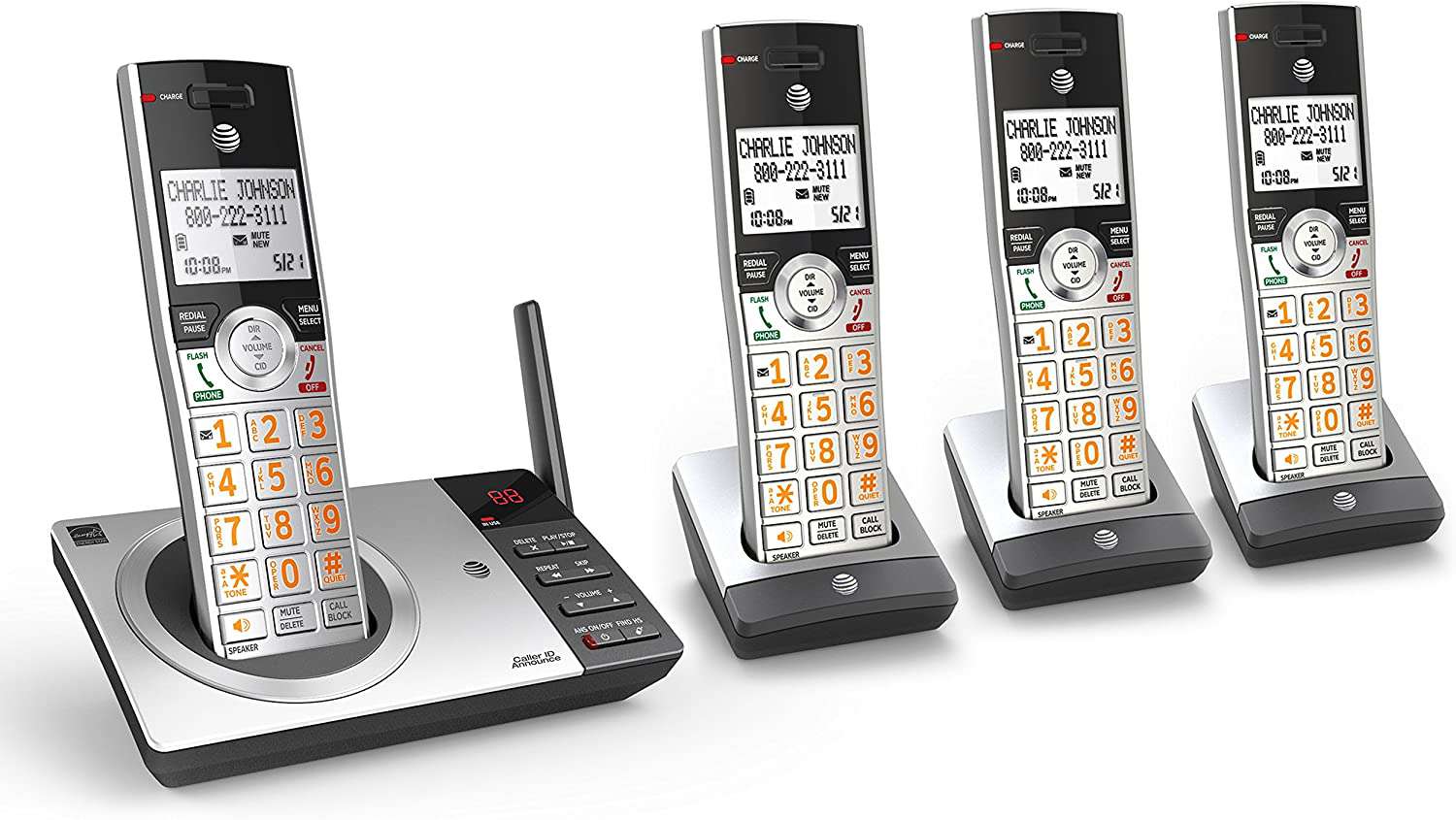 If you have a big home or office (over 2,000 square feet), consider the AT&T CL82407. It has an antenna design that aims to have the best range around. The system has four handsets, but you can expand it as needed to have up to 12.

It also has an answering machine, and Caller ID announce, so you know who's calling before you even pick up the phone. Other features like automatic robocall blocking work well, and the high-contrast screen is easily read, even from a distance.

The Best Cell Phones for Seniors of 2023 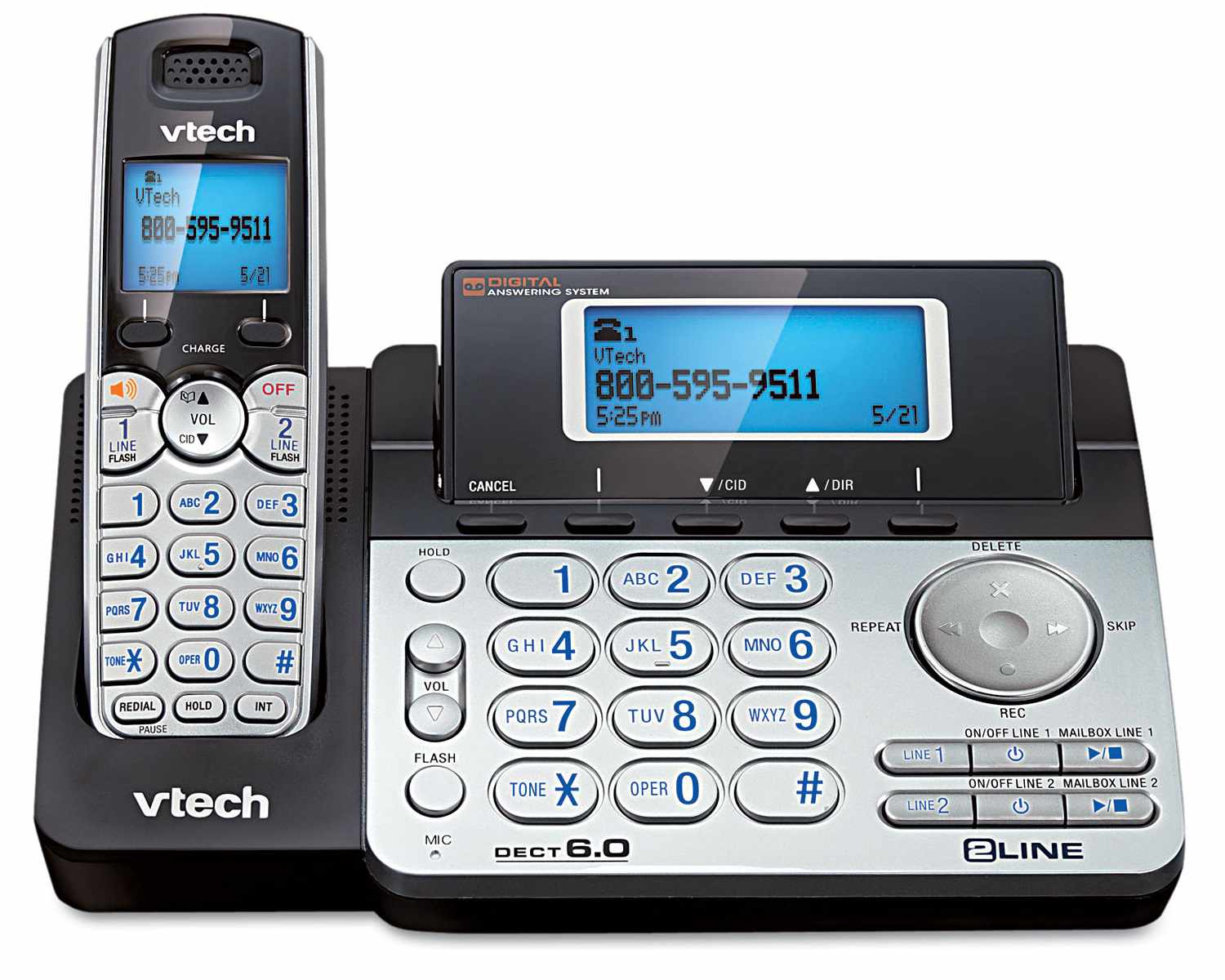 The handsets encrypt the calls, so you can feel comfortable that folks won’t be listening to your calls as the signal is sent back to the base unit.

In summary: Two lines, two answering machines, and one handset. Wait, it only comes with one handset?! Yes, but you can add 11 more if you want. 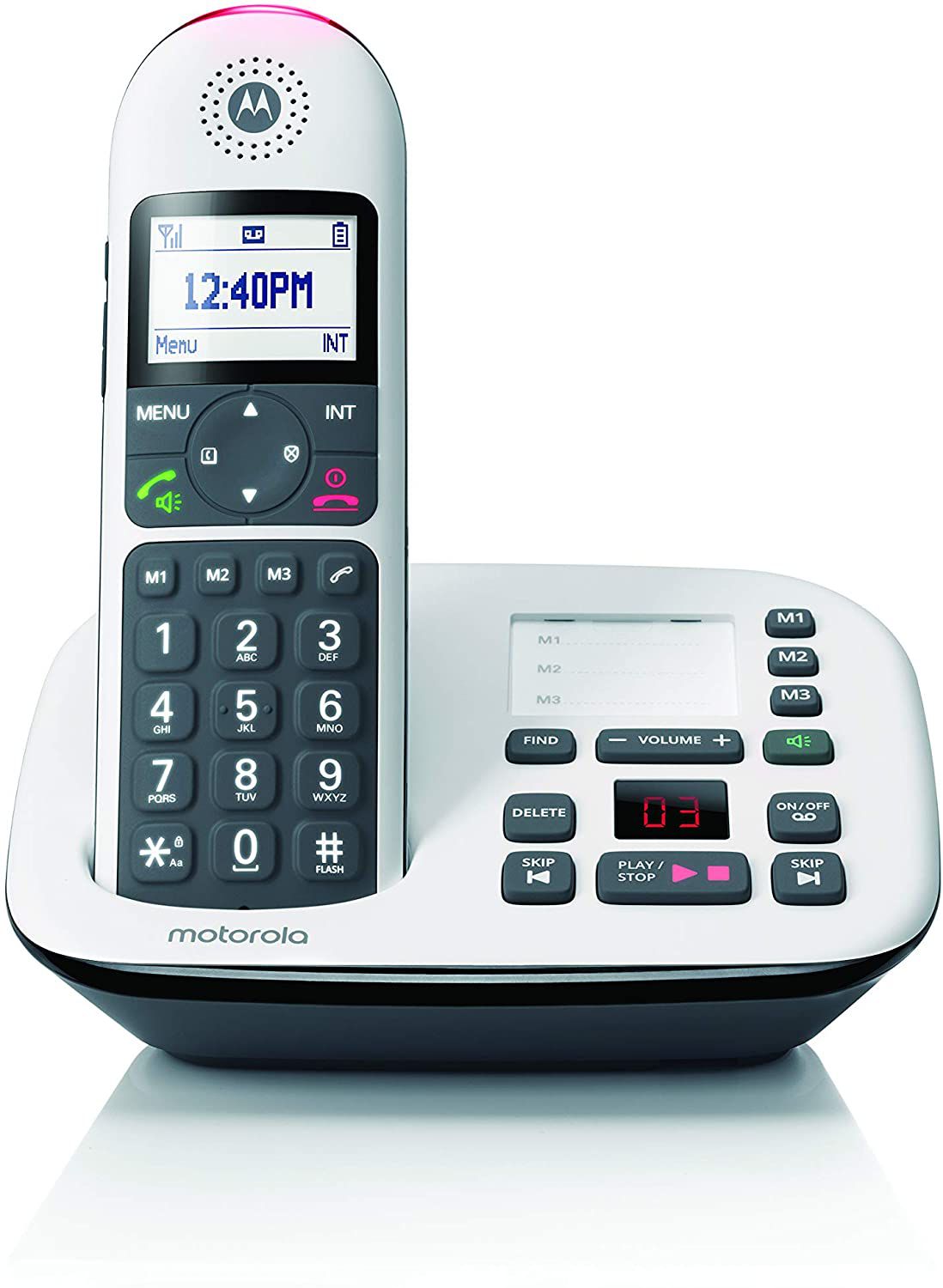 If you must have a Motorola cordless phone, the CD5011 ticks all the boxes: answering machine, spam button to tell the phone not to accept a call from the number that just called, volume boost for those hard of hearing, and it’ll announce who’s calling before you answer it. The handset keys are not backlit, so dialing at night can be difficult.

If you want to buy a cordless phone from a manufacturer that seems to know where things are headed, look no further than Panasonic. The KX-TGE475S is a cordless phone system that doesn't require a landline.

The key feature of this Panasonic model is that it includes a 12-hour battery backup. So if your power goes out and your landline is still working, your smartphone will too. Remember, though, you are paying dearly for that battery backup.

What to Look for in a Cordless Phone

DECT stands for Digital Enhanced Cordless Technology. We touched on this a little earlier, but we have a full explainer of the technology as well. Essentially, it's a standard in cordless phones that ensure that a phone has great range and call clarity. Plus, DECT phones can intercom with each other and use VOIP, or internet telephony, services like Vonage or Ooma that will send your calls over the internet rather than via the traditional phone network.

Patrick Hyde lives in Seattle, where he works as a digital marketer and freelance copywriter and writes about technology for Lifewire. His expertise includes Android devices and consumer technology, such as cordless phones for your home.