The 5 Best CD Recorders and CD Recording Systems of 2022

The best CD recorders and CD recording systems can help you recover and preserve some of your older music stored on mediums that are incompatible with newer technologies. Since almost everything has gone digital, it makes it difficult to listen to music stored on records, cassettes, and older mediums.

CD recorders and CD recording systems will do something called ripping, which essentially converts the music from an analog format into a digital format such as an MP3 or AAC file, stored on a CD. Once the content is on a CD, you can listen to it on any CD player.

You can also convert the files into a digital format to upload them to other media devices, like your phone. In some cases, you may even be able to store those files on a flash drive for playback on modern audio systems or upload them to a music service.

Tascam CD-RW900MKII Professional CD Recorder. Images provided by Amazon
View On Amazon View On Walmart View On B&H Photo Video
What We Like
What We Don't Like

The Tascam CD-RW900 Mk. II is a CD recorder aimed at the professional market, but that’s what makes it so relevant for consumers too. It doesn’t compromise quality, which means you’ll get a loyal conversion every time. Asahi Kasei Electronics’ AK4528VM AD/DA chipset powers the system, offering clean, crisp sound.

It features analog, digital optical, and coaxial audio inputs and outputs so you can connect a plethora of audio devices both for pass-through recording and playback. Independent level controls for left and right channel inputs offer additional personalization, alongside pitch and job controls. If you want more robust support for precise audio and quality editing, this is the machine.

It employs the high-performance AKM codec to capture audio so your CD conversions sound more natural and genuine. An optional rec-mute function can insert a specified period of silence between tracks too, mimicking the experience of listening to a CD.

A P/S2 keyboard input is located on the front, but no keyboard is included. If you plug a keyboard in, you can update the track information, including the disk and track titles. You can also control the unit with multimedia keys if they are available. 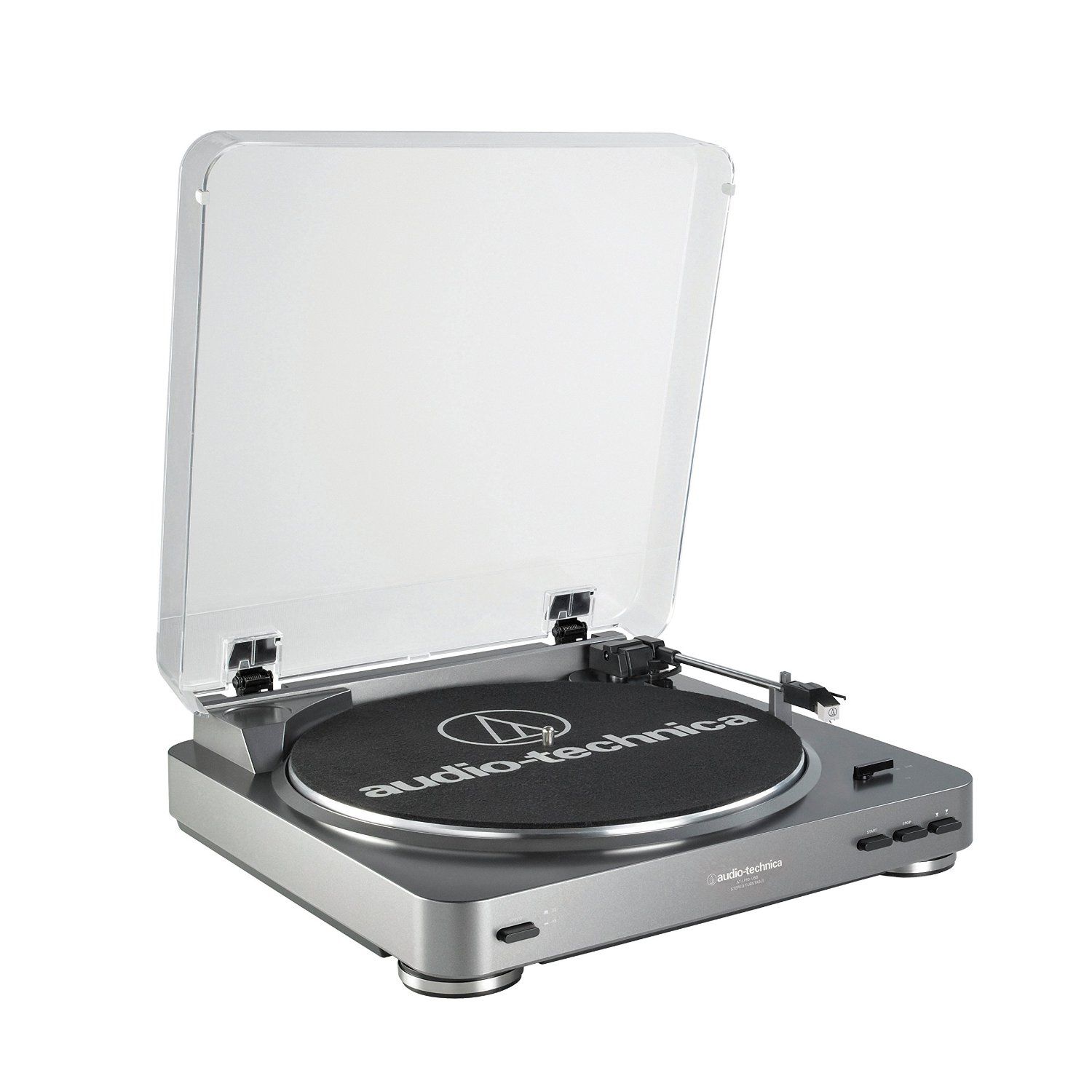 Courtesy of Amazon.com
View On Amazon View On Walmart View On Best Buy
What We Like
What We Don't Like

The Audio-Technica AT-LP60-USB is an easy-to-use digital recording system that includes a turntable with a cartridge and a USB output. That means you can connect the system to a PC or laptop to record and convert music on old records into a digital format. It also comes with a software license for the tool to transfer vinyl records into CD or MP3 formats. It’s compatible with both PC and Mac computers.

It doubles as a modern record player, thanks to a built-in preamp and included RCA output cables. You can connect it to a CD or AUX audio input on home theater and audio systems to playback your old vinyls when you’re not converting the music.

An anti-resonance die-cast aluminum platter mitigates vibrations during playback, which reduces operational noise during recordings. The belt-drive design offers increased fidelity for clear, authentic conversions. A removable and hinged dust cover keeps both the system and any inserted records debris-free. 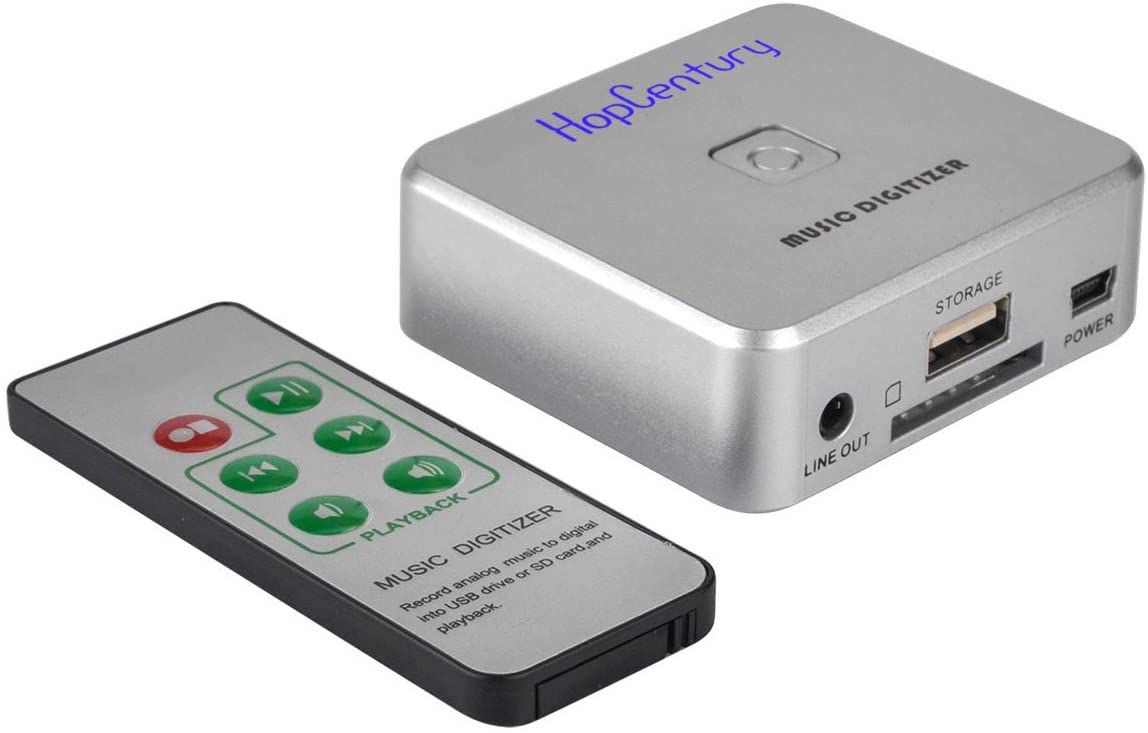 While it’s not solely a CD player or recorder, this HopCentury Music Digitizer will capture audio signals and save them in a digital format, as MP3s. You can plug in a USB flash drive or SD card to capture the audio. Later, you can take those storage devices and transfer music to a computer or another drive, or upload it to a cloud service.

Ultimately, the system allows you to preserve and digitize your music collection, even on older mediums like records or cassettes. Recorded files are stored in 128Kbps 44.1Khz dual-mono format, equivalent to CD-quality audio.

The remote makes it easy to start and stop playback, as well as begin recording. The digitizer features both an RCA input and a 3.5mm audio in (AUX) port, as well as a separate 3.5mm line out so you can listen in.

“This is a more affordable and versatile option for those who already have the perfect audio recording or playback setup and don’t want a whole new system.” — Briley Kenney, Tech Writer

The TEAC CD-RW890MKII Recorder takes an incoming audio signal and burns it to a CD. Inputs include S/PDIF optical and coax, as well as RCA. Just plug the device you want to record from into the unit, start playback, and then begin recording. It can also play audio CDs. Supported sampling frequencies are 32kHz, 44.1kHz, and 48kHz.

The recorder comes with a remote, making it easier to adjust settings, start or stop playback, and control recording sessions. It does require additional equipment, so you’ll need more than this recorder if you don’t already have a playback setup. The biggest drawback is that this recorder is hard to come by, since it’s directly imported from Japan.

The 7 Best Bluetooth Speakers of 2022 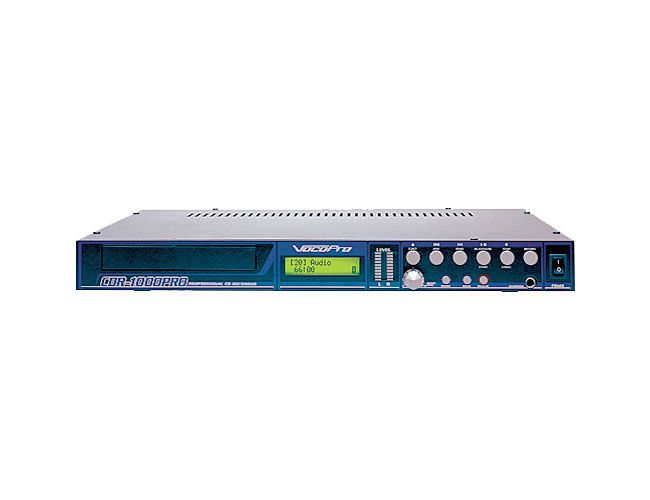 This standalone CD recorder is designed to slide into an existing rackmount, taking up 1 RU of space. It can burn to and playback CD-Rs, CD-RWs, 8cm CD-Rs, and 8cm CD-RWs in real time, and no additional equipment is needed. You will need to connect the audio equipment you wish to record from, however.

Erasing CD-RWs for reuse is quick and easy, and it can be done at the push of a button. The same is true for finalizing CD-RW burns. Inputs include RCA and XLR audio, as well as digital coaxial. There’s an RCA output, too, and a 3.5mm headphone jack so you can listen in during recordings. Advanced specs are limited, including sample frequencies and audio recording quality.

“If you have a professional rackmount with enough space, this CD recorder is a solid choice.” — Briley Kenney, Tech Writer

The Tascam CD-RW900 MK. II (view at Amazon) is a professional-grade CD recorder that will give you quality rips of your old music, whether it's from vinyls, cassettes, or another medium. But it is a lot more involved to set up and use, unlike the Audio-Technica AT-LP60-USB (view at Amazon) which plugs right into a home theater system or computer. Both systems will give you clear, quality recordings of your favorite old-school music.

Briley Kenney has been writing about consumer electronics for over a decade, including home theater and audio equipment. During that time, he’s gained a lot of valuable knowledge about technology that he loves sharing with others.

What to Look For in CD Recorders

You want to make sure the CD recorder you choose is going to be compatible with your existing equipment. Does it include an input to hook up your current player, whether it’s a record player or cassette deck?

True to their name, most CD recorders will record audio streams directly to a disc. However, some also record to digital formats like MP3, or other mediums. Consider what you need your recorder to do, and go from there.

If you want to be certain the recording is going well, you can always listen in with headphones, but the CD recorder or system must support it. If this is something you want to do, look for a headphone or AUX output you can use to listen live.