Need a new desktop computer but you're on a budget? Our experts can help.

Alan Bradley is currently a freelance writer. Formerly, he was the Senior Tech Editor for Dotdash and the head of commerce for Lifewire. He worked for Dotdash from September of 2019 to May 2021, and is an experienced culture and tech writer/editor, with a background in journalism and reporting.

Lower cost PCs are now so powerful that unless you're an avid gamer or edit video in your spare time, they'll easily be powerful enough for anything you can throw at them.

With that in mind, you won’t go wrong if you just buy the Acer Aspire TC-895-UA91. You’ll need to add a monitor and any apps you might want to run, but other than that, it’s a solid deal that won't break the bank. 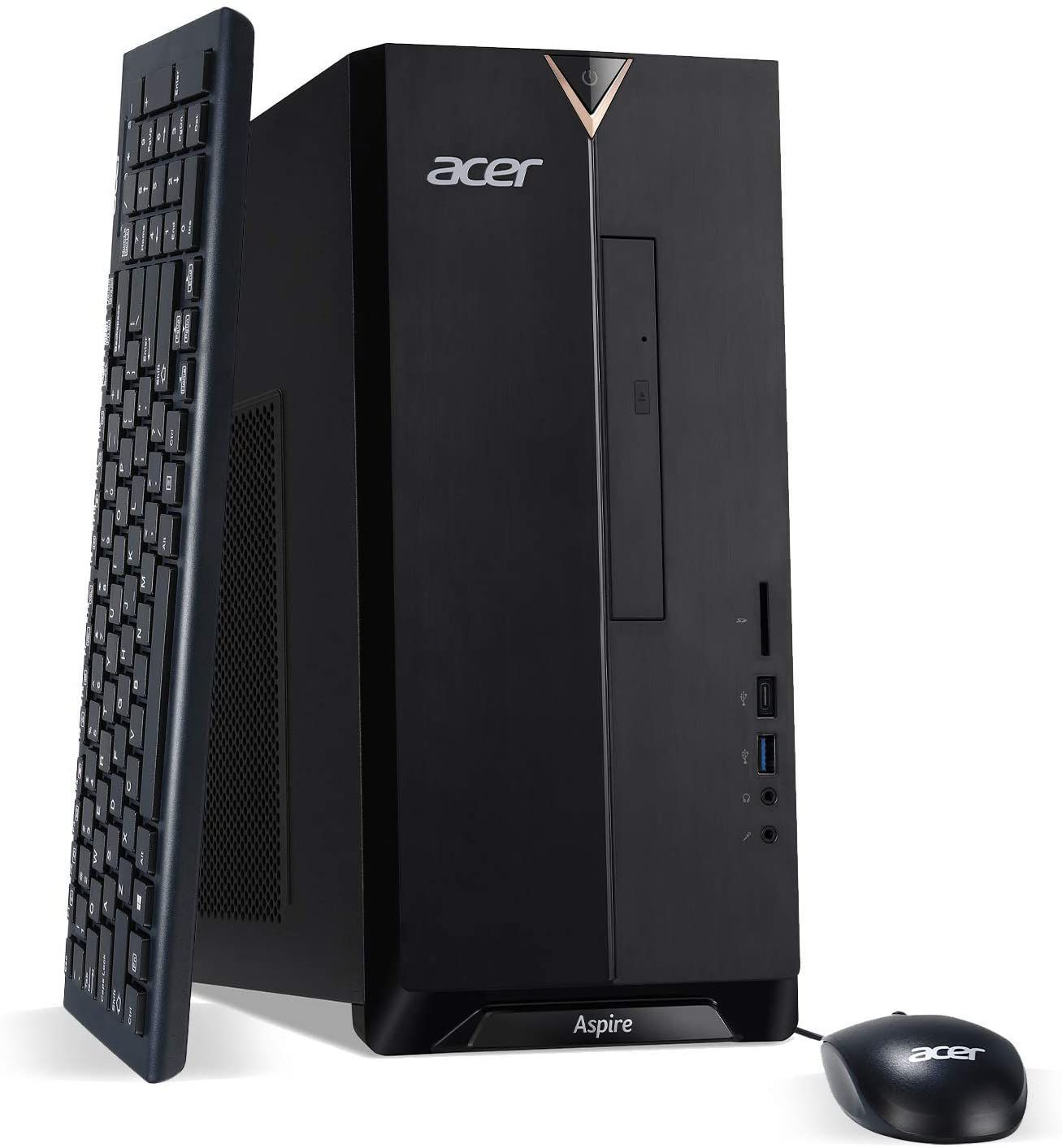 The Acer Aspire would not be counted as a powerhouse computer compared to many PCs. But if you are looking for a basic machine with enough power for day-to-day tasks and doesn’t come close to breaking the bank, this will fit the bill nicely.

This tower computer comes complete with everything except a monitor. A few features caught our attention and pushed it to the top: It’s got a SSD (Solid State Drive, so is rather like a giant USB stick with silicon memory rather than a spinning disc) rather than an old-fashioned Hard Disk, so the system should feel more responsive, along with a DVD player/burner, and plenty of ports for anything you might want to plug in. It's simple, straightforward, cheap, and gets the job done. 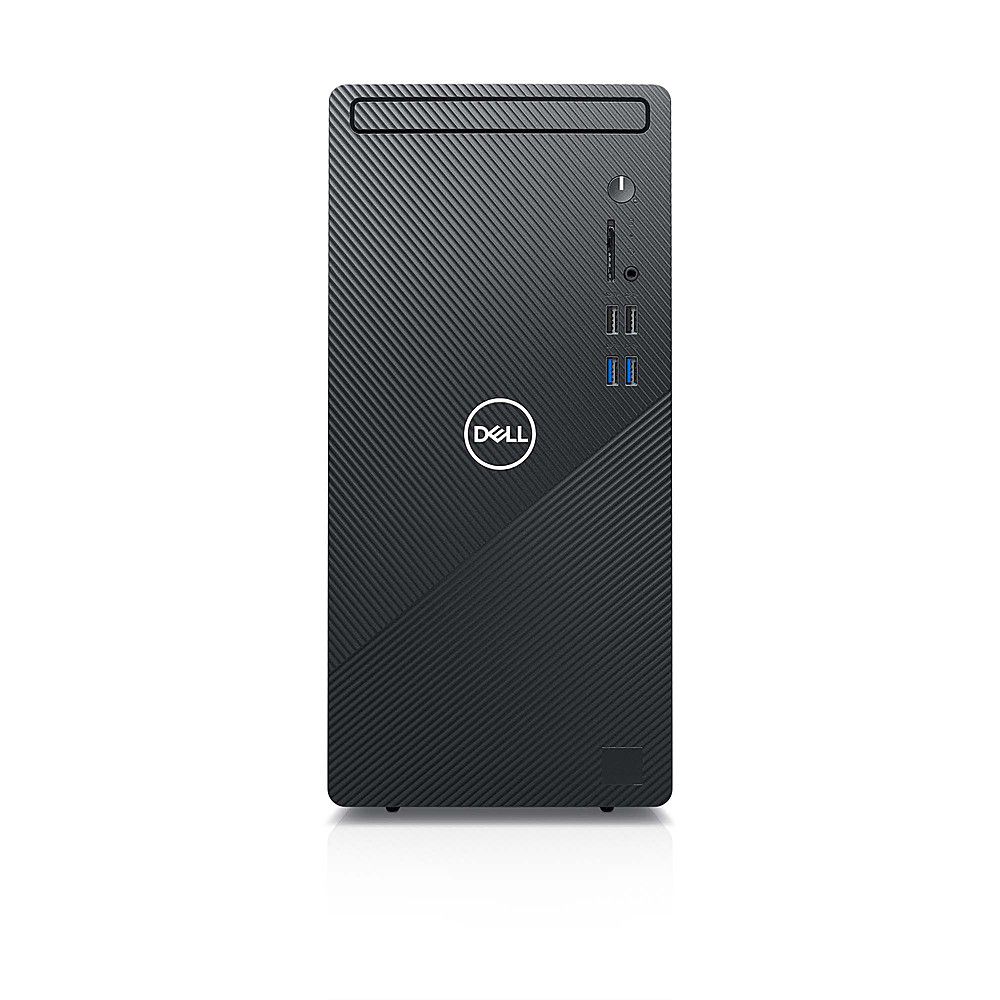 This Inspiron tower comes from one of Dell's budget series and comes in a number of configurations, which means you can buy as high as your budget allows and then upgrade it down the road.

The base configuration comes with a 1TB hard drive, and it's a traditional drive rather than a more modern (and much faster) SSD, which uses silicon storage just like a giant USB stick. You can add an SSD for a small increase in price, but if you want to upgrade your computer, we recommend upgrading the processor first.

There's also a lot of ports on this tower. You get eight USB-A ports, but no USB-C unfortunately, which is used by most newer peripherals. That's a big oversight, for sure, but you also get an SD Card reader, HDMI and VGA outputs, Ethernet, and two audio out jacks. Overall, this feels like a slightly outdated option.

"Dell’s Inspiron series takes a no-nonsense approach—you’ll love the price-to-processing ratio, but might find some of the specs a tad limiting." — Jason Schneider, Tech Writer

If you are not set on using Windows, this Mac will not at all disappoint. Our reviewer Jeremy reported the unit handled every office task he threw at it without ever getting hot or having the fan spin up. In fact, we’re so enthusiastic about this machine we’re going to tell you only about the downsides.

You can’t upgrade it after you buy it, it doesn’t have a lot of ports, and it does not come with a keyboard, mouse, or monitor. If you have those components from your old setup, this is a great machine at a good price. If you still have to buy those other pieces, it does get on the pricier side (it’s a budget machine from Apple’s point of view, likely not yours). Again, this Mac mini has handled everything we’ve thrown all while being in a pretty unassuming box.

The first Apple desktop to get the M1 chip, the Mac Mini is some impressive hardware. The M1 CPU features eight cores, including four performance cores and four efficiency cores, and the same chip also includes an eight-core GPU. When running the single-core Cinebench test though, the M1 Mac mini scored 1,521, which is the second-highest score Cinebench has on record. It also scored a decent 60.44fps during a gaming benchmark. Many productivity apps run well on the Rosetta 2 translation software but, sadly, there's no Bootcamp for running Windows. If you just need a Mac, though, this is a great deal. — Jeremy Laukkonen, Product Tester

View On Amazon View On Samsclub.com
What We Like
What We Don't Like
Acer ChromeBox CX13 Review

This computer is a bit hard to explain. It doesn’t run Windows, macOS, or even Linux. Instead it runs ChromeOS, Google's browser-based operating system. If you live mostly on the web (which frankly most of us do), this machine can quite likely meet your needs. ChromeOS is also the system used by an awful lot of schools, so this could be a great option if you have kids (not least because they'll be able to show you how it works)

One spec we didn’t love was having just 64GB of offline storage—so you'll need to be comfortable storing all your data online rather than on your own machine. However, ChromeOS makes this process almost invisible to the user, so you don't really have to worry about it.

Designed to disappear into the background, the Acer Chromebox CX13 is six inches tall and only about an inch and a half thick. It has an integrated graphics card, so it's good for watching videos and playing the occasional casual game. In benchmark testing, this particular model doesn’t score as well as the higher tier configurations with i5 or i7 chips, but the i3 chip still received respectable marks. An included keyboard and mouse combo are of decent quality and comfortable to use. — Erika Rawes, Product Tester

There are two picks that make the top of our list: Acer Aspire (view at Amazon) if you are in the Windows camp and the new M1-based Mac mini (view at Best Buy) if you are in the Mac camp. The Aspire has plenty of what you’ll need to get going, but keep in mind that it’s not a gaming PC. The Mac mini is one of the fastest Macs we’ve used, but you will need to bring along a keyboard, mouse, and monitor (which can really up your costs).

Alan Bradley is a Senior Tech Editor for Dotdash and the head of commerce for Dotdash. He joined the company in September of 2019, and is an experienced culture and tech writer/editor, with a background in journalism and reporting.

Jeremy Laukkonen has been covering consumer technology and gadgets for Lifewire since 2019. He previously worked for an automotive blog, wrote for major trade publications, and co-founded a video game startup.

What to Look for in a Budget Desktop PC Under $500

Most budget PCs that clock in under the $500 mark doesn’t come with a monitor, and adding even a small one can end up breaking your budget. All-in-one PCs are the exception because they’re literally monitors that have all of the necessary computer hardware built right in.

Manufacturers invariably end up cutting corners on budget-priced PCs to save you money. You may have trouble finding a PC under $500 that comes with USB-C ports, but there are a lot of options that include multiple USB 3.1 connections, built-in Wi-Fi, Bluetooth, and more.

The great thing about buying a budget desktop is that you have the ability to upgrade most of the components later on. If you want the option to install a video card, an SSD, additional USB ports, or anything else, look for a PC that’s built-in an ATX tower case. If you go with an all-in-one or a mini PC, you’ll have more difficulty upgrading.