Get a new smart phone from BLU 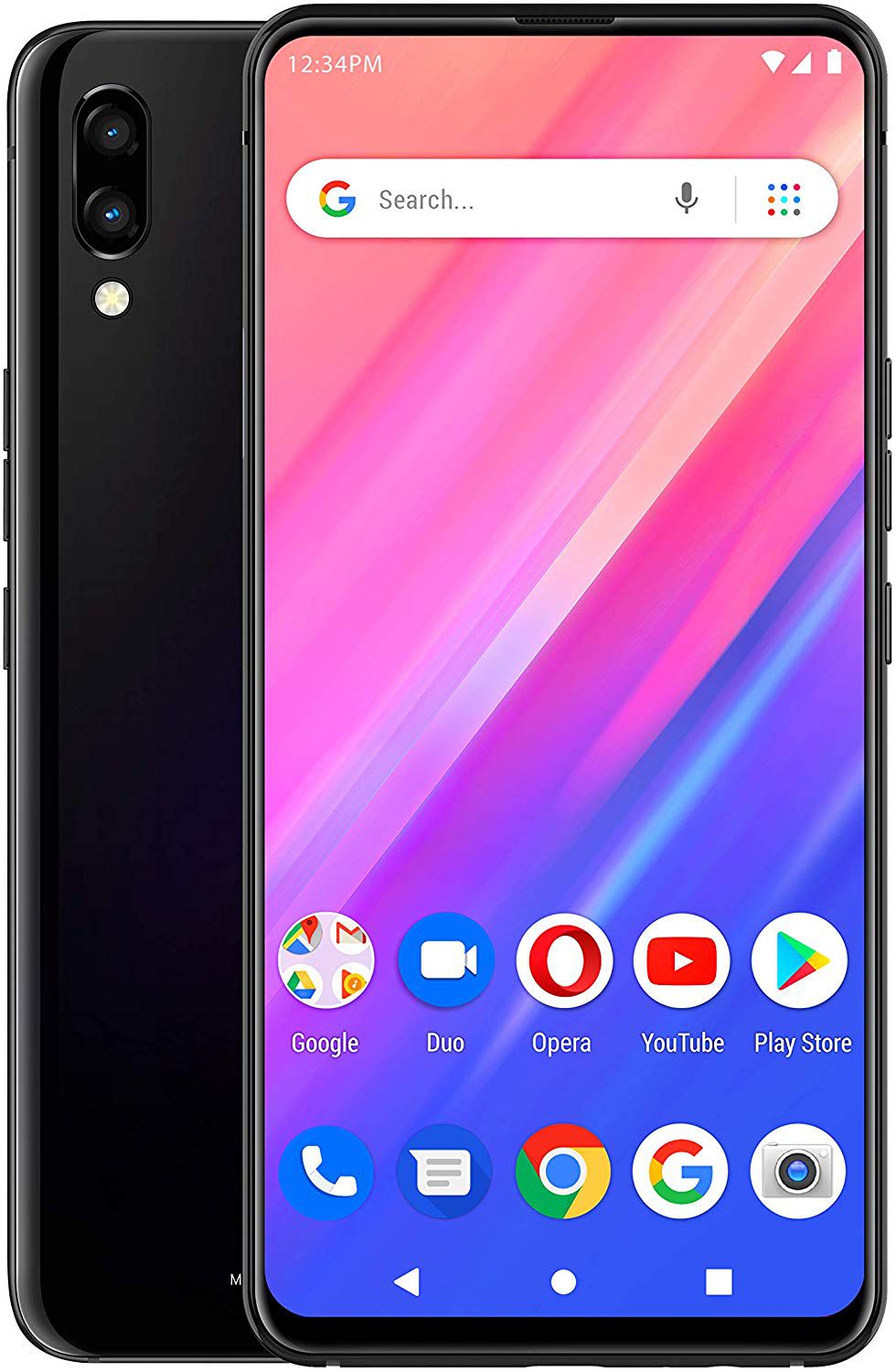 BLU has been a front-runner in the budget smartphone space and its tech-savvy Bold N1 leads the charge in that regard. Its 6.4-inch Full HD+ AMOLED display is a rarity at this price point. Strengthened by Gorilla Glass 5, the display also hides an ultrasonic fingerprint sensor for password-free security.

Looking at the front, you’ll notice there’s no selfie camera visible — that’s because a 13MP pop-up camera is tucked inside the phone’s border. The camera itself isn’t much to write home about, but it makes for one of the most impressive bezel-less designs we’ve ever seen. However, the Bold N1 still features a robust 16MP camera sitting atop a 5MP depth-sensing companion sensor packaged with MediaTek Helio P70’s AI capabilities for post-processing.

The 2.1GHz octa-core chipset is mid-range hardware, but is still up to the task of smooth and consistent Android operation, especially with 4GB of RAM to help with multitasking. If all that isn’t enough, you have your choice of USB-C 18W fast charging or wireless charging for the 3,500mAh battery. Good luck finding another smartphone with all of this flagship tech for under $300. 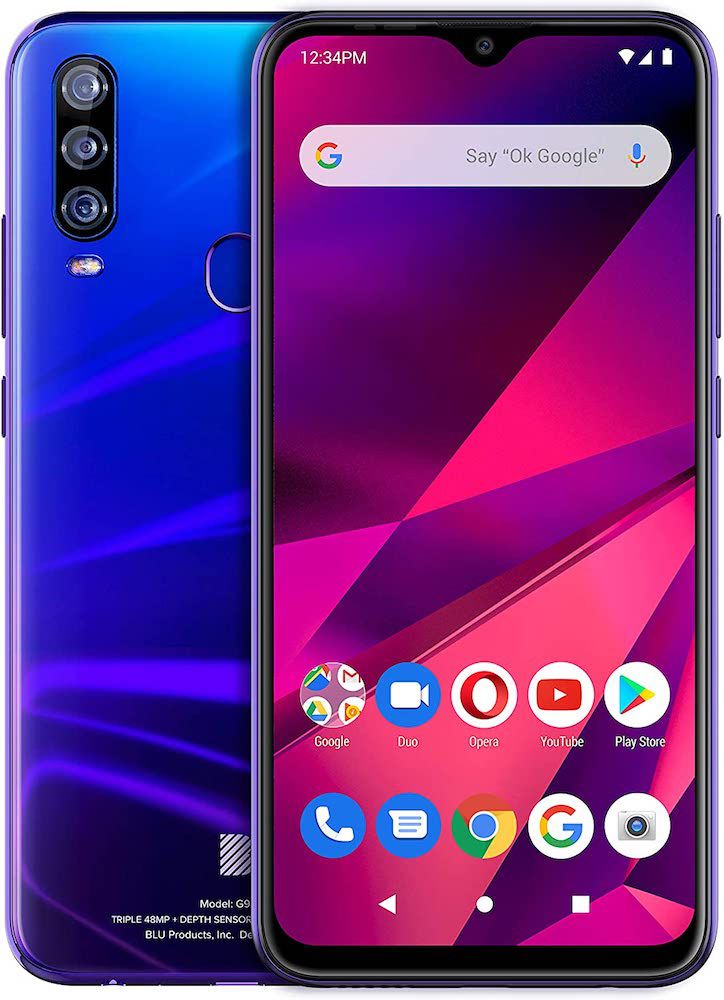 If you can't go a second without snapping a photo, then consider checking out the AI-powered BLU G9 Pro and its array of cameras. The primary rear camera is a 16MP f/1.8 sensor, while a secondary 20MP option steps up for night time shooting. Both are helped along by a third depth-sensing camera for portrait mode. These cameras won’t set the world on fire, but you can count on them for most routine situations. There’s also a 24MP selfie camera splitting the middle of a 6.3-inch Full HD+ display. The teardrop bezel design maximizes screen real estate without the excess cutouts seen on other all-screen models.

Performance-wise, the BLU G9 Pro is a very slight step under the flagship-like BLU Bold N1. MediaTek lends the Helio P60’s talents with a 2.0GHz octa-core architecture, plus there’s 4GB of RAM and 128GB of expandable storage. That’s enough juice to do anything Android allows with no hiccups, like running some of Google Play’s top games with no issue. A 4,000mAh battery with wireless charging and a USB-C port capable of receiving 18W top-ups will keep you in action all day long. 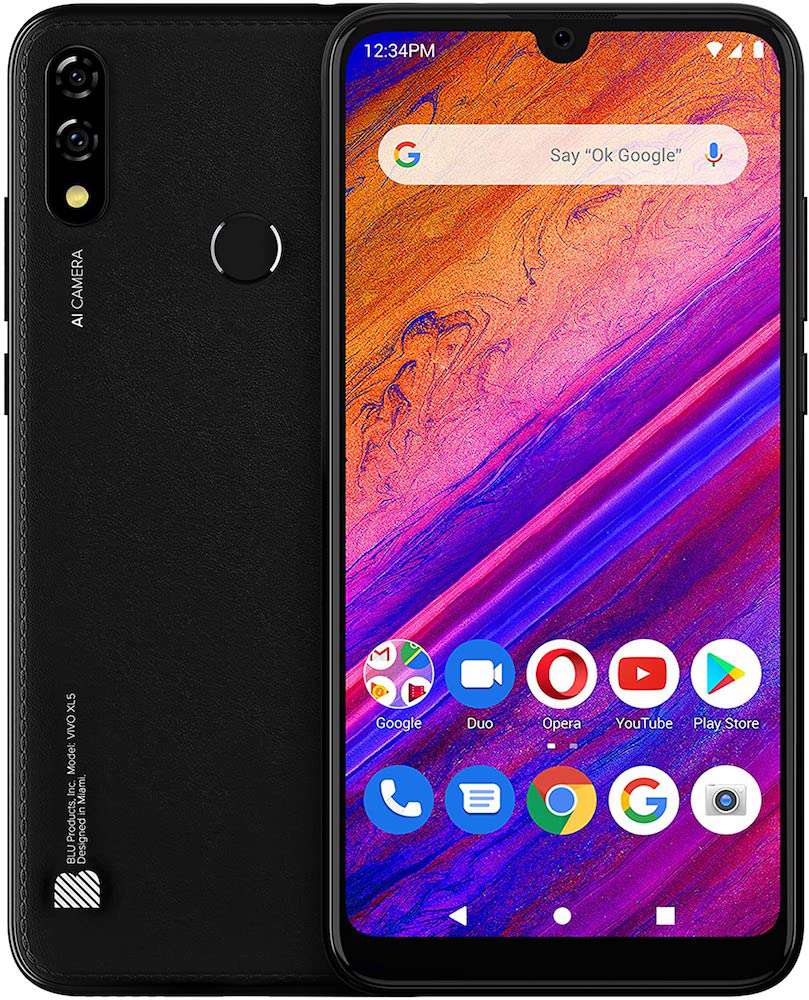 The BLU Vivo XL5 has emerged as a fan-favorite among the company’s latest line of smartphones. It’s a well-built device with a unique stitched leather backing and a reasonable price tag. The Vivo XL5 comes equipped with a curved 6.3-inch HD+ IPS display which amounts to just 267 ppi; more than sufficient for basic apps and casual media.

Unlike most BLU phones, the Vivo XL5 uses a chipset from little-known vendor Unisoc, which supplies its ARM Cortex-A55 1.6GHz octa-core processor. Pair that with 3GB of RAM and Android 9.0 Pie, and the phone will please anyone with reasonable expectations. The 720p display keeps performance high while retaining excellent battery life. With a 4,000mAh cell, some users claim that the Vivo XL5 can last two full days with moderate usage, and fast charging gets you back in action quickly. Other choice features include 64GB of expandable storage, a 13MP camera with depth-sensing, a 13MP selfie camera, and a fingerprint sensor.

The Best Budget Smartphones of 2023 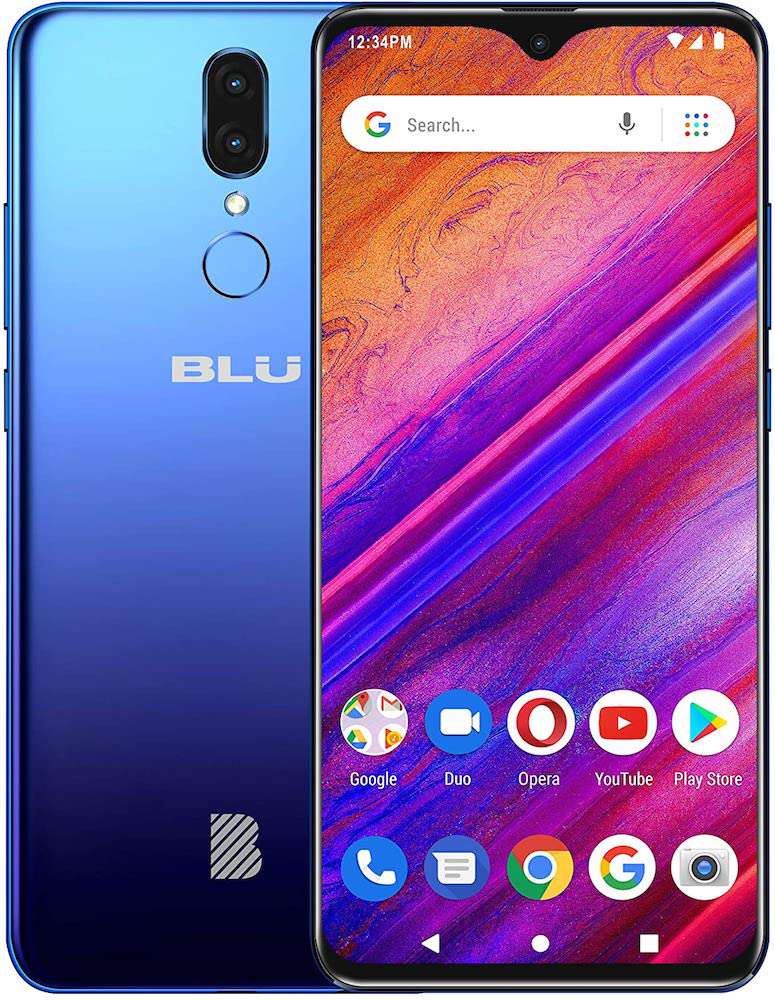 The style-conscious will want to begin at the BLU G9. While it may be a lesser version of the G9 Pro, it remains one of BLU’s most beautiful smartphones under the $150 mark. BLU uses a curved glass design on the rear, with one color option offering a mesmerizing blue gradient. It’s a familiar design in the smartphone world by now, and BLU doesn’t do much to set the G9 apart, which might be its greatest advantage.

The G9 sacrifices many of the G9 Pro’s amenities to maintain a lower price point. The G9 features a 6.3-inch display, but it’s 720p, and there are only two rear cameras. You’re getting a 13MP + 2MP combo with an advertised 52MP Super Zoom, an AI-powered pixel trick to simulate a higher resolution. A 13MP selfie camera joins the party on the front. The G9 also steps down to the 2.0GHz octa-core MediaTek Helio P22+, an average mid-range chipset with 4GB of RAM tagging along. These downgrades are certainly acceptable considering the price tag and quality of the build. The BLU G9 still features a fingerprint sensor, 4,000mAh quick charging battery, 64GB of storage with a microSD card slot, and more. 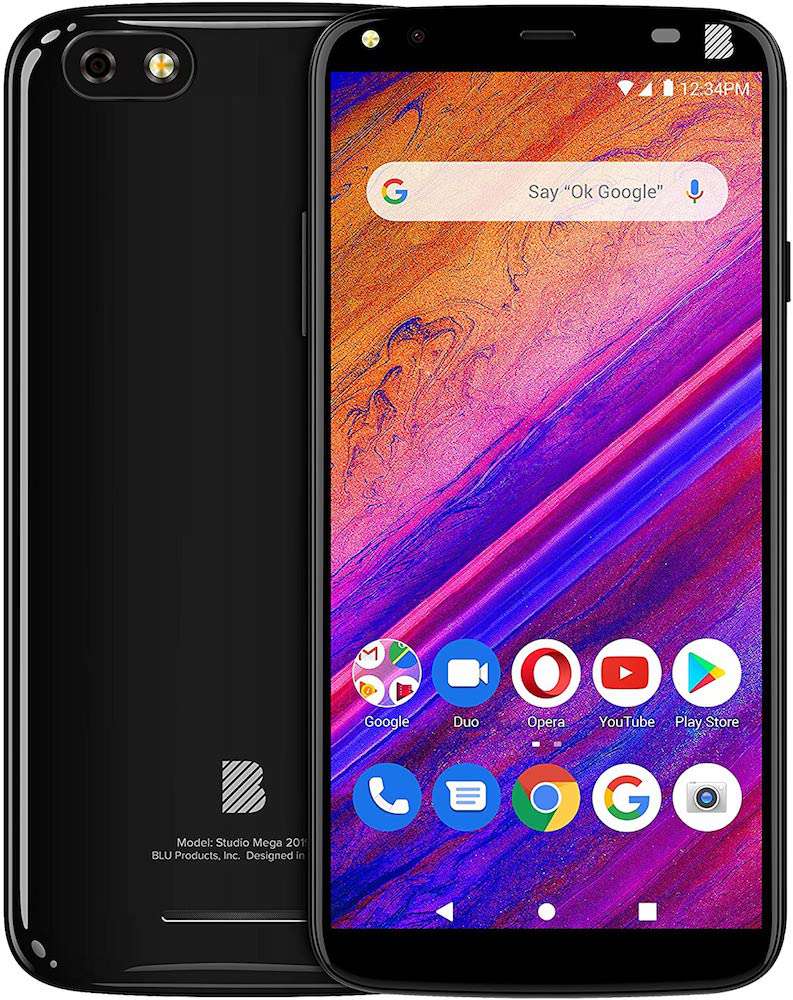 Don’t let anyone tell you it’s impossible to get a decent smartphone under $100. BLU has attacked that challenge more consistently than any other, and the latest Studio Mega model continues the trend. BLU's 2019 model builds on the original with a 6-inch HD+ IPS curved display, 1.6GHz octa-core MediaTek chipset, double the RAM at 2GB, dual-SIM functionality, and 32GB of memory with a microSD card slot to add even more.

The Studio Mega has a 13MP primary camera with an LED flash. The 8MP front-facing camera also has its own dedicated flash, a feature absent from most flagship phones. Everything sits inside an uninspired plastic chassis that has far more bezel than it needs, but the display curvature helps with aesthetics. And while its low price dictates you’ll lose out on nice extras like NFC and a fingerprint sensor, it’s easy to forgive those sins in the face of an otherwise acceptable and approachable smartphone experience. The BLU Studio Mega is a great beginner or business phone for those uninterested in spending hundreds of dollars. 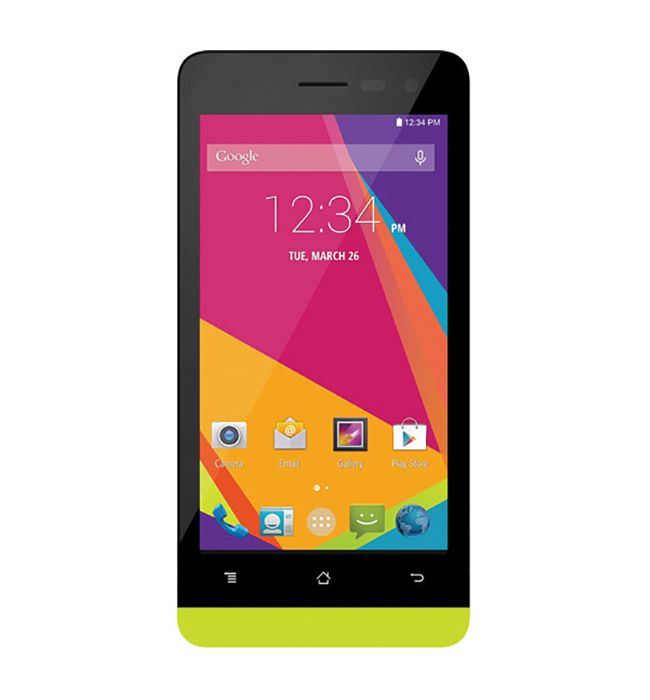 Most BLU phones embrace the phablet craze, but if you’ve yet to buy into the big smartphone hype, the BLU Studio Mini will fit the bill. The HD+ IPS display stretches out to 5.5 inches, and its 18:9 aspect ratio makes it feel much smaller than it measures out on paper at 150.5mm tall and 71.5mm wide. It can feel a bit hefty at 10.4mm thick, but BLU hasn't been known for immaculate engineering either.

The resolution tops out at 720p, but that’s sharp enough for the modestly sized screen. Otherwise, the BLU Studio Mini is a pretty basic phone. Specs include a 1.6GHz octa-core chipset, 2GB of RAM, 32GB of storage with room for expansion, 13MP and 8MP cameras on the front and rear, each with an LED flash, a 3,000mAh battery, and dual-SIM. All of that is enough to run a solid Android 9.0 Pie experience with only slight modifications by BLU. And being that it’s a rung under the BLU Studio Mega, the Mini is even cheaper with a sub-$100 price point that fits any budget. 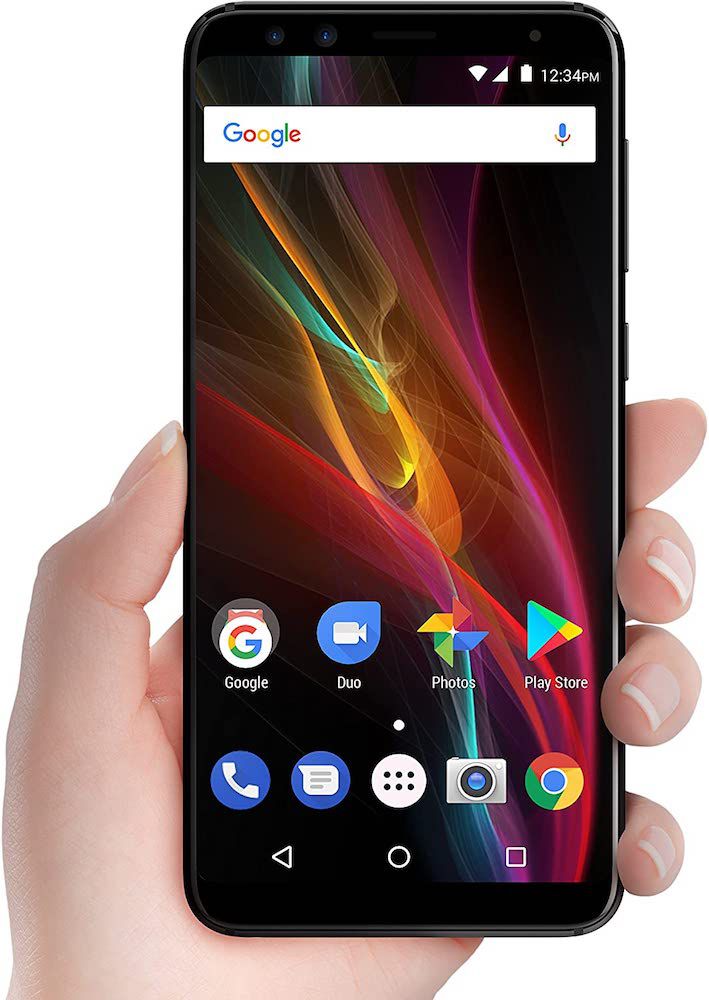 If your smartphone buying decision hinges on the ability to take great selfies then the BLU Pure View was made just for you. With two 8MP cameras on the front, you’ll have no trouble fitting everyone into the scene without using a selfie stick. The wide-angle sensor captures 120 degrees of the subject next to the 85 degrees of the standard one. There’s also a dedicated flash to eliminate lowlight pains, and the camera is one of few from BLU’s lineup to feature face unlock. You’d expect similar flexibility with its rear camera, but there’s only one 13MP camera with its own LED flash and a fingerprint sensor sitting below.

The BLU Pure View serves an Android 7.0 Nougat experience with a 1.3GHz octa-core MediaTek chipset, 3GB of RAM, and 32GB of expandable storage. BLU hasn’t committed to bringing newer versions of Android to the Pure View, however, something to consider if further updates are important to you.

The Best Smartphones
Was this page helpful?
Thanks for letting us know!