Not all BlackBerry phones are created equal. Here are today's best models. 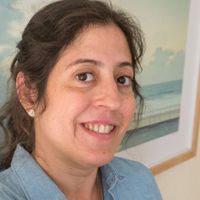 Katie Dundas
Writer
Katie Dundas is a writer with an affinity for cameras, drones, and fitness tech. She has written for Business Insider, Travel Trend, Matador Network, and Much Better Adventures.
our editorial process
Katie Dundas
Phones & Accessories

The Rundown
Best Overall:
BlackBerry KEY2 at Amazon
"Beloved physical keyboard is still there...intuitive predictive typing features and even a fingerprint reader built right in."
Best Hybrid:
BlackBerry KEYone at Amazon
"Full suite of BlackBerry applications to maintain the full experience for the best of both BlackBerry and Android worlds."
Best for Security:
BlackBerry DTEK60 at Amazon
"Built-in encryption and a password keeper provide heavyweight security to keep your data safe."
Best Battery:
BlackBerry Motion at Amazon
"It gets even the toughest power users through the day without having to recharge."
Best Keyboard:
BlackBerry Classic at Amazon
"Everything you know and love about the BlackBerry experience, but with a modern twist."
Best Smartphone:
BlackBerry Evolve at Amazon
"Their newly-released Evolve continues the brand’s foray into keyboard-free design."

Back in the early aughts, BlackBerry phones were super popular in the business and consumer worlds because the stylish devices had high-level security and the spectacular messaging service: BBM. Now, BlackBerry has Android-power and stays nostalgic, with most models maintaining the classic QWERTY keyboard.

The BlackBerry Classic has the same build as the older BlackBerry Bold, with some new features like a front camera for Video Calls. BlackBerry may be supporting older designs, but they have created innovative, full-touch screen versions as well. The BlackBerry DTEK50 has a full glass screen with a full HD display. There is also their hybrid phone, KEYone, which includes both touch screen capabilities and a four-row QWERTY keyboard, so no matter where you fall on the spectrum, BlackBerry has a device for you to make messaging, calling and more accessible. If you are a pro texter, one of the best texting phones is the right phone for you. Otherwise, you'll find the best Blackberry phones currently available below.

If you think that BlackBerries are a thing of the past, then the Android-powered KEY2 is here to prove you wrong. The newest addition to the BlackBerry line offers great features to satisfy diehard brand loyalists while also bringing the device closer to the all-screen smartphones we know and love.

Devoted BlackBerry fans need not worry — the beloved physical keyboard is still there and just as satisfying to use, with intuitive predictive typing features and even a fingerprint reader built right in. The KEY2 also has touchscreen navigation (now an expected feature in today's smartphone market) although the 4.5-inch display pales a bit in comparison to iPhones and other flagship Androids. The same can be said of the dual 12MP cameras, one front-facing and another on the back: They snap decent photos, but can't really compete with other more advanced phone cameras on the market.

While the KEY2 may fall behind its competitors' flashier features, the sturdy aluminum alloy build, non-slip back and impact-resistant Gorilla Glass screen make it considerably tougher than a typical smartphone. Plus, the advanced, customizable software security features are a boon for businesspeople and those who want to keep a close eye on how their phone data is protected. The memory is also expandable from 64GB up to 256GB depending on your needs, and it has a killer battery life: two whole days on a single charge. The Android 8.1 Oreo OS also gives you access to all your favorite apps and services from Google Play.

When all is said and done, the KEY2 delivers that all-business BlackBerry experience with updates to meet 2018's expectations. So if you love this brand (or just crave a keyboard and something tougher than your typical all-glass smartphone) the KEY2 fills a particular niche in the market that's sure to garner its own enthusiastic following.

For smartphone owners who can’t decide between a touchscreen and a hardware keyboard, the BlackBerry KEYone offers the best of both worlds. The 4.5-inch 1620 x 1080 IPS LCD display adds Gorilla Glass 4 technology for greater protection against bumps or drops, while the Snapdragon 625 processor pairs with 4GB of RAM for smooth day-to-day performance. Running on Android Nougat 7.1, the KEYone offers complete access to Google’s Play Store and its million-plus app selection. An eight-megapixel front-facing camera is ideal for selfies, while the 12-megapixel rear camera adds Sony’s IMX378 sensor for superb photos and 4K video recording. For the BlackBerry faithful, the KEYone comes complete with the full suite of BlackBerry applications to maintain the full experience for the best of both BlackBerry and Android worlds. With 26 hours of battery life when fully charged, the 3505mAh battery still adds quick charge 3.0, charging the battery to 50 percent power in just 36 minutes.

Since its inception, BlackBerry has touted their devices’ security as a main selling point. Combine that security with a beautiful phone and Android software and the BlackBerry DTEK60 is a winner.

Packing a 5.5-inch QHD display, the DTEK60 is powered by a Snapdragon 820 processor and 4GB of RAM. For extra security, a fingerprint scanner sits on the rear of the device right below the 21-megapixel camera. This is actually the first device in the BlackBerry lineup to add fingerprint protection — it’s secure and more seamless than typing in a password.

The DTEK60 runs Android 6.0 software with a few bonuses from BlackBerry: preinstalled app provides automatic monitoring of the operating system and apps, tracking any time your contacts or location are accessed or if the camera is activated without your knowledge. Built-in encryption and a password keeper also provide heavyweight security to keep your most important data safe.

BlackBerry boasts that the Motion’s 4000mAh battery can last an entire day, it will last 32 hours on a single charge. That’s more than enough to get even the toughest power users through the day without having to recharge. For those times when you do need to power back up, this phone has Quick Charge 3.0 and USB-C, which should get you juiced back up in no time.

Battery life is more than just the size of the battery. The Motion uses Qualcomm’s power-sipping Snapdragon 625 processor paired with 4GB of RAM, making the entire device optimized for extended use. It runs Android Nougat software with the promise of Android updates for the foreseeable future.

The Motion also has a 12-megapixel rear camera and an 8-megapixel front-facing camera that sits just above the 5.5-inch Full HD display. As an added bonus, the Motion is BlackBerry’s first water-resistant device.

BlackBerry’s Classic is everything you know and love about the BlackBerry experience, but with a modern twist. It runs BlackBerry OS 10.3, the home-grown software from Blackberry that failed to dethrone both Android and iOS. Released at the tail end of 2014, the 6.24-ounce Classic married BlackBerry’s always-excellent QWERTY keyboard with a 3.5-inch touchscreen 720 x 720 IPS display. Unfortunately, in the land of large touchscreen devices, the 3.5-inch display feels small and its square ratio prevents it from being a truly great display.

On the rear of the device is an eight-megapixel camera with 1080p video recording, plus a two-megapixel and 720p video capture camera on the front. However, when standing on its own, BlackBerry die-hards will love the combination keyboard/touchscreen even if the square display prevents any decent multimedia viewing. Still, the integration and placement of ports and buttons along the rim of the device are well thought out, so everything is easy to reach.

The four-row QWERTY keyboard will instantly be familiar to BlackBerry owners. There’s no reason to sugarcoat the typing experience, it’s fantastic with ridges and depressions on each key, so you know where your fingers are on the keyboard. Pair the keyboard with the touchpad and selecting, copying and pasting text is an even better experience than on a dedicated touchscreen.

Ultimately, it’s software that remains the only real “weakness” of the BlackBerry Classic and, while it does support Android apps, it’s limited to what’s available on Amazon’s app store. That said, if you add in BlackBerry’s “BlackBerry Assistant," you’ve got a Siri/Google Now clone that works well enough.

BlackBerry has hung on to its signature physical keyboard for years. For many diehard fans, it’s been a favorite feature. For others, a keypad seems outdated in the age of ultra-minimal smartphones. If you fall into the latter camp, then BlackBerry’s latest offering will appeal to you. Their newly-released Evolve continues the brand’s foray into keyboard-free design, featuring a sleek six-inch FHD+ display made from durable Gorilla Glass. And with expandable storage up to 256GB, 4GB of RAM, and Qualcomm Snapdragon 450, it’s also powerful enough to handle whatever work throws at you. The BlackBerry Evolve runs the Android Oreo 8.1 operating system, so you’ll have access to the Google Play store and automatic security updates to keep your data under lock and key.

In addition to BlackBerry’s much-loved security features—and a brand new virtual keyboard—the Evolve also adopts a few popular smartphone features like wireless charging, dual rear cameras, a fingerprint reader, and a face-ID unlock feature. For buyers in the United States, it’s important to note that this is an international model that only works on 2G and 3G networks in the U.S. and is incompatible with CDMA carriers like Verizon and Sprint.

Our favorite phone for diehard Blackberry fans has to be the BlackBerry KEY2. This phone brings all the trappings you'd expect from a modern smartphone, all while retaining the classic physical keyboard you know and love. However, if you're looking for something a little more budget-friendly that's a little closer to what you'd expect from a traditional smartphone, we'd recommend the BlackBerry Evolve.

Katie Dundas is a writer and journalist with a passion for technology, particularly in relation to cameras, drones, fitness, and travel. She has written for Business Insider, Travel Trend, Matador Network, and Much Better Adventures.

What to Look for in a Blackberry Phone

Operating system - App developers usually make apps primarily for iOS and Android, meaning the BlackBerry OS has few killer apps. However, if you do opt for a device that runs BlackBerry OS, you’ll get access to select Android apps, not to mention BlackBerry’s fantastic Message Hub. On the flip side, if you spring for a phone that runs Android, you’ll have access to the Google Play store, which includes more apps than you’ll know what to do with.

Keyboard - BlackBerry is known for its excellent physical keyboards. If you stand by that design, there are a few options still available, but there are also models that swap the keyboard for a bigger screen.

Display - Ditching the physical keyboard makes more room for the display, so if streaming media is important to you, we recommend swapping the keyboard for a larger screen.