The Best Black Friday Deals of 2020

The annual onslaught of deals won't be hamstrung by a pandemic 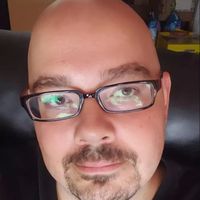 Alan Bradley
Alan Bradley is a Senior Tech Editor for Dotdash, joining the company in September of 2019. He's an experienced culture and tech writer and editor, with a background in journalism and reporting.
our editorial process
Alan Bradley
Gifts View More

Even a global pandemic can't stem the tide of the best Black Friday deals. Once again that special time of year draws near when capitalism bares its sharpest retail fangs and sinks them deep into the throats, hearts, minds, and wallets of consumers. With the CDC ranking in-person shopping as one of the most dangerous Thanksgiving activities, many retailers are moving their traditional doorbuster sales online.

The economy may be sluggish, but that may turn out to be a boon for anyone shopping the best Black Friday deals this year: the tinge of desperation amongst retail giants is already encouraging deeper price cuts and longer sales windows. Many of the traditional brick and mortar players are announcing their plans for the sales window, from Walmart to Best Buy to Home Depot, with a significantly greater emphasis on online deals.

Black Friday falls annually on the day after Thanksgiving, which this year is November 27th; hot on its heels, Cyber Monday will follow on November 30th. As our What is Black Friday? feature explains, the term Black Friday originates from Philly cops, who coined it to refer to the throngs of people that crowded the city on the day after Thanksgiving before the Army-Navy football showdown held the following Saturday.

The day itself may still be weeks away, but the frenzy of best Black Friday deals is already beginning to build to a feverish pitch, and there are a number of big price cuts already happening in tech.

For several years now, Black Friday has been less of a day and more of a season. First, it was the addition of weekend deals, then the advent of Cyber Monday, which almost immediately stretched into Cyber Week. Then the date started pushing in the opposite direction: Black Friday began on Thanksgiving, or even earlier in the week.

Now Black Friday has stretched its tendrils out to engulf almost the entire autumn, and retail outlets are already kicking out the deals in record numbers. Here are some of the best Black Friday deals already happening online.

The previous version of these excellent over-ear headphones from Sony took top slots in our Best Headphones, Best Headphones for Music Lovers, and Best Noise-Canceling Headphones lists, and are simply some of the best available. The latest iteration, the M4, is an upgrade, and an absolute steal for $72 off the retail price.

Amazon is circling back to some of the hottest deals it offered during Prime Day, and the Echo Show 8 is once again half off. It's a pretty spectacular deal on a powerful, versatile smart display, and if you're not obsessed with getting the latest gen of Amazon products, the Show 8 for $65 is currently the best deal in the product stack.

Looking for a monster 4K TV, complete with HDR support and tons of smart features? Look no further than this magnificent beast Best Buy currently has available for a stunning $250 off the sticker price. At $250 each, these won't last long, so grab one while stock lasts.

Apple's Pro version of their AirPod earbuds are some of the best available, with active noise cancellation that actually works and fantastic sound quality. Saving $49 bucks is icing on an already scrumptious Cupertino-baked cake.

If you want to save some money (and get even deeper savings), grab the standard AirPods instead of the Pros. The vanilla model stacks up very well to its Pro counterpart, and even comes with a handy, free charging case.

Not all the tech on sale in this season of savings is from Apple or Samsung. This smart little beauty from Instant Pot is a kitchen miracle, with 11-in-1 functionality. It can do everything from air fry to pressure cook, sous vide, saute, steam, and tons more, and it's currently marked down at Walmart.

Great fit, powerful, accurate sound, and integrated Alexa functionality—the Echo Buds rival the best wireless earbuds on the market. Shaving $50 off the sticker price means they're some of the cheapest high end 'buds available, too, all the way down to $80 in this early Black Friday sale.

LG has been aggressively pushing deals around this holiday season, and this 55-inch 4K panel is a winner. More than $500 off, it's a big, 4K OLED beauty with amazing color, refresh rate, and a bevy of other awesome features. This is one of the best TV deals we've seen thus far during this season of savings, and it'll likely sell out fast, so grab it now if you crave it.

JBL is a powerhouse in the audio gear market, and the Charge 4 is a great example of how they earned their stripes. It delivers killer sound, has a long-lasting battery, can hook up to two smart devices simultaneously and, best of all, is currently $40 off on Amazon.

The C940 is as much a piece of gorgeous industrial art as it is an awesome laptop. A beautiful 4K touchscreen, slim 2-in-1 design, backed by a powerful 10th Gen processor from Intel and a 512GB SSD. This thing begs to be played with.

For a limited time, Amazon has Roborock's powerful, AI powered E4 robot vacuum cleaner on sale for $30 off the sticker price. It's a great way to get one step closer to the singularity without blowing your retirement savings.

Need a massive external drive to stash your console games on? Or maybe you need extra room for videos, photos, and music on your PC? In either case (or, hell, why not both?), this 5TB beast is roomy enough to accommodate even the most hardcore digital hoarder and is now $24 off on Amazon.

If you've been waiting to upgrade to a super fast SSD drive for PC storage, now's the time; the 970 EVO is still one of the best, and hard to resist at this discount. Or maybe you've heard all the talk about SSDs in the next generation of consoles; get ahead of next-gen gaming with one of the faster SSDs you can get at a reasonable price.

If you haven't jumped on the 4K bandwagon, this 50-inch beauty from Samsung represents a very low barrier to entry. On sale for only $328 at Walmart, it includes all the flagship features you'd expect, from HDR support to smart TV functionality, all at one of the lowest prices we've ever seen for a set of this quality.

Free Dishwasher with Stove and Refrigerator (Save $899)

Over at Appliances Central, Beko has a pretty crazy deal for anyone looking to do a significant kitchen makeover around Black Friday. Grab one of their attractive French door refrigerators and a Beko stove, and they'll throw in a dishwasher worth up to $899 for free.

What to expect on Black Friday 2020

Of course, these are just the tip of the best Black Friday deals iceberg. We'll continue to see retailers unveiling their plans throughout the last quarter of the year, as Black Friday sales transition to holiday sales.

As for the big day itself, we expect the usual blitz of deals in the tech space: TVs will surely continue to be a major driver, as stock increases and manufacturers/platform holders continue the push towards universal 4K adoption. Also, as evidenced by Prime Day, Apple has been joining the fray in a more pronounced way than usual, so if you're looking for a device that starts with a lower case i, Black Friday/Cyber Monday will almost certainly provide. PC gaming hardware will also likely see some big price cuts, as OEMs try to grab some of the attention back from Sony and Microsoft's upcoming console launches.

Walmart has led the charge this year, announcing some of the best Black Friday deals we've seen thus far as part of their staged rollout plan. They've got three events planned for November, and a Black Friday landing page set up with all the details (with previews of some of the deals). The TLDR is they'll have sales starting on the 4th, 11th, and 25th, with deals on everything from blenders to smart TVs to bath towels; they're also promising the biggest wireless phone event ever, so expect Apple and Samsung flagships to get serious discounts.

Amazon's also out early with not one but two landing pages for sales events, one for Black Friday proper and a separate page for their Holiday Dash. Capitalizing on their Prime Day success, they've got a ton of similar items for sale both in daily and lightning deals mixed with some longer term sales that will likely carry on all the way through the holidays.

Naturally, Best Buy wasn't going to be left behind in the early Black Friday arms race. They've got their own landing page for deals and are plugging their membership program. If you're a member, and an item you buy goes on sale for cheaper before November 28th, Best Buy will refund you the difference; not a bad way to automate your deal-hunting.

Lowe's is forgoing a traditional Black Friday sale and is instead offering "daily deals and cyber steals." The promotion has already kicked off and is set to run through at least December 2nd.

Home Depot is launching their Black Friday blitz starting on November 6th, with a holiday sales page that promises to include deals on some of their most popular items. Their Black Friday circular features price cuts on everything from artificial Christmas trees to massive tool sets, amongst tons of other holiday-targeted discounts.

Appliances Connection is getting ahead of the curve with some hefty pre-Black Friday deals on Viking, Maytag, and Bertazzoni appliances, as well as a ton of other stuff, including some great smart home tech.

While you're waiting for the deals zeppelin to alight on earth and grace us with all of its radiant sales, check out our roundups of some of the best tech on the planet (some of which will probably also feature in Prime Day sales).