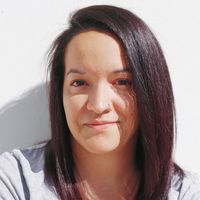 There are some Android apps on the market today that even Mac users would like to get their hands on. Whether it's a game, productivity app, or something else, if you're using a Mac computer, you can still get access to Android apps. All you have to do is use an Android emulator. But not all emulators are the same, so we've reviewed emulators to bring you this list of the best Mac Android Emulators on the market.

Nox Player has quite a few amazing attributes, one of which is that it is completely free. One major feature that stands out for Nox Player is that if you're able to connect a controller to your Mac then you can also use it with Nox Player, making playing video games much easier. It is really easy to install so even if you're a rookie to emulators you should be able to get Nox Player up and running with no problem.

With Bluestacks 3 you are getting an emulator that's been around long enough to get any issues ironed out, but it also means there are a lot more people using it. Unfortunately, more users mean there could be more lag happening while you're playing. Bluestacks 3 is one of the emulators that can handle most of the games with heavy graphics.

This might be the black sheep of the bunch because unlike all the other emulators on this list it doesn't require any kind of installation. AR Chon is actually a Google Chrome extension so you don't have to install any extra software onto your Mac. Because it's Google chrome extension and not an actual software installation, it doesn't run as smoothly as the other emulators for Mac.

This is emulator by Google is available to everyone. It doesn't have as many bells and whistles as the other mass marketed emulators but its definitely more stable. This is a more complicated software to use and more directed towards developers as it has all the things needed to create and design your own apps. But beware: this emulator isn't for the rookie emulator for Mac user.

Download Android Studio
How to Play Among Us on Mac
Was this page helpful?
Thanks for letting us know!
Tell us why!
More from Lifewire