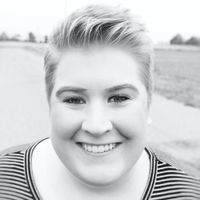 Apple's wireless AirPods are a game-changer, allowing hands-free listening functionality as you run, walk, or go about your day. When you connect AirPods to an iOS device, you gain access to Siri functionality, so you can use your voice to issue commands to your AirPods. Here are our picks for the top 10 "Hey Siri" AirPod commands.

This article's information applies to AirPods Pro and AirPods Second Generation used with an iOS device or an iMac Pro or MacBook Pro or Air released in 2018 or later.

One of the easiest ways to know what's going on outside is to ask Siri about the weather, and then Siri will respond via your AirPods. Hear the day's forecast, complete with temperature highs and lows, all hands-free. You can even ask Siri what the weather's like in another place.

Your location services must be on to use this Siri command.

With this simple command, Siri automatically starts playing your Apple Music list on shuffle mode. As you're listening, use specific music commands to control your listening experience, including "Skip track," "Pause," "Play [artist]," and "Play [song]."

Have Siri and your AirPods increase or decrease the volume, name a song, find a playlist, and much more.

Want to use Siri to control Spotify? Use Siri Shortcuts to create shortcuts specifically for the Spotify app.

Hey Siri, How's the Battery Life of My AirPods?

Your AirPods and their charging case have their own battery life. When you're out and about, ask Siri to find out how much battery life your AirPods have left. Ask Siri about your iPhone or Apple Watch's battery life, as well.

The charging case holds approximately 24 hours of battery life. Use your AirPods for up to five hours on one single charge. Short on time? Only 15 minutes of charge will give you up to three hours of listening time.

Siri and your AirPods can team up to immediately call anyone you ask, especially Mom, as long as they're in your Contacts list. If you don't have a contact named "Mom" on your device, Siri will ask you for the name of the contact you want to call.

Hey Siri, Remind Me to Get Milk Today

Want Siri to remind you at a specific time? Ask Siri to set a reminder for the time you need it.

Check your device if you want to review your message before you send it with Siri's preview. Siri can also read back your message and ask you if you're ready to send it.

Update appointments using Siri by asking Siri to move the appointment or change the time.

Need help with a restaurant tip or trying to figure out another calculation? Siri and your AirPods can help you with your calculations, and can even help you convert currency when you're traveling.

If you need directions and they're in your Contacts app details, ask Siri and your AirPods to guide you home or to a friend's house. Siri can also direct you to your destination, such as if you're walking around looking for a restaurant or hotel.