Premium picks that are worth the splurge

If your living room or home theater is on the larger side, you'll want to consider an 80 to 85 inch TV for the ultimate experience.

These large-screen models are perfectly suited for finished basements and rooms with vaulted or cathedral ceilings, and really do bring the movie theater experience into your living room - at a price.

If you just want the best big screen TV out there, our experts picked the Samsung QN85QN85AAFXZA Neo QLED 4K 85-Inch TV. It's not cheap, but it is great.

We've rounded up our other TV picks below and broke down their features to help you decide which is right for you. 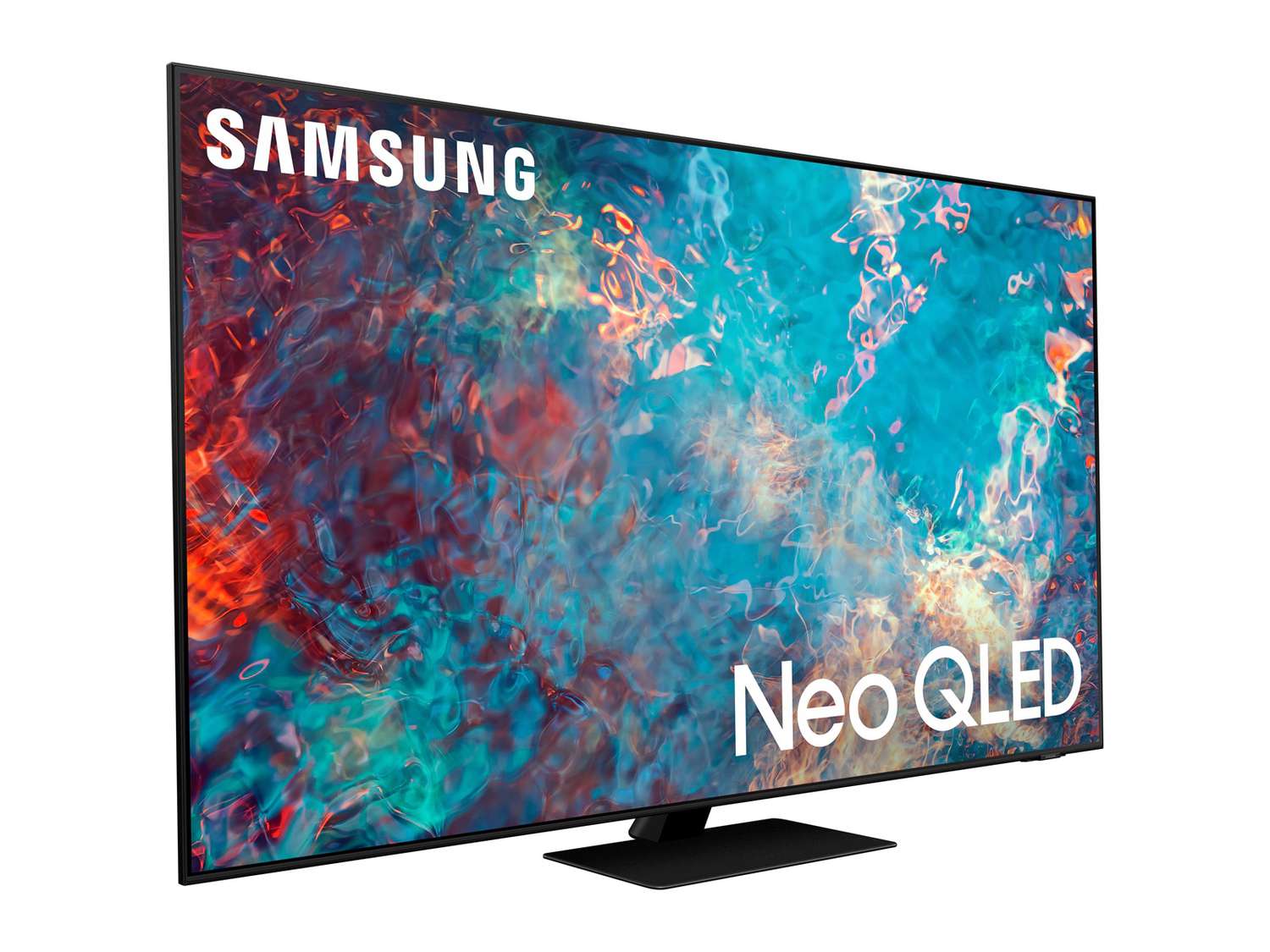 We can’t figure out which group of people would be disappointed by this TV. Movie lovers? Nope, the TV actually watches each scene to adjust the display to keep it perfect. Audio lovers? Nope, the integrated speakers use object tracking sound technology for virtual, 3D surround sound without the need for external home audio equipment.

Audio lovers who are also neatniks? Nope, this TV supports wireless soundbars and subwoofers. Gamers? Nope, you can adjust the settings for a smoother session. Oh, and the remote is solar powered! The only group of people upset by this TV, then, are accountants. 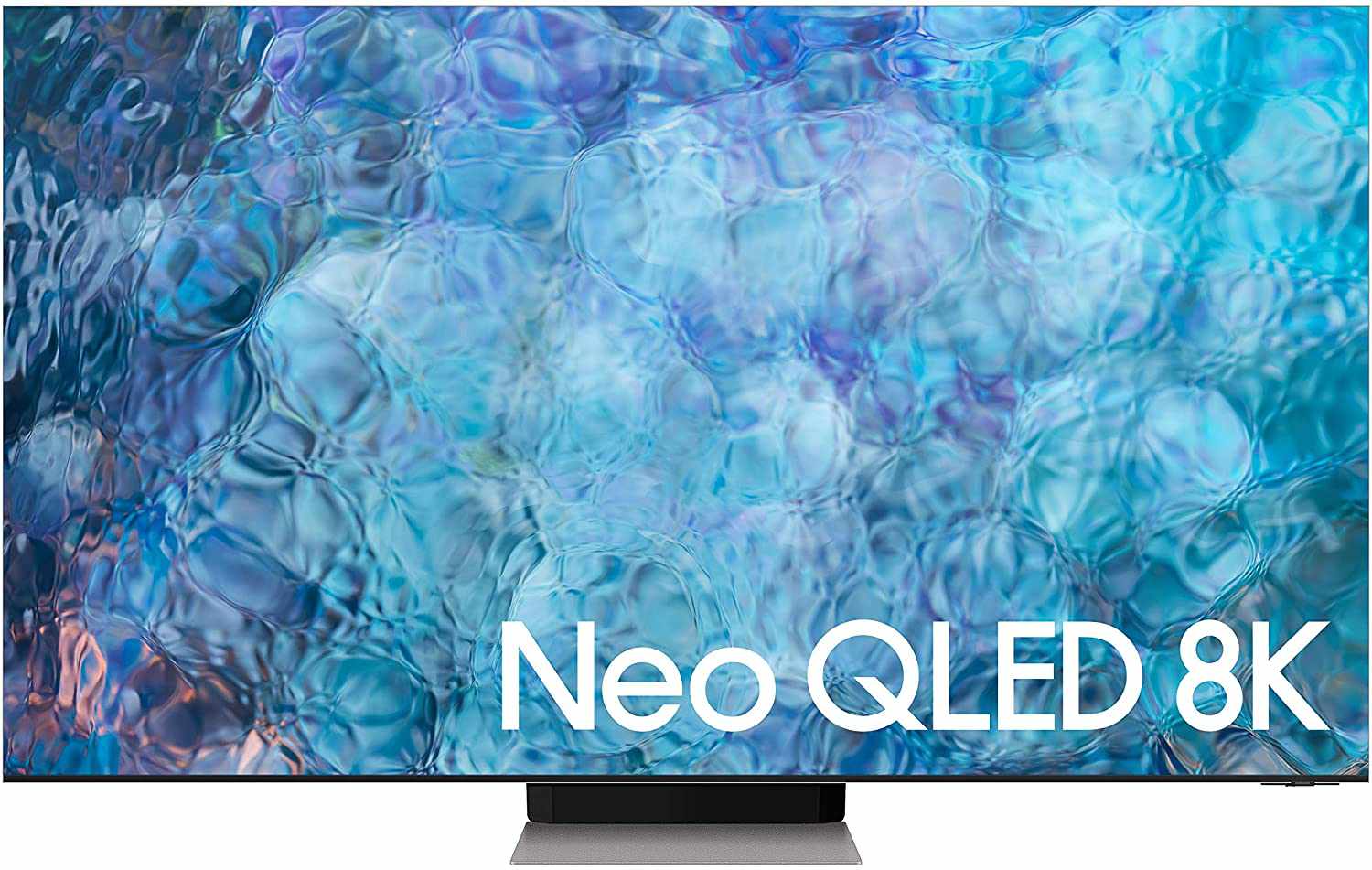 The Samsung QN900A is one of the most affordable 8K televisions available, retailing at just under $9,000 for the 85-inch screen. This may still seem very steep to some customers, but other 8K models can retail for as much as $30,000. This model is built around an all-new 8K processor, and its dual speakers use sensor technology to adjust sound settings and volume to fit your space.

The screen is treated with an anti-glare and anti-reflection coating for optimal viewing at almost any angle, and supports an updated Multi-View feature which allows you to watch up to four videos at the same time. And if you have a Samsung Galaxy smartphone, you can take advantage of the tap-view feature. Simply tap your phone against the TV to instantly share your screen. 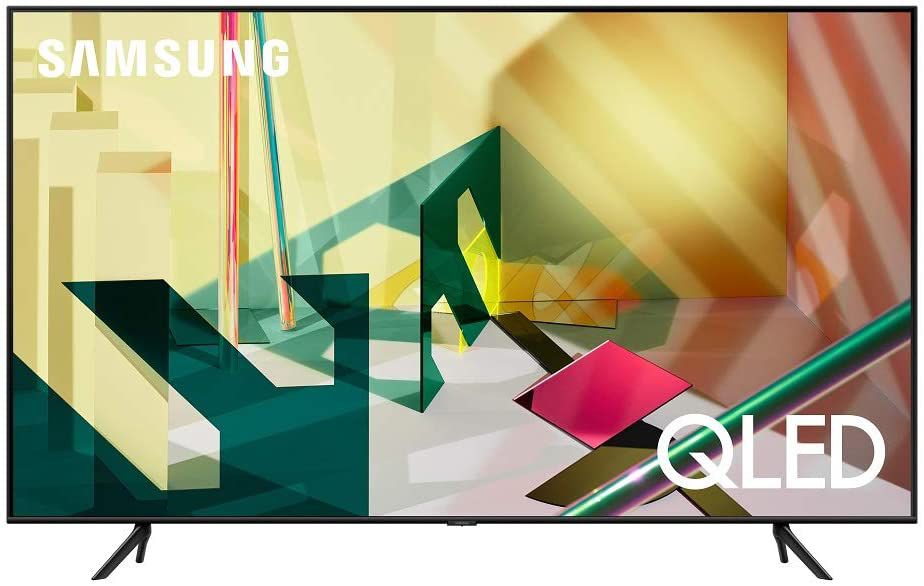 If future-proofing your home theater is a low priority on your list and you just want a great 4K TV with a larger screen, the Samsung Q70T is the best choice.

Simply put: You will not be sad in any way if you buy this TV, other than you won't have bragging rights for spending the most money. No one will be able to tell this particular TV didn’t cost over $3,000. It will only seem like it did. Don’t worry, it can be our secret. 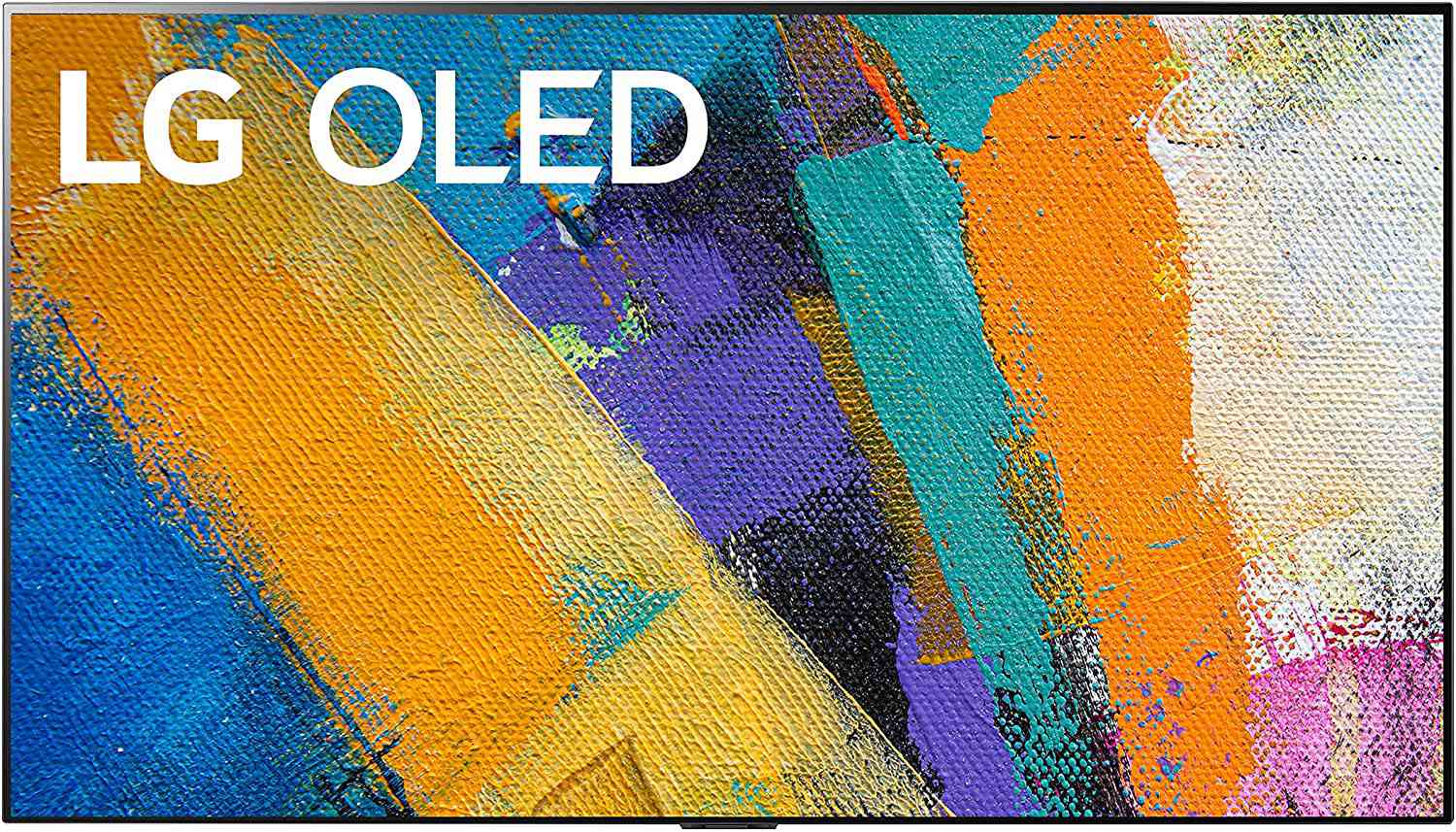 If you are loyal to LG and want a great TV, this is your pick. One fun, non-technical aspect of this TV is that the frame of the TV is versatile enough to be normally mounted, flush with your wall or even recessed into your wall. LG put as much care inside the TV (which you can’t control) as well as how you can put this in your home (which you clearly can control). 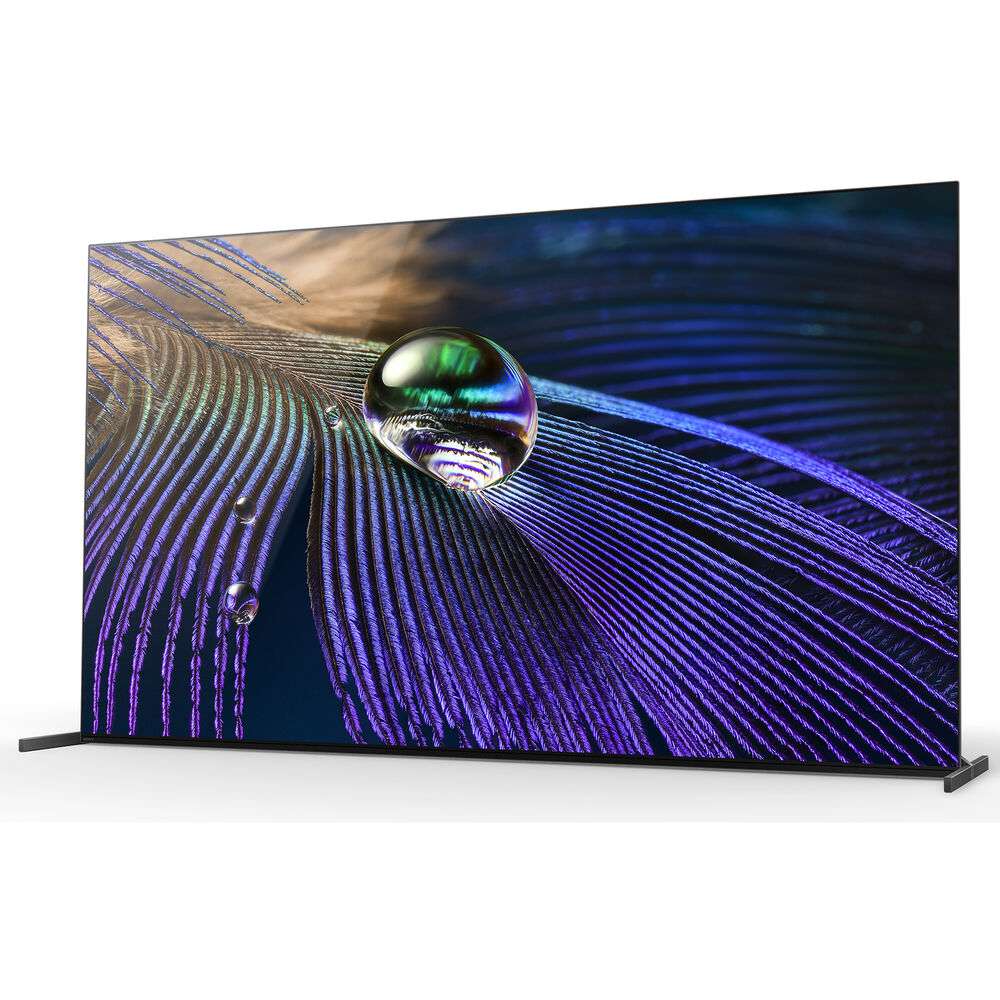 We remember the day when Sony made the best TV, period. While competition has made TVs better for everyone, we’re glad to see Sony still make our list. Whether you're a Sony loyalist or just looking to upgrade your current living room or home theater setup, the Bravia XR A90J is the best the brand has to offer.

This model is designed from the ground-up to offer some of the best picture and sound available for customers. There’s a lot of neat (but way technical and kind of boring) tech in this TV, but if you love Sony and love having $8,000 fewer in your account, this sounds like a good deal. Oh, and it’s the only TV on the list that works with Apple’s Homekit technology. You can decide if that’s good or bad, but it also works with Alexa and Google Assistant. 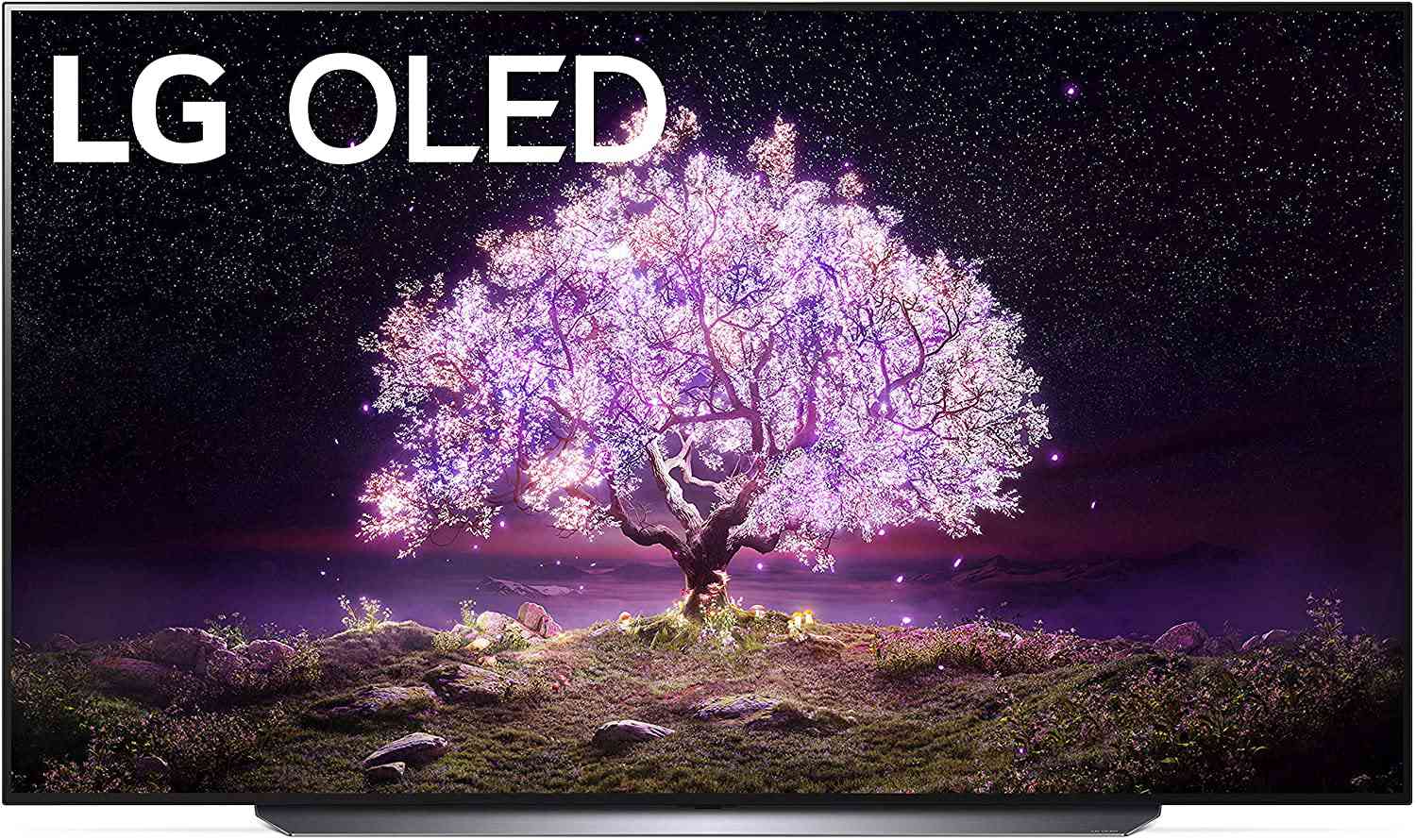 It’s got support for Nvidia G-Sync and AMD FreeSync variable refresh rate (smoother gameplay). It also has a Game Optimizer mode to set custom configurations to help you tailor the experience to the way you like to play (and to ideally avoid problems during play).

It’s got four HDMI inputs, which means all the consoles can be directly attached to the TV and you can use the voice-enabled remote to switch inputs. You know, “Computer, I’d like to play Halo 4!” to which we might hear “Master Chief knew you were coming and retired because he was tired of getting fragged by the Covenant.” Ah, technology.

The 8 Best TVs for Gaming in 2022
Final Verdict

If you picked any TV from this list at random, you’d be thrilled with the result. If you were to pick on purpose, get the Samsung QN85A (view at Amazon). It has all the features you want and some you don’t realize you need. Example: Want to add a sound bar later? You need certain inputs to make it easier. If you want to move up a notch in picture quality, the A90J from Sony (view at B&H) is really like having a movie screen in your home. You’ll pay for it dearly, but what a display!

If your home theater or media room is big enough, an 80-85 inch television can enhance your space and create a truly cinematic experience for family movie night or your next watch party with friends.

Large-format televisions also have wider viewing angles and better color saturation and volume at extreme angles, giving everyone a great view no matter where they sit. No matter what your home theater needs are, there are several important factors to consider before purchasing a large-format television. We'll break down each feature to help you decide what's right for you.

When choosing a resolution for your large-format TV, there are several to choose from. You can buy a full HD 1080p unit for decent picture quality, a 4K UHD model for enhanced picture quality and to keep up with current video trends, and even an 8K TV to future-proof your home theater. A full HD 1080p resolution television uses older technology to produce a middling resolution picture. This was popular several years ago when HD video first became available.

However, 4K resolution has become the new gold standard in home entertainment as television and video streaming technology become more sophisticated. Televisions that have 4K resolution often support HDR, high dynamic range, technology to produce color and contrast levels that closely mimic what you would see in the real world. This technology comes in four variations: HDR10/10+, HLG (hybrid log gamma), Dolby Vision, and Technicolor HDR. There isn't much difference between each variation of HDR besides which company has licensed the use of the technology. Each variation uses the same basic principles to produce enhanced color volumes and contrast for better detailing and more life-like pictures.

"The most critical element of a TV is its picture quality, so I always advise people to focus their budget on getting the TV that delivers the best cinematic experience." — Tim Alessi, Senior Director of Product Marketing, LG Electronics USA

The difference in picture quality between 8K and 4K TVs isn't nearly as dramatic as the difference between 4K and 1080p, but it is noticeable to a degree. However, the biggest drawbacks to owning an 8K television are: price, and the limited availability of 8K content. TVs that have 8K resolution are outrageously expensive at the moment because they're on the cutting edge of home entertainment, and streaming apps like Netflix, Hulu, and Prime Video are still catching up to 4K with their selection of movies and shows. It may be several years before we see 8K UHD video become more common, but if you're willing to invest a lot of money to future-proof your home theater, it may be a worthy investment.

Along with resolution, a screen's refresh rate plays an important factor when considering picture quality. Refresh rate refers to how many times a television changes the image on screen per second; so 60Hz means the image cycles 60 times per second. The two most common refresh rates are 60Hz and 120Hz, with some television models having variable refresh rates that switch between the two depending on the type of media it's showing. The higher the refresh rate, the smoother the image motion, and the better the picture quality. However, a higher refresh rate may produce the "soap opera effect," making your older DVDs or other video look strange or poor quality. This happens when your television simulates a 60Hz refresh rate on media that doesn't support it. You can avoid or fix this problem by turning off the motion smoothing option in your television's settings. High and variable refresh rates are great for console gamers, and often are paired with automatic low latency modes to reduce input lag and prevent screen stuttering and tearing during fast paced action scenes.

There are hundreds of other factors to consider when shopping for a large-format TV, including accessibility features for visually impaired or hard-of-hearing users, parental controls to prevent little ones from watching shows and movies that aren't age-appropriate, and even personal style.

"To ensure you are getting the right TV for your lifestyle, take a look at the picture performance in the store and don’t be afraid to ask for a remote control to try the various picture modes to be sure it suits your eye." — Tim Alessi, Senior Director of Product Marketing, LG Electronics USA

A television should look as good when not in use as it does when you're playing a game or watching a movie. Some televisions have ambient or gallery modes that turn them into living works of art or make them blend in with your walls to compliment your home decor. Others have art-inspired stands that give them a sleek, modern look. Wall-mounting is another feature that gives you more placement options when floor space is at a premium, and allows you to set up custom home theater configurations that best suit your space.

Thankfully, there are a lot of brands, styles, and price points to choose from when shopping for a big-screen TV that make it easy to find something that best fits both your wants and needs.

Taylor Clemons has been reviewing and writing about consumer electronics for over three years. She has also worked in e-commerce product management and has extensive experience with what makes a TV a great choice for home entertainment.