Capture high-res images with the press of a button

David Dean
David Dean
Writer
David Dean is a writer who specializes in consumer and travel tech. He has been published in The New York Times, Chicago Tribune, and other publications.
lifewire's editorial guidelines
Camera & Video 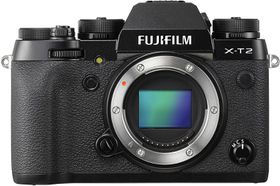 If you'd like your 4K camera to look as good as the video it creates, head straight for the Fujifilm X-T2. The gorgeous retro styling gives little hint of the array of high-end features hiding inside, but rest assured: This is one seriously impressive device.

Small enough for easy one-handed use, with a weather-sealed magnesium frame, the X-T2 is as tough as it is attractive. The continuous autofocus system, a weak point of the previous model, has received a major upgrade, and can now handle fast-action scenes with ease. Shooting 4K video at 24, 25, or 30fps, the automatic white balance and exposure are both excellent, meaning you'll get quality footage with little effort in a wide range of situations.

There's a bright and speedy electronic viewfinder, an articulated rear display equally useful whether shooting in portrait or landscape, as well as support for an external microphone, audio monitor and HDMI output. 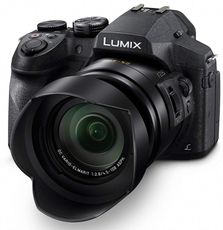 Proof that you don’t need to spend a fortune to get a good 4K camera, Panasonic’s Lumix FZ300 combines impressive image quality, weather-resistance and a long zoom, with a wallet-friendly price tag.

Shooting at 30fps in 4K, the relatively small size of the camera makes it comfortable to hold and easy to use. It's splash- and dust-proof, so won't get damaged even in difficult conditions, and the 25-600mm lens lets you zoom right into the action when you can't get physically close enough.

Five-axis image stabilization means shaky hands or quick movements won't ruin your shots, even when using that big zoom, and built-in Wi-Fi lets you control and download video from your smartphone or tablet via the companion app.

The only thing to be aware of is low-light performance — while far from terrible, it's not as good as the more-expensive competition. If you'll be shooting a lot of video in dim conditions, it's something to bear in mind. 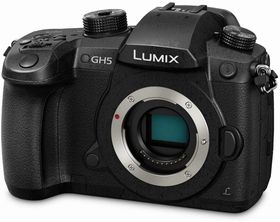 View On Amazon View On Panasonic.com

If you're serious about still and video photography, and want a versatile camera that yields great results for both, look no further than that Panasonic Lumix GH5.

You'll get 4K video at 60fps, but unlike some of the other high-end competition (including from Panasonic itself), traditional photographers haven't been forgotten. As well as high-quality traditional shots from the 20.3MP sensor, the camera also lets you extract large 18MP single images from 30fps 4K video, or 8MP images from a 4K 60fps stream.

There's a top-notch electronic viewfinder, a built-in anti-shake system that pairs with Panasonic's optically-stabilized lenses and it all has a rugged construction that's fully weather-sealed and can handle temperatures down as low as 14 degrees Fahrenheit for those freezing winter shooting sessions.

As befits a camera aimed at the high end of the market, the GH5 includes professional-level features like XLR jacks, real-time HDMI output to external video recorders, and dual high-speed SD card slots. 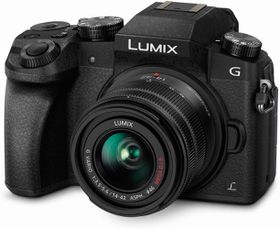 Looking for a mirrorless camera that shoots great 4K video, without the high price tag that often accompanies those requirements? The Panasonic Lumix G7 should be right at the top of your list.

It packs in many of the features found in high-end competitors, at a lower cost. You can easily extract 8MP images from its high-quality 30fps 4K video footage or shoot limitless shots at the same resolution in burst mode. The camera ships with either a 14-42mm or longer 14-140mm lens, but is also compatible with a wide range of Panasonic lenses. Adapter kits for third-party lenses are also available.

There's an electronic viewfinder and a range of accessories from stereo microphones to external flash kits and more. Wi-Fi connectivity lets you easily control recording options and pull footage from the camera via the Panasonic Image app.

You don't get weather sealing or built-in image stabilization, but if those aren't deal-breakers, the Lumix G7 is an awful lot of camera for not a great deal of money. 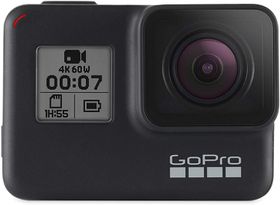 Courtesy of Amazon
View On Amazon View On Best Buy

If you’re looking to capture 4K video footage without risking expensive DSLRs, there’s only one direction to go: the GoPro HERO7 Black. For its compact size, the camera captures unrivaled 4K video footage at 60fps. But perhaps the best new feature is the HyperSmooth technology, which provides gimbal-like stabilization (without the gimbal) and the results speak for themselves: there’s far less jumpiness and bouncing around.

It's impressive that you can find all of this in a body that’s 1.75 x 2.44 x 1.26 inches in size. Throw in a rugged build that’s waterproof up to 33 feet and can handle drops and bumps, and you’ve got a winner. If you weren’t already sold, voice control adds one more reason to give the GoPro a serious look. Just say “GoPro, start recording” and you’re off. 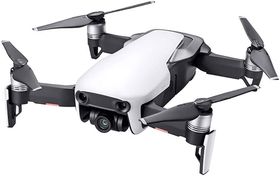 Sweeping aerial footage of beautiful beaches and wide-open landscapes is everywhere, and it's the strong competition in the drone market that's driving it. Market leader DJI offers a range of high-end consumer drones, with the pint-sized Mavic Air quadcopter being the model to beat right now.

Noticeably smaller and lighter than most of its competitors, it folds up to fit in a jacket pocket, making it ideal for travel or anywhere you'll need to carry your drone a significant distance. Thanks to its three-axis gimbal, the Mavic Air shoots vibrant, crisp and stable 4K video at 30fps, but that's just the beginning. The drone has a top speed of 40mph, with an upgraded collision avoidance system that means you're more likely to get your expensive investment back in one piece afterward. There's a bundled dual-joystick controller for easier flying, with a range of up to 2.5 miles.

Flying for up to 21 minutes on a single charge, the Air will automatically return to you when the battery level gets dangerously low. If that's not long enough, it's worth investing in the "Fly More" bundle, which among other things, adds an extra pair of batteries.