Don Reisinger
Don Reisinger
Writer
Don Reisinger is a tech writer with more than 12 years' experience. His work has appeared in Fortune, PCMag, CNET, and The New York Times, among others.
lifewire's editorial guidelines

The best 32-inch monitors should offer great viewing angles, high resolution for multimedia work and games, and ideally some built-in software to help manage screens and maximize productivity. Monitors of this size can vary from 1080p to 4K in resolution, and they might come with a regular aspect ratio or be curved or ultrawide in order to maximize how much you can see.

Our top pick in the category is the Samsung U32J590UQN at Best Buy, a 32-inch 4K monitor with great viewing angles and a rich display. Colors are accurate and it even comes with FreeSync for smoother frame rates while gaming. For those who are considering other options, you may want to take a look at our list of the best computer monitors.

Read on for the best 32-inch monitors. 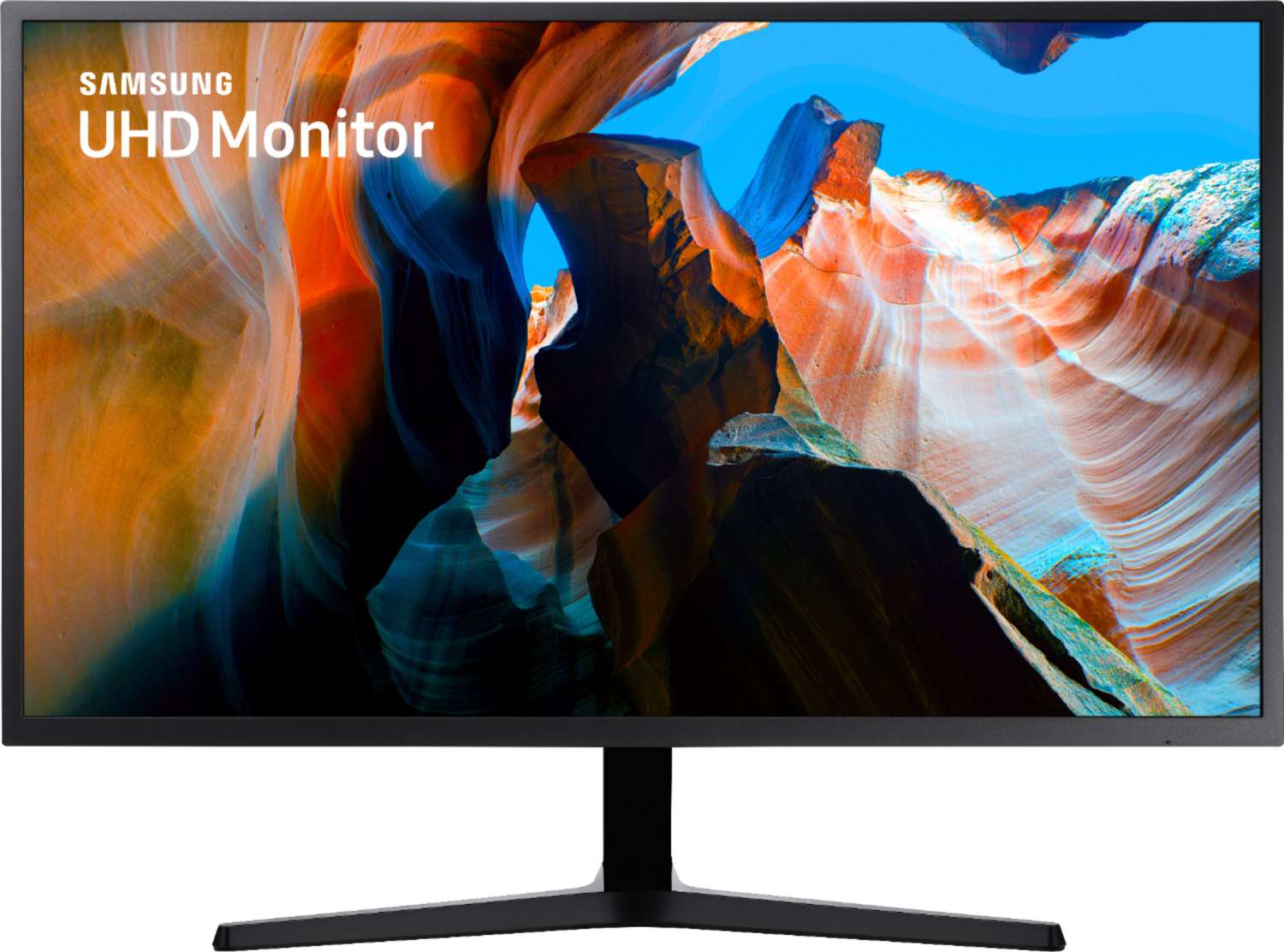 The Samsung U32J590UQN is a rare breed. It's a 32-inch 4K monitor available at a fairly reasonable price. The key selling point here is the large, high resolution real estate for graphic design work, multimedia content viewing, and photo editing. Brightness is high and the 178 degree viewing angles let you see the screen from just about any sided. Deep blacks and high contrast are also a boon to graphic designers.

If you want to use the monitor for gaming, it can serve reasonably well. The response time is 4ms, not as high as high-end gaming monitors, but high enough to keep up for games and video work. The refresh rate is 60Hz, which is what most 4K monitors are, but FreeSync is built-in if you have an AMD graphics card, giving you smoother frame rates. 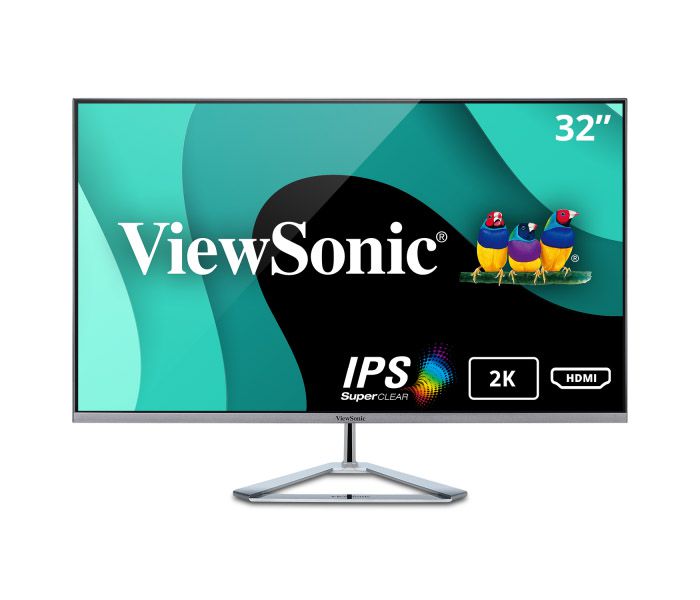 If you’re hoping to save a few bucks without sacrificing picture quality, look no further than the ViewSonic VX3276. The 32-inch screen comes with a 1080p resolution for an HD viewing experience. The monitor has a widescreen design that maintains its 16:9 aspect ratio, plus the built-in HDMI, DisplayPort, and VGA ports mean you can connect a variety of devices to the monitor.

ViewSonic’s monitor offers flicker-free technology and a blue light filter for reducing eye strain. And the split-screen technology allows you to view multiple apps on the screen at the same time and arrange them in a set of several pre-defined templates. According to ViewSonic, the feature will dramatically improve productivity in the corporate world.

The ViewSonic monitor’s best feature might just be its price. Although it might be expensive when examining the broader monitor market, in 32-inch screens, it offers an outstanding value and something that could attract shoppers who want a top-notch visual experience without emptying their wallets. 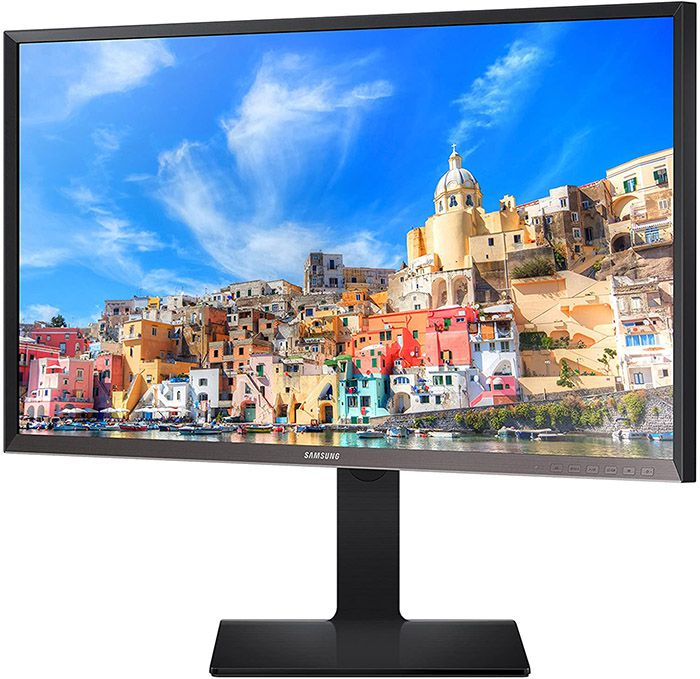 There are a variety of screen technologies in the monitor market, including devices that use LCD, OLED, and LED. But if you’re in the market for LED monitors that offer superior brightness and power-efficiency, Samsung’s S32D850T is the way to go.

Samsung’s monitor has a quad-HD resolution that measures 2560 x 1440. According to Samsung, the resolution will offer a picture that’s about 1.8 times clearer than full-HD would be. So, if you’re playing video games or watching movies, the visuals will be better than what you’d get on a midrange television.

The Samsung monitor comes with thin bezels around the screen and has a sizable base at the bottom to protect your display. But you won’t necessarily find too many extras in the monitor, so if you want additional features, you'll probably end up paying more.

The best 32-inch monitor to buy is undoubtedly the 4K Samsung U32J590UQN (view on Best Buy). It comes from a reputable brand, has an IPS display with great viewing angles and color accuracy, and the Screen Split 2.0 software can keep you multitasking without a problem. Our budget pick is the ViewSonic VX3276 (view on Amazon), a 32-inch 1080p monitor with a flicker-free display offering affordable productivity.