Not everyone is in the market for a high-end smartphone. As great as they are, these fancier phones do come with a pretty high starting price (the latest iPhone models start at $700, for example). They come with a lot of capabilities, but also a lot of complexities.

If the main goal is to be able to phone someone, you can make life easier by going with a more basic phone. And if that’s what you are looking for, just buy the Nokia 3310 3G. It’s likely the phone you are thinking of without even knowing it. You can listen to the radio or even some MP3s if you're so inclined, or just use it as a basic phone to keep in touch. 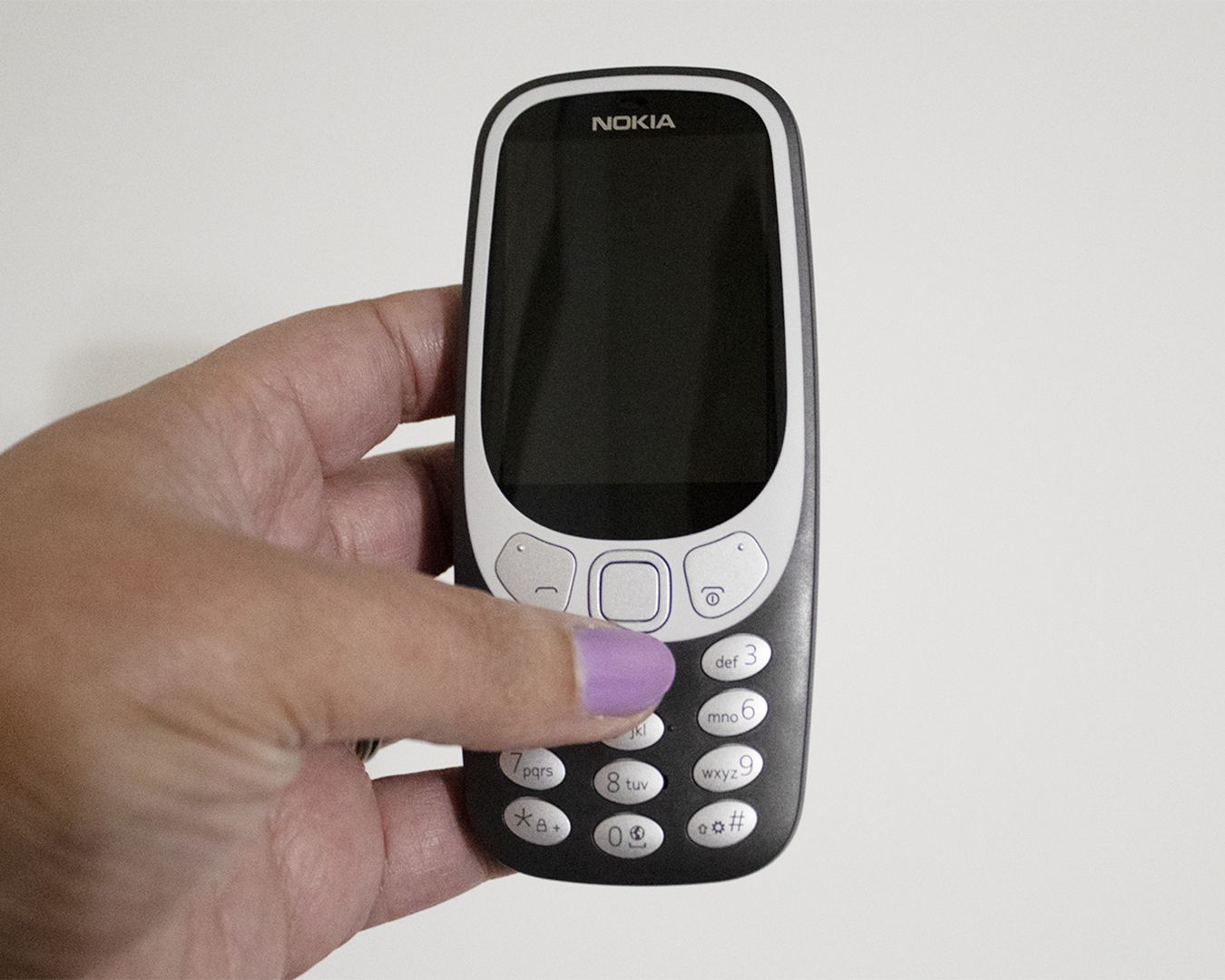 View On Amazon View On Best Buy View On Adorama.com
What We Like
What We Don't Like

Nokia phone updated to the 3G network (which means it’ll work most everywhere). You can text, make calls, and even listen to the radio or some MP3s.

But to cut to the chase, if you need a basic cell phone for modest cell phone needs, the Nokia 3310 3G is what you are looking for. 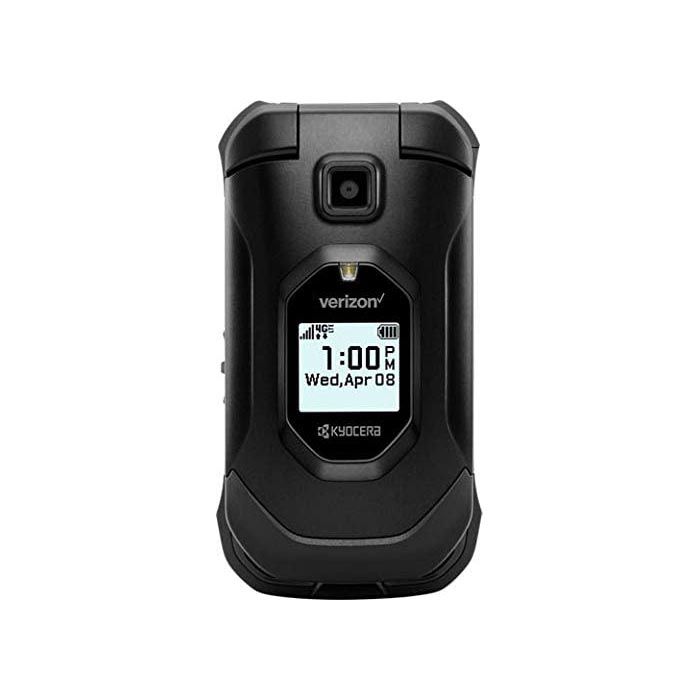 We have to give the Kyocera DuraXV Extreme E4810 credit, they aren’t kidding about the extreme part. You can drop this 5 feet onto solid concrete or let it sit in 6,5 feet of water for 30 minutes. The phone is also certified to be in Class 1, Division 2 hazardous locations. We’re not even sure if we’re capable of being there!

Extremeness aside, this is a good, basic phone with camera and video capabilities, really loud front-facing speakers (if you need them to be loud), and it can act as an LTE mobile hotspot for 10 devices. Simply put, this is a basic cell phone that can be put through more-than-basic conditions. 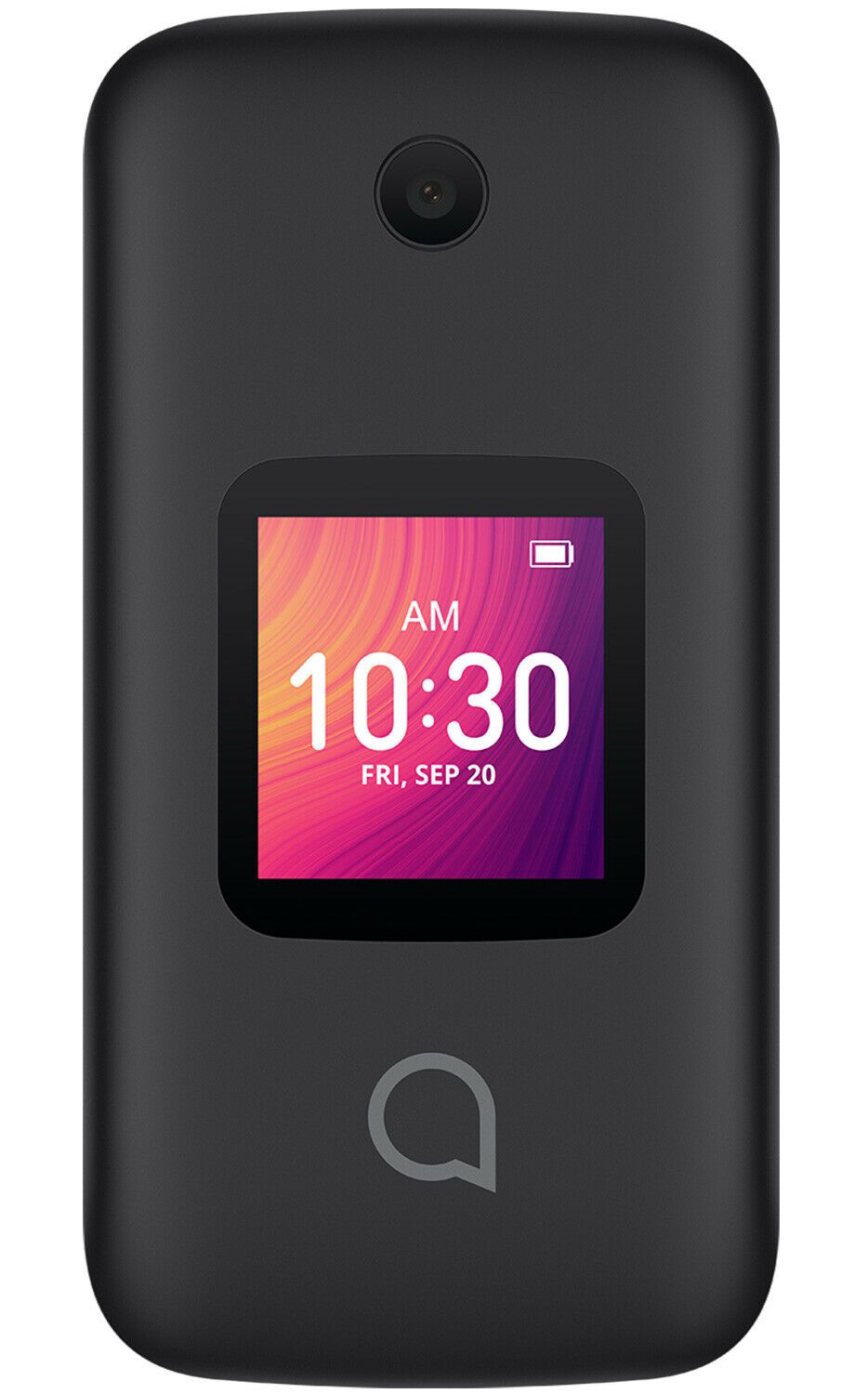 This phone is only for T-Mobile customers, but if it weren’t the Go Flip 3 would likely be our best overall pick. It’s got everything we look for in a basic phone. In fact, thanks to features such as web browsing, email, calendar options, and, heck, even supporting Google Assistant, it’s fair to call this a "basic plus" phone.

It runs on T-Mobile’s 4G/LTE network, so calls should be clearer than those limited to 3G networks. The battery is rated for 7.9 hours of talk time, which should be more than enough to get you through a pretty full day. 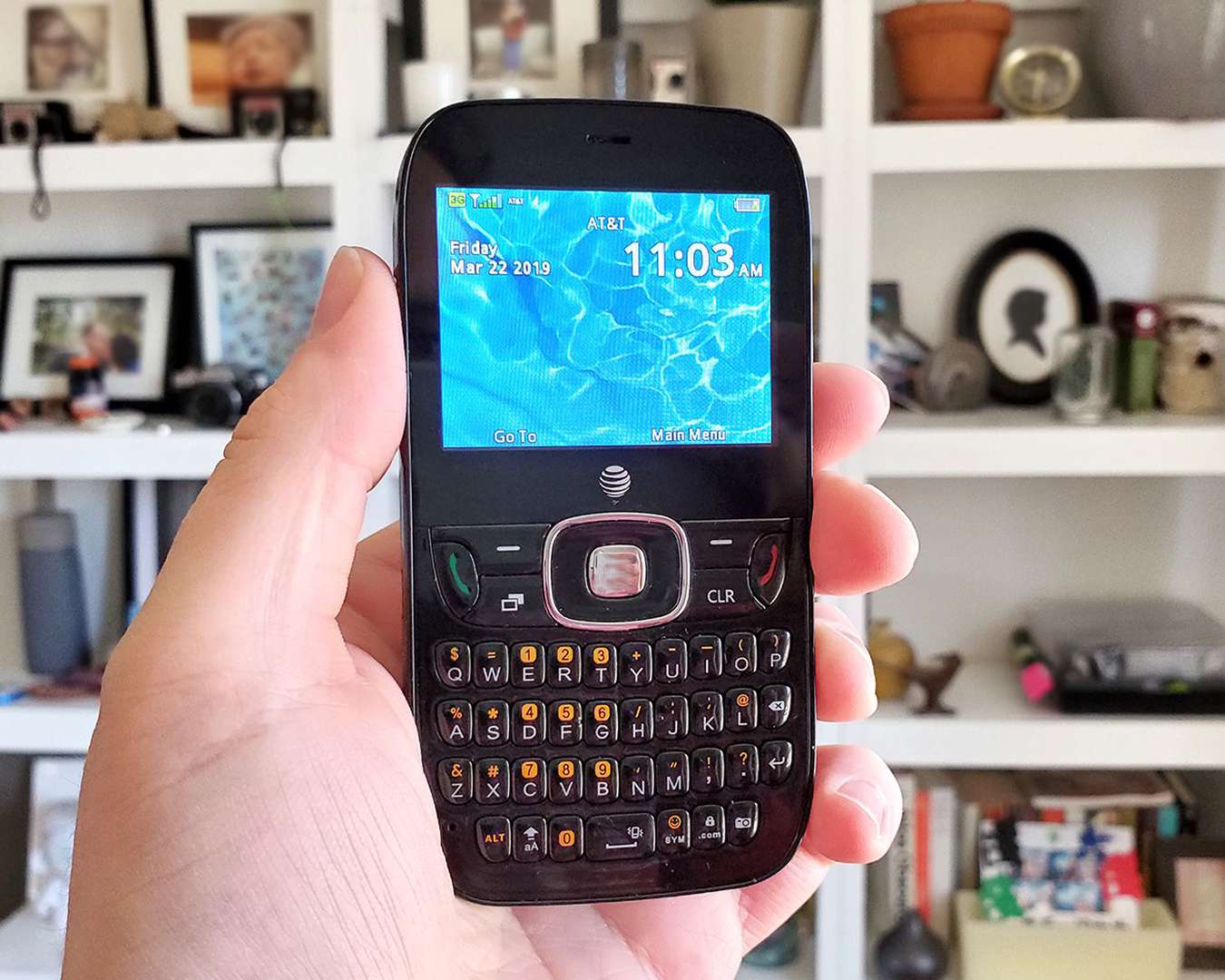 The ZTE Altair 2 Z432 works only with AT&T. With that out of the way, it’s a great phone for folks who primarily communicate via texting. It’s got a physical keyboard for those who find that more comfortable than using a touchscreen.

The phone's screen is large enough to read incoming texts, navigate the menu, and screen incoming calls via Caller ID. Keep in mind if you get this phone we mean it when we say it’s best for texting. The phone’s talk time is limited to just 4 hours.

The keys on the ZTE Altair 2 Z432 are very, very small, but they work pretty well. Overall, though, it's a better experience than texting with number keys, and that could make a world of difference for some users. It's not a very swift phone. There's a slight pause when accessing the main menu, for example, as well as when switching to any other application or tool within that menu. It's fine for texts and calls, but if you're trying to load websites, you'll surely notice the sluggish speeds. Everything on the LCD screen has a slightly blurry look to it and text can be a bit fuzzy. The audio output is a bit tinny and definitely confined. At least call quality was steady, clear, and easy to hear when using the earpiece. The camera isn't equipped to capture much detail, and the low-resolution shots that come out are consistently fuzzy. ZTE suggests this phone can last up to 10 days on standby mode; when we left the phone idle for a few days, we were surprised to see the battery bar hadn't moved an inch. However, given this is an older phone, the battery that ships with your phone might already be deteriorating. On a couple of occasions, when we fully charged the phone, the battery bar was already partially depleted. Some of the key features also just don't work anymore. We first hit that snag when trying to set up an email address with the built-in program, and found that we couldn't set up a Gmail address. — Andrew Hayward, Product Tester 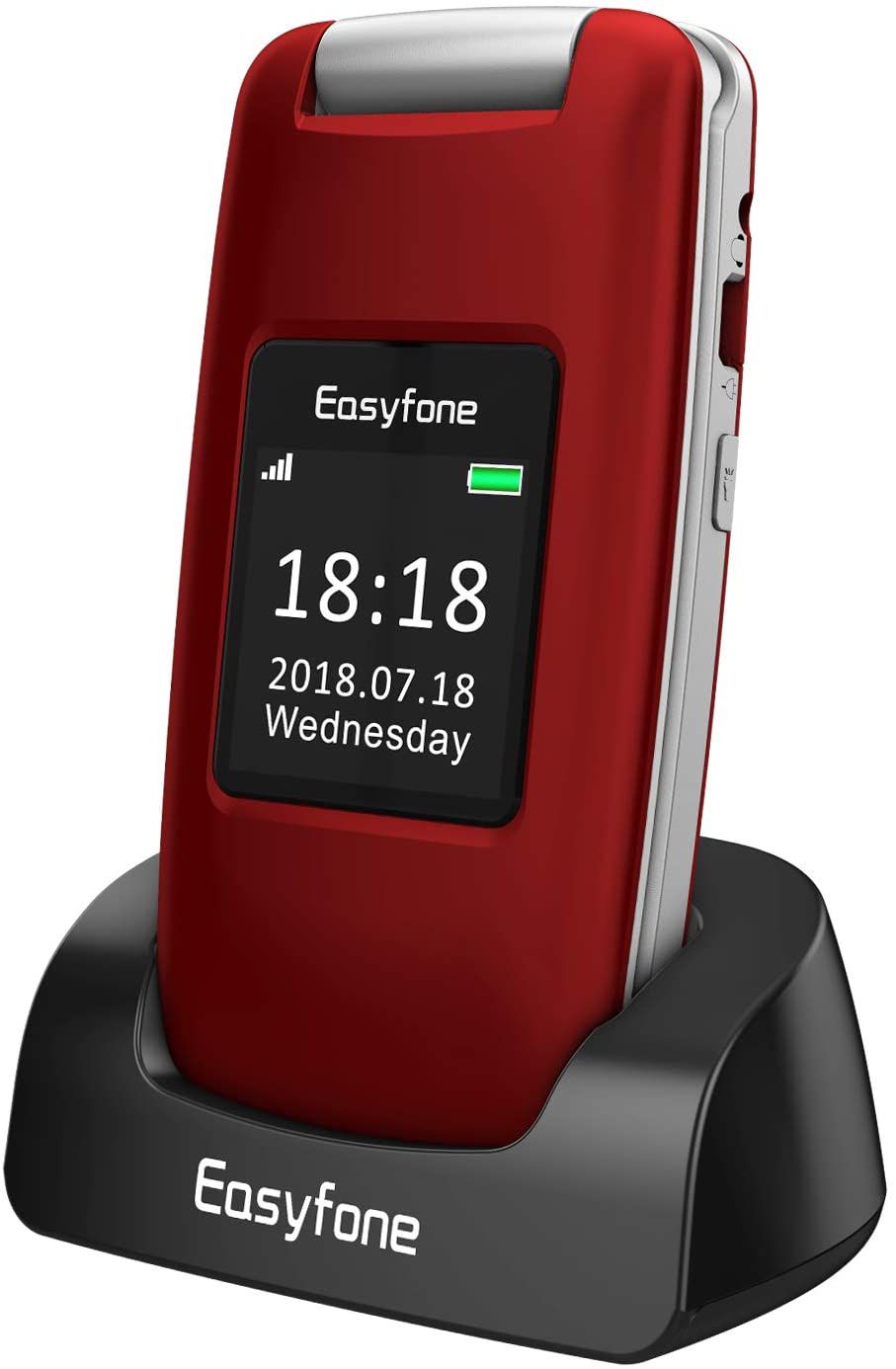 As phones turn into computers, their complexity goes straight up and understanding how they work goes straight down. The Easyfone Prime A1 is aimed at senior citizens who need a simple phone to make and receive calls.

It’s got a big screen and big buttons to help those with poor vision, plus a hearing aid compatibility mode to avoid electronic feedback while talking on the phone. In an emergency, the Easyfone A1 has an SOS calling feature that will rapidly dial up to five contacts and features storage for critical personal and medical information that first responders can access.

The Best Cell Phones for Seniors of 2023
Final Verdict

If you don’t want to think about which basic cell phone to buy, then buy the Nokia 3310 3G (view at Amazon). It’s what you want without even knowing it.

What to Look For in a Basic Cell Phone

In the world of basic cell phones, you'll often find that your battery life is measured in days or even weeks. Unlike smartphones, basic cell phones don’t have to continually process many complex actions. Thoroughly review the phone’s specs to identify the one that offers maximum talk time and standby time. To eliminate how often you need to charge your phone, also consider how many advanced features there are, as they may cut into your battery life.

If you're buying a basic cell phone, it's at least partly because you don't want to deal with the complexities of a modern smartphone. While most basic cell phones are inherently simple, some are surprisingly complicated. Today’s basic phones can include features such as texting, taking photos, or listening to music. Aside from premium features, some fully loaded basic phones have complex interfaces. While looking for a basic phone, make sure it has an interface that makes it fairly easy to place and answer calls.

Basic phone users and smartphone users alike can benefit from extra storage. Today, most basic cell phones include a camera. If you plan on taking photos or videos, you'll want to ensure the phone has enough storage. Getting a phone with expandable storage can help if you’re unable to transfer your memories from the phone to a computer. With expandable storage, not only are you able to add more capacity, but you’re able to easily swap memory cards when the current card gets full.

Nicky LaMarco has been writing and editing for more than 15 years for consumer, trade, and technology publications about many topics including: antivirus, web hosting, backup software, and other technologies.

Andrew Hayward is a Chicago-based writer who has been covering technology and video games since 2006.